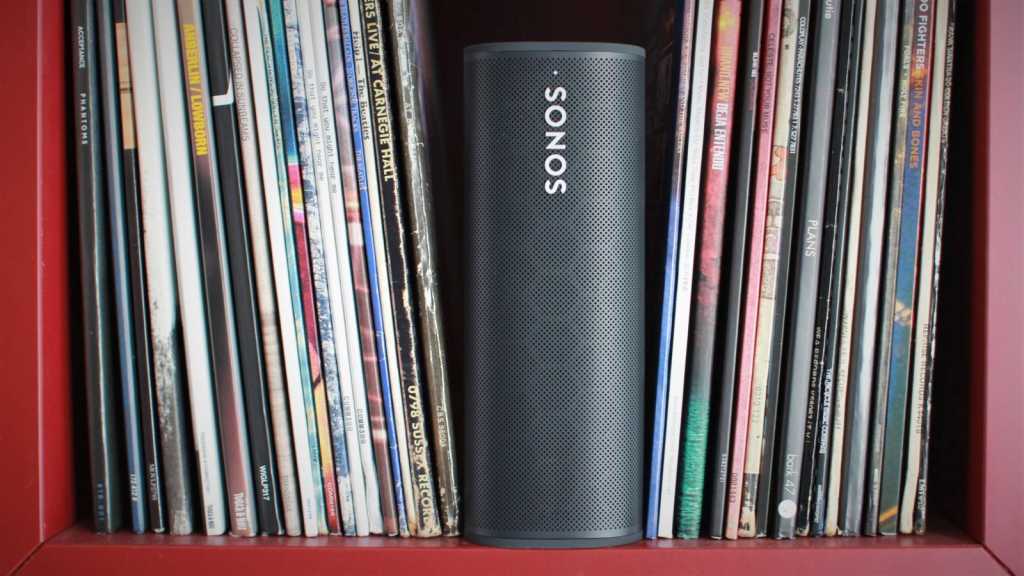 Apart from a couple of small niggles, the Sonos Roam is a brilliant speaker combining Wi-Fi, Bluetooth and smart features into a stylish, compact and durable design.

The first new Sonos speaker of the year is the firm’s smallest and smartest yet. Here’s our full Sonos Roam review.

The Roam is a truly portable Bluetooth speaker that still works over Wi-Fi in the home as part of a wider Sonos system. It follows the Sonos Move, which was the firm’s first Bluetooth speaker. But the Move’s 3kg weight and bulky size mean it’s not the easiest thing to take away from the home and garden.

Well, the Roam fixes that problem and brings other features to the table, such as wireless charging, making this speaker more accessible. It puts Sonos in more direct competition with the likes of Bose, Sony and UE.

In the world of Sonos, the Roam is tiny. It’s just 1/6th the size of its big brother, the Move, standing at 168mm tall and weighing only 430g.

The Roam doesn’t have to stand on its end, but this is the orientation that makes the most sense. It takes up less space and the buttons are on the end so it’s a lot easier to use them. Furthermore, the wireless charging is on the opposite end – I’ll talk about this more later.

Its triangular shape with rounded corners reminds me of the stunning Kef Muo and I love the way you can see, if the light is good enough, the honeycomb structure behind the outer mesh.

It was originally available in the usual options of Shadow Black and Lunar White but Sonos now offers the Roam in three other colours at no extra cost: Olive, Sunset and Wave. 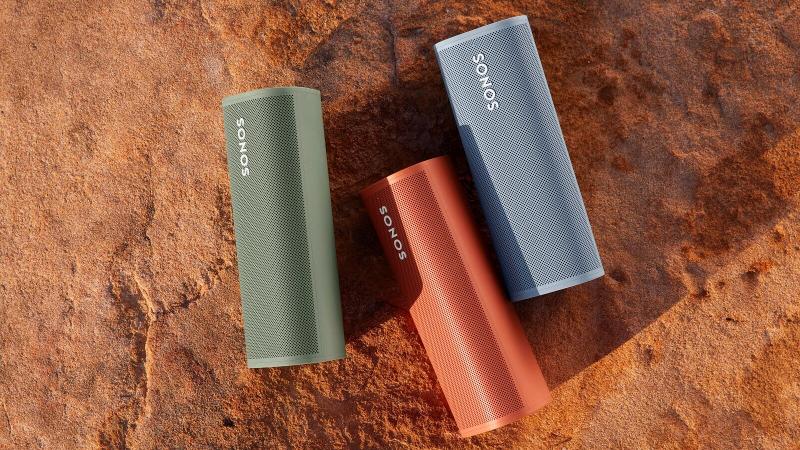 The rubbery ends are grippy and concave to avoid accidental button pushes and the buttons are traditional rather than touch-sensitive. One extra button on the back is for power and manually switching to Bluetooth.

As the Roam lacks the usual join button found on other Sonos speakers, the setup process is a little different. It takes longer, but the app guides you through it no problem. 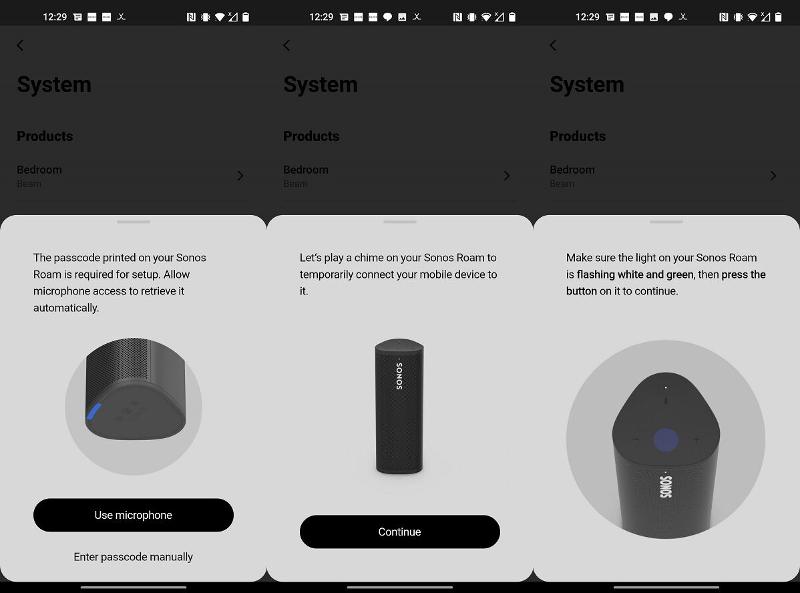 The LED next to the microphone indicates its status but there are two further LEDs on the front, making things a little confusing. The one by the Sonos logo is a status light for connection, mute and errors while the one at the other end is dedicated to power and charge.

The shape makes it easy and comfortable to pick up and should help it avoid rolling over if you put it on its side. There are also four little rubber feet for this orientation. Sonos has improved the durability compared to the Move, upping the IP rating from IP56 to IP67.

That’s as high as many flagship phones and means it’s fully dust-proof and can be submerged in 1m of water for up to 30 minutes. The Roam is pool party-ready.

Inside the Roam is a ‘custom racetrack’ mid-range driver, along with a tweeter. These are powered by two Class-H amps and as usual, Sonos doesn’t state specs like a frequency range or similar.

The important thing is that the Roam sounds great, offering much better sound quality than you’d expect for a speaker of its size. 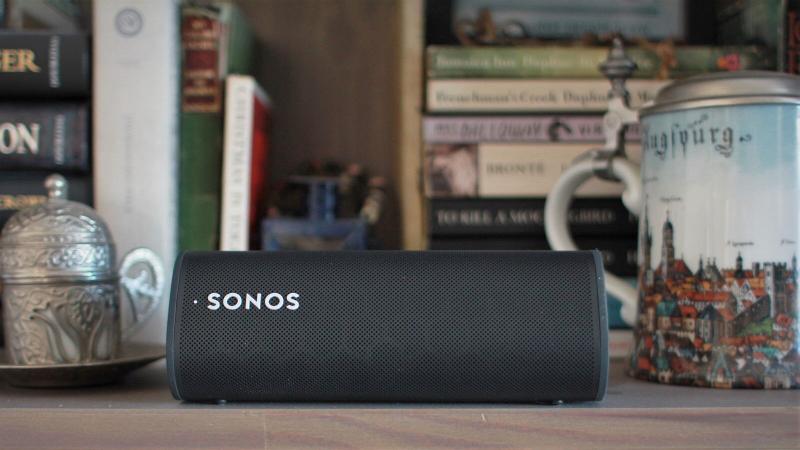 Like the Move, the Roam features automatic Trueplay so it will retune itself every time you move it. It’ll even do this on Bluetooth. As mentioned earlier, you can place it upright or on its side depending on where you’re using it.

The amount of warm, rich bass the Roam is capable of producing is astonishing and it’ll fill an average UK living room without breaking 50% volume level. It’s also decent outdoors, projecting well, although the Move is more suited for this, especially if you’re having a big party.

While the bass does slightly dominate, the mid-range is still true to form and there’s enough top-end treble to keep things well-rounded. 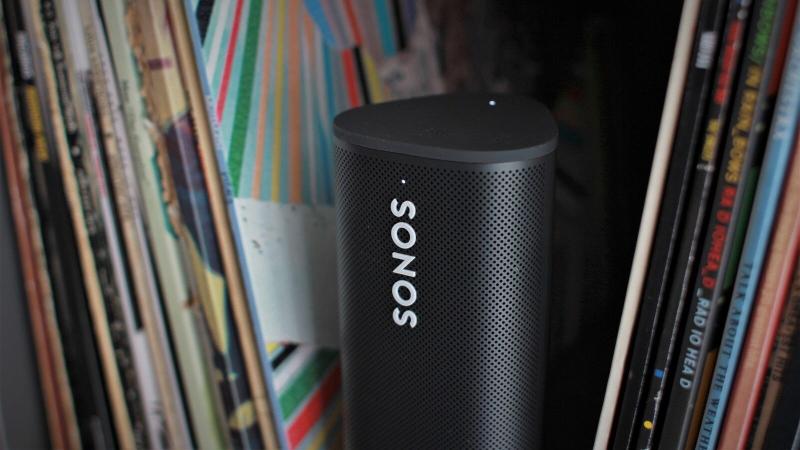 Things do get a little muddled when you really push the volume level up but I can’t say I’ve ever tested a speaker this size that doesn’t have the same problem. It’s unlikely you’ll need to push it beyond about 70% anyway, where it still sounds great.

If you don’t find that the Roam suits the music or other audio you’re playing through it, you can always adjust the bass and treble levels in the Sonos app.

There’s a new feature called Sound Swap. When you’re at home (and have other Sonos speakers), you can long-press the play button on the Roam and the music will automatically transfer to the nearest speaker. You can also do the reverse and pull it from a speaker if you’re, for example, heading out into the garden.

It works very well and feels a little magical, although there can be a slight delay for the music to move. 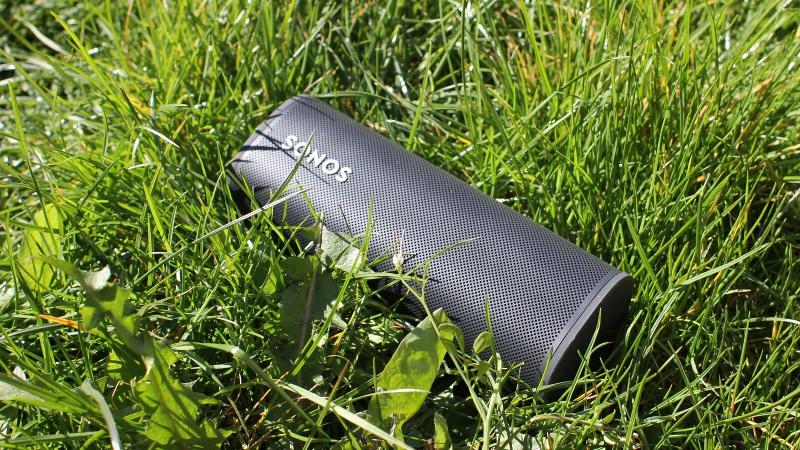 More and more Bluetooth speakers are getting ‘ smart’ in the sense that they support digital assistants like Amazon Alexa and Google Assistant. Note that this is limited to when you’re on Wi-Fi, though, as are things like making a stereo pair if you get two Roams.

The exception is that Siri works when using AirPlay 2 but it’s a shame you can’t use your phone’s data connection for digital assistants or even hands-free calls. This is possible because the B&O Beosound A1 (2nd-gen) can do both.

It pretty much goes without saying but just in case, the Roam can’t be used as rear surround speakers with a Sonos soundbar. Nor can it be used with a Sub.

Despite being so much smaller than the Move and having a battery half the capacity (18Wh), Sonos has still managed to offer up to 10 hours of battery life from the Roam; that’s only one hour less than its bigger brother. 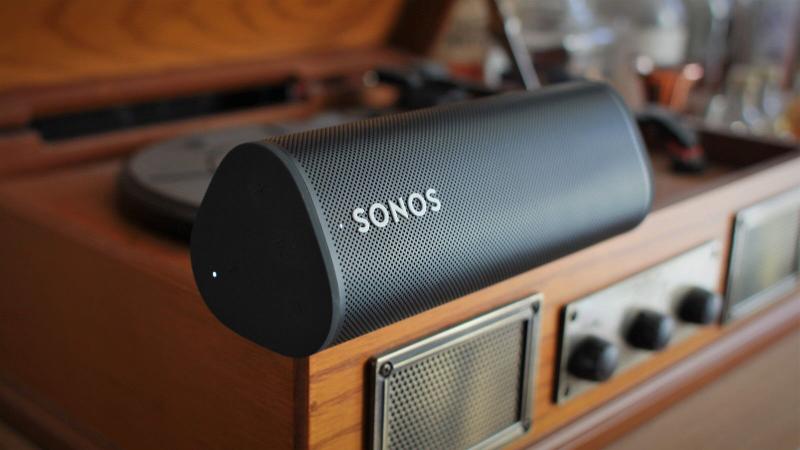 In my testing, you can get the advertised 10 hours but the battery level isn’t always a good indicator of lifespan. After a couple of hours of usage, the battery had dropped to 90% (suggesting 20 hours), then after three hours it was down to 80%.

While you’ll get a good amount of playtime, rivals do offer a lot longer, with some lasting more than twice as many hours.

When it comes to charging, the Roam doesn’t come with a base like the Move. Instead, it has a USB-C port on the back with up to 15W charging. Only a cable is supplied in the box. 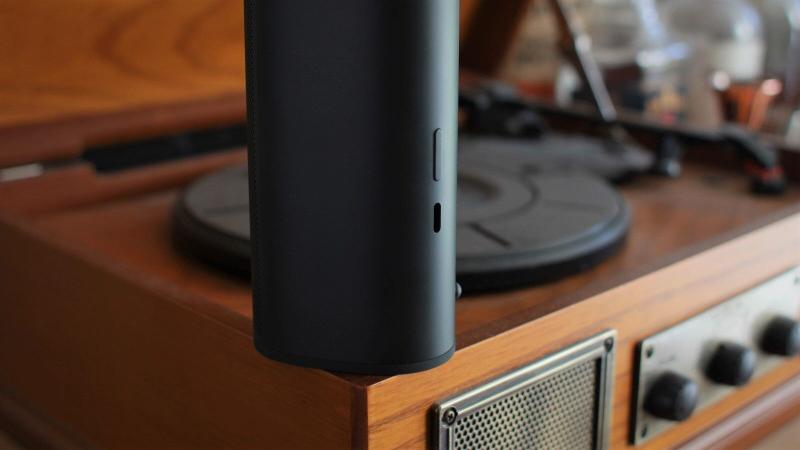 For the first time on a Sonos speaker, there’s wireless charging. You can use it with any Qi-certified device or get the official Roam Wireless Charger which is IP54 and snaps on with magnets.

I haven’t tested it, but it’ll be really useful if you don’t already have a compatible wireless charger. It’s a little pricey at  £44/US$49 considering it offers 0-50% charge in two hours, so a cheaper one for your desk/bedside table that’ll also be good for your phone might be a better choice.

Find a wireless charger here and learn about how we test audio. 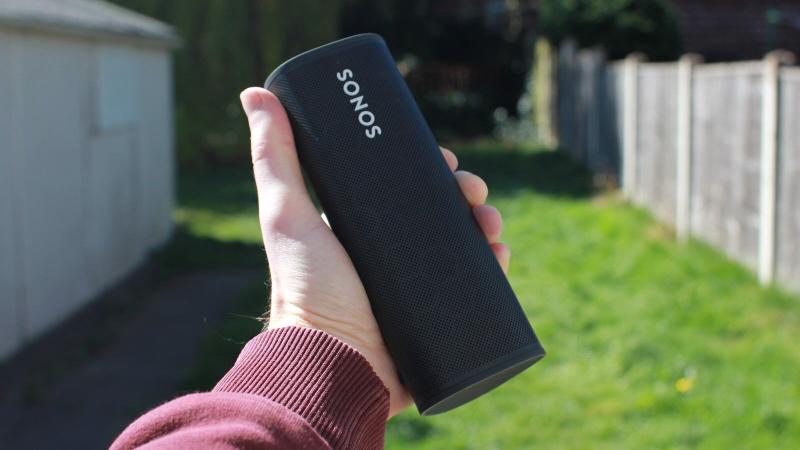 You can buy it from Sonos or John Lewis in the UK. The official store offers a two-pack but with no discount.

In the Bluetooth speaker market, it sits in between rivals such as the £129 Marshall Emberton and B&O Beosound A1 (2nd-gen) at £200. It matches £179 Bose SoundLink Revolve II. 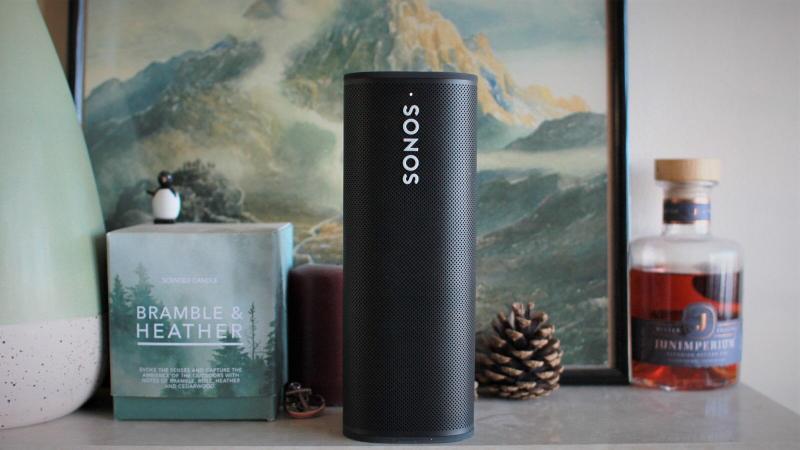 Overall, Sonos has done a great job with the Roam by offering something far more compact and cheaper than the Move.

Even as a straight Bluetooth speaker it fares well against rivals on design, price and sound quality.

However, you’re going to need to use the Roam on Wi-Fi at home as well to fully make the most of it. And ideally with other Sonos speakers, too.

In this situation, it’s the most well-rounded and versatile speaker I’ve ever tested. You could arguably fill your house with Roams plugged into cheap chargers to create an affordable Sonos multi-room setup.

It’s stylish, compact and has a clever multi-orientation design that’s also IP67. Add things like wireless charging and Sonos exclusive features like Sound Swap and it can do more than rivals.

Really, the only complaints I have relate to battery life, only because rivals last longer, and the way Bluetooth is limited to streaming despite the possibility of doing more – like using it for calls or your phone’s digital assistant.