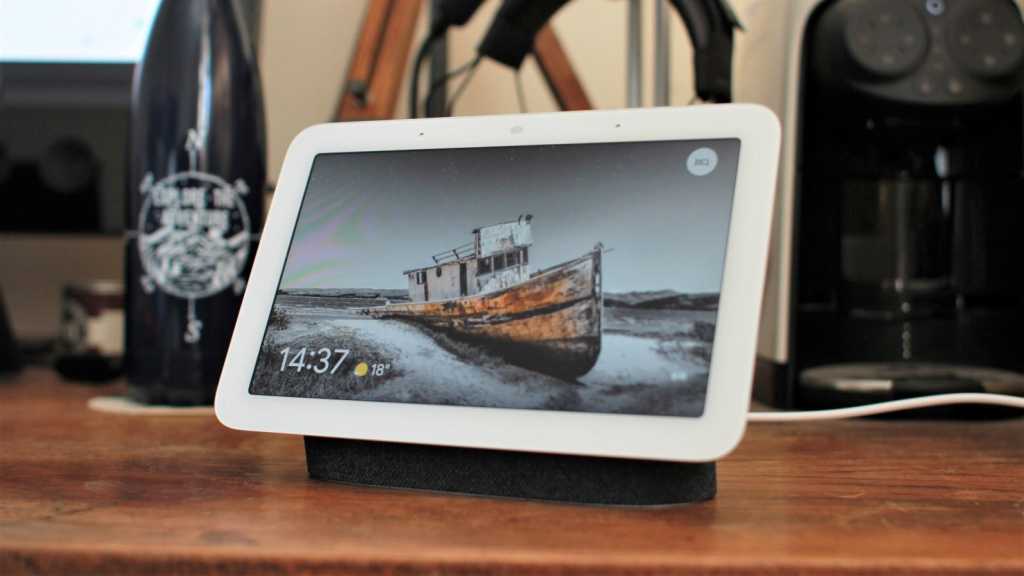 The Nest Hub 2 improves on an already good smart display but potentially paying for Sleep Sensing in the future puts a big question mark on value.

It’s been a while coming but the much-anticipated 2nd-gen Google Nest Hub is here. One of the highlights is a feature called Sleep Sensing which is achieved via a clever radar system. There are a few design tweaks and other upgrades.

It remains one of the best smart displays you can get, but sleep tracking is only useful if you plan to put the Nest Hub 2 in your bedroom. Otherwise that headline feature won’t get used.

There are also some question marks over how Sleep Sensing will work in the future as, for now, it’s only a free preview.

Although it’s been a while since the original launched, Google hasn’t changed the design of the Nest Hub much at all. It’s still a floating screen on a fabric base. Like its predecessor, there’s no camera, which means no video calls. For that, you’ll want a Nest Hub Max, or an Amazon Echo Show.

At first, you’d maybe struggle to notice any difference and that’s because the main upgrade is a subtle change. The glass of the screen now goes all the way to the edge with no plastic bezel around it, which creates a more stylish and premium look.

With a little bit of light coming into the edges of the glass, it often gives a sort of frosted effect. The bezel around the display is still a little chunky – partly as you need to swipe in from the edges – and is white regardless of which colour Nest Hub 2 you choose: Charcoal, Chalk, Sand and a new Mist option that matches the Nest Audio.

In keeping with the current trend in the tech industry, Google has the environment in mind and the enclosure (including the fabric) is made from 54% recycled plastic.

There’s little else to say about the design other than to point out the microphones and array of sensors above the screen, while on the back you’ll find a volume rocker and mic switch that disables the microphones at a hardware level.

One of those partly hidden sensors above the screen, along with the Ambient EQ light sensor, is Google’s Soli radar which was used in its Pixel 4 phones. They used it – to a middling degree of success – for Motion Sense, which allowed you to do a few things without touching the phone.

While it does a similar thing in the Nest Hub 2 – you can snooze an alarm or pause/play music or video (although you can’t skip tracks) via Quick Gestures – it can do something far more impressive.

The radar, with help from other hardware, can track your sleep. And because this is radar there’s no need for a camera like the Nest Hub Max which many people would understandably be uncomfortable about putting in their bedroom. 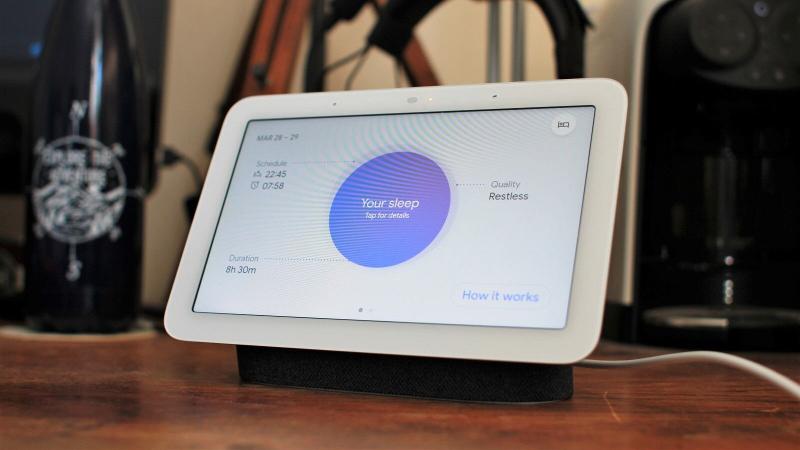 The Soli radar monitors your movement and breathing in bed, and microphones listen to coughing and snoring. Other sensors are aware of things like lighting conditions and temperature.

If you’re still worried about this data being recorded (despite the lack of a camera), know that the coughing and snoring audio are only processed on the Nest Hub itself. Event information is sent to Google servers but the firm says no data is used for advertising. You can also delete your data each day by simply asking and a little bed icon sits in the corner to let you know Sleep Sensing is active.

Sleep Sensing is optional, so you can turn it off or you can disable coughing and snoring detection.

There was no mention of the feature during setup, so you might not even know it’s there. It’s also not that obvious how to get it working as asking Google Assistant for it simply gave me a summary of what it is.

Each morning you get a summary of your night’s sleep with a basic overview of the key elements such as duration and quality. You can then swipe left to see how much you coughed, your respiratory rate and minutes snoring. What you don’t get, as you can with a wearable device, is a breakdown of light, deep and REM sleep. 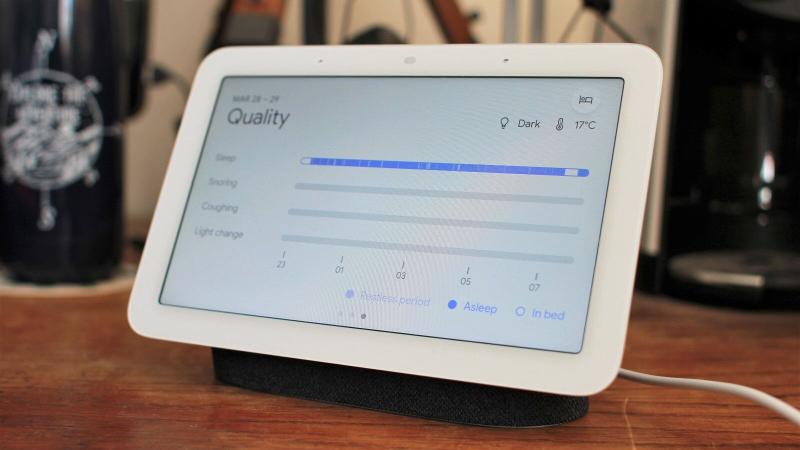 Clicking the circle on the first page gives you a deep dive into duration, schedule and quality where you can see various things like a restless period, a light change, the temperature, how dark it was, when you were in bed but not sleep and a lot more.

Get the Google Fit app and you can get all this data there, too. In fact, you even get a graph showing your respiratory rate during the night.

The level of detail is impressive but I did experience a few problems. Namely that, although the radar is supposed to ignore the person on the far side of the bed, on a couple of occasions it carried on tracking my wife after I had got up.

I tried to avoid this problem by turning off Sleep Sensing in the morning but a better workaround seemed to be adjusting my intended wakeup time a bit earlier so the Nest Hub wasn’t expecting me to come back to bed.

Giving you loads of data about your sleep may be helpful if you can pick out an issue but the Nest Hub will also aim to give you personal recommendations based on what it knows. So, it might advise you that it’s too light, too hot or suggest investing in some new bedding if you’re coughing too much.

I’ve been using the Nest Hub 2 for a weeks’ worth of sleep, which sadly isn’t long enough to get recommendations as you need 14 days of consecutive sleep. Google didn’t supply the review sample with enough time so I’ll come back and update this once I’ve used it long enough.

There’s a huge caveat that you need to consider if you’re thinking about buying a Nest Hub 2 for your bedroom. For now, Sleep Sensing is a ‘free trial’ until 2022. 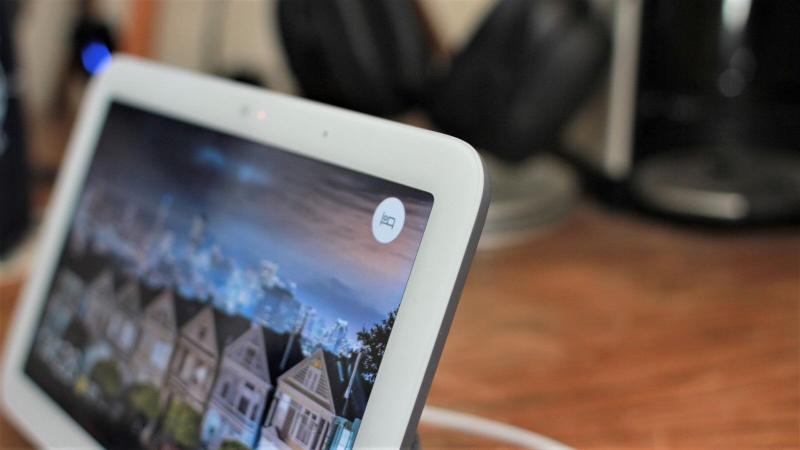 In my briefing for the device, Google said it will take a look at how the trial has gone and decide whether to charge a subscription fee. However, an online help page for the Nest Hub clearly states that “After the preview ends, a paid subscription will be required.”

Assuming it will be, it’s a fact that’s likely to put off potential buyers. Subscription services are everywhere these days, but it seems unnecessary here. Plus,  we don’t know how much it will cost yet.

Something else to note is that Fitbit might be factored into Sleep Sensing in the future. Google owns the company as it looking into ways it can integrate Fitbit and Fitbit Premium.

The Nest Hub 2 is largely the same the first model but Google says it has improved sound quality with a 50% boost in bass. 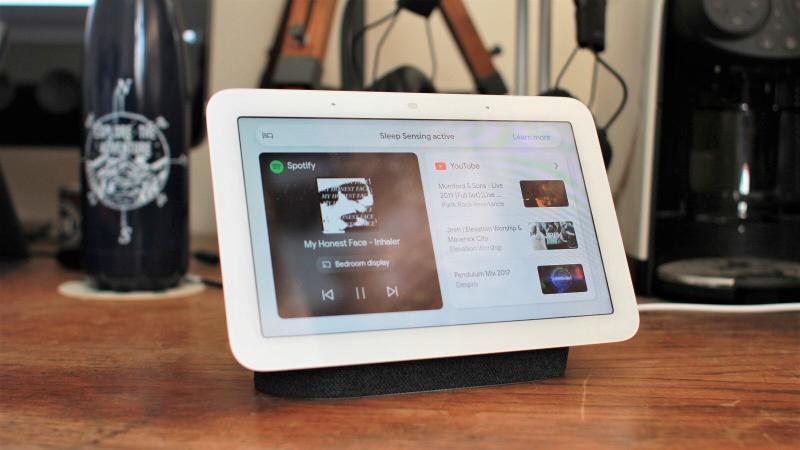 I’ve been using the original Nest Hub since launch and I wouldn’t say the improvement is quite a 50% boost, it does sound a little better. Don’t expect anything close to a speaker like the Nest Audio, though, this is more akin to the Nest Mini with a 1.7in full-range driver.

As before, you can adjust the bass and treble in the Google Home app to tweak the tuning to your liking.

As I mentioned earlier, Google hasn’t changed a whole lot about the Nest Hub so you still get a 7in touchscreen (1024 x 600 pixels) which can adjust itself based on the ambient lighting conditions. It still works very well.

You can interact with the Hub’s interface by touch as well as your voice. Swiping around the different panels is fairly intuitive although can be a little laggy at times. 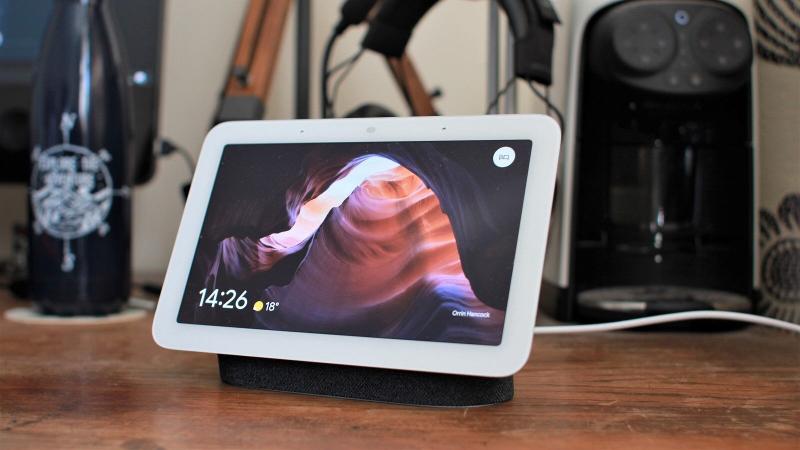 If the Nest Hub 2 was a budget 7in Android tablet we wouldn’t expect it to have a very powerful processor so, at this price, it’s hardly surprising.

There is now a third far-field microphone to hear you better. I rarely had any issues with its predecessor, but it might help if the Hub 2 is in a noisy environment.

In terms of connectivity, you get Bluetooth 5.0 and dual-band Wi-Fi 5 and there’s a Chromecast built-in. This means you can cast various things to it from your phone such as Netflix and Disney+. There are still apps that are unsupported, though, such as ITV Hub.

It doesn’t matter yet, but the Nest Hub 2 also has Thread radio which will work with the new Project CHIP (connected home over IP) standard in the future. Google says this will make it easier to control your connected home.

Even without Thread, there are almost endless things you can do with a smart display. The Nest Hub 2 with Google Assistant is a calendar, digital photo frame (a great way to see your Google Photos), alarm clock and more. 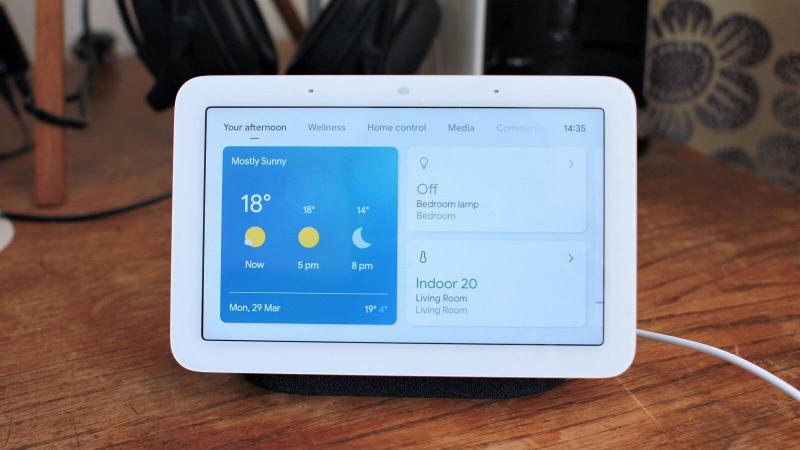 Unlike the Amazon Echo Show, the Nest Hub 2 gives you access to the mobile version of YouTube that’s better suited to a screen this size, and doesn’t force you to use a web browser and the desktop version of the site.

You can control other smart devices around your home like a thermostat, light bulbs, cameras and you can also call or broadcast to other Nest devices you might have around the home.

The Nest Hub 2 costs £89.99 / US$99.99 and is now on sale from the Google Store and retailers like Very. I imagine the likes of John Lewis,  Currys PC World,  Argos and  AO will also stock it soon.

It’s a little more expensive than the original Nest Hub which had been discounted to £59 but was originally £129 when it first went on sale under the ‘Home Hub’ branding.

Considering this is the only smart display with sleep tracking, it has no direct rivals but for comparison it sits between the Amazon Echo Show 5 and Echo Show 8 (both have cameras) at £79.99 and £119.99 respectively. Both are often on sale for a lot less, though.

You might also consider the £79.99 Lenovo Smart Clock as a bedside option but you can read our roundup of the best smart displays for all the top devices. 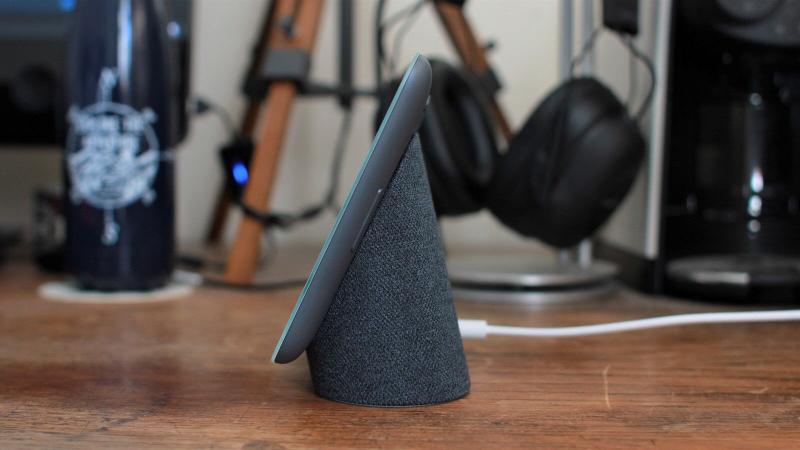 The Nest Hub 2 is a tricky device to sum up right now as it depends on where you’re buying it for.

If you plan to put it in the kitchen, living room or office then it’s a nice improvement on the original and a no-brainer if you want a Google Assistant-powered smart display at a reasonable price.

It looks better, sounds better and has some new features you’ll find useful such as Quick Gestures – even if that doesn’t support swipes to skip tracks.

On the other hand, Sleep Sensing is the major new feature offering you a smart alarm clock with sleep tracking without putting a camera in your bedroom.

Sleep Sensing works well and doesn’t require wearing anything on your person while in bed and gives you a lot of data about how you sleep.

However, the huge question mark hangs over this feature because Sleep Sensing is a free preview until next year when Google will likely start charging a subscription fee to use it. How much this will cost is anyone’s guess right now making it a risky purchase.

That’s if the idea of a subscription doesn’t put you off even buying it in the first place.