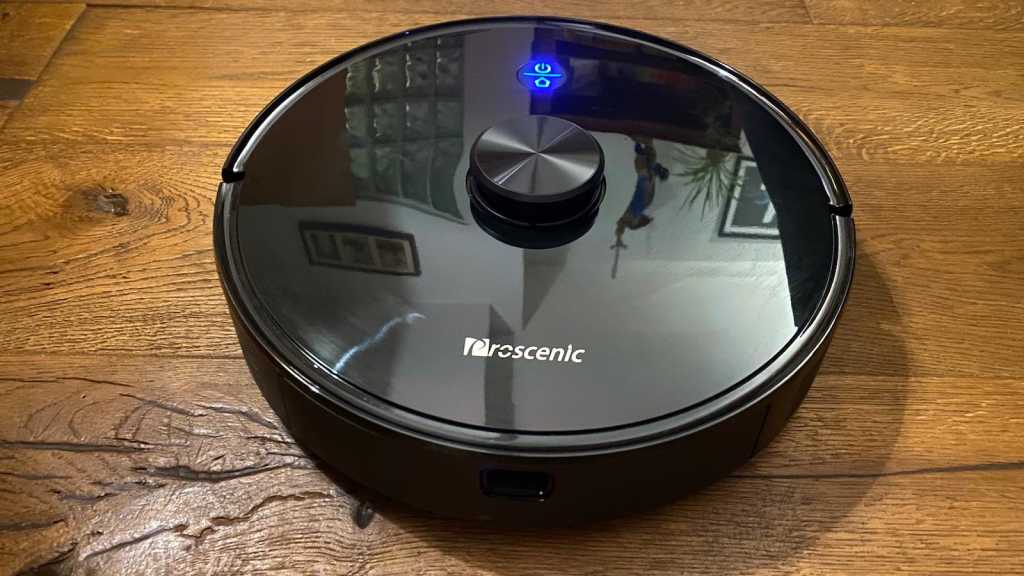 The M7 Pro is an excellent cleaner: it’s rugged, has powerful suction and a brilliant mapping system. Don’t buy it for the mop though, because that’s its least impressive feature.

Proscenic has been in the business of making components for companies including Philips, Panasonic and Hitachi. But now it’s branching out with its own line of branded home appliances, including the T21 smart air fryer and a cordless vacuum cleaner, the  Proscenic P11, which we’ve also reviewed – as well as the M7 Pro, which we’re reviewing here.

In terms of design, there’s nothing new about the M7 Pro, which has a familiar disc shape and a round, raised laser tower on top. But if the design isn’t innovative, it’s because Proscenic has stuck with what works and put together a very powerful, very efficient cleaner for a reasonable price.

It comes with a charging dock but it’s also compatible with a dust-collecting charging unit, which is sold separately on Amazon and costs £99 (it’s $109 in the US).

The vac itself has a good dust-collection capacity (it has a 600ml dustbin), so you won’t need to empty it mid-clean, or even after every clean, but the automatically-emptying dock will give you much longer periods between emptying.

The M7 Pro has 2,700pa (max) suction, which is very high. And although on-paper suction power doesn’t necessarily guarantee great cleaning, the M7 Pro lives up to its promise. It can properly clean a thick carpet, which some of the older or less powerful robot cleaners struggle to do.

It also has automatic surface detection, so it’ll alter its suction power when it goes from hard floor to a rug or carpet. 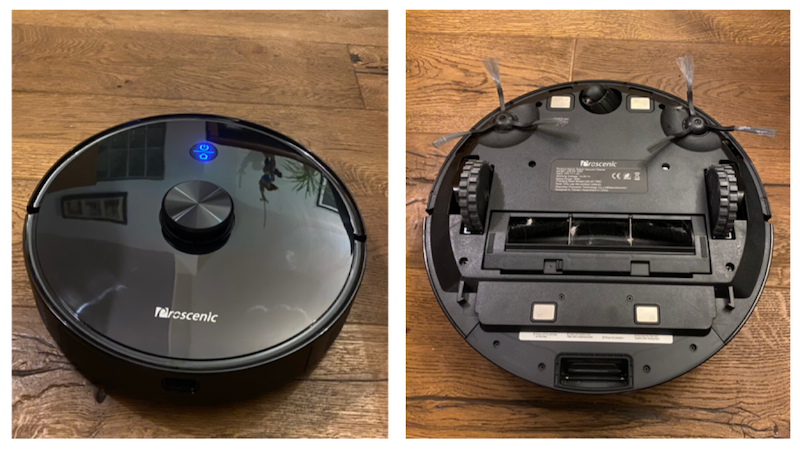 Proscenic claims a cleaning time of up to 150 minutes (on the lowest power setting), which again, is impressive. I can’t confirm it because my flat isn’t big enough to keep it busy for that long but I can say that it easily cleaned the entire place with plenty of charge to spare before it trundled back to its dock.

It’s also a good climber, able to cross a wide, raised threshold of 2cm that has beached other robot vacuum cleaners. This is useful for cleaning thick rugs or climbing over the odd wire but it can be a mixed blessing as, if you have lamp or fan bases, the M7 Pro won’t vacuum around them, it’ll roll right up and plough into the column.

It’ll also climb onto your foot and smash repeatedly into your ankle – because your desire to be standing in your kitchen making a cup of tea means nothing when compared to its inexorable need to vacuum the floor.

At approximately 10cm high, which is pretty standard, the M7 Pro is easily low enough to roll under my sofa. If you’re going to buy this – or any robot cleaner – we’d advise you to first measure under key pieces of furniture, like your sofa, chairs and bed, to find out how much of your home the cleaner will be able to access.

One of my colleagues found that he preferred the very tall Dyson 360 Heurist to the standard height robot vacs, as those tended to get jammed under his sofa and needed regular rescuing. However, because you can set up restricted areas when using the M7 Pro, this won’t be a problem. If you’re concerned that it’ll get stuck under your bed or sofa, you can mark that area as a no-go zone.

The cleaner works smoothly and it runs quietly, meaning you can set it to vacuum when you’re home and it won’t be too distracting.

There are a number of different ways to control the M7 Pro.

It comes with a remote control, which you can use to turn the power up and down, start and pause the cleaning. The remote is handy to have on a coffee table, so you can grab it and stop the vac if you get a phone call.

It’s also useful if you only have the app installed on one mobile phone, so other family members and guests can control it as needed, although more advanced features like scheduling can only be performed via the app.

You can also use the remote to drive the vac around like a remote control car, which is helpful if you’ve just noticed an area you want to spot clean.

When you use the remote control to change the power setting, it chimes like an ice cream van. It’s a bit odd but not unpleasant, although it did make me start craving Ben & Jerry’s.

The M7 Pro is also compatible with Alexa, so you can use voice commands. But again, to access all of the features, you’ll want to use the app.

The app is one of the easiest we’ve used. You can schedule cleaning, set up areas for vacuuming and mopping, select zones for deep cleaning and more.

As the M7 Pro moves around, it builds and fills in a map of your home. You can then add your own areas, such as restricted zones. If there are toys on the floor of your child’s room, a tangle of wires in the corner of the study, or half of your wardrobe on the bedroom floor, you can exclude areas or an entire room from the clean. 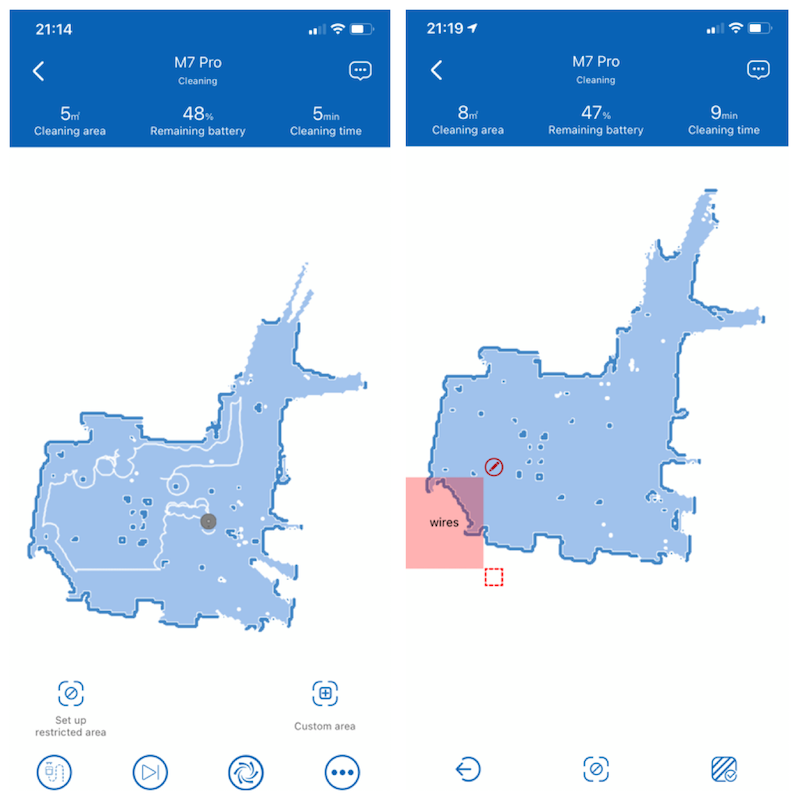 When the M7 Pro was making its first trip around my flat, I followed it into a room and as soon as the area was mapped, set up exclusion zones before it reached them. It was impressive to watch it reach the invisible barrier and turn immediately to vacuum along its edge.

You can save two maps on the app, so you can save all of your zones across a two-storey home.

The M7 Pro can mop as well as vacuum and you can set up zones in your home for mopping only, so that you don’t drench your living room carpet when you only want to give your kitchen floor a quick wipe down.

There’s a water reservoir that you fill and a mop pad that clicks onto the vac via a magnetic attachment and that’s it. You’re all set. 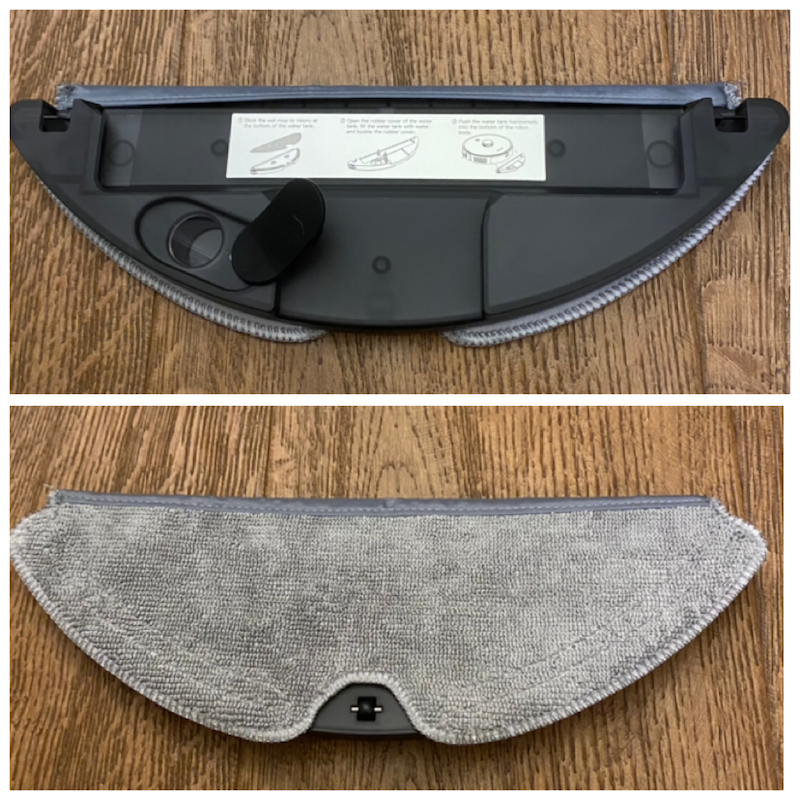 However, once you start mopping, the usual flaws emerge. The M7 Pro’s mop is pretty standard for robot vacuum cleaners with this kind of combined function. That is to say, it’s not terrible but it doesn’t really exert enough pressure on a spot to remove, say, a dried-on tea stain. It’ll give a floor a decent once-over but it’s much less effective than mopping manually.

It comes with a charging dock but for a further £99/$109, you can also buy the compatible dust-emptying dock in the UK or the US.