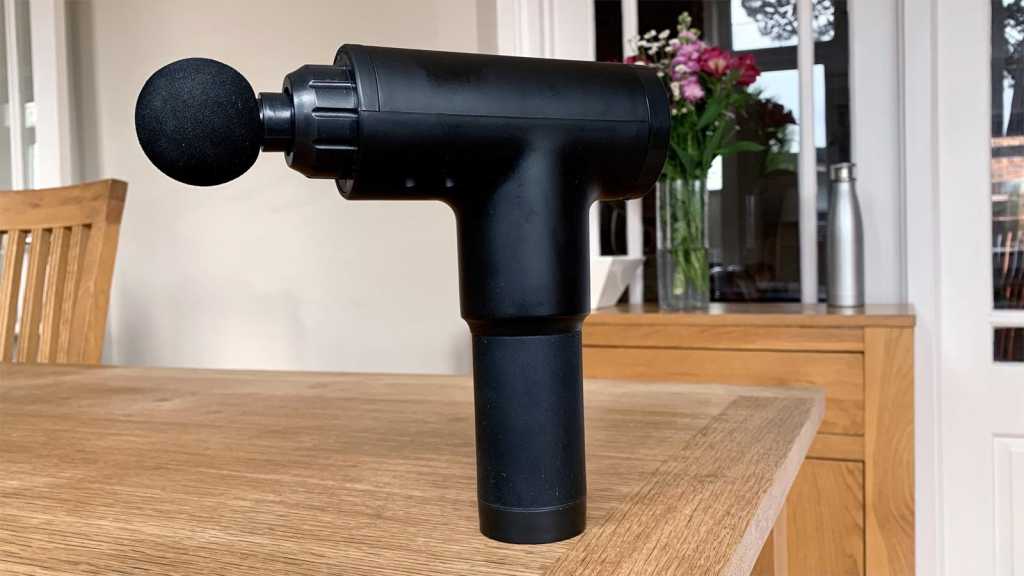 If you’re after a device for vibration therapy rather than a true percussive massager, the Actigun is fine, but there are better options for a similar price.

The Actigun is one of many inexpensive massage guns you can buy. And price is the main attraction: it’s hundreds less than rivals such as the Theragun and Kraftgun.

And yet, it still claims to have the same benefits of speeding up recovery times after exercise, improving circulation and relieving sore muscles.

Is it really the bargain it appears to be? Let’s find out.

The device has a chunky plastic body with a slightly thinner section at the base of the handle that’s covered with rubber to make it grippy. 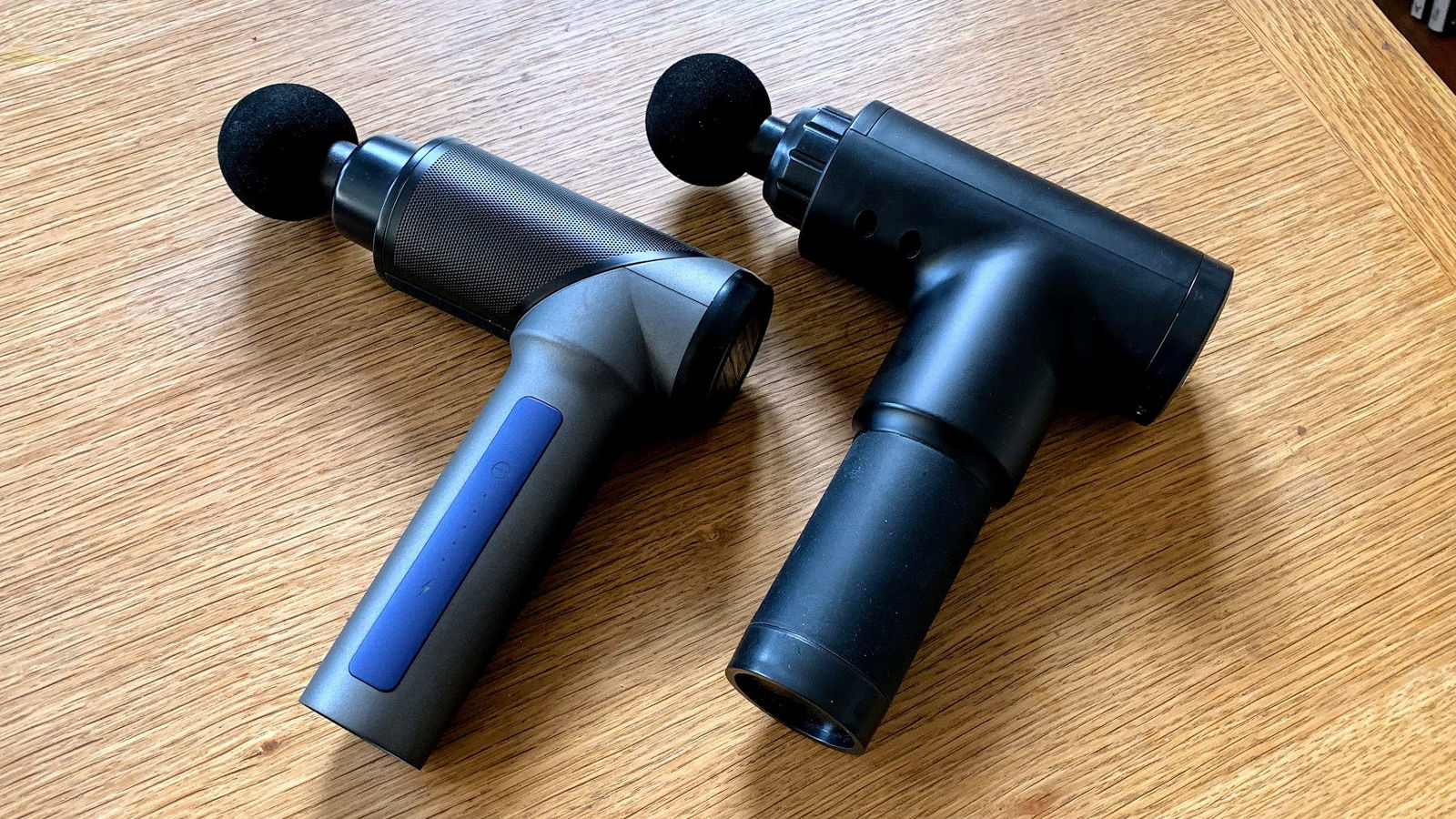 At 910g, it’s 120g heavier than the Sportneer K1 Mini, which you’ll notice if you use it for longer periods. If you’re after a really light, portable massage gun, there’s also the Addsfit Mini which tips the scales at just 360g.

There’s a single button on the rear, above the charging port, which doubles as an on/off control as well as toggling through the six speeds. To turn it off without toggling through all six, just hold it down for three seconds or so. 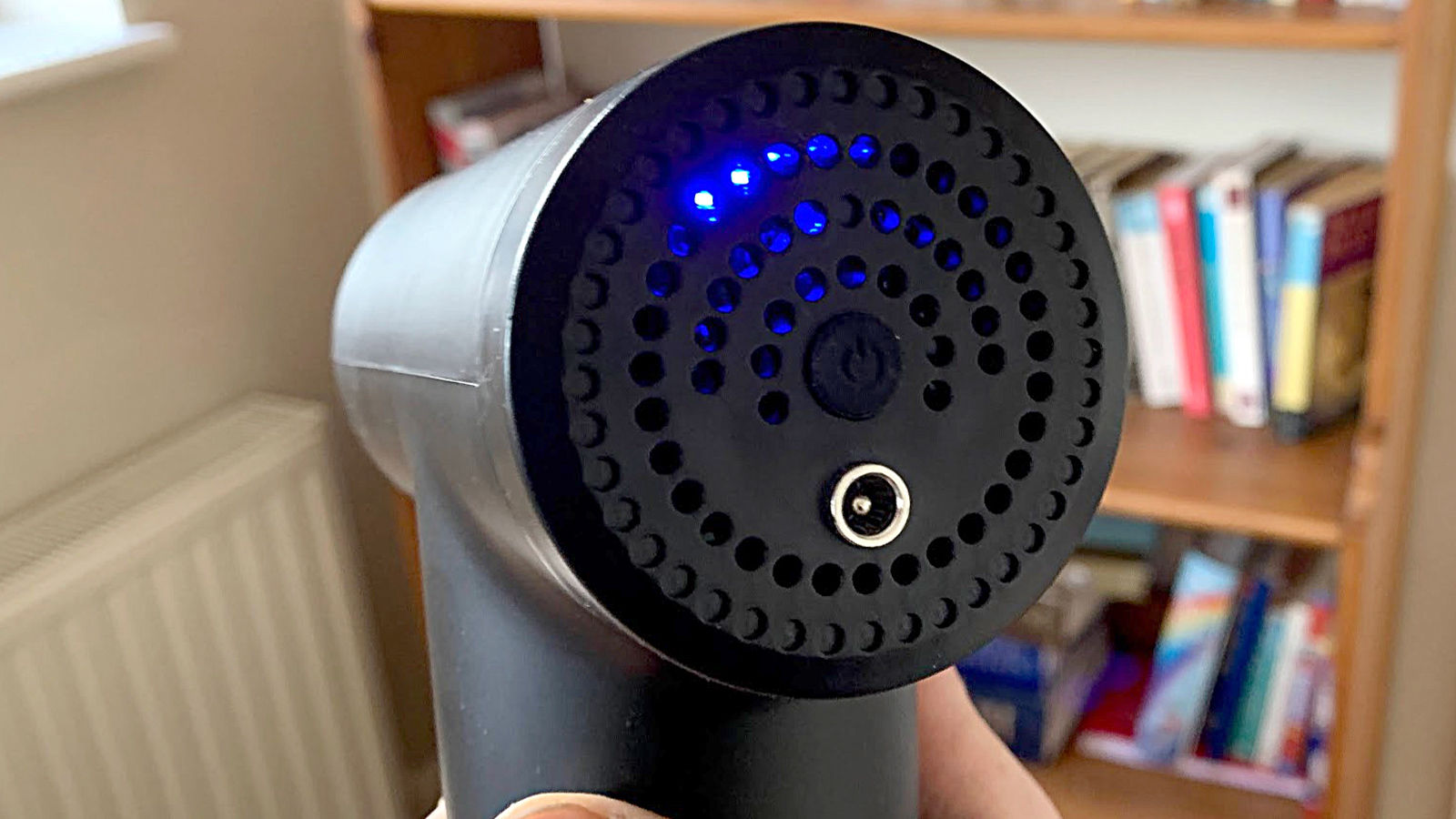 Blue LEDs inside the body light up as you toggle through the modes: they’re largely pointless and you can only see how many are lit through the grille if you hold it at the right angle. The only indication of battery level is a red LED which lights up when it’s low – recharging takes around two hours.

In the box you get a charger with a US plug and four plastic attachments: a hard foam ball, a Y-shaped one for use on the muscles either side of your spine, a flat round one and a small pointy one for targeting specific areas. 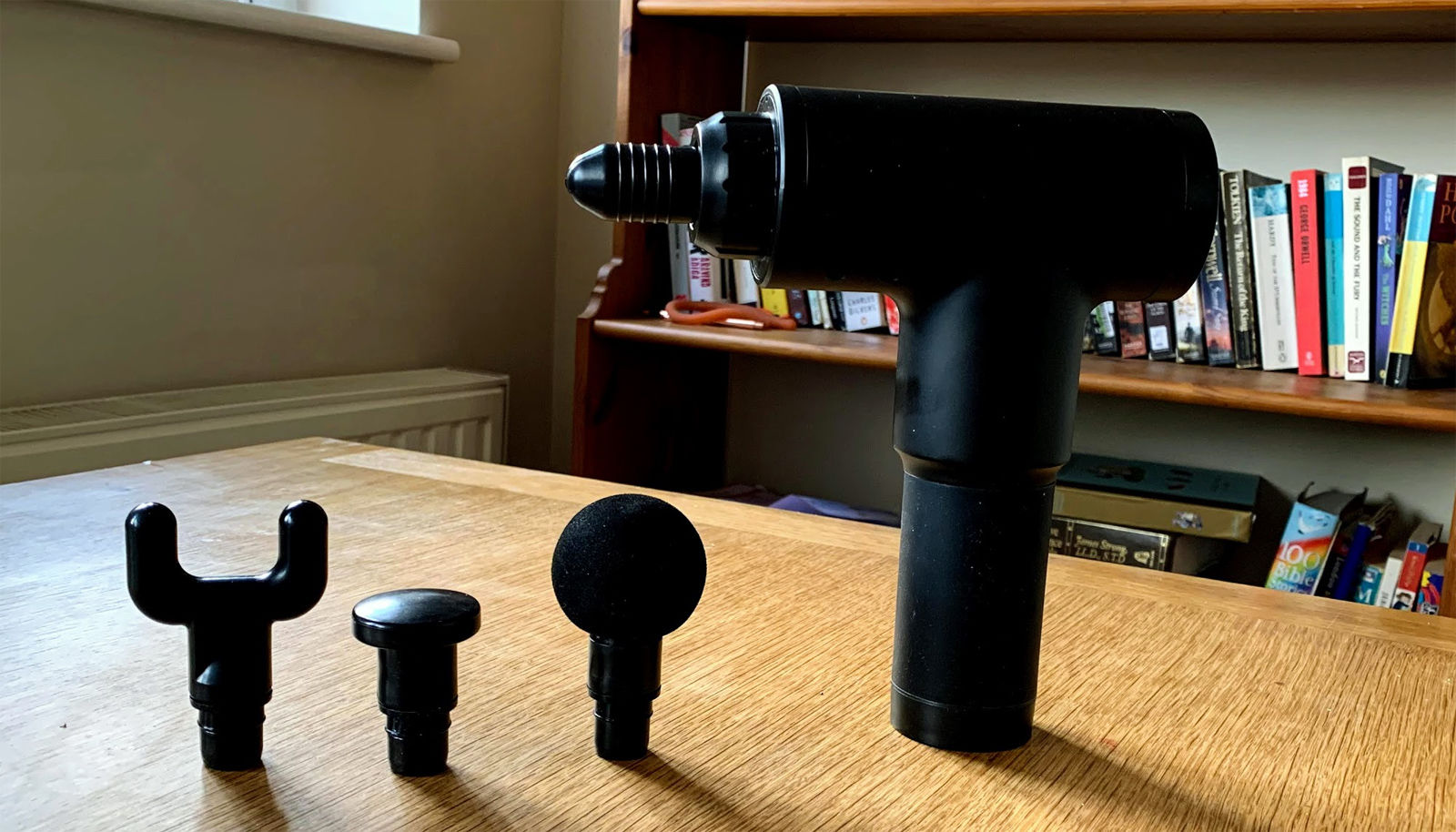 You’ll get a zip-up carry case in the box to store and transport the gun.

Actigun’s website mentions very few specifications. One is the weight (1.2lbs) and the 1800-3400rpm range (but not the specific rpm of each mode).

It doesn’t mention the amplitude or stall force, both of which are important for any massage gun. The likely reason for this is that both are lower than competitors. I measured the amplitude at 6mm, which is considerably less than the Theragun’s 16mm.

The result is that the Actigun vibrates your skin, but doesn’t pummel it like the Theragun (or even the 11mm Sportneer).

Because of the lack of amplitude, the Actigun can’t really do the promised deep tissue massage. You’ll probably avoid the lower rpm settings, too, as only the top two feel like they have any effect when using the ball attachment.

Using the pointy attachment on hands and wrists was more effective, but if you’re looking to work on larger muscles, the power just isn’t there.

Pushing harder to get a deeper effect doesn’t work because of the low stall force: I could stop the gun by pressing hard on the ball attachment with my hand. That’s something I couldn’t do with the powerful Theragun, and even the similarly priced Sportneer. To be fair, you’re never going to press this hard into your muscles, but harder pressure does cause the gun to slow down audibly.

The RRP of the Actigun is $299, but you’ll always find it discounted to $99.99 on Actigun’s website. And if you hunt around, you’ll find it even cheaper: I saw it for just $54.99 on StackSocial which is, admittedly, a retailer I’ve never heard of and which has very mixed reviews on Trustpilot.

You can only pay in US Dollars, so I had to convert the price to UK Pounds at the time of review, which worked out at £71.90. Shipping is included, but you may end up paying import duty (Actigun is based in Hong Kong) and handling fees which could bump up that price to £100 or so.

It’s difficult to recommend the Actigun when you can buy the Sportneer K1 Mini for the same price – and it’s available from Amazon, too. And if you’re ok with a device that has a small amplitude, you might prefer the Addsfit Mini which is a lot smaller and lighter.

With lower build quality, the much smaller amplitude and low stall force, the Actigun isn’t as effective and – unfortunately – isn’t the bargain it first appears to be.