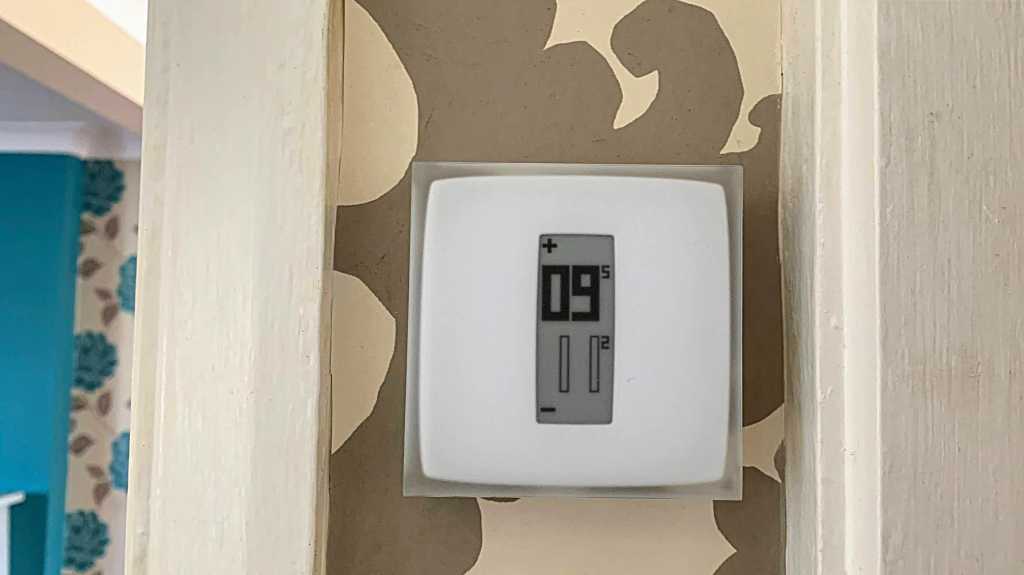 Netatmo launched its first smart thermostat back in 2015, just after Apple announced HomeKit. It was designed by Philippe Starck and had an unusual screen which worked like an e-reader’s and meant it could run on battery power for months with an always-on screen.

Fairly recently Netatmo was bought by another French company, Legrand, and has launched an updated version of its thermostat called the Smart Modulating Thermostat.

It all sounds a bit serious, but essentially what it means is that it now supports OpenTherm boilers. Put simply, OpenTherm means a boiler can precisely adjust the temperature of your home’s heating by changing its burner’s power. And this, in the long run, saves energy which also saves you money.

You need more than just a boiler with OpenTherm support though. As a bare minimum, you need an outside temperature sensor. If it’s really cold, the boiler knows to use a higher temperature to reach the temperature you’ve set your thermostat to, and if it’s warmer outside, it can use less power.

For the ultimate setup, you should pair an OpenTherm boiler with an OpenTherm thermostat, such as this one. The two can them communicate with each other in a much more complex way than the simple on/off commands that normal thermostats deal in.

And that’s really the main difference between the original Netatmo thermostat and the new one: both support HomeKit, both can be used with Netatmo’s smart radiator valves.

There are a couple of other differences: the Auto-care function means you can get detailed information when something goes wrong with the boiler, and if you have an OpenTherm boiler that can control a hot water tank, you also get limited control over your home’s hot water.

It’s limited because, via the Home + Control app, you can only control the temperature of the water in the tank, but Netatmo says there are plans to add an on/off function and scheduling as well. If you have an older-style system where the programmer controls the tank directly, you won’t be able to control hot water via the Netatmo.

In most respects, the original and new Netatmo thermostats are hard to tell apart. The wireless thermostat itself is, as far as I can tell, the same unit with the same e-paper display. It rotates automatically so you can have the display vertical or horizontal and comes with four adhesive strips if you want to add a bit of colour.

As it only uses power to change what’s shown and not to actually display anything, the batteries last for months. But compared to rivals there’s not a lot of information. Both Nest and Hive allow you see a lot more and also do a lot more than just set a higher or lower temperature.

The way the Smart Modulating Thermostat works (aside from OpenTherm) is also very similar to the original model: they both let you set up schedules for when you want your home heated, the temperature you want, and the night-time temperature. 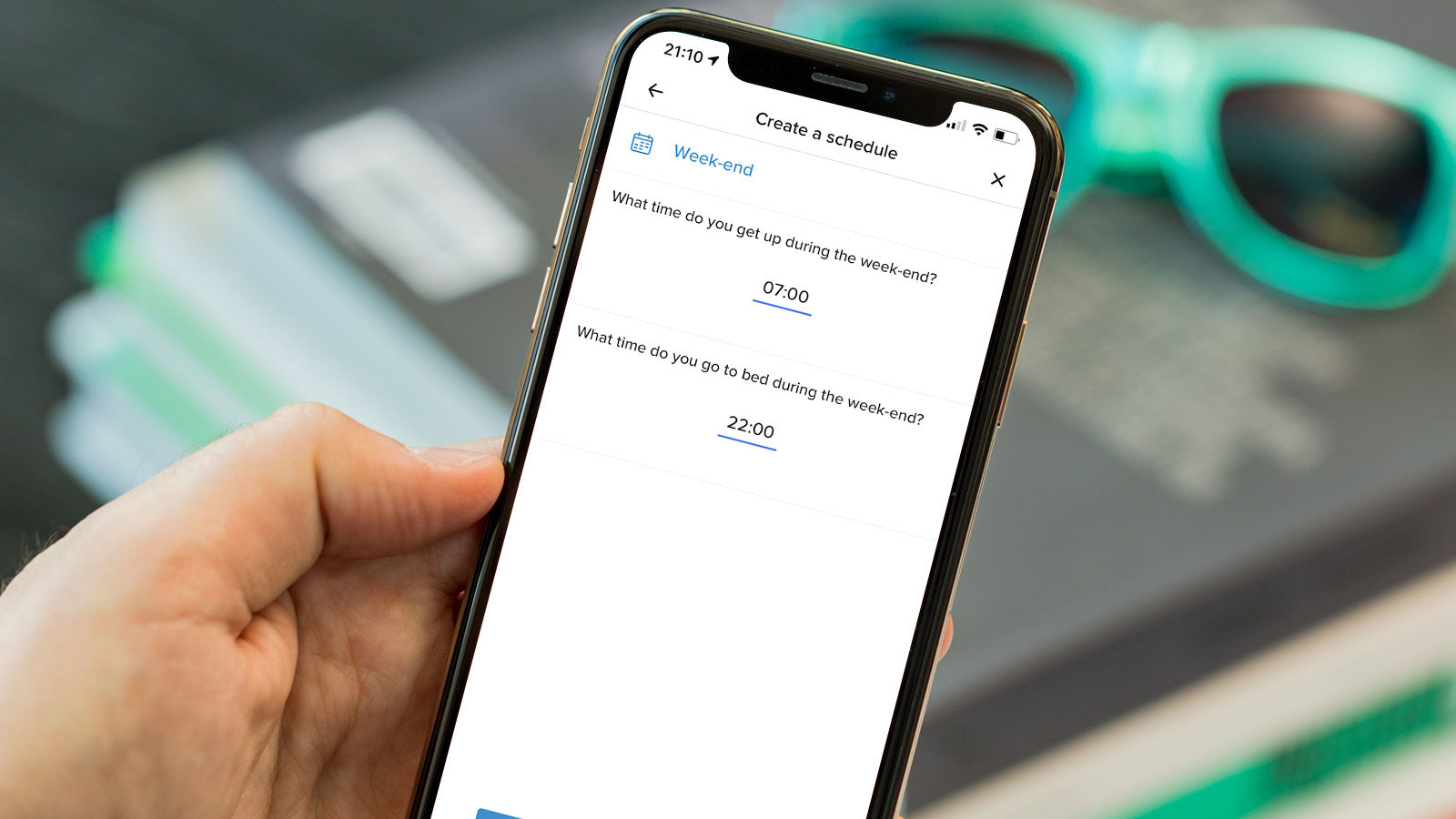 Answering five questions when you first install the app will create a weekly schedule automatically, which you can then tweak afterwards, and there’s no limit to the number of schedules you can create. So you could pick which schedule you want to use based on what’s happening that week. For example, you might set up two schedules for term time and half-term/summer holidays, and then use the Away and Frost Guard modes for when you’re on holiday or leaving your home unoccupied for a while.

By default, the boiler will turn on at the times you’ve set. But if you want something more intelligent, you can use the auto-adapt feature. This uses various factors, such as the time your home takes to heat up (which is learned by the system), in order to make sure you home is, say, 20C at 8am instead of the boiler only firing up at 8am to start heating to 20C. 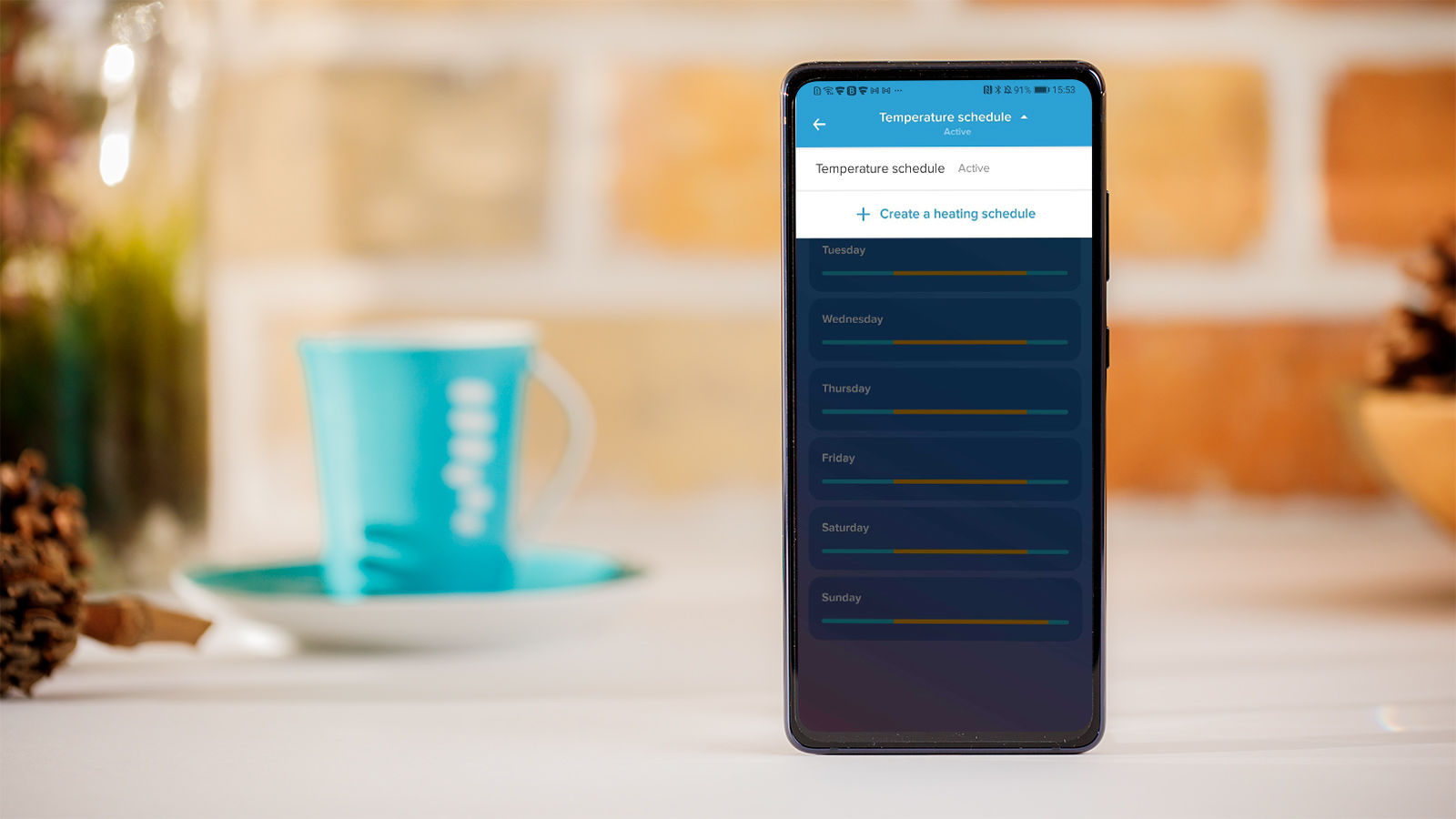 Even though the Modulating Thermostat uses Legrand’s Home + Control app instead of Netatmo’s Energy app, there’s the same basic set of options. There’s no presence detection, which would stop your home being heated needlessly if everyone goes out but doesn’t think to turn the temperature down, and no geo-location which would do a similar thing but also start heating if it detects you’re on your way home earlier than expected.

There’s just an Away mode you can set manually.

You might not want these features: plenty of people want a smart thermostat to operate like a traditional programmer, with the benefit of being able to control it when they’re not at home.

And the Smart Modulating Thermostat does that job just fine.

Dive into the deeper settings and you might find yourself tapping the ‘more information’ links, which redirect you to the help section of Netatmo’s website. Settings such as Hysteresis threshold and Heating curve are meaningless to most people, and even elsewhere in the app simpler language could be used.

Under Thermal comfort is a slider named ‘Default time of manual setpoints’. What it means is the amount of time that the temperature you’ve manually set via the thermostat or the app will remain until it returns to the scheduled temperature.

The other slight niggle is that the app is designed to do a lot more than control just a thermostat, so the relay (the part connected to your boiler) and the thermostat appear in different rooms of your smart home in the app.

Only then will you see the details for that device. There are no setting for the relay (apart from the Wi-Fi network), but you’ll find those hard to understand ones in the thermostat’s settings.

If your home has multiple thermostats already which control different heating zones (such as upstairs and downstairs) you can install multiple Netatmo thermostats to replace them. But most UK homes, at least, aren’t plumbed this way and all radiators are heated together.

Netatmo offers smart thermostatic valves (TRVs) which replace the existing valve on your radiator. As long as it uses a common mounting system, it’s as simple as unscrewing the old one and screwing on the Netatmo valve. No need to pay a plumber. 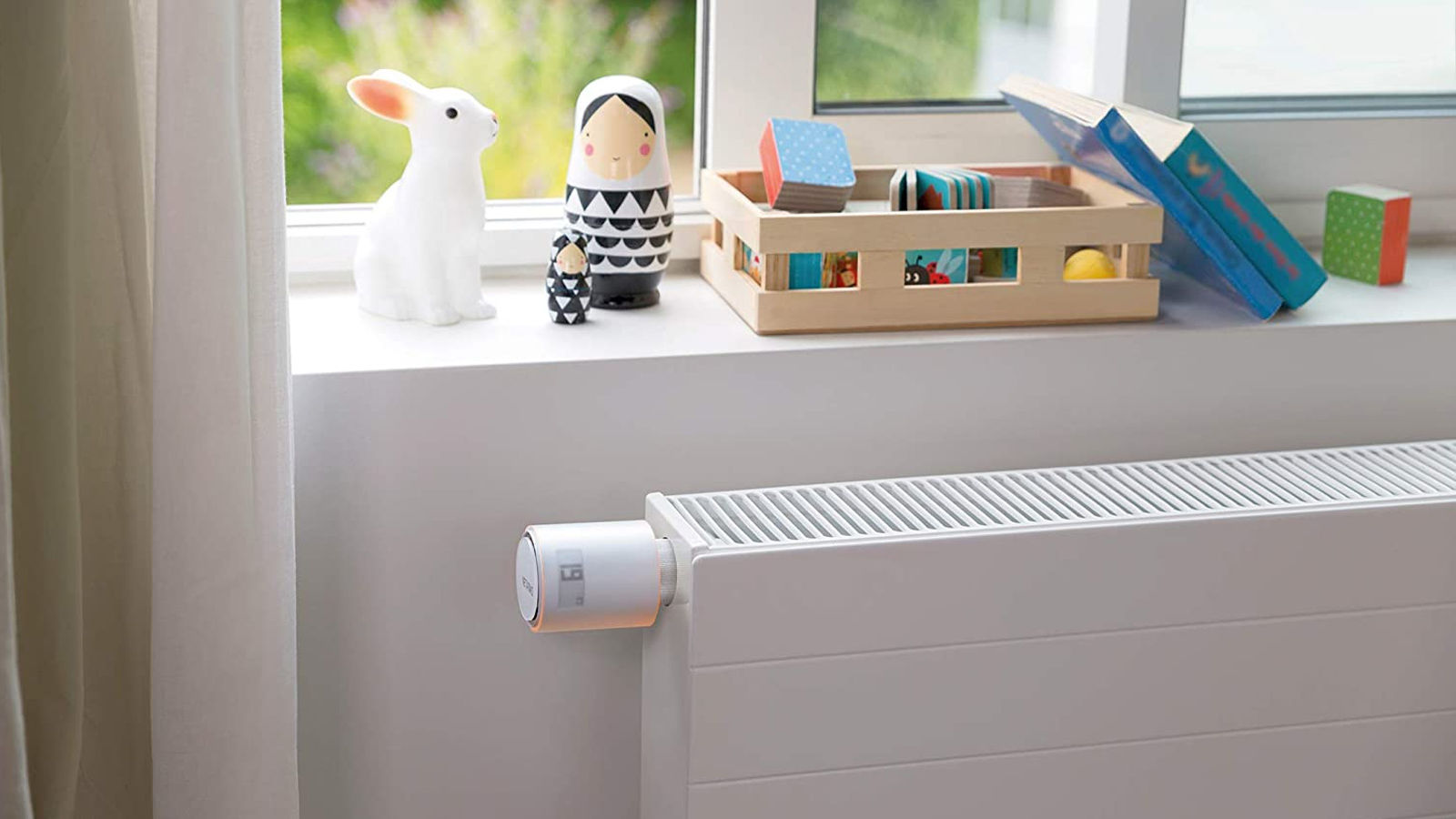 These cost around £65 each (you can buy them from Amazon), so you probably won’t decide to fit every rad in your home with one. They’re useful if you don’t want to heat certain rooms, such as the bedrooms, as much as the living spaces.

They have a similar temperature display to the thermostat and allow manual control of temperature, including a boost button for a bit of extra heat. They’ll detect open windows and shut off the radiator to avoid wasting energy.

Unlike some smart TRVs, Netatmo’s can communicate with the thermostat and thus turn on the boiler if the temperature falls below the one set. Other, less smart TRVs can only restrict how much a radiator heats, not actively call for heat.

Netatmo recommends professional installation, but if you can wire a plug you’ll be able to install this thermostat.

There are two main components in the kit: the thermostat, which is wireless and powered by three batteries, and the relay (below) which needs to be wired into your boiler. 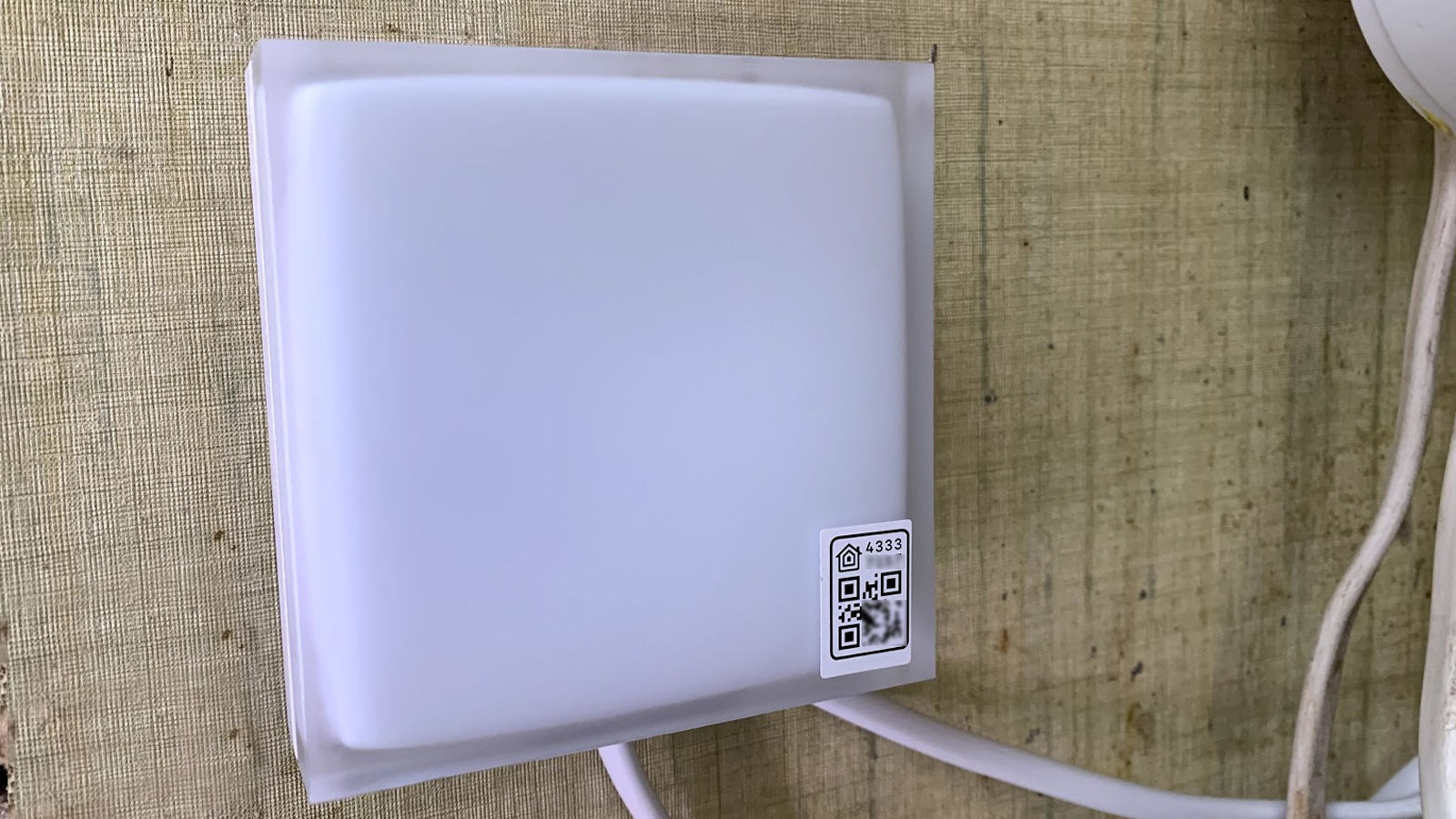 The only difficult part is identifying which terminals to connect the two OpenTherm wires to, but since there’s no polarity, it doesn’t matter which way round you connect them. 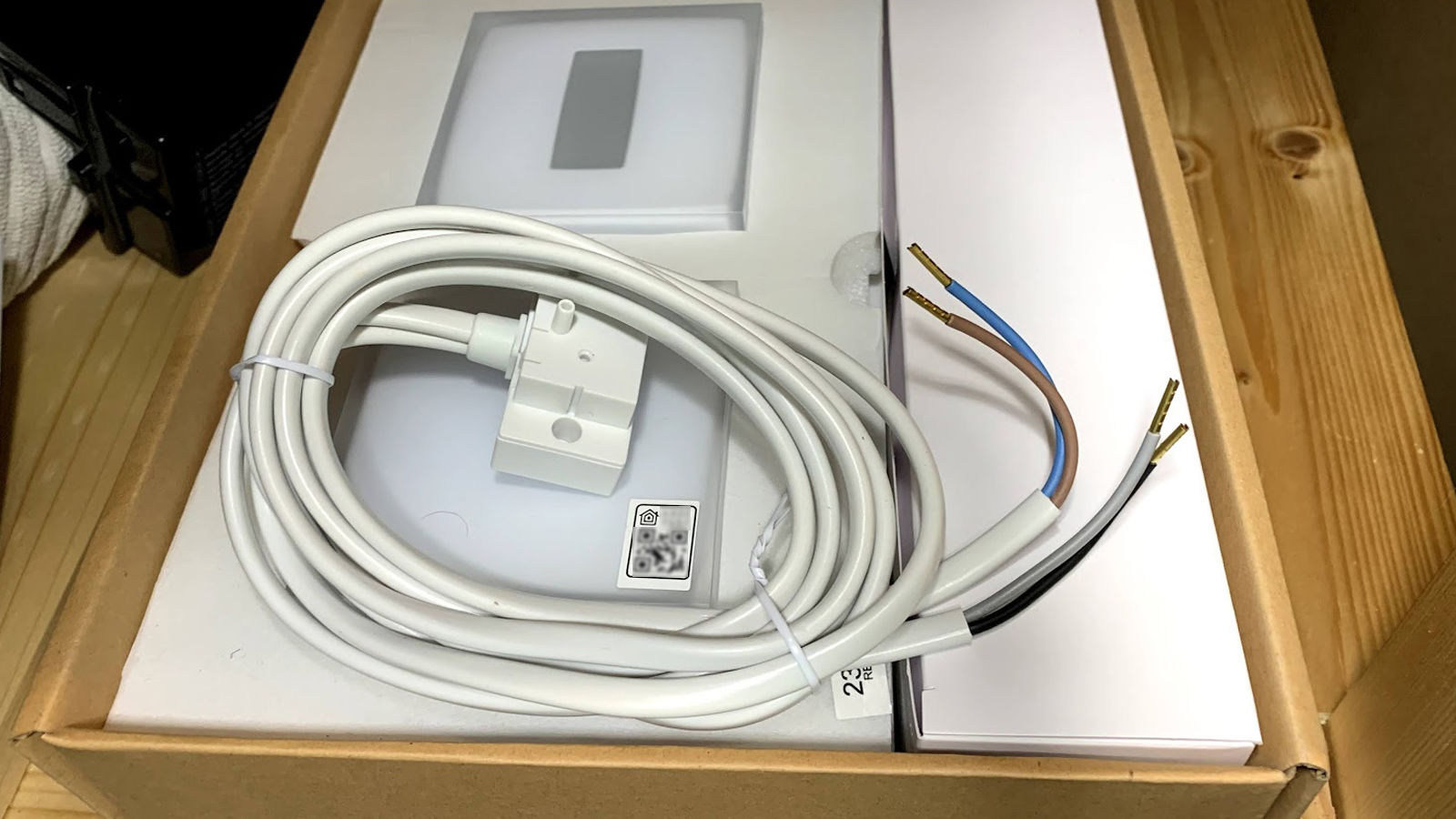 There are only two other wires: live and neutral which – in my boiler at least – could be slotted in alongside the existing power wires for the boiler itself. 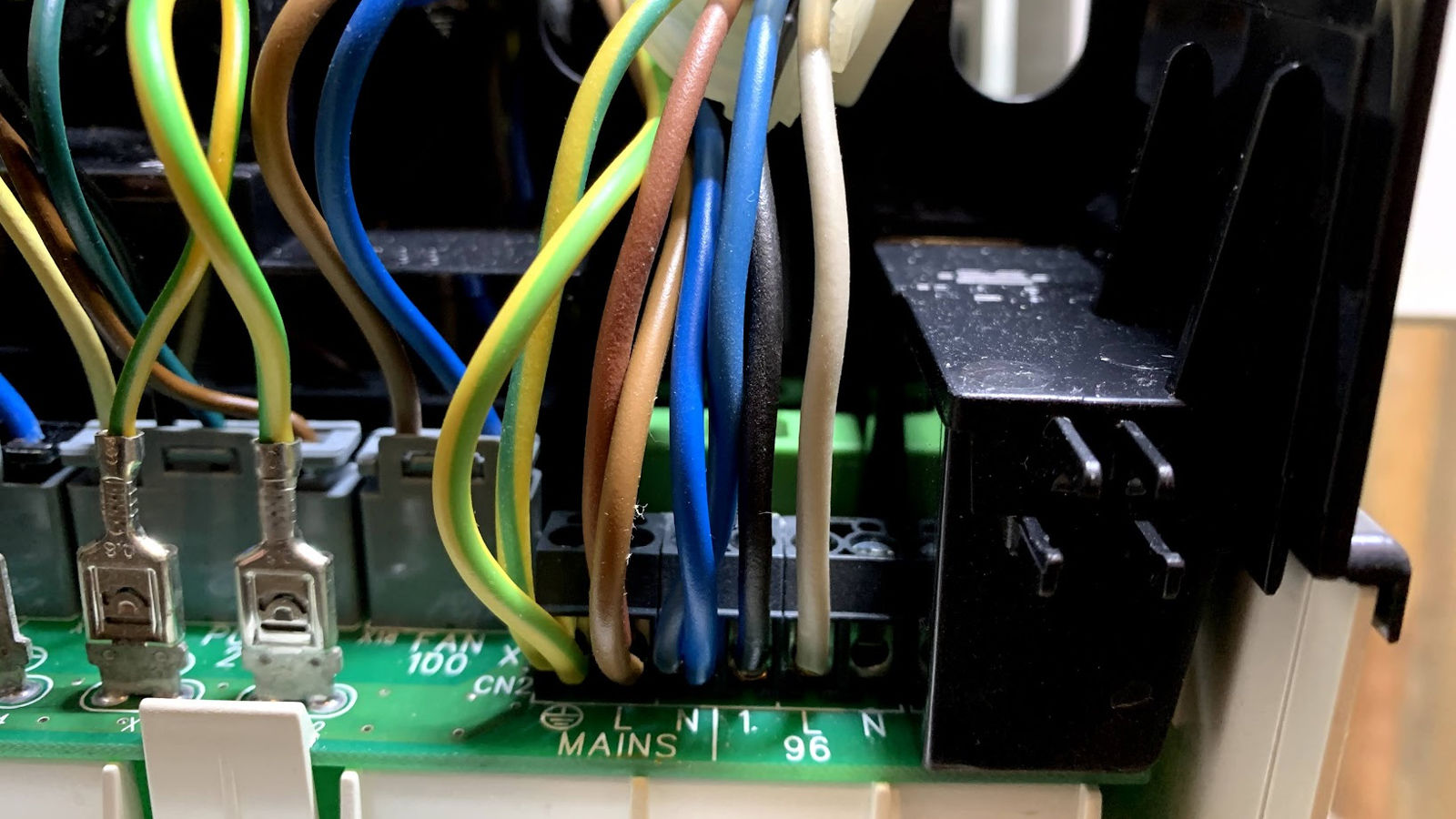 Netatmo thoughtfully puts metal caps on the wires to stop them fraying, but I had to cut them off as they were too large for the live and neutral terminals which already had wires in them.

Obviously, before you connect any wires, you’ll need to turn off your boiler and turn off power to it, typically via a fused switch somewhere near it or via your consumer unit.

The supplied instructions hold your hand through the process and make it utterly simple, just like with the company’s doorbell. There’s even a sticky pad supplied if you don’t want to drill holes to mount the relay’s bracket.

You then put batteries in the thermostat and it will pair with the relay automatically. 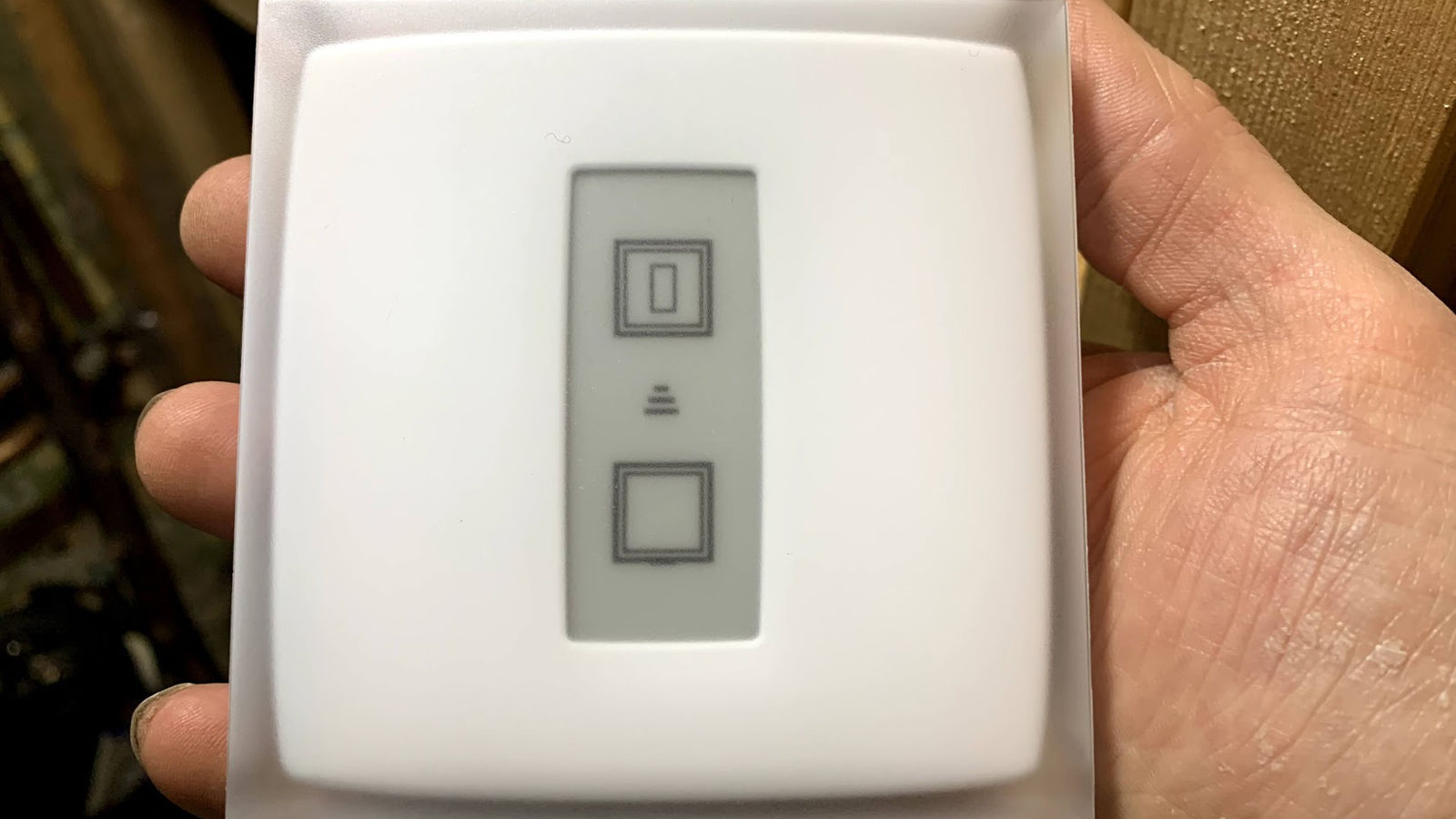 As I was using an iPhone, the Home + Connect app took me through the HomeKit setup process. This caused a few issues as the ‘Bridge’ (as it’s called in the app but is actually the relay) wouldn’t connect to Wi-Fi.

It did eventually, and I was able to adjust the temperature through the Control Centre widget, but occasionally during testing it would report that the ‘accessory is not responding’. Netatmo was unable to replicate this problem. 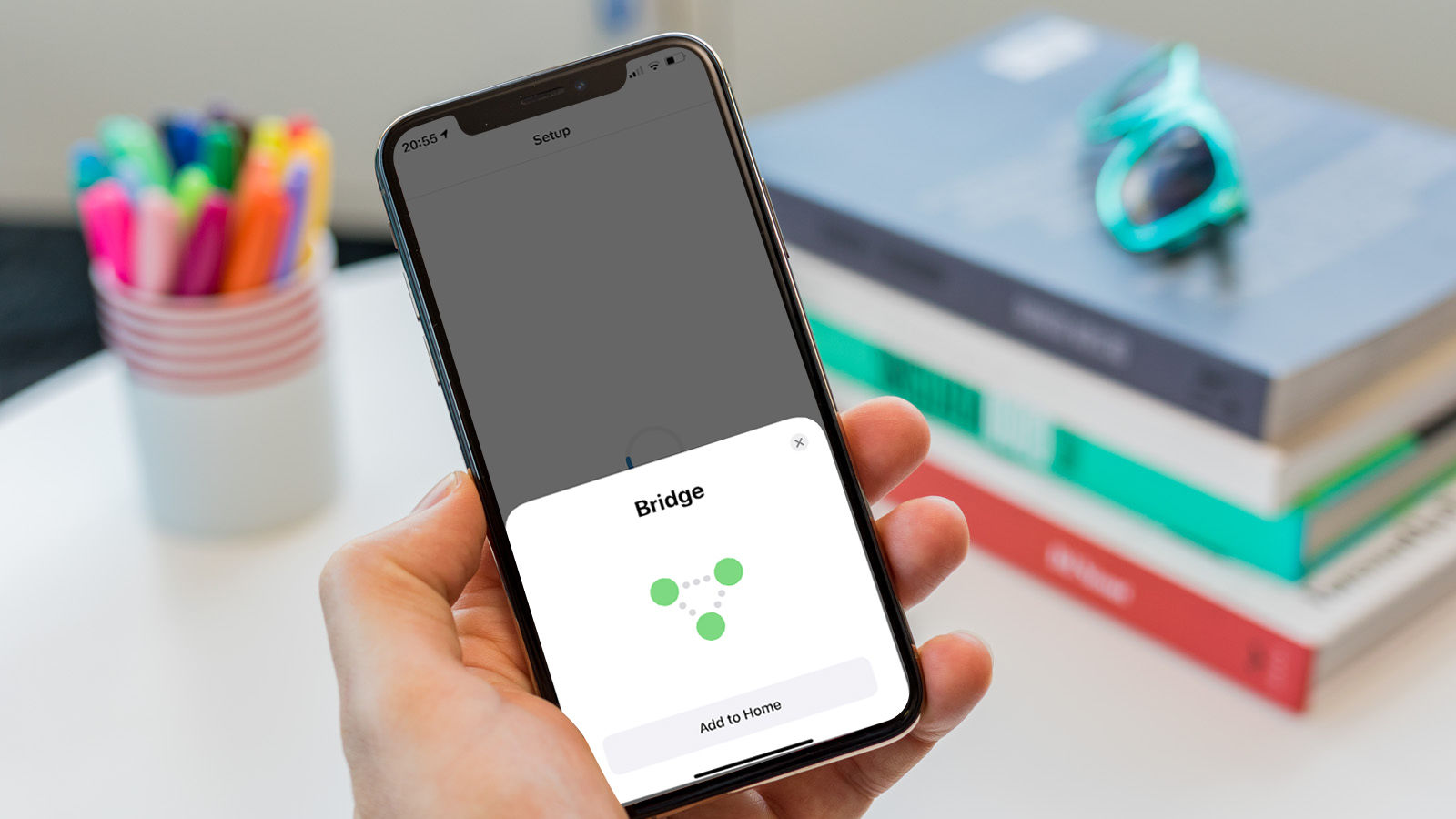 If you don’t fancy opening up the app to adjust the temperature you can of course ask Siri to do it, but there’s no way to control it with Alexa or Google Assistant.

This is almost twice the cost of the original Netatmo Smart Thermostat which you can buy on Amazon for £139.99 at the time of writing.

When I asked Netatmo why there was such a big price difference, a spokesperson said it was because of OpenTherm support.

At this high price, and with the only advantages being OpenTherm support and limited hot water control, it’s hard to recommend the Netatmo Smart Modulating Thermostat over the original. OpenTherm is certainly better than simple on/off boiler control, but if your priority is to use OpenTherm to save money, it doesn’t really make sense to pay such a high price for the thermostat.

Plus, there are other smart thermostats – such as the 3rd-gen Nest – which also support OpenTherm and offer useful features such as on/off hot water control, presence detection and have a more useful display.

At the time of writing, you can buy a Nest Thermostat for around £180 and while it’s a little more difficult to install, it’s certainly a better choice for most people.