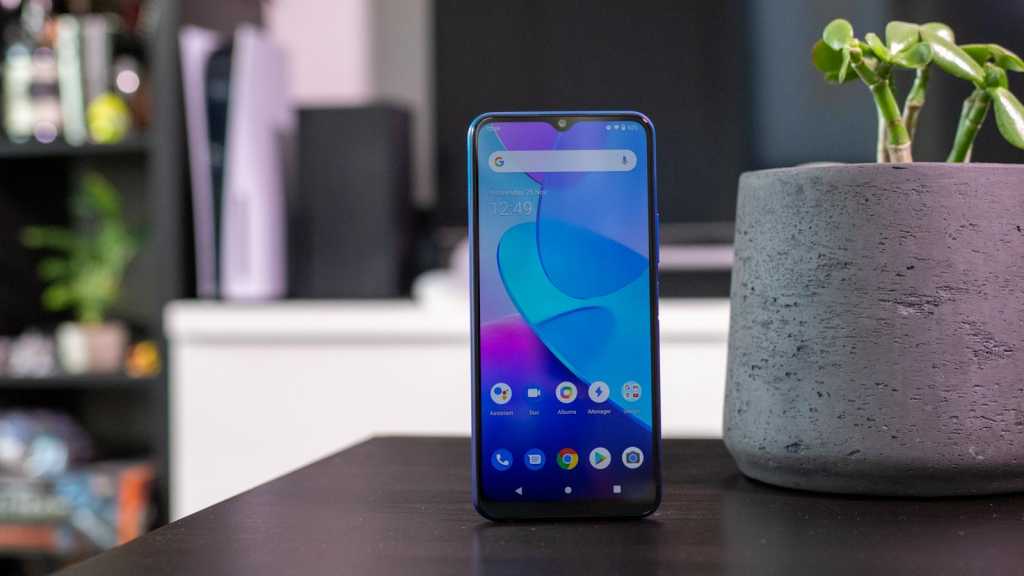 The Vivo Y20s delivers big on battery, while simple software makes the most of some admittedly basic internal specs. Other budget phones offer fast chips and better displays, but the Y20s runs well and keeps on running.

Vivo may be one of the most established tech brands in China, and well-known in other parts of Asia, but it’s a relatively new player in Europe.

The Y20s is the cheapest of the four phones the company launched in the old world in late 2020, with a UK price of just £149 – affordable even by most budget phone standards.

For your money you get a decent design, long-lasting battery, and impressive software support – the Y20s beat many 2020 flagships to get an update to Android 11. On the flipside, the camera’s a bit basic, the display definitely doesn’t match rivals for specs, and you’ll have to put up with a Micro-USB port.

As with any phone at this price though, compromises are inevitable – you’ve just got to decide if Vivo’s priorities with the Y20s match yours.

Cheap phones don’t often look like much, but Vivo has done a decent job of extending its flagship design philosophy down to the little guys.

Sure, the rear is plastic rather than glass, but the refractive finish is certainly eye-catching in the Nebula Blue model I reviewed, though a subtler Obsidian Black model is available too.

A 6.51in display means the phone as a whole isn’t quite compact, but with a relatively thin bezel it’s still comfortable to hold – and at 8.4mm thick it’s actually a pretty slender device, especially compared to other affordable rivals.

You do get a headphone jack, but one major downside is a Micro-USB port for charging – just about acceptable for a £149 phone, but USB-C is fast becoming the standard elsewhere even in this budget segment.

A fingerprint sensor is included along the side of the phone, built into the power button, and works reliably enough.

There’s no official waterproofing rating to speak of, and the display isn’t coated with Gorilla Glass, which makes durability a slight concern. You’ll probably want to use a screen protector or a case – neither of which are included unfortunately.

Any one of these on its own wouldn’t be a dealbreaker, but all three together make the Y20s feel unnecessarily stripped back.

Now, to be fair, if you’re not fussy about display quality then you might not care at all. The screen still works fine, your Instagram feed will still look great, and you can still watch YouTube, just not in proper HD. For some people, that will be plenty.

But if you want your photos to really pop or to make the most of your Netflix sub, then be aware that there are other phones around this price that will deliver more visual bang for your buck.

It’s a similar story inside the phone, where you’ll find a Snapdragon 460, with 4GB of RAM and 128GB storage.

The storage is surprisingly generous for a budget handset – 64GB would be more typical – and especially given that there’s also a microSD slot to expand the capacity even further.

The chipset and RAM are less appealing though, and you can see the impact in our benchmark results, where the Y20s lags behind most other devices in the same price tier.

Day-to-day, the impact on performance is noticeable but not extreme. The phone lags a bit from time to time, and the limited RAM makes multi-tasking difficult – the phone can only keep a few apps open in memory at a time.

Lean software helps here though – more on that below – and so in fact the phone rarely feels too sluggish. It’s not fast, but in contrast to some cheaper phones I never found myself frustrated by slow loading or apps freezing. You may find you hardly notice it at all.

It’s worth noting that the Y20s is limited to 4G support – no 5G – and it also lacks NFC, which means you can’t use the phone to make contactless payments.

If at this point you’re feeling a little underwhelmed by the Y20s, then fear not: it has an ace up its sleeve.

That lower-spec hardware may come with downsides, but it also helps the 5000mAh battery in the Y20s really put in the legwork.

The phone got the best result we’ve ever seen in the PCMark battery test, and among the highest in the separate Geekbench 4 battery benchmark.

Translated to real world use, you’re look at two days’ use easy, and with lighter use the phone stretched to three or even four days on occasion. Batteries tend to last longer in cheaper phones, which use lower power component, but even so – this is exceptional.

Charging is perhaps less exciting, but still decent enough – the 18W fast charging topped the phone battery up by 30% in half an hour. Thanks to the excellent longevity, that should be the best part of a day’s use for most, however.

It is worth a reminder here that the phone uses Micro-USB rather than USB-C however. That might not be a dealbreaker for you, but if all your other tech has made the switch to the newer universal standard, you might not want to commit to another two years on a Micro-USB device.

The camera spec here is basic, but functional. Vivo pitches the Y20s as a triple-camera phone, but really there’s only one lens that matters – the other two rear lenses are a depth sensor and a macro, so won’t see much direct use.

The main lens is a 13Mp, f/2.2 shooter. In good light the results are honestly solid, if not spectacular. Whether it’s shots of food, landscapes, or people you’ll get bright, punchy, and crisp images that look good enough to throw on social media. Dig deeper and you’ll find a bit of noise and grain in the background, but only if you really hunt for it.

Results drop off pretty sharply in lower light – even taking a photo of food in the evening the results are markedly different to daytime. The noise is suddenly noticeable at a glance, the colours and exposure are off, and any highlights get blown out. There’s no night mode to help in low light, so these results are as good as it gets.

There is a portrait option on the main camera using the depth sensor, which actually does a decent job, though there’s a touch of excessive blurring around the edges of the subject. The other lens option is the macro – results here are indistinct, blurry, and poorly exposed, which is common on cheap macro cameras. Even in close-ups, the main camera will generally do a better job.

On the front there’s an 8Mp, f/1.8 selfie lens. It may be lower resolution, but the larger aperture helps this camera hold its own, and selfies are strong so long as the lighting is good. There’s also a portrait mode here, of comparable quality to the rear camera, though bogged down by excessive beauty mode options that are tricky to turn off entirely.

Vivo made headlines recently for launching a whole new version of its Android skin, now dubbed Origin OS, but don’t expect to see that here. Origin OS is limited to the Chinese market – for now at least – and in Europe the company ships phones with an experience that’s much closer to stock Android.

Technically, this is running Funtouch OS – Vivo’s older Android skin – but this is such a stripped back version that you can hardly tell it’s there. You’ll get the same simple, clean Android UI found on Google’s own phones, and very little bloat.

Vivo only includes a handful of its own apps – a photo album, a security app, and a couple more – though annoyingly while there aren’t many of them, you also can’t uninstall them.

Keeping things clean has seemingly helped Vivo move fast with software updates, as the Y20s has already been updated to Android 11 – having launched with version 10 – beating plenty of more expensive phones to the punch.

Vivo hasn’t guaranteed that the phone will receive any other Android version updates though, so don’t take it as a given that the Y20s will in turn get the update to Android 12 later this year.

At just £149 in the UK, the Y20s is right at the affordable end of the market, and at the moment you can buy it from Box, Ebuyer, or Clove. Unfortunately it’s not available in North America, and isn’t likely to launch there.

While it doesn’t offer knockout specs for that price, the phone’s strengths – especially on software and battery – mean it still offers decent value for money.

Check out our full budget phone ranking for more options, or our pick of the best Vivo phones for more from the brand.

If a big battery life is your number one concern then the Vivo Y20s is fairly easy to recommend, while the stripped-back software helps keep performance surprisingly smooth even with some fairly basic internal specs.

The camera setup is pretty typical for the price point, but bear in mind that you can definitely find faster performance and better displays for a similar price with rival manufacturers – so look elsewhere if you spend most of your phone time gaming or on Netflix.