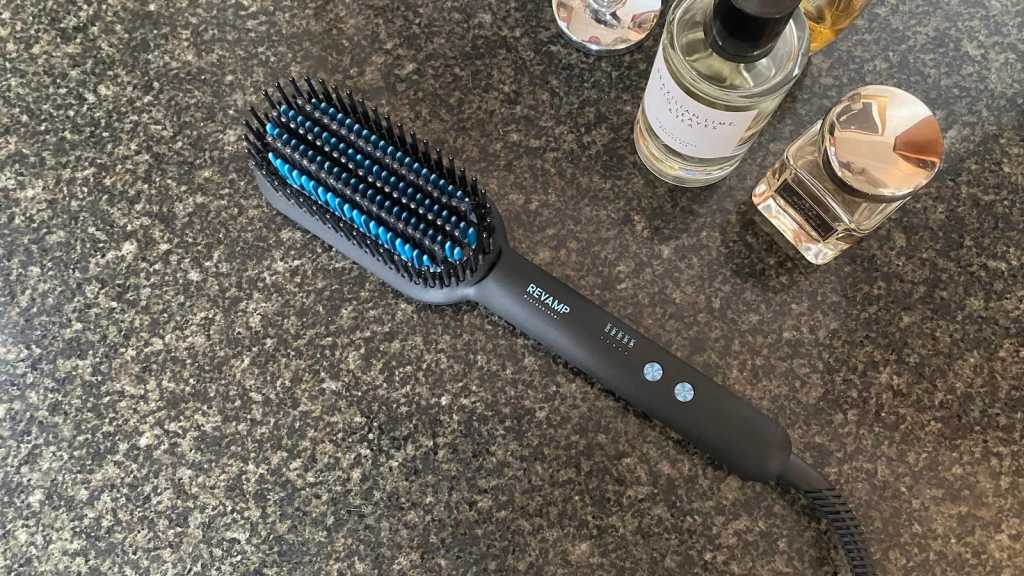 It styles hair quickly and with great results. It won’t be for every hair type, but for some, this straightening brush could well replace traditional tongs.

When thinking of straighteners, the thing that comes to mind is probably the traditional tongs that clamp your hair and leave it straight as a ruled line. But there are times – and it may turn out to be most of the time – when you’d like an option somewhere between frizzy bedhead and perfectly ironed tresses.

This is where a straightening brush comes in.

A good straightening brush should leave your hair styled and de-frizzed. You use it on dry hair, just as you would ordinary straighteners.

People with wavy, frizzy and flyaway hair who want a smoother look will probably get the most out of it. If you have very curly hair that you want to straighten perfectly, it might not be the best tool for the job.

Revamp’s straightening brush (BR-2000) has the same finish as other items in the Progloss range. We’ve also reviewed the steam straighteners and hair dryer. That is, it’s black with a matt, silicone non-slip finish and ice-blue accents. It has a high-quality look, which extends to the premium packaging and nice touches like the professional style 3m cord with 360° swivel fitting.

It’s larger than an ordinary hairbrush by about a third (it’s 27cm in length) and heavier, although it won’t weigh down your arm when you’re using it like a hair dryer will.

It also has an oddly long handle, much like the GHD Glide Hot Brush. In fact, the two styling tools share a similar design. But whereas the Glide, like various other GHD products, only switches off and on, heating to a temperature of 185°C, the Revamp brush offers a series of temperature settings at 20°C increments, from 130°C to 210°C.

There are two buttons on the handle: an on/off switch and a temperature button. Switch them on and a light flashes next to the selected temperature. Use the temperature button to scroll through the settings and pick one. When the brush reaches the right temperature – which it does very quickly, in seconds – the light will stop flashing and glow without interruption. 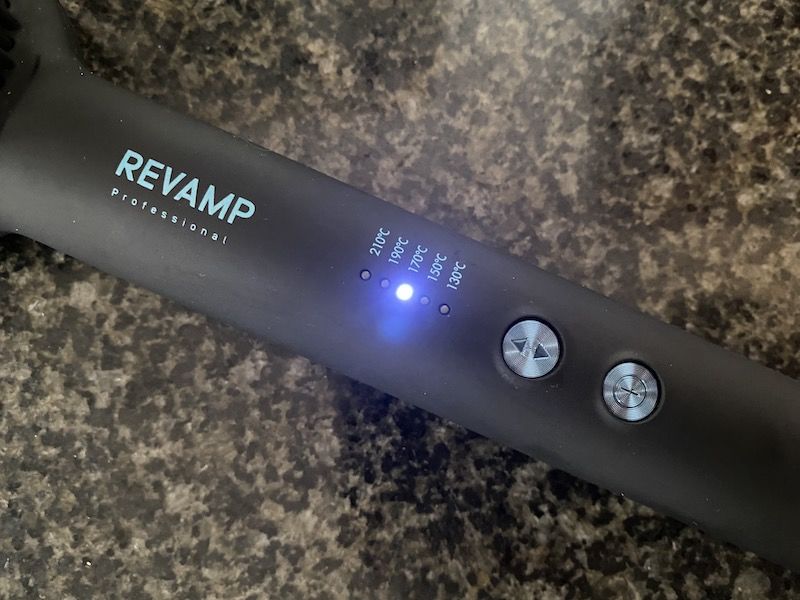 The ability to choose the lowest effective heat setting is a huge bonus in the unending war between protecting hair from damage and avoiding looking like a bird has chosen your head to set up home.

My wavy hair responded well to just 150°C, which is lower than GHD’s set temperature, and behaved itself all day. I was surprised at how much difference a minute or two of brushing made.

The brush uses a mixture of effects to smooth hair. Tech-wise, it has an ion jet at the end of the brush, which helps to dissipate water molecules in the hair and keep the cuticle layer smooth.

It’s also enriched with keratin, argan and coconut oils. The oil infusion aspect of this is perplexing as if it works, does that mean it’ll grow less effective over time? Is it attractive to bacteria?

That leads to my only reservation about the product. Hairbrushes need to be cleaned and unlike an ordinary brush, you can’t get this one wet. However, I found that gently going over the bristles with a damp cloth seemed to do the job, although it was fiddly.

The brush head is designed to protect your scalp and fingers from the hot ceramic bristles at its centre. There are longer bristles around the edge and slightly taller ones in the middle.

If you’ve ever traumatised yourself with a surprise burn to the finger or ear from the plate of a straightener, you’ll be glad to hear that it’s much easier to avoid doing so with this straightening brush. Again, another point in its favour. 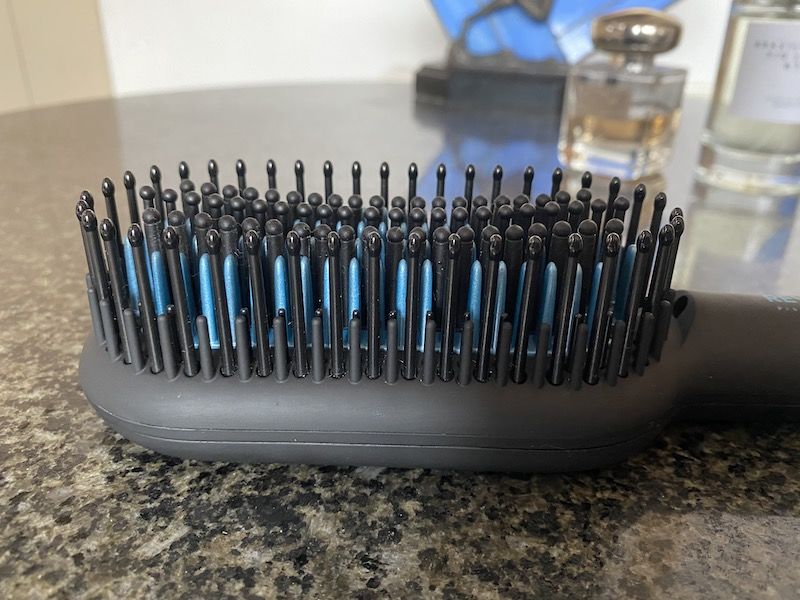 It also gives you a bit more scope when styling: you can use the edge of the brush to shape your hair and avoid straw-like ends.

In terms of safety features, the brush will switch itself off if you don’t turn it off in an hour. It also comes with a safety mat that that you can rest them on during use.

Still, if you tend to forget whether or not you’ve left your straighteners on once you’ve left the house, save yourself some stress and buy  a smart plug that you can switch off remotely using your phone.

The Revamp Progloss Deepform ceramic hot straightening brush has an RRP of £99.99 and is available from a number of retails including Boots, Argos and Revamp itself. Right now, we’d suggest you buy from Revamp or Argos, as at the time of writing they’ve both cut the price by a third – to £66.66. We think this is a very good deal.

It might not be for every hair type, but for some people the Progloss straightening brush will revolutionise hair styling. It’s fast, effective and easy to use. It’s not as intense as clamping hot straighteners to your hair and it’s not as damaging. I would reach for it over straighteners every time.