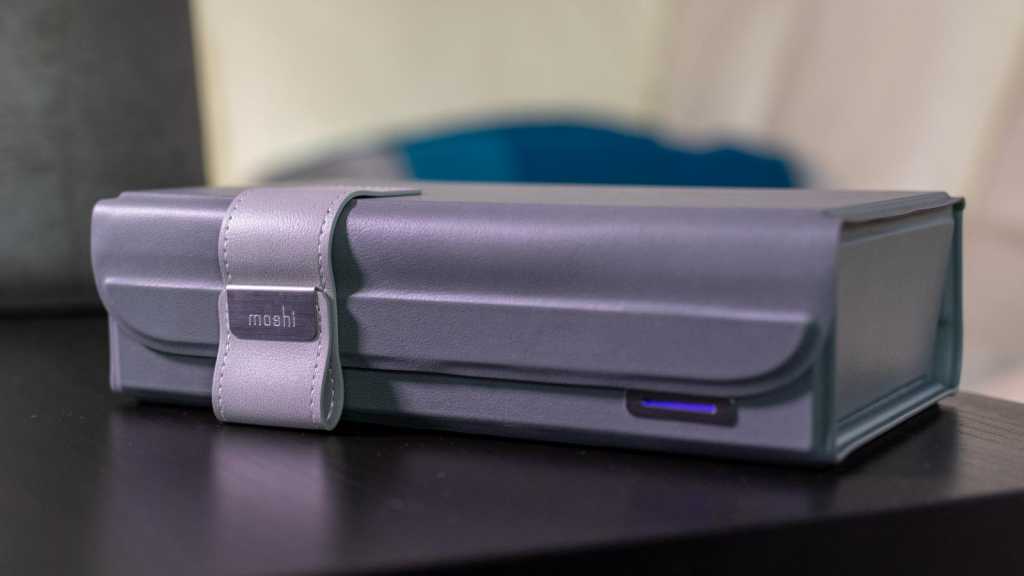 The Moshi Deep Purple is by far the most attractive UV sanitiser I’ve seen so far, and the fact that it’s portable is an obvious appeal – just bear in mind that you’re paying a real premium for it.

The Moshi Deep Purple may sound like a naff tribute band, but in fact this a portable UV sanitiser, so named because the UV-C rays it emits sit at the deep end of the ultraviolet spectrum.

This is, to be blunt, at the pricey end of the burgeoning UV sanitiser market. That’s partly down to Moshi’s branding and premium design language, but features like portability, a 360-degree cleaning cycle, and the use of long-lasting UV LEDs help justify the steep cost.

If you’re not sure what a UV sanitiser is or why you’d want one, we have a full UV sanitiser explainer you should check out. But the long and short of it is: this is a box that blasts everything you put inside it (phone, headphones, watch, wallet etc.) with UV-C light, which breaks down bacteria and viruses. 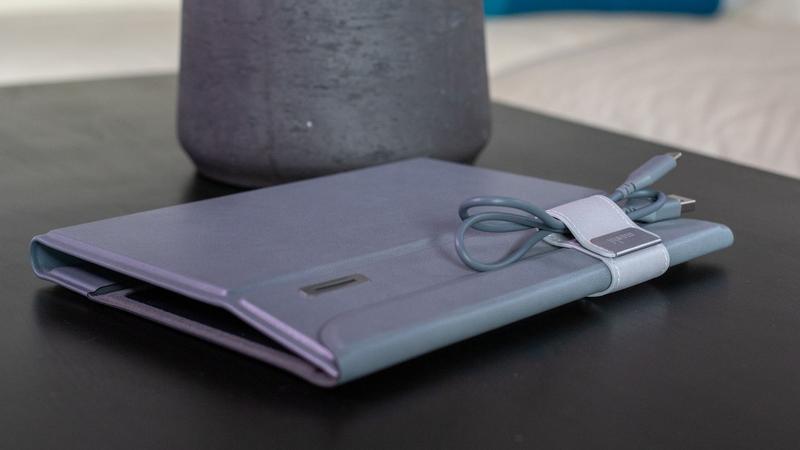 Moshi’s chief innovation with Deep Purple, which initially launched on Kickstarter, is its portable design. Inspired by origami, the whole thing folds flat to something roughly the size of an A4 piece of paper (though admittedly a fair bit thicker) and uses magnets to pop up into a surprisingly sturdy little box when you want to use it.

That means it’s easy to fold down and throw into your bag and travel with – either for long-term trips, or just if you want the option to sanitise your kit when you’re out and about.

There’s no battery, so you will need a power supply – but since it uses USB-C, you can run it either from mains power or from pretty much any portable battery pack. A green light on the outside confirms that it has enough power for a cycle, and this changes to purple while it’s cleaning. 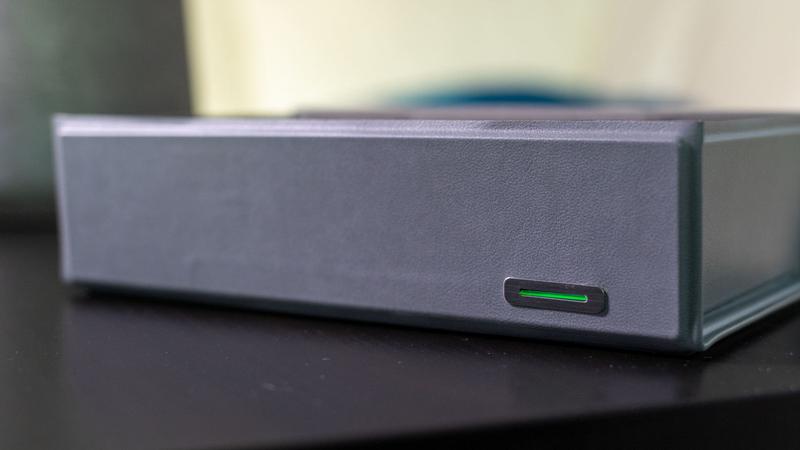 Encase in grey leather, the whole kit looks slick enough to show off, whether that’s out at a café or just positioning it in your home’s hallway, ready to use every time you come in.

The only real negative from a build perspective is the USB-C port: it’s set in a fair bit from the leather’s cut-out, making it a touch awkward to plug the cable in each time. I’d hardly call it a dealbreaker, but it’s a minor nuisance in an otherwise well put together bit of kit. 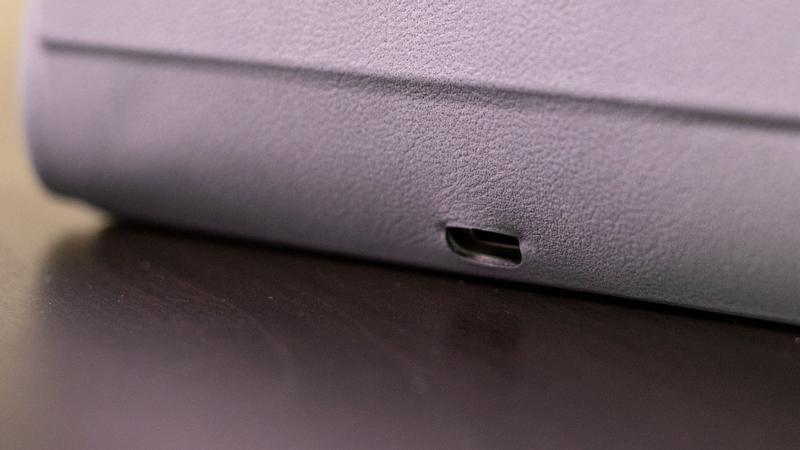 When it comes to actually sanitizing products, Moshi has pioneered what it calls LumiClear: a transparent UV emitting base with reflective metal around the rest of the box’s interior. The idea is that the UV light will reach whatever you’re cleaning from every angle – whereas with most other UV sanitisers you have to flip your phone halfway through cleaning to get it from both sides.

There is, of course, a caveat here. The Deep Purple is large enough to fit in a few things at once. You could comfortably throw in a phone, wallet, true wireless earbuds and a watch and probably still have space to spare. But the more stuff you have in there, the less room there is for the light to reflect, and they’ll start blocking each other – you’ll get the best results cleaning one thing at a time. 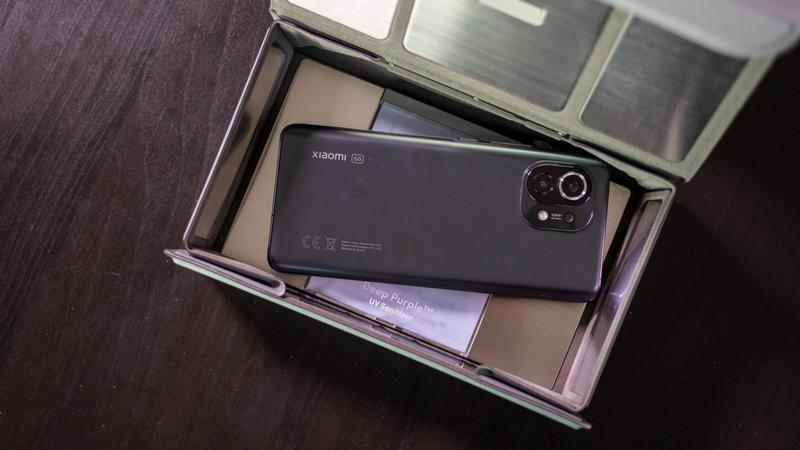 This is as good a time as any to offer this review’s big caveat: I don’t have the ability to test how well the Deep Purple actually sanitises, so I’m having to take Moshi’s word on the fact that a four minute cycle in this is purging my phone of all its nasties.

It helps that Moshi has included a ‘UV indicator’ – a logo inside the box that’s painted with UV reactive paint, so it changes colour to let you know that enough UV light has been emitted. It’s a nice touch, but to be honest, the effect is subtle, and it takes enough squinting to tell if the colour has changed or not that I suspect I’d quickly stop bothering to look. 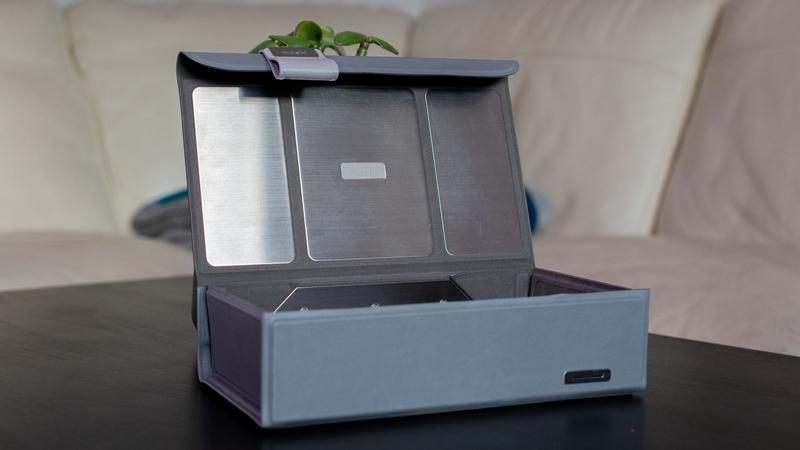 You should at least be able to expect some longevity. Moshi says the LEDs used here will keep functioning for ten years or more, even with daily use. Perhaps not coincidentally, it’s also covered by a ten-year global warranty.

That makes the £150/$150 asking price a little easier to swallow, especially once you consider the portability and the attractive design – most other UV sanitisers are pretty ugly plastic boxes that you wouldn’t really want out in view.

On the other hand, most other UV sanitisers cost less than a third of the price, so you’ll have to decide how much of a premium you’re willing to pay for portability, aesthetic, and that 10-year warranty. 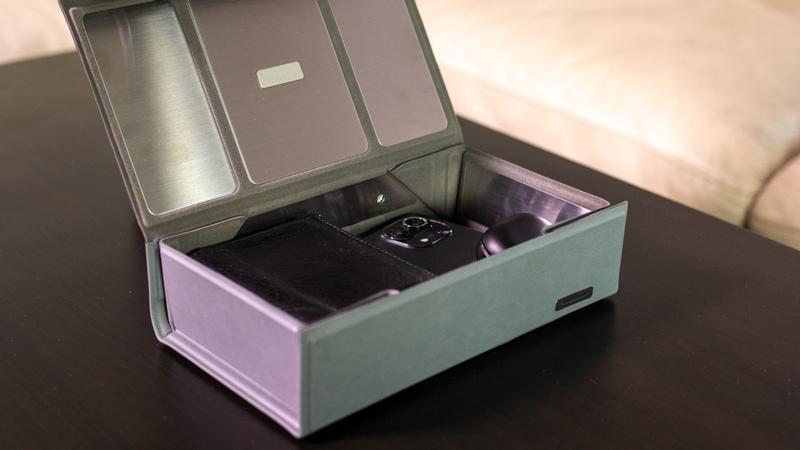 The Deep Purple is available from Moshi’s online store now.

Daft name aside, the Moshi Deep Purple is a pretty impressive bit of kit. It’s by far the most attractive UV sanitiser I’ve seen so far, and the fact that it’s portable is an obvious appeal – even if I haven’t travelled further than my local supermarket in six months.

There’s no getting away from the fact that it’s expensive, and if your main priority is functionality then this extra cost probably won’t be worth it for you. But if you want your tech to look the part – and last the duration – then I’d say this is worth the price.

To see all the sanitisers we recommend and find out how the Deep Purple measures up, check out our round-up of the best UV sanitisers we’ve tested.