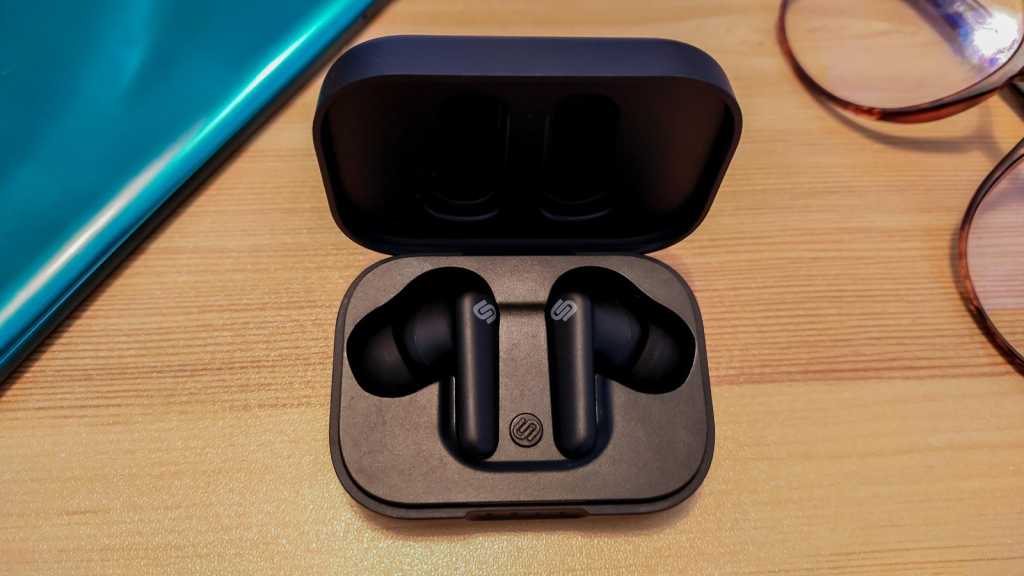 Urbanista’s London buds are a great affordable alternative to the likes of Sony and Apple, but a few frustrations take the shine off the experience.

Since the launch of Apple’s AirPods in late 2016, the true wireless earbud market has become a force to be reckoned with. Nearly every phone manufacturer now makes Bluetooth buds of its own, while audio specialists like Bose, RHA and Sennheiser provide worthy competition.

One brand you might not be familiar with is Urbanista, but the Swedish company is quietly building a strong reputation for solid audio equipment. All the company’s products are named after cities around the world – we’ve already seen buds named after Madrid, Berlin, Athens, Paris and Urbanista’s native Stockholm.

Its latest buds are called London, with their launch timed to coincide with Urbanista’s ten-year anniversary. They’re Urbanista’s first true wireless earbuds with active noise cancellation, but how well to they compare to the competition? Here’s our full review.

The design of the Urbanista London’s is very much in keeping with modern true wireless earbuds, consisting of a short stem and soft silicon tips. There are four choices of the latter included in the box, and it’s worth taking some time to get the right fit and feel to suit you. Once you do, these buds are extremely comfortable and feel secure in your ears, even with sudden movements. I was happy to wear them for many hours at a time, something which can’t be said for many true wireless earbuds on the market. That doesn’t mean I’d recommend them for use while running, although the IPX4 rating means they’re resistant to sweat and raindrops. 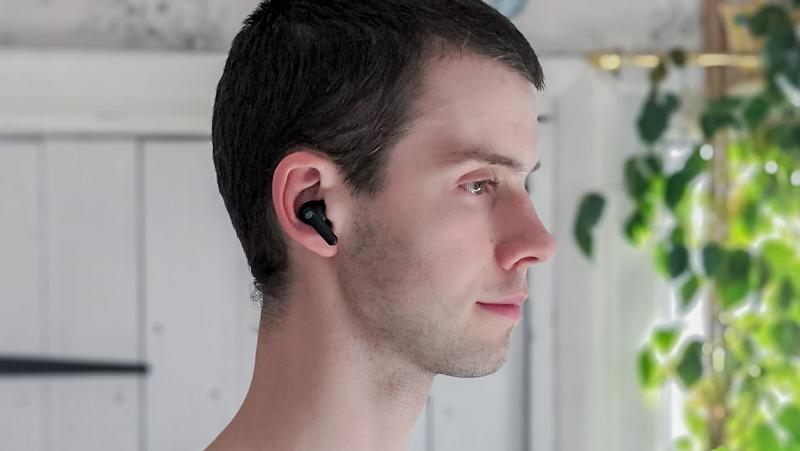 The buds have a very minimalist design, with just the Urbanista logo on the stem and no physical controls whatsoever. This stripped-back aesthetic is emphasised on the Midnight Black model I tested, although they’re also available in Rose Gold, Dark Sapphire, White Pearl and Burgundy Red.

It also means you’ll be reliant on the touch controls, provided you don’t want to control everything from your phone or other connected device. The lack of a companion app (which I’ll come back to later) means you’ll have to stick to the defaults Urbanista has chosen.

Tapping the logo on the left earbud twice to play/pause worked fine, although I’d have liked the option for a single tap. Especially when I first started using them, I kept accidentally tapping once, which turns the volume down. As you might expect, a single tap of the logo on the right bud will increase the volume. A double tap of the logo on either bud will both answer or end a call (depending on the situation), while you’ll need to tap and hold to reject incoming calls. This sounds confusing, although unless you’re constantly receiving calls it’s unlikely to be an issue. 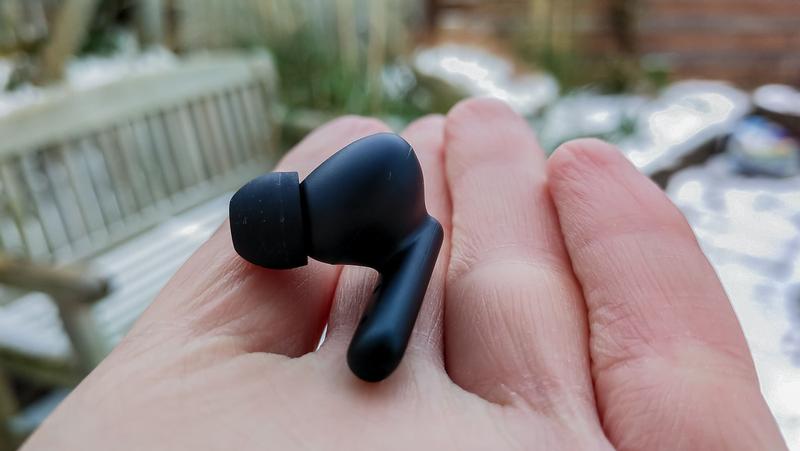 One mode you are likely to use regularly is active noise cancellation, which is toggled by touching and holding the logo on the right earbud for 2 seconds. The equivalent function on the left bud turns on ambient voice mode, which amplifies external noise. I’ll talk more about how they work later, although I did find it annoying to have to physically press the buds into your ear to access these features.

The only other touch control of note is a double touch of the right earbud to trigger the voice assistant. This supports both Google Assistant and Siri, but doesn’t work hands-free.

On their own, none of these controls are particularly annoying, but they combine to form a confusing patchwork which means you often trigger the wrong function. Even a single physical button would have simplified the control system dramatically.

You do find a physical button on the case, although this is only for pairing and resetting purposes. The buds are housed horizontally in this pillbox-shaped case, unlike the vertical arrangement of most wireless earbuds. This could have caused issues with the alignment for charging, but Urbanista has done a good job of ensuring it hits the right spot every time. 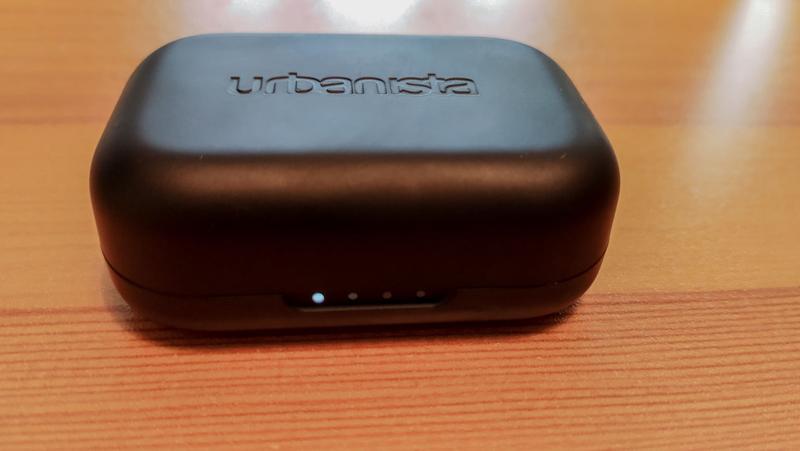 A simple LED light system on the front gives a quick overview of your remaining battery life, while there’s a USB-C port for charging on the back. The colour of the case matches the earbuds on each colour option, although they all have a matt finish which gives a premium look and feel to the experience. The minimalist ‘Urbanista’ branding on the top of the case adds a further classy touch.

In order to effectively test the buds, I played a selection of songs from Amazon Music’s ‘Best of Ultra HD’ playlist, which is said to offer more than 10x the bitrate of standard music streaming services. This allowed me to maximise the sound quality I was outputting – the buds had no excuses. In the interests of a fair test and due to being in a relatively quiet environment, I kept both active noise cancellation and ambient sound modes turned off. 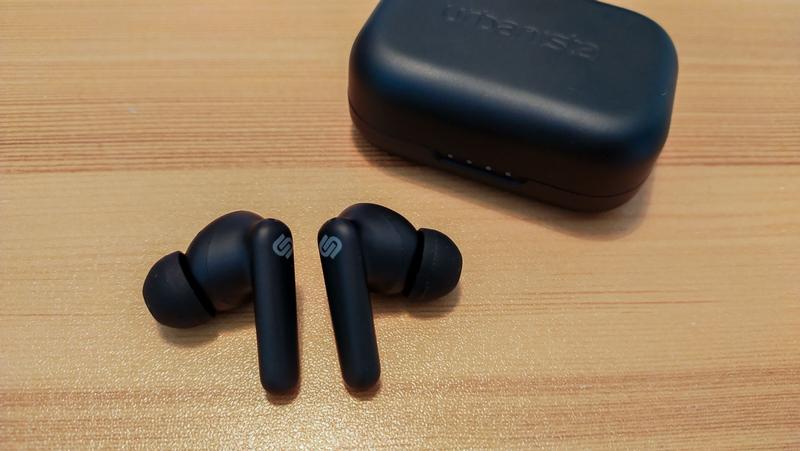 Bob Marley’s ‘Is This Love’ was very impressively reproduced, allowing me to hear the detail in individual background instruments. ‘Aint No Sunshine’ by Bill Withers was similarly atmosphere, although I found it to be slightly lacking in treble and muffled at times. That wasn’t the case on ‘Someone You Loved’, with the simplicity of Lewis Capaldi’s crisp vocals and the piano backing track proving very effective. The strain on Bruno Mars’ voice as he hits the big notes on ‘Grenade’ was just as impressive, while the detail in the backing track is something I haven’t heard on some other buds.

There’s a lot more going on in Dua Lipa’s ‘Levitating’, but while the buds were able to capture the electric guitar extremely well, I found it a bit muddy at higher volumes. They were able to handle the complex fusion of three voices on ‘South of the Border’ well, though, with Ed Sheeran, Camila Cabello and Cardi B all sounding extremely distinctive.

Eurythmics classic ‘Sweet Dreams (Are Made Of This)’ wasn’t quite as impressive, failing to deliver the atmosphere I usually associate with the song and rendering Annie Lennox’s vocals slightly muffled.

In general, the Urbanista London buds performed significantly better on modern tracks, particularly those that were more stripped back or with a simple backing track. It struggled slightly with more complex arrangements, while the less impressive older songs felt like more than just due to the recording technology.

Given the buds’ preference for simpler songs, you won’t be surprised to hear it performed extremely well with podcasts. Audio was extremely clear and rich, working well with both active noise cancellation or ambient sound mode enabled. Neither lead to any noticeable decline in the quality of the sound.

It’s clear that the ambient sound mode was designed with a big city like London in mind, allowing plenty of external noise to pass through. This makes it great for busy environments like pavements and tube carriages, even if they are rare at the moment. Even at home, I found it very effective at amplifying the sounds around me.

It’s impressive to see active noise cancellation (ANC) on buds at this price point, and the Urbanista London’s do a decent job at blocking out the majority of background noise. It’s not quite as impressive as you’ll find on the likes of the Sony WF-1000XM3 and AirPods Pro – you’ll still hear louder sounds – but at this price point I can’t complain too much. I’d much rather it was here in this form than not at all.

There was no noticeable quality drop with either turned on, while the connection via Bluetooth 5.0 was fairly solid. I did have some trouble getting the buds to connect at times, though, especially using a new device for the first time. Like many true wireless earbuds, they turn on automatically when removed from the case, but I found myself pressing the button on the case to reset them fairly frequently. 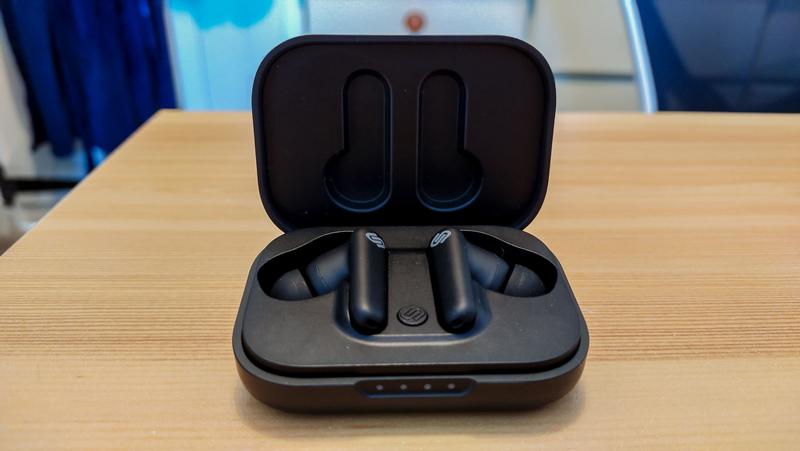 One thing that was more impressive was the automatic in-ear detection. It was extremely effective at pausing music when I took one of the buds out and resuming when I put it back in.

The big feature you’re missing here is a companion app, which means you can’t adjust the ANC or customise the sound to suit you. I’m a fan of the sound profile of the buds out of the box, but it would have been nice to have the option to fine tune the audio.

In terms of audio input, the London buds have a total of 6 microphones. They worked well in picking up commands to Google Assistant, while calls with friends were fine too. They’re probably only suitable for casual use, though – check out our best microphones for streaming and podcasting if you’re looking for something more serious.

Battery life is crucial on any pair of wireless headphones, and Urbanista’s claims for the London buds make for impressive reading. The company says you’ll get 5 hours from the buds themselves and a further 20 hours via the case, making for a total of 25 hours of battery life. This is slightly than you’ll find on the AirPods Pro, although Urbanista doesn’t say how it’s affected by ANC being turned on.

My experience with the buds was consistent with the claims. The London’s could easily last me multiple days of usage on a single charge and popping them in the case meant I was rarely worried about them running out on me. There’s even wireless charging, with the buds compatible with all pads supporting the Qi standard.

The Urbanista London earbuds cost £129/ US$149 they first launched in July 2020. That seemed a pretty fair price for a product that has plenty of features and ticks a lot of boxes for most people.

However, they’ve dropped to just £99 at Amazon (still US$149), putting them in budget wireless earbud territory. Very few products at this price point offer active noise cancellation, including our current overall champ in the RHA TrueConnect 2.

The ANC is by no means flawless, but when you look at everything you’re getting, there’s no doubt the Urbanista London buds offer excellent value for money.

With the London buds, Urbanista delivers all the fundamentals most people are looking for in a pair of wireless earbuds. They offer great, if not class-leading, sound quality, an excellent fit and solid battery life. It’s also impressive to see active noise cancellation at this price point, even if it can’t stand up to more expensive buds.

However, with its recent price drop, the range of features offered for under £100 makes the Urbanista Londons among the most well-rounded pair of wireless earbuds you can buy. Whether you pick them up will likely depend on whether the lack of a companion app and frustrating pairing process are dealbreakers for you.

Check out How we test: Audio for more information on what goes into one of our reviews.