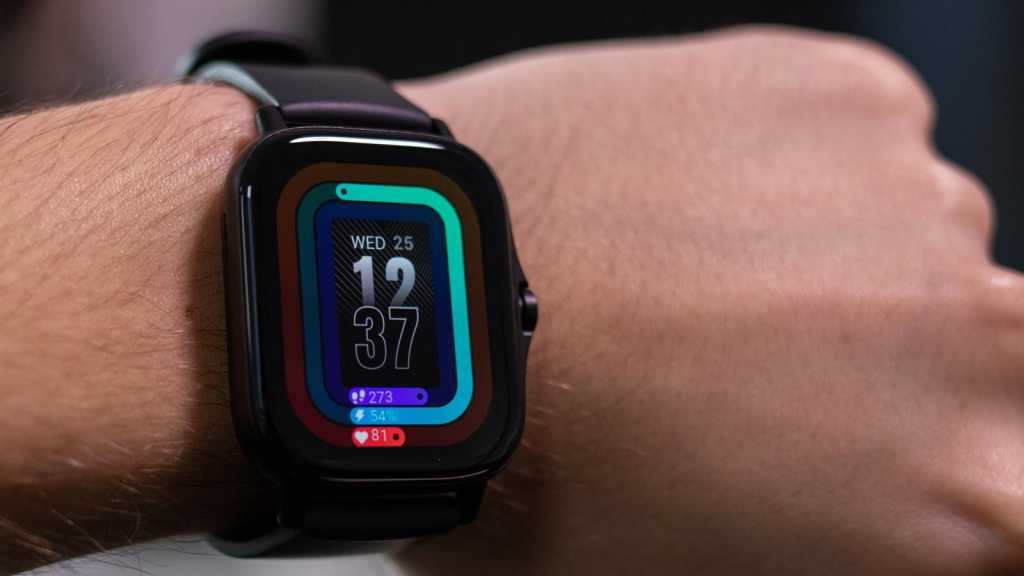 Comprehensive tracking features and a slim design make the Amazfit GTS 2 an attractive value proposition, but if you can afford to spend a little more you’ll find smoother software from Apple and Fitbit’s affordable offerings.

The Amazfit GTS 2 is yet another affordable, functional, fitness-focussed smartwatch from Chinese wearable giant Huami.

Like most Amazfit watches before it, the GTS 2 offers decent tracking, a durable build, and impressive battery life – though software remains the big weak spot, with a slightly clunky interface and limited compatibility with other apps and tracking options.

The result is a great fitness tracker and a so-so smartwatch. Once upon a time the low price tag would have been enough to make the GTS 2 a no-brainer for fitness freaks on a budget, but with the Apple Watch Series 3 now only £199/$199, the competition is stiffer than it used to be.

Let’s get one thing out the way early: much like the first Amazfit GTS, this looks quite a lot like an Apple Watch. That’s no bad thing of course, but the inspiration is obvious. 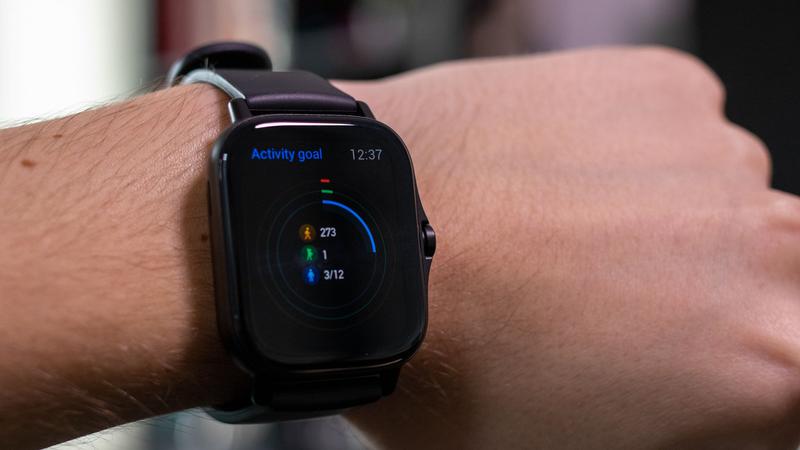 The watch body is rectangular, with a single crown button at the centre of the right-hand edge. If you’d prefer a rounded design, consider the otherwise very similar GTR 2, which is, for the most part, the same watch but with a circular face.

One of the few differences between the two models is that while the GTR 2 is a little bulky, the GTS 2 is actually extremely lightweight – the main body is a mere 14.5g. That’s thanks in part to the plastic frame, which doesn’t feel cheap but certainly isn’t as premium as some pricier rivals. Still, the fact that it’s so slim and light means it’s unlikely to bother you to wear all day, unlike some bulkier fitness watches.

The rectangular display is a dinky little 1.65in AMOLED, and it’s plenty bright and colourful. You don’t need pristine colour accuracy on a watch face, but the screen here is good quality, and it shows as you swipe around the vibrant menus.

As you’d expect for a sports watch, the GTS 2 is also 5ATM water-resistant. I haven’t taken it swimming, but it’s survived plenty of showers so I’m not worried about its durability when wet. 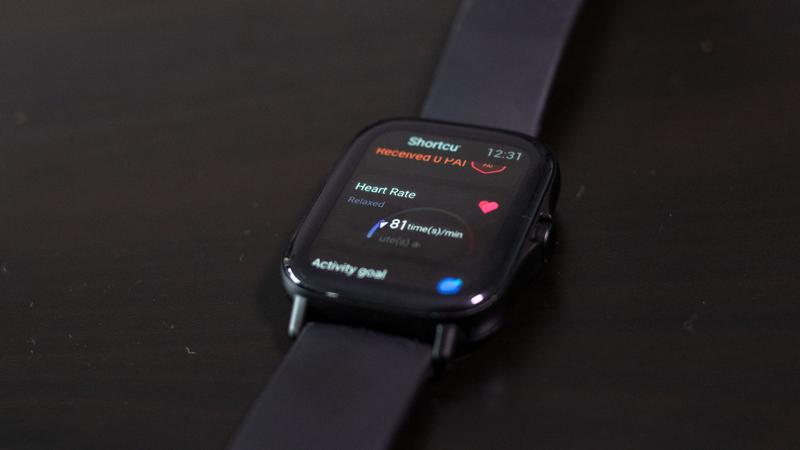 I’ve been testing the black model, but it’s also available in gold or grey, and each comes with a match silicone strap – though these use standard 20mm watch strap fittings, so can easily be swapped out.

Unless you’re really insistent on a heavier metal body – or just plain don’t like rectangular watch faces – then there’s really very little to argue with when it comes to design here. Amazfit has nailed it.

The GTS 2 can’t match the full suite of tracking provided by the likes of the top-spec Fitbit Sense, but it’s not far off: it tracks your heart rate, SpO2, stress, and sleep, along with the usuals like steps and activity. Not bad for a budget device.

Heart-rate monitoring is passive and 24/7, so you can track your highs and lows across the day. I’ve found results fairly accurate for the most part – I’ve been using it in conjunction with Ring Fit Adventure workouts on the Switch, and get essentially the same heart-rate results from each. 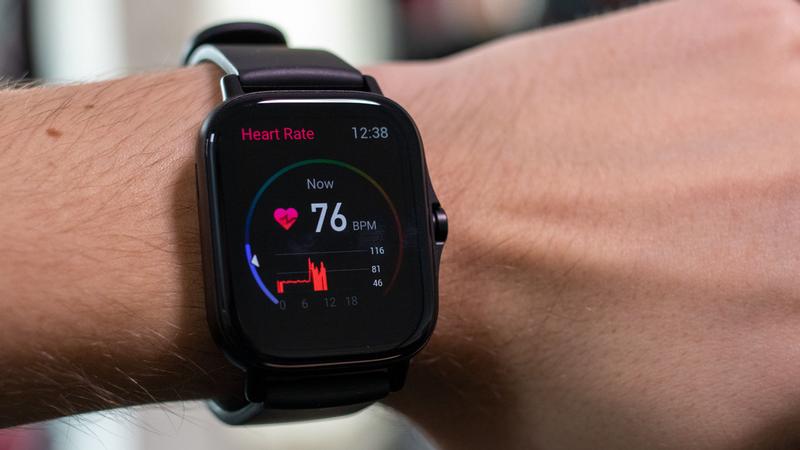 Sleep is also tracked by default, and will tell you how long you slept, what proportion was in each sleep phase, and give you an overall quality score.

Stress tracking is optional, but if you activate it the device will check every five minutes. It’s actually looking for heart-rate variability, and will give you a stress score between one and 100. Unlike Fitbit’s approach I’ve never noticed the GTS 2 alert me that my stress is high and recommend approaches to calm down, but you can see a daily graph in the accompanying app if you want to get a sense of your average stress, and when it peaks during the day. 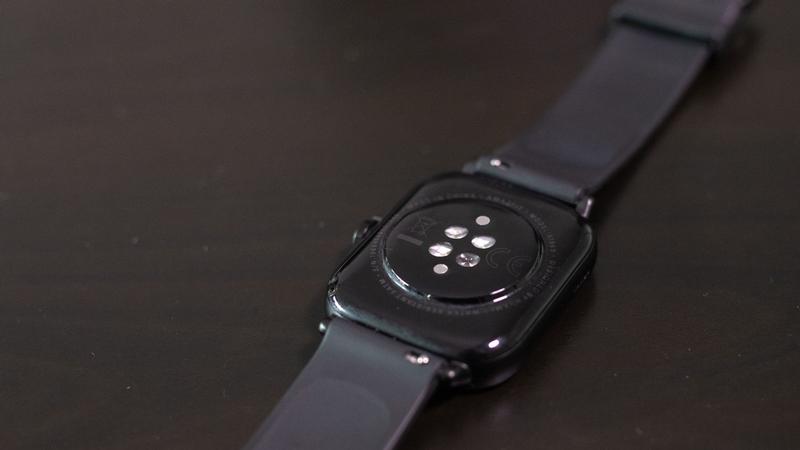 SpO2 monitoring is the only one that needs to be activated manually. This measure of your blood oxygen level can be a predictor of heart problems, and low blood oxygen levels have also been associated Covid-19, adding to the appeal of this type of tracking.

Measuring SpO2 is a little more fiddly – it takes a minute or so, and requires you to keep your arm still and horizontal during that time. If it goes wrong, the watch simply gives no result and tells you to start again, so it can take a few attempts to find out what’s going on – not ideal.

Still, this is a useful measure to have to hand (literally) even if, as ever, it has to come with the caveat that you should only use the measurements here as a rough indicator, and go to your doctor if you have concerns.

Beyond the proper health tracking, of course, the GTS 2 will track your steps and other activities, with tracking supported for 90 different sports, and automatic recognition of running, walking, cycling, swimming, treadmills, and elliptical machines. There’s GPS tracking too for outdoor activities. 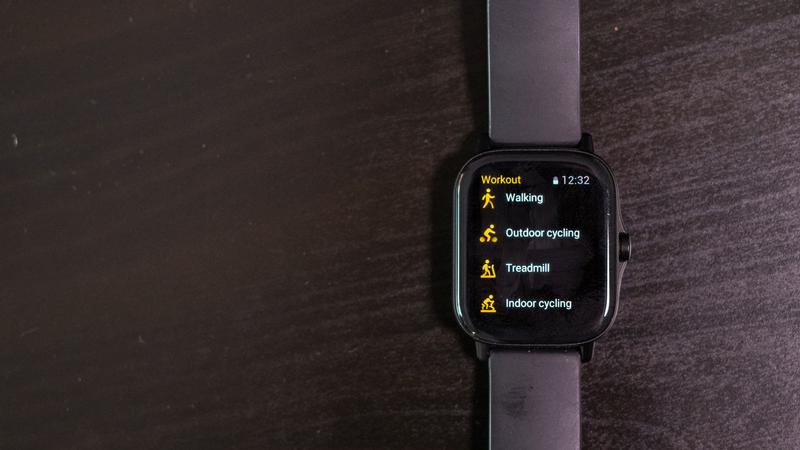 Your activity is organised into a score Amazfit calls PAI: Personal Activity Intelligence. Your PAI score is a rolling 7-day average, and you earn points every time your heart-rate is elevated. The aim is apparently to hit a score of 100 or more over a week, which I’m mostly hitting through a 30-minute workout every morning and an occasional walk to the shops (#lockdownlife).

If there’s a major downside to the GTS 2, it’s probably software. The watch doesn’t run Google’s WearOS, but instead runs its own custom software.

Amazfit has steadily improved this over the last few years, and it has strengths. There’s a huge array of customisable watch faces and always-on display options, and for the most part the operating system is simple and easy to navigate. There are even some simple voice controls to switch apps and start workouts. So far, so good. 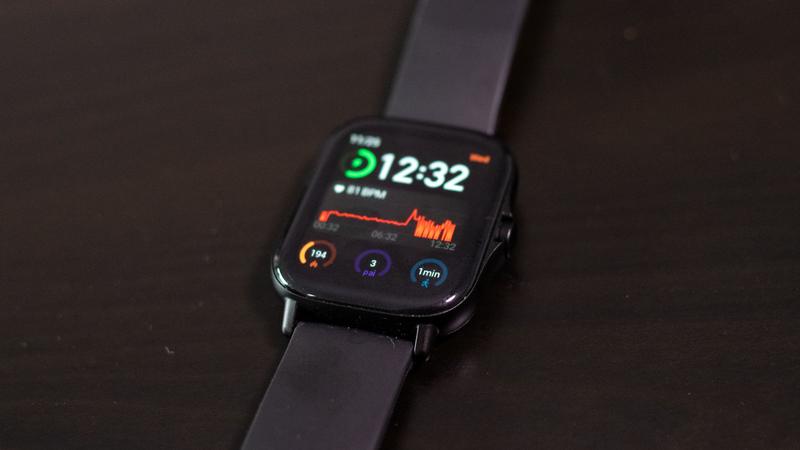 The problem is that the ways the watch can interact with the rest of your digital life remain frustratingly limited. It supports notifications, but I found them patchy and inconsistent – some days every WhatsApp message buzzed through to my wrist, other days none of them did.

There’s no support for third-party fitness, weather, or music apps – no Spotify here – so you’re stuck with Amazfit’s own solutions, whether you like it or not.

When you’re on the phone, you can access your data through the official Amazfit app – confusingly called Zepp, the name of Huami’s other wearable brand. While the home screen is clear enough, laying out the main data you might want, as soon as you try to dig into settings it rapidly gets cluttered and confusing to navigate, with different settings spread across – by my count – four different parts of the app. 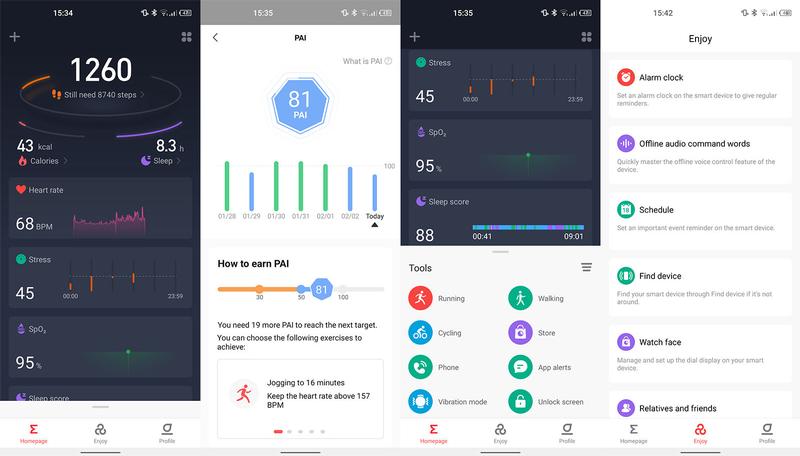 Software support used to be a major reason to avoid Amazfit watches, and to be fair to Huami the situation has improved significantly. It’s still a weakness, however, and this remains the main reason to consider spending more for a Fitbit or an older Apple Watch, which will likely be easier to use and more compatible with your other tech.

If software remains Amazfit’s Achilles heel, then battery life is still its secret weapon. The company touts an impressive 7-day battery life for the GTS 2, which can be dragged out to 20 days if you use the low-battery mode that turns off a lot of features. 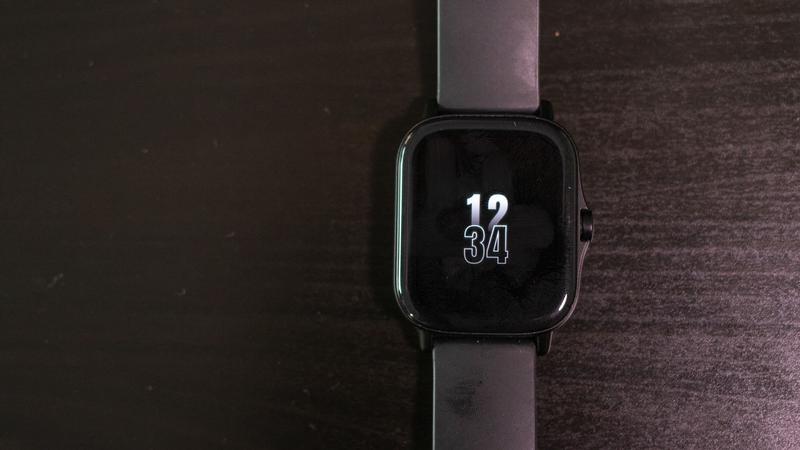 There’s a big caveat here, which is that if you use the always-on display so that you can see the time at a glance, battery life will drop down to three or four days. That’s still plenty though, especially when you consider that Apple has only just hit the point where an Apple Watch lasts long enough to handle sleep tracking.

At £159/$179 the Amazfit GTS 2 remains affordable, but is still a jump up from the €129 RRP of the original GTS. That might be alright, but the competition in the budget space is growing, and there’s a strong argument to be made that spending a little more to shop elsewhere will be worthwhile.

£199/$199 will now net you a new Apple Watch Series 3. That model – a few years old now – won’t offer sleep, stress, or SpO2 tracking, but the software experience is leaps and bounds ahead of Amazfit’s, and still the best around for iPhone users.

Perhaps more tempting at the same price is the Fitbit Versa 3, which offers similar tracking to the GTS 2 – there’s just no stress support – with a cleaner phone app and better third-part support for apps like Spotify.

Check out our full guide to the best smartwatches and best Fitbit for more options we recommend.

Comprehensive tracking features and a slim design make the Amazfit GTS 2 a fairly attractive proposition, and the value for money is hard to deny.

Still, value offerings from Fitbit and Apple are improving, and anyone who can afford to spend a little more will probably find that rewarded by significant software upgrades from the other brands, at the price of increasingly minor hardware compromises.