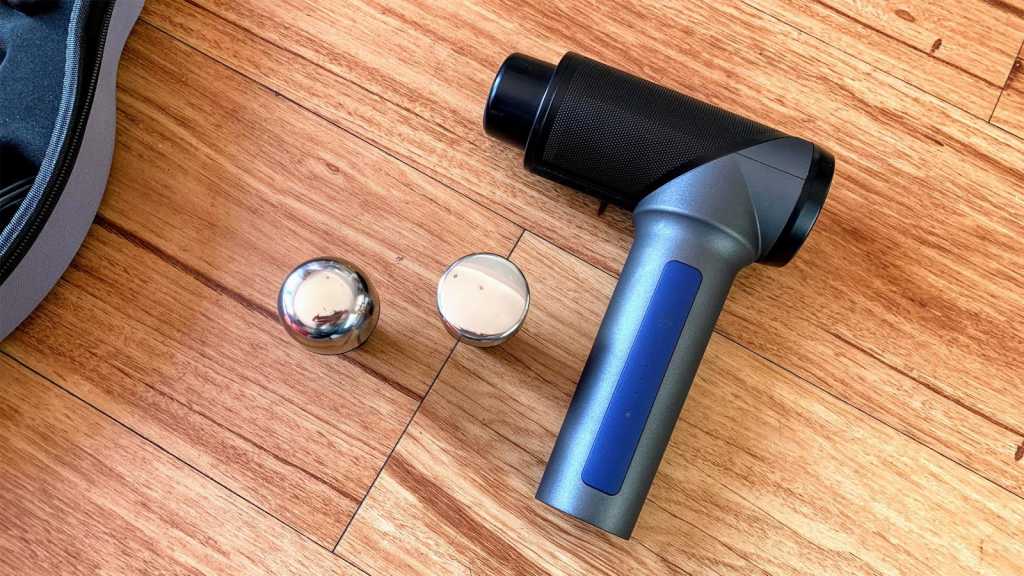 This budget percussive massage gun does what it promises and all for a decent price.

Massage guns are useful for various things from reducing muscle soreness during exercise, improving blood flow to a specific area you want to work on and quicker recovery after training. They can also be used for ailments such as carpal tunnel and planar fasciitis. They look a cross between a kitchen appliance and a power drill, and often cost a lot.

Price can be a huge barrier to trying them out, but Sportneer’s K1 Mini is way more affordable than devices from some of the big names in vibration therapy.

You’d be wrong in assuming that if it’s so much cheaper it must be ineffective or poor quality. I tried out the K1 before I even looked up the price and was shocked to discover it was less than half as expensive as I though it would be.

Build quality is very good and battery life is excellent. With frequent use, it lasted around two weeks before needing to be recharged. Using the faster modes and more pressure will reduce battery life: Sportneer says you’ll get between 1.5 and 5.5 hours from the LG battery cells in total, and there’s a 10-minute off timer to prevent you from having sessions too long.

It comes in a zip-up hard case which has slots for the six included attachments and the power supply, so you can keep it all neatly without risking losing any of the pieces. 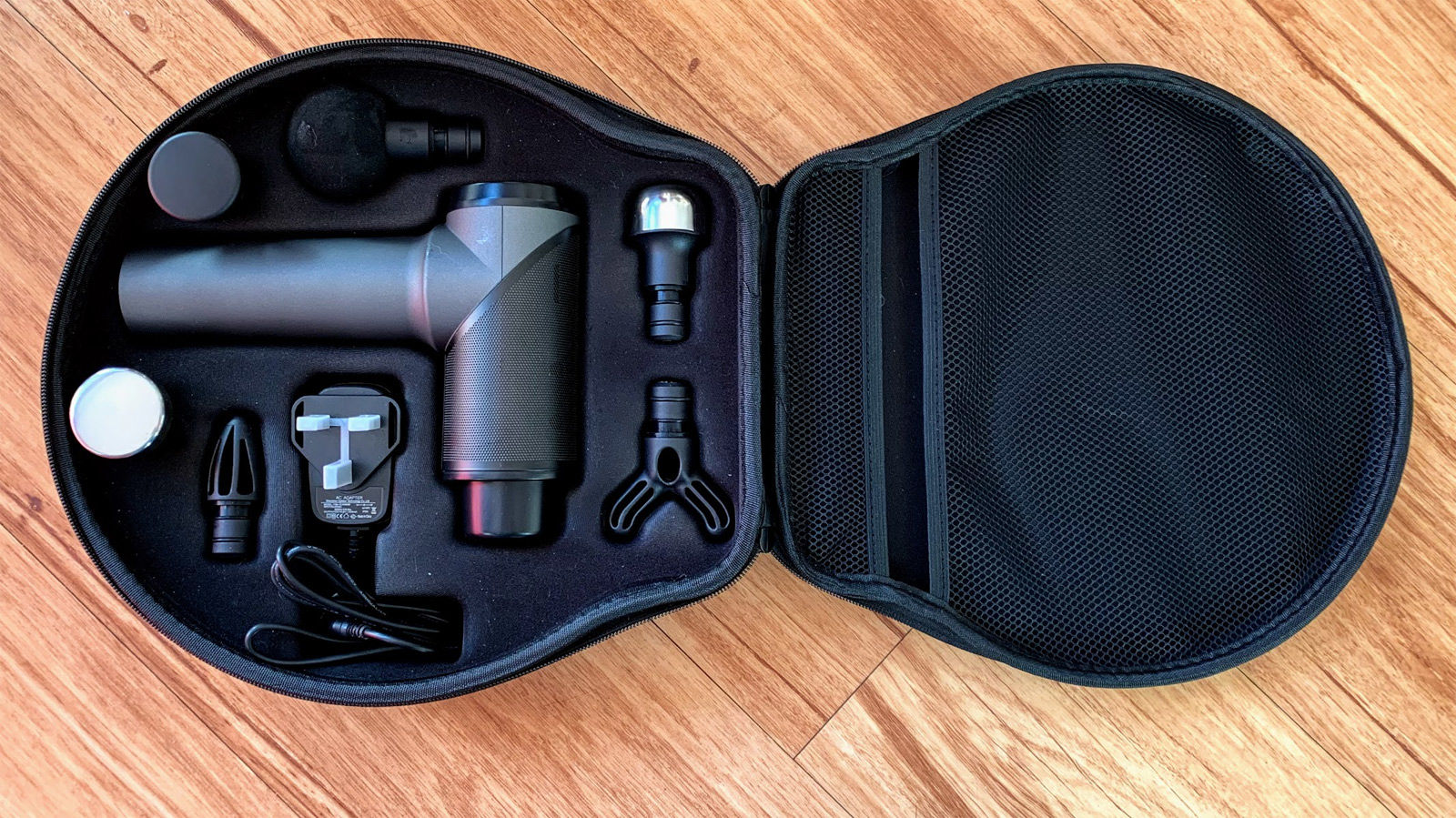 The gun itself is more compact than many massage guns, and light at 800g. It’s also quieter than many, with a claimed 35dB at the slowest setting and 55 at the highest.

There are five power levels: 1200, 1600, 2200, 2800 and 3200rpm. To select them you have to short-press the power button to cycle through the modes, which isn’t as easy as + and – buttons would be. The light from the LEDs bleeds so it’s not always obvious which mode you’re in, but ultimately these are minor gripes. 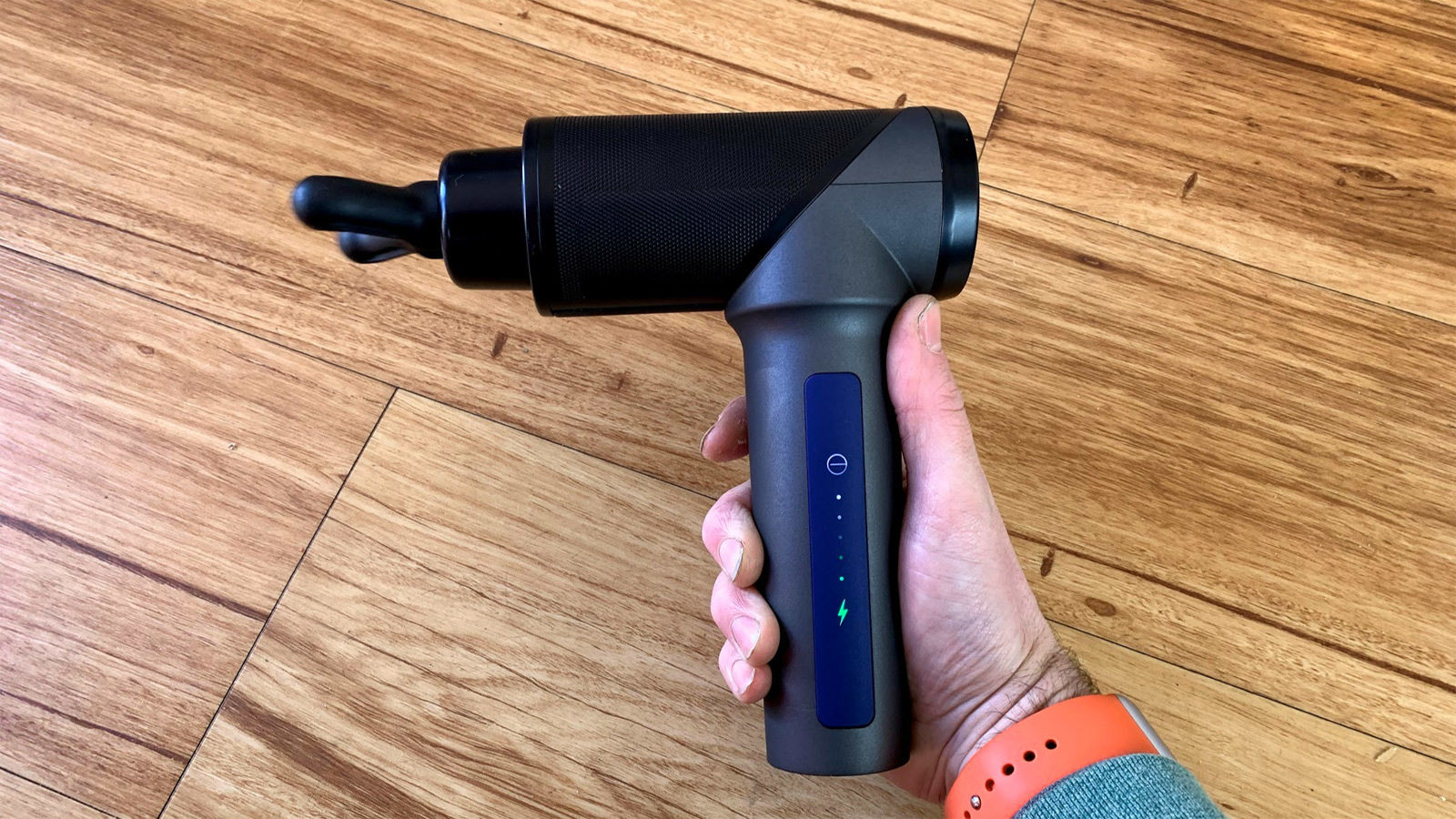 The 11mm amplitude isn’t as long as some: Theragun says that 16mm is required for the gun to be effective at working on deep tissue.

In use, though, it certainly felt effective at relieving achy shoulder and leg muscles and was likewise handy for warming up muscle groups before exercise. Two of the included attachments have metal tips, which allows you to use massage oil with them. The Y-shaped attachment is useful for massaging either side of your spine, though it is difficult to hold the gun yourself  and position the attachment so it doesn’t hammer your spine as well: it’s best to get someone else to help.

This isn’t helped by the fact there’s only really one way to grip the gun: it can be a lot easier to get to hard-to-reach places with a design like the Theragun.

You can buy a Sportneer K1 Mini from Amazon for £70.99. The model name isn’t mentioned anywhere on the listing, which can be confusing, but Sportneer makes only two models, and the other is more expensive.

In the US, the K1 costs $119.99 from Amazon, so it’s a rare occasion when those in the UK pay considerably less. (We did see guns which look identical for less on Amazon, though.)

Overall, the Sportneer K1 is a great-value massager which is ideal if you’re looking for something for home use rather than for elite professional use.