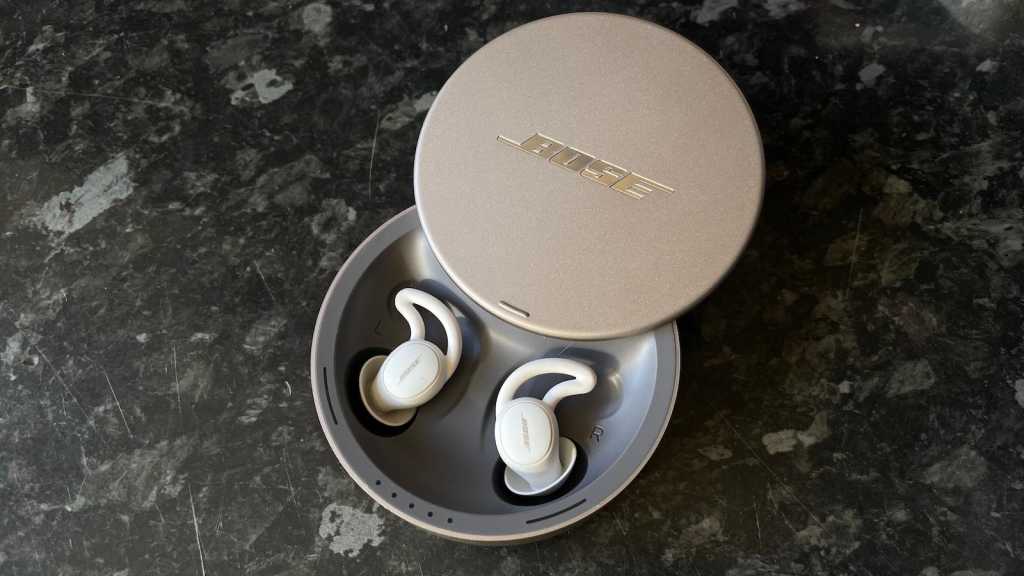 The Bose SleepBuds II are undoubtedly among the most comfortable earbuds to use when falling asleep, even for side sleepers, but the high price and restrictions on playing music or podcasts from outside the Bose Sleep app may put some off.

Let’s be honest, a lot of people have trouble sleeping. Be it struggling to get to sleep or managing to stay asleep, people are struggling to get their full eight hours, and like most areas in life, technology could help fix that problem. Soundscapes can help send you off to the land of nod, but the problem is that standard earbuds just aren’t comfortable to wear all night – especially if you’re a side sleeper.

Bose realised this, and got to work on the SleepBuds. The first-gen SleepBuds suffered from battery issues, but the company is confident that it has fixed that with the new and improved Bose SleepBuds II. The question is, at a premium £229.95/$249.95, do they offer enough to take the plunge? While the SleepBuds II do excel in some areas, frustrating restrictions make them hard to recommend – carry on reading to find out why.

As somebody that lives with tinnitus, I like to fall asleep listening to white noise, and that means I’ve experimented with headphones and speakers of all shapes and sizes. Headphones are generally the better option, especially if you share a bed, but the problem is that even the smallest earbuds become uncomfortable when sleeping on my side – aside from the Bose SleepBuds II, that is. 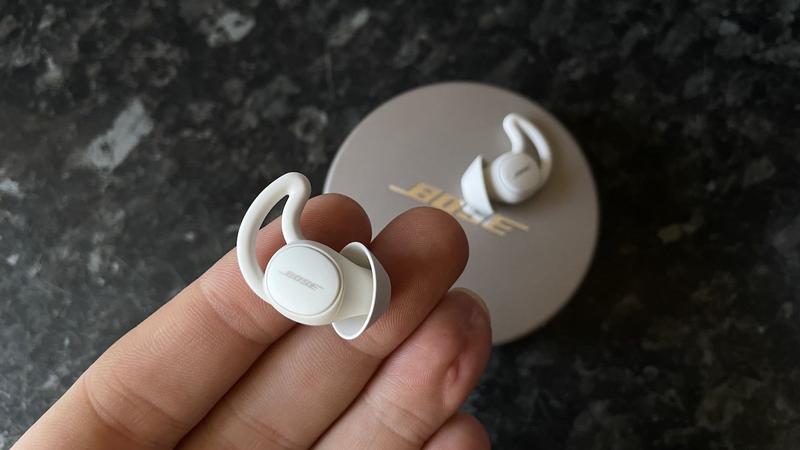 Like the first-gen buds, the Bose SleepBuds II are a pair of impressively small earbuds designed to fit in the ears comfortably without the build-up of pressure – even when sleeping on your side, as I tend to.

The small dimensions mean the buds fit really well in the ear, and they’re as secure as running headphones like the Adidas RPD-01s thanks to a combination of customisable eartips and customisable earwings.

There are three sets in the box, and I’d recommend taking the time to try each out as a great fit will make all the difference to the overall experience. The buds didn’t come loose once during my testing, and despite the secure placement, my ears were always ache-free – even after a full 8 hours of sleep.

The buds are mostly covered in soft-touch silicone that helps negate any pressure build-up in the ear, and there’s an anti-friction coating on the exterior that stops the distracting noise you get when rubbing against a pillow as you move during the night. Putting it simply, Bose has covered all the bases when it comes to fit and comfort. 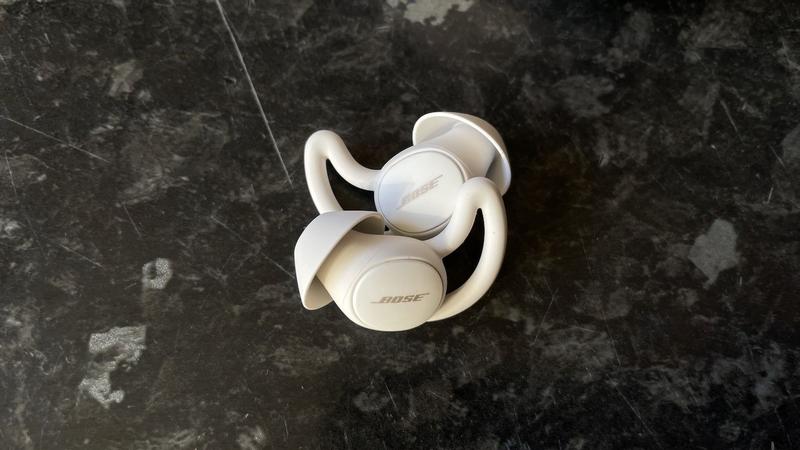 When not securely in your ears, the SleepBuds II live in a hockey puck-esque case with a satisfying sliding lid and a grippy bottom that stops it from sliding around your bedside table. Using magnets, the earbuds will snap into place when placed into the case, and to make things easier, both the earbuds and the case are marked with “L” and “R” so you know which is which, even when you’re tired last thing at night or groggy first thing in the morning.

When it comes to finding out the battery life of the buds themselves, that information is only available via the Bose Sleep app for iOS and Android.

Getting to sleep with the Bose SleepBuds II

The Bose SleepBuds II connect to your smartphone via low-energy Bluetooth, which is then used to control and transfer sounds to the buds via the Bose Sleep app. And no, that’s not a fancy way of describing audio streaming – the soundscapes on offer from the Bose Sleep app are literally stored on the buds, rather than being played from your phone. 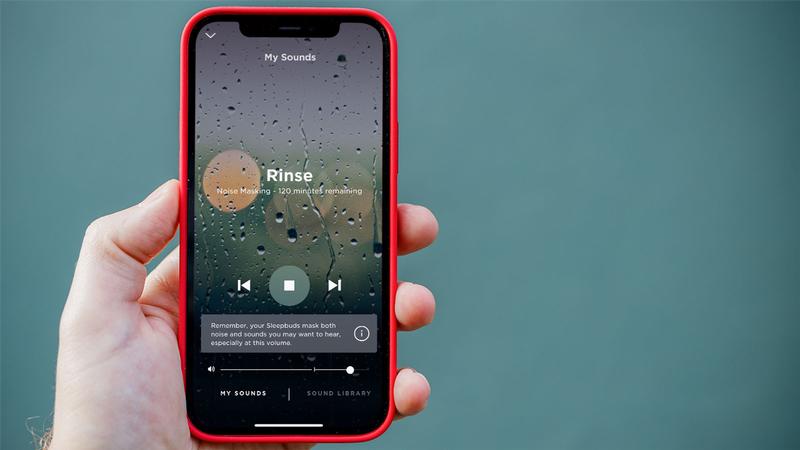 Using the Bose Sleep app for iOS and Android is generally a stress-free experience. The buds will connect to the smartphone automatically once removed from the case, albeit sometimes after as long as 20 seconds, and from there, you can browse the selection of sleep-focused sounds to help you drift away to the land of nod.

There are 40 tracks split across three genres to choose from: Noise Masking, Naturescapes and Tranquilities. Noise Masking sounds aim to reduce or completely mask any external noises – like snoring or a busy road – that can wake you up and Naturescapes use natural soundscapes like a cascading waterfall or the sound of crashing waves to help you drift off.

Both are fairly similar, especially considering many of the noise masking sounds are nature-based, like a blowing breeze or the sound of rainfall in a forest, but that certainly can’t be said for the third category, Tranquilities.

Tranquilities is another beast altogether, ditching the sounds of nature for something more musical, using a rather monotonous tonality reminiscent of new-age trance to get you to drift off. It’s certainly not for me, but there must be some people that enjoy that kind of thing, or Bose wouldn’t have included it. 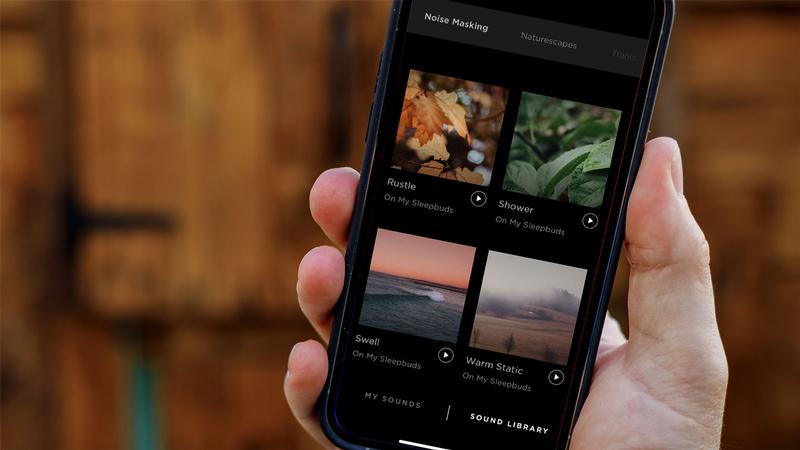 I’m much more of a “nature sounds” kind of guy, and my go-to on my nightly routine is the sound of pouring rain, so the Noise Masking and Naturescape sounds were right up my street. The soundscapes helped me drift off and drown out distracting noises like trains passing by at 1am and the neighbour’s dog barking at the crack of dawn, and the low hum from noise-masking sounds mean I didn’t feel the need to turn the buds up too high either.

You’ve also got the option of setting an alarm that’ll gently wake you up in the morning – ideal for early risers that share a bed – and it works pretty much as advertised, gently waking you up with calming sound effects. The catch is that while you can use the buds without your phone to listen to pre-stored sounds, you won’t be able to set an alarm without a connected smartphone.

That all sounds great, but sadly, the SleepBuds II experience isn’t perfect.

The first headache is one I touched on earlier; the buds store the soundscapes locally, rather than relying on a smartphone to stream via Bluetooth like standard wireless earbuds. Combined with the slower Bluetooth LE connection, it can take 10-20 minutes to transfer sounds to the buds, meaning you’ll want to browse and experiment with the sounds on offer way before bedtime. 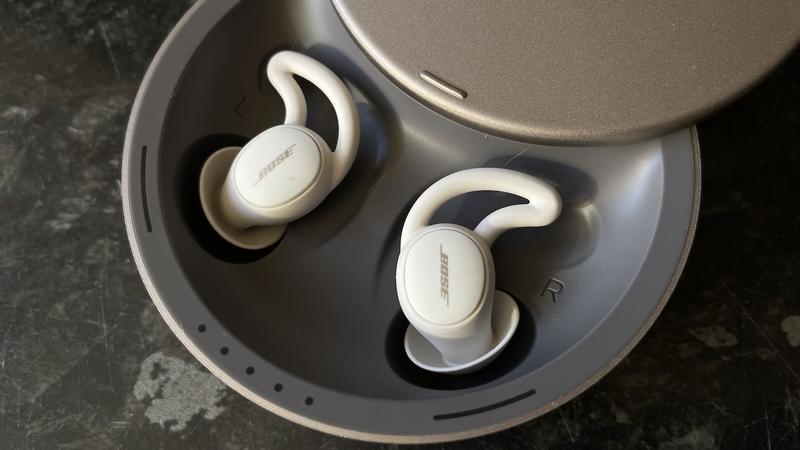 However, the bigger problem is that the SleepBuds II work exclusively with the Bose Sleep app – you can’t stream audio or podcasts from any other source on your smartphone. In fact, the buds aren’t paired to your smartphone in the traditional sense – they only connect once you open the Bose Sleep app, removing any potential workaround to get your own sounds playing through the buds. And that’s a massive disappointment given their premium nature.

The Bose Sleep app’s offering is fine, but as somebody that has used white noise apps to sleep for years, I find it’s comparatively basic in nature. There are plenty of apps on the App Store and Google Play that not only have a larger library of sounds, but some even allow you to create your own custom soundscapes to help you get the perfect sound to fall asleep to. I myself have a library of different soundscapes stored on the Files app on my phone that I rely on, but thanks to this frustrating limitation, I can’t use them with the SleepBuds II.

And what about if you prefer to listen to podcasts or old weather reports to fall asleep? Everybody has a preference when it comes to sleep aids, and to limit it to such a narrow selection feels short-sighted – especially given the price of the buds, and the fact it’ll likely only be those with experience with white noise apps that invest.

Admittedly it’s not an issue exclusive to Bose’s sleep-focused buds, with other similarly-designed buds also using a dedicated app for audio playback, but the restrictions are still worth pointing out.

There’s also a notable lack of sleep tracking tech present in cheaper alternatives like the Amazfit ZenBuds, which not only helps you get to sleep but will let you know how well you slept the following morning. 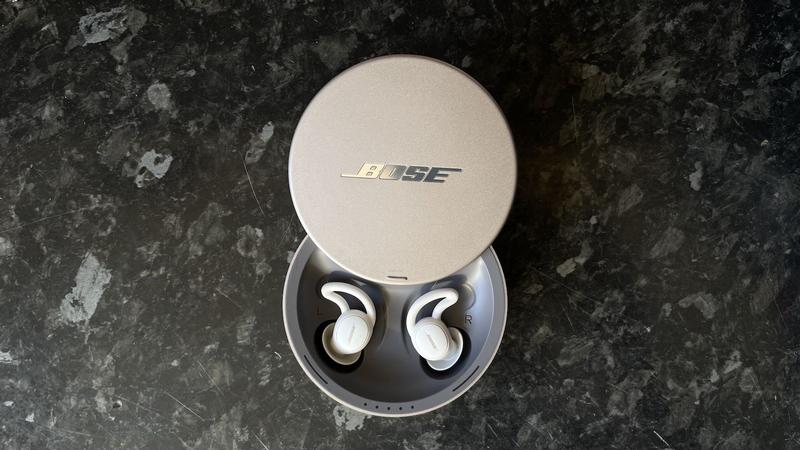 One of the big problems with the first-gen Bose SleepBuds was the battery technology, using silver zinc batteries that caused sudden shutdowns during use. Bose claimed that the tech allowed them to pack a lot of battery life into a small package, but after the inconsistent performance, Bose opted for standard nickel-metal hydride batteries for the second-gen buds.

That does mean there’s a downgrade in the battery department, from 16 hours down to 10 hours, but y’know, at least they won’t randomly shut down. Besides, 10 hours of use is more than enough for the average person – I tend to get around 7 hours a night, and not once did the buds die before I woke up.

Once you wake up, you put the buds back into the case to charge, ready for use again that night – but be warned, they can take up to a whopping six hours to recharge. The case holds around three full charges before it’ll need topping up, a process that’ll take around three hours via the USB-C port on the rear. 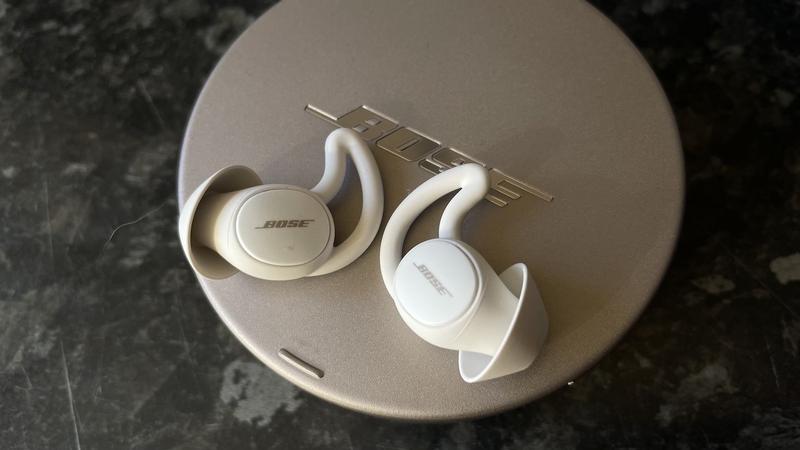 Being a Bose product, it should come as no surprise that the SleepBuds II aren’t cheap, coming in at £229.95/$249.95, making them more expensive than most all-day true wireless earbuds – and let’s not forget that you can’t use these to listen to your own music during the day.

If you are interested, you can grab the Bose SleepBuds II from Bose and Amazon in the UK, along with Bose and Best Buy in the US. If you’re on the market for something a little different, why not take a look at our roundup of the best sleep trackers?

The premium price tag and restrictions that lock you into the sounds available in the Bose Sleep app make the SleepBuds II a little harder to recommend, especially if you’ve got an existing soundscape library you rely on, but I can’t deny that they are impressively small, very comfortable to wear all night long (even if you sleep on your side) and the built-in library of soundscapes can help drown out exterior distractions too.

If you’re new to the world of sleep aids then the SleepBuds II are a good, if not expensive, option, but if you already have a library of soundscapes you like, you’ll have to look elsewhere.