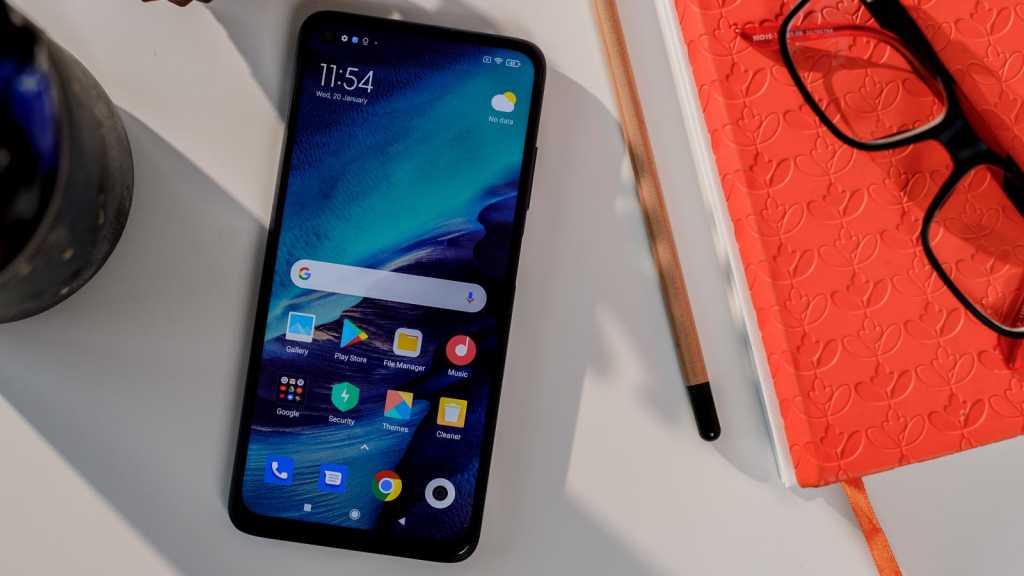 The Xiaomi Redmi Note 9T is a great affordable 5G option – but if you’re not bothered about 5G then there are better budget phones out there.

It joins the Redmi Note 9, Note 9S and Note 9 Pro, but comes with some key differences beyond the 5G capabilities. There’s a slightly lower battery life, a different processor and a more stripped back design. However, it still manages to clock in just over £200.

With all that in mind, how does the phone stack up in actual use?

Like other Redmi 9 phones, this is quite a big handset. It measures 161.9 x 77.3 x 9.05mm and weighs 199g. If you’re looking for a phone that will slip into your jean pocket or something you can use one-handed with ease, this isn’t the one. However, the size does make it great for watching videos on.

The back of the phone is made from a textured matte unibody polycarbonate, which looks rather cheap and doesn’t feel premium to hold. However, the outer materials ensure that you won’t pick up any nasty fingerprints all over the phone.

Compared to other Redmi phones, the design isn’t anything particularly striking. It doesn’t boast the same iridescent colour setup as the Note 9S, but Redmi has obviously sacrificed on a flashy rear design to keep the price low for a budget 5G phone.

I tested out the black variant, which is currently the only version available in the UK – however there is a more aesthetically pleasing purple version on the way. On the back, you get a large circular camera set-up in the centre of the phone, and the Redmi logo.

There’s a fingerprint sensor built-in on the power button on the left-hand side. I personally found this to be clunky – in my experience phones with sensors either under the display or on the rear of the phone are much more reliable. However, using a password or pattern takes only a second.

The phone is fitted with dual speakers, which produces loud and punchy audio. The audio isn’t very detailed or colourful – however, it is better than what I’ve heard on other budget devices.

The Redmi Note 9T also comes with splash-resistant nano coating – though it doesn’t have an official IP rating.

Ports wise you get the classic headphone jack, a microSD slot, a USB-C port and a dual-SIM cartridge – useful for those who are either testing out a 5G SIM or want to use one device for both their work and personal lives.

Though the rear design isn’t anything special, the LCD 2.5D Corning Gorilla Glass screen is rather impressive for a budget buy. Clocking in at a size of 6.53in, the display boasts a resolution of 2340×1080. The punch hole selfie camera and lack of bezels also give the screen a large and (almost) uninterrupted feel.

The Redmi Note 9T also features a 60Hz refresh rate. There are other budget phones with higher figures – including 90Hz and even 120Hz – so this is a let-down. If refresh rate is important to you – perhaps if you’re a keen mobile gamer – you’re better off looking elsewhere.

The phone screen brightness is pretty good, and useable even under direct light. You also get a reading mode and night mode to filter out the blue light and save on any eye strain. This can be added on a timer to save you fiddling around in the settings every evening.

The phone comes with 4GB RAM and either 64GB or 128GB worth of storage, which is paired with a MediaTek Dimensity 800U octa-core processor. This is the same chipset found in the Realme 7 5G, and as you can see below it produces similar scores when it comes to benchmarking.

It also performs close to the likes of the OnePlus Nord N10 5G and the Pixel 4A 5G – both more expensive handsets by far. As I was testing a phone with pre-release software, I wasn’t able to install GFXBench to test its graphical and gaming capabilities, nor was I able to install Geekbench 4 for a second battery test.

Nonetheless, the phone was capable of running multiple apps at once with ease, and it held up well in our Geekbench 5 multicore test.

This phone goes to prove that you don’t need to splash the cash to get something that’s capable of day-to-day multitasking and the odd game here or there.

The Redmi Note 9T boasts a 5,000mAh battery. Whilst it’s not as big as some other Redmi phones, it’s still impressive. On average use it lasted just under two days – using social media, gaming and watching videos.

The phone supports 18W fast-charging. There is faster out there, but you would be hard pushed to find even greater speeds in the budget space. Under internal testing, it managed 29% in 30 minutes from flat whilst turned off.

Under internal testing with PCMark 10, the phone managed 11 hours and 53 minutes. Its not quite as impressive as some other budget phones with big cells, but it is better than average.

The Redmi Note 9T comes equipped with a triple rear-camera setup. This is made up of a main 48Mp sensor, a 2Mp depth sensor and a 2Mp macro lens.

By default the main camera uses pixel binning to combine groups of pixels together to produce 12Mp images. This resulting shot should be large enough if you’re not planning on printing photos or cropping heavily, though you can switch to a dedicated 48Mp mode should you really wish – albeit with some drop in colour quality

Despite the budget price, the photos are decent on the Redmi Note 9T. Colours are vivid and contrast well, and the lens captures textures very well. If you zoom in details are noticeably lost, but that’s to be expected on a handset of this price.

The background blur on portrait mode isn’t always completely accurate – though you can manually adjust this after the photo is taken. The macro lens is also a bit hit-and-miss, sometimes capturing objects well and other times missing the mark.

The front-facing 13Mp punch hole camera is also decent. I would say that it does make skin details and textures appear softer than what you’d get on a higher quality selfie lens, but nonetheless it’s still good enough to take a quick snap.

Another positive thing on the Redmi Note 9T is its night mode. On many budget phones, the night mode is practically useless. However, this phone managed to lift the colours and create a noticeable difference. The sky was a little blown out, and you do have to hold the camera still for quite a long time – but I was pleasantly surprised.

Unlike lots of rivals, there is no wide-angle lens on this phone. This may come as a disappointment to those who enjoy travel shots. However, it is worth noting that most phones at this price point that do have wide-angle lens don’t possess great picture quality anyway.

The Redmi Note 9T runs on MIUI 12, Xioami’s skin of Android 10. The layout and interface is relatively clear, and when you boot up the phone for the first time you get the option of organising your apps either in the classic list form, or via app drawers.

You do get some pre-installed Xioami apps, but there’s not enough here to clutter up the phone. However, you cannot uninstall these apps to free up space.

This phone comes equipped with the Google ecosystem, so you have Google Drive, YouTube, Gmail and more all pre-installed on the device.

What may really sway people to the Redmi Note 9T is its 5G capabilities. So far, the budget market only has a few contenders for 5G phones – the main ones being the Realme X50 5G and the TCL 20 5G. Samsung also has the upcoming Galaxy A32 5G, but that hasn’t released yet.

At the time of writing, 5G speeds and performance won’t really make too much of a difference, unless you’re in an area that has the infrastructure for this. Over 2021, more of the country will support 5G coverage, so you’re certain to see the benefits over time.

The RRP for the Redmi Note 9T is £229 for 64GB version and £249 for the 128GB variant. However, Xiaomi is offering promotions on both of these prices during the launch, with the prices discounted to £179 and £229 respectively.

You can currently purchase pre-order the phones from Amazon UK (releasing on 4 February) and buy them now from the Mi website. If you’re in the US, sadly the phones aren’t available for purchase here. However, you can import the phone from the likes of GearBest.

These discounts make the Redmi Note 9T one of the cheapest 5G phones that you can currently buy in the UK.

If you’d like to take a look at other options, you can check out our charts of the best budget phones, the best cheap 5G phones and the best Xiaomi Phones.

Xiaomi delivers once again with the Redmi Note 9T. Not only does it offer 5G on a budget, but it also gives fast performance, an impressive battery life and a clear and crisp display.

It’s not all positive – the rear design isn’t anything that impressive, the 60Hz refresh rate is low and the side-mounted fingerprint sensor is rather glitchy. In addition, the camera isn’t the best when zooming, and textures are a little soft in portrait mode. In general, there are better budget options out there – though they are without 5G.

Nonetheless, if you want to jump aboard the 5G train without dropping a whole lot of cash on a phone, the Redmi Note 9T is absolutely one to consider.