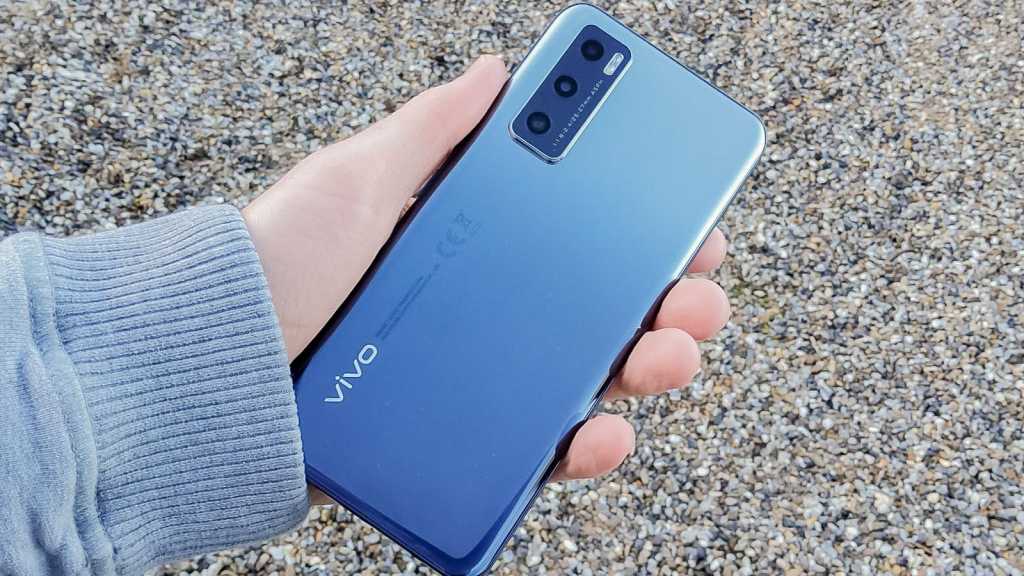 The Y70 offers solid performance and great cameras for the price, but many options at this price point provide a more well-rounded experience.

The past few years has seen many successful Chinese smartphone manufacturers expand into Western markets, bringing a wealth of high-quality, low-cost handsets with them. Established players such as Huawei and OnePlus were joined in the UK by Xiaomi in late 2018, before Oppo and Realme arrived in 2019.

Completing the BBK (Oppo, OnePlus and Realme’s parent company) representation is Vivo, with the Guangdong-based company officially entering Europe in late 2020. One of the four phones to hit these shores is the Y70, a handset which aims to offer the premium smartphone experience at a more affordable price point.

We’ve seen this strategy many times before, though. Can the Y70 stand out, considering the fierce competition at this lower mid-range price point?

The Vivo Y70 does a good job of imitating high-end handsets, especially when it comes to the phone’s highly reflective rear design. It’s made from plastic and not the glass you’ll find on more expensive phones, but still looks stunning when it catches the light. It’s complemented by a two-tone colour scheme, with the Gravity Black model I tested transitioning to silver as you move up the device. There’s also an Oxygen Blue variant that moves to whiter hues, but I wish there were some more eye-catching colour options. 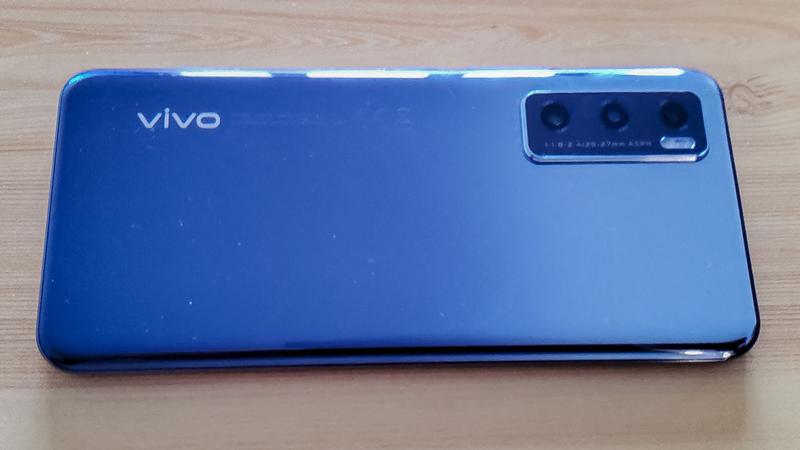 Vivo clearly wants the design to shine, with the rest of the phone relatively understated by comparison. The company’s logo and triple rear camera module are both located vertically on one side of the device, while the model information and certificates cleverly hidden in low light.

It’s a similar story on the front of the device, although here the Y70 has a much more familiar design. The phone comes with a 6.44in, Full HD (1080×2400) AMOLED panel. It’s great to see an OLED display at this price pointed the Y70 benefits hugely as a result. Colours are rich and vibrant, offering an excellent level of detail. The difference between this and a 1440p panel are barely discernible unless you properly examine it, so I think it was a wise compromise for Vivo to make. It’s only 60Hz, but high refresh rate displays aren’t the norm on affordable handsets just yet. Where it does excel is brightness, reaching an impressive 412 nits in my testing, meaning outside visibility shouldn’t be a problem.

The screen is housed within the now-customary slim bezels, although Vivo has continued the trend of including a rather unsightly teardrop notch. It houses a 16Mp selfie camera which also supports face unlock, but I wish more manufacturers would sacrifice a little on screen-to-body ratio (83.9% in this case) for a more symmetrical design. 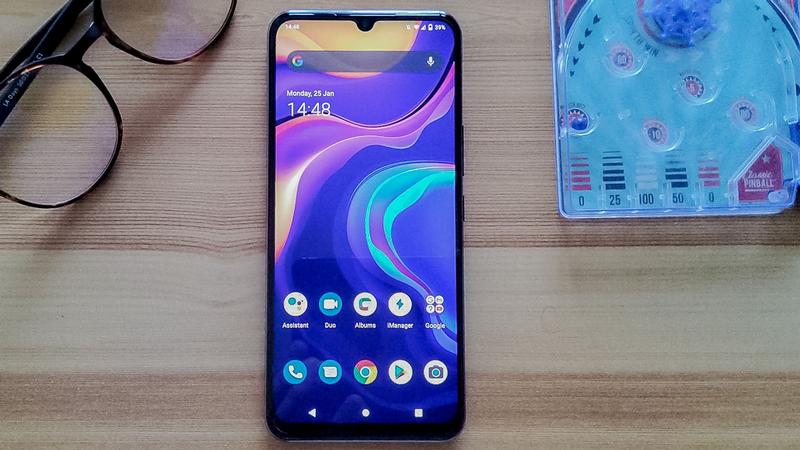 Face unlock is extremely fast and reliable on the Y70, but the other biometric unlocking option is even more impressive. The phone comes with an optical in-display fingerprint sensor, which was simple to enrol and far more reliable than the majority I’ve tested. It’s not quite as fast as a physical sensor, but it’s clear the technology is improving. 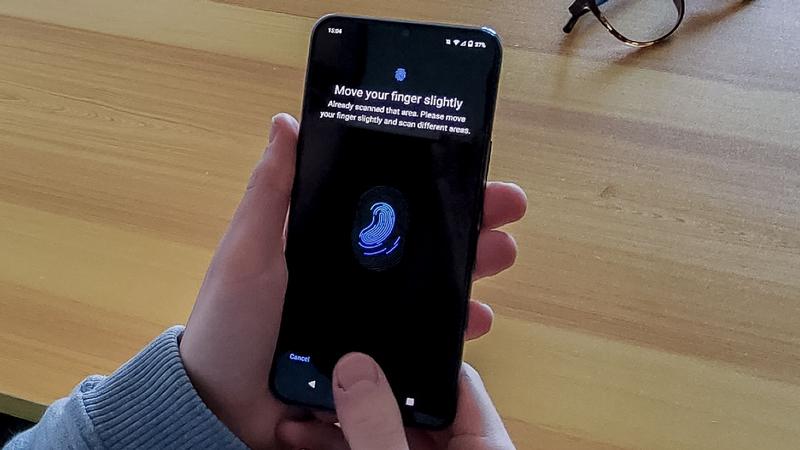 The relatively understated look and feel extends to the edges of the device, with Vivo keeping the left side of the phone completely clean. You’ll find the regular power button and volume on the right, and SIM tray at the top, but the only other design choices of note can be found on the bottom of the device. A downward-firing speaker combines with the earpiece for audio output, but it’s roughly comparable to what you’ll find on most phones. We’d be surprised not to find a USB-C port on an Android phone these days, but I’m glad Vivo has stuck with the 3.5mm headphone jack. 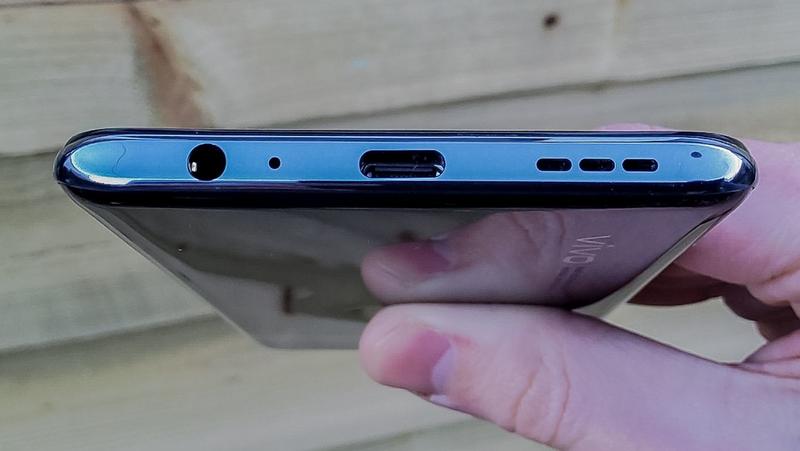 The Vivo Y70 is powered by the Snapdragon 665 processor, which combines with 8GB of RAM and 128GB of storage on the only model currently available. The latter isn’t expandable via microSD, though, so you could quickly run out of space if you’re not careful.

That’s especially true if you download a lot of games, which chip manufacturer Qualcomm specifically says the 665 is capable of. I spent some time playing Call of Duty: Mobile, and was pleasantly surprised by how well the Y70 coped. There was almost no slowdown, and aside from the 60Hz refresh rate I didn’t feel I was at a disadvantage when compared to gamers using more expensive phones. It wasn’t quite as impressive with Asphalt 9, with some noticeable lag during races, but it was still more than playable.

As you might expect, everyday performance is just as solid. Moving through the UI was smooth and satisfying, and it was able to handle multiple tabs and open apps with relative ease. There were some slight hesitations when switching between them, especially when compared to flagship phones, but I doubt that’ll be a dealbreaker for many people.

However, this isn’t necessarily reflected in the benchmarks, where the Y70 appears to lag behind many similarly-priced handsets.

Curiously, the one big let-down when it comes to the Y70’s performance is during calls. The quality of the audio was perfectly acceptable, but it seemed to drop out after a couple of minutes, even with a strong signal. This tended to happen twice per call before sorting itself out, but seemed strange considering other phones using the same SIM card in the same location were absolutely fine.

While performance is objectively solid across the board, the Vivo Y70’s software might not be to everyone’s tastes. It comes running Funtouch 11 over Android 10, with no word on when (or if) the phone will be updated to Android 11. Vivo’s skin is quite different to what you’ll find on Pixel phones, but primarily from an aesthetic standpoint, with a more vibrant colour scheme and redesigned settings menu.

All the regular Google functionality is here, although there is some noticeable bloatware. The Y70 isn’t the worst by any means, but there were still quite a few apps that I didn’t want to use but couldn’t uninstall. The likes of iManager (a security manager) and Albums (photo gallery) will be genuinely useful for some people, but I’d much rather free up some storage space, something which I already mentioned as being quite limited.

However, the Y70 does retain Google Discover cards to the left of the home screen and Digital Wellbeing functionality, two features that have been left out on other handsets. You can also trigger the Google Assistant via a long press of the home buttons, although these on-screen controls can’t be swapped out for gestures.

Cameras are the most common area where cheaper phones cut corners, and so it has proven on the Y70. The big thing you’re missing out on is an ultrawide lens, and I definitely missed the flexibility of being able to capture more in a shot.

The triple rear setup here is comprised of three lenses – a 48Mp main, 2Mp depth and 2Mp macro. The latter two are often of little value on budget phones, but that’s not the case here. The depth sensor enables portrait-style shots via the ‘Bokeh’ mode, and while it struggled with edge detection at times I was impressed with the results. The ‘Super macro’ setting performs well too, provided you’re the requisite 4cm from your subject.

Most of your stills will be taken with the main lens, though. Shots from the 48Mp sensor have an impressive level of detail and good dynamic range, although can struggle slightly with exposure. They also have a tendency to saturate photos quite a lot, which is pleasing to the eye but not necessarily true to life. 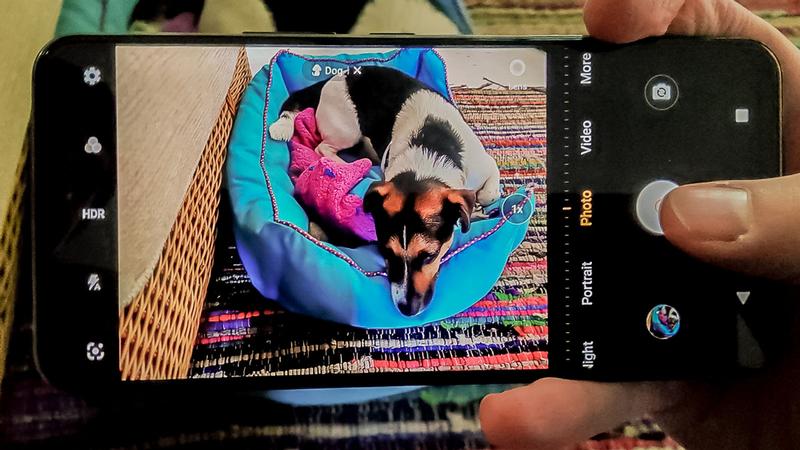 All the rear lenses benefit from AI scene detection, allowing the phone to automatically adjust settings depending on what’s in the viewfinder. I was impressed at how quickly it recognised the sky or a dog, although there was an amusing moment where it mistook the garden at night for a pub!

These low light conditions allowed me to test the dedicated Night mode, which does a good job of brightening the image without sacrificing too much on dynamic range.

Vivo also advertises the ‘Super Night Selfie’, which automatically adds an on-screen ring light to illuminate your face. This does an excellent job of preserving the detail in your face, making it closer to the quality of image the 16Mp sensor can take in good lighting conditions.

You can see what I mean in the slideshow below: 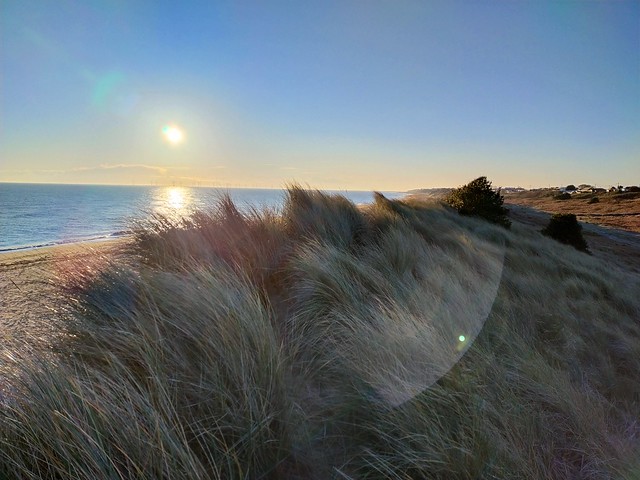 On the video side, the Y70 is capable of capturing footage up to 4K at 30fps, but without any image stabilisation footage is extremely juddery if you plan on moving around a lot. It’s fine for casual home videos, but probably not for anything more serious.

The V70 comes with a 4100mAh battery, which is pretty typical for modern smartphones. I recorded 8 hours and 4 minutes in Geekbench 4’s battery test (with brightness set to 120 nits), while it fared a little better at 9 hours and 50 minutes in the equivalent PCMark test (at 200 nits).

Both those figures are around average among smartphones we’ve recently tested, meaning most people can comfortably get through a full day on a single charge but will probably struggle for two days with turning battery saver mode on. This restricts background activity and turns on the dark theme, but can help you eke out a bit of extra usage.

When you do run out of juice, it won’t be long before you’re ready to go again. The Y70 supports 33W fast charging, with the requisite adapter included in the box. Vivo says this can get you 65% charge in 30 minutes, but I recorded an incredible 76% in testing. At that rate, you’ll be fully charged in well under an hour. There’s no wireless charging, but this is a more than acceptable trade-off.

The Vivo Y70 is only available in one configuration, offering 8GB of RAM and 128GB of storage. That will cost you £279 from Amazon, but the phone is also available at Laptops Direct, Box, Ebuyer, Clove Technology and eFones.com in the UK. It’s not currently on sale in the US.

This is slightly too expensive to be considered a budget phone here at Tech Advisor, but there’s plenty of competition at or around the same price. The likes of the Realme 7 Pro and Samsung Galaxy M31 are compelling alternatives, while current budget champ the Poco X3 is also worth considering despite being almost £100 cheaper.

With no standout feature to lure you to the Y70, there’s a real chance this phone will be overlooked when looking for a sub-£300 handset.

In many areas, the Vivo Y70 offers everything people are looking for in a modern smartphone. There’s a gorgeous AMOLED display, 33W fast charging and impressive cameras for the price. Performance is solid if not spectacular, while the highly reflective rear design helps it stand out aesthetically.

However, there are compromises dotted throughout the Y70 experience. The increasingly common ultrawide camera is missing, while there’s no wireless charging or 5G support. Vivo’s ‘Funtouch’ Android skin is more than usable, but won’t be to everyone’s liking.

Most people will be satisfied if they pick this phone up, but the wealth of more complete Android options at this price point makes the Y70 difficult to recommend.

Check out How we test: Smartphones for more information on what goes into one of our reviews.