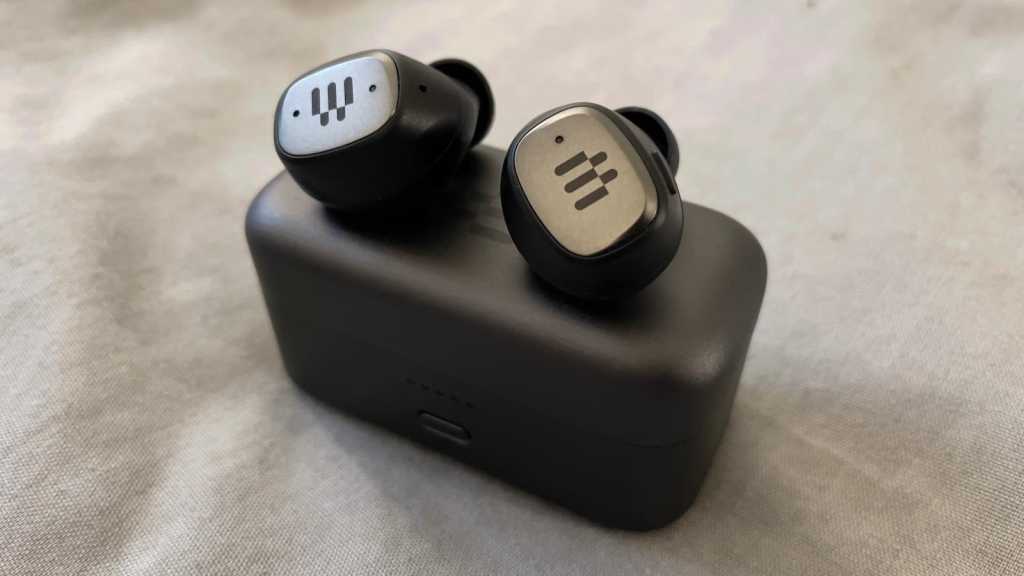 The EPOS GTW 270 Hybrid earbuds are a great alternative to standard over-ear gaming headsets, with impressive audio performance and a comfortable design, but the lack of mic support when using low-latency audio could be a dealbreaker for some.

Gaming headsets and wireless earbuds are two of the biggest audio products right now, but what happens when you combine them? EPOS had the same thought, apparently, and got to work on its latest creation, the EPOS GTW 270 Hybrid, a pair of wireless earbuds tailored to gaming. With the compact, comfortable nature of wireless earbuds, it’s a smart move – but has EPOS managed to pull it off?

I’ve been using the EPOS GTW 270 Hybrid wireless earbuds for gaming, music, exercise and just about everything else for the past week, and here’s what I think.

Wireless earbuds are the in-thing right now, with options available in a variety of shapes and sizes to suit a variety of needs, ranging from the all-ear design of RHA’s TrueControl ANC to the bean-shaped Samsung Galaxy Buds Live.

Of course, ears are much like fingerprints in that they’re fairly unique, so it’s tough to find a fit that works well for everybody. EPOS got around this issue by using a database of over 800,000 ear scans and AI tech to develop an ergonomic shape that helps reduce the pressure on certain parts of your ear while maintaining a decent seal. 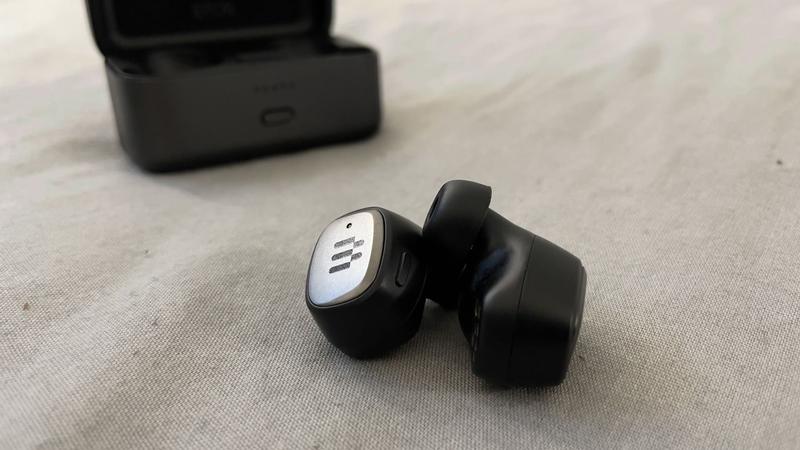 That all sounds very technical, but the end result is a wireless earbud that’s compact, fits snuggly in the ear and stays in place no matter what you’re doing. Despite no dedicated wingtips, I’ve used the buds to go running and not felt the need to re-adjust mid-run like with many earbuds. They’re IPX5-rated too, so you shouldn’t worry about sweat or even rain damaging the buds when you’re hitting the pavement.

Crucially, the earbuds are incredibly comfortable to wear over longer periods of time, which is great not only for exercise and using the buds to listen to a podcast while working, but ideal for longer gaming sessions too. You don’t get the ‘plugged’ feeling all too prevalent with wireless earbuds either – a welcome change in my books.

You’ll get three sets of eartips in the box to provide the ideal fit. The idea of trying on all three sets may seem like a chore, but it’s worth it – as well as improved comfort and better-sounding bass performance, a better seal offers greater noise isolation, quietening the world around you when you want to focus on gaming, music, podcasts or whatever else you want to listen to. 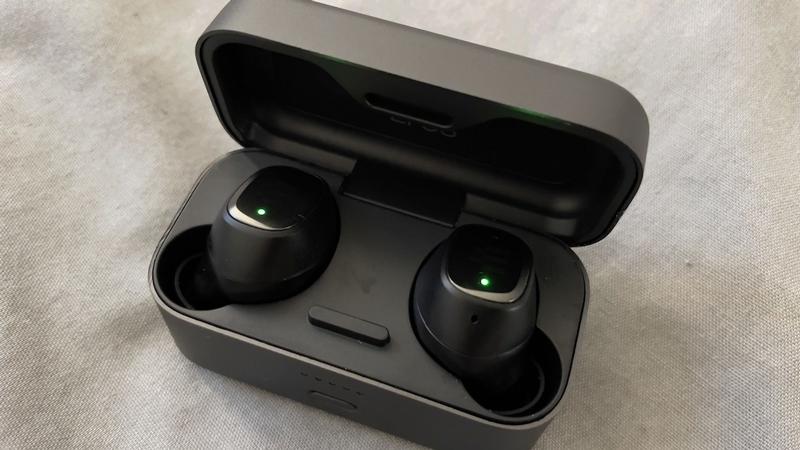 When the earbuds aren’t in use, they’re stored in a gunmetal silver charging case compact enough to fit into your pocket or rucksack.

The EPOS GTW 270 Hybrid are designed to be used for gaming, whether on a PC, console or even a smartphone, but as we all know, there are latency issues when relying on Bluetooth – even with the GTW 270’s built-in Bluetooth 5.1 support. It’s fine for listening to music on your phone, but gamers need something more responsive.

That’s why EPOS decided to bundle the Hybrid model of the GTW 270 with a dedicated USB-C dongle that provides AptX low-latency wireless audio performance across PC, PS4, PS5, Nintendo Switch and any Android smartphone with a USB-C port. There’s also a USB-C to USB-A adapter in the box for those using the PS4 or older USB-A-only PCs, don’t worry. 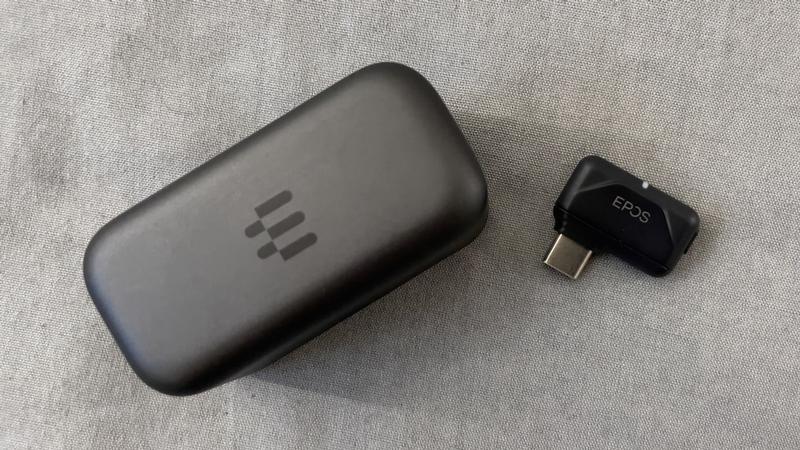 The USB-C dongle is what makes the GTW 270 Hybrid buds so great for gaming – you get the comfort and convenience of in-ear wireless earbuds without any of the latency issues.

I’ve used the earbuds to play both single-player games like Immortals: Fenyx Rising and online shooters like Call of Duty: Warzone without any noticeable audio lag, and with the Nintendo Switch’s famous inability to work with many wireless headsets, it’s a big win for EPOS.

Plus, I find the wireless earbuds are much more comfortable than standard gaming headsets, which tend to start building up pressure on the ears and across the head over longer gaming sessions. If you can’t get on with traditional over-ear gaming headsets, the GTW 2070 Hybrid buds are a solid alternative.

Like most wireless earbuds, you’ll find microphones embedded in the GTW 270 Hybrid buds. However, there’s a catch: due to limitations of the AptX low latency codec, you can’t use the microphones when connected via the USB-C dongle – they’ll only work when connected to PCs and smartphones via Bluetooth. 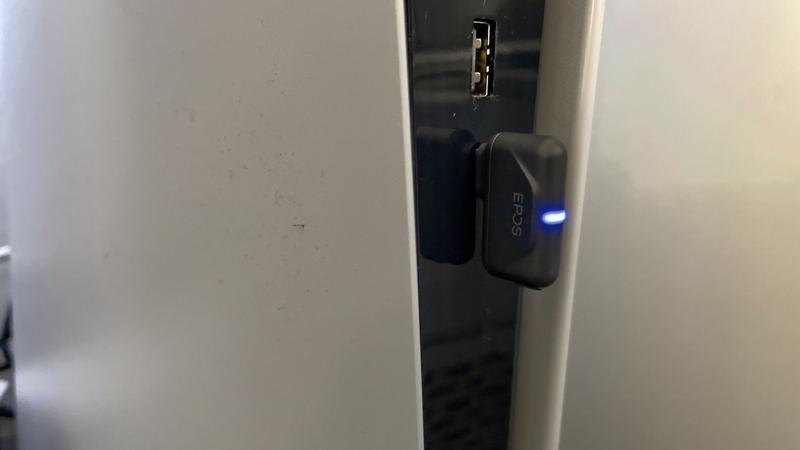 That means you won’t be able to use the earbuds to communicate on consoles like the PS5 or Nintendo Switch, both of which forbid the use of standard Bluetooth headphones.

That can be a dealbreaker for some, especially those that favour multiplayer games where communication with your team is essential, but it’s arguably less of an issue for those that prefer single-player games or those that use the Switch on their daily commute – it’ll boil down to personal preference.

As hinted at, when not gaming you can simply use the built-in Bluetooth 5.1 to connect the GTW 270 earbuds to your smartphone to listen to music and podcasts, making them a great all-round pair of wireless earbuds.

You’ll get auto play/pause tech that’ll automatically pause music when you take the buds out and resume once you pop them back in, and there’s a tiny button on each bud for to control music playback too.

The EPOS GTW 270 Hybrid buds have been tailored to long – but not marathon – gaming sessions, offering a decent 5 hours of playback before needing a top-up. Once the buds do need charging, fast-charge technology in the charging case provides a full charge in around 90 minutes. 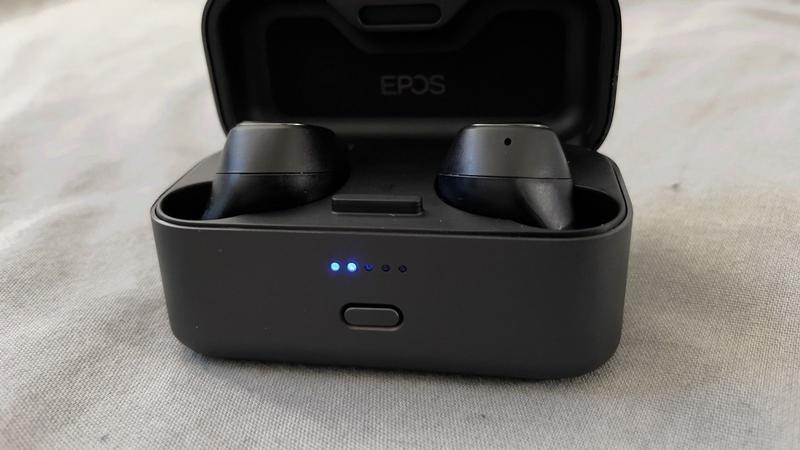 The case itself holds enough charge for another 20 hours of playback, which is good news not only for gamers but those looking to use the buds on the daily commute, and built-in LEDs let you know how much charge is left at-a-glance.

The case sports a USB-C port on the rear, and it takes around two hours for a full charge depending on the source of charge.

Going up against standard gaming headsets with 40mm, 50mm or even 60mm drivers is quite a task, with earbuds usually unable to provide the same experience – especially in the bass department – as over-ear alternatives. However, EPOS has bucked that trend with the GTW 270 Hybrid, powered by the company’s own proprietary miniaturised drivers that pack a punch.

When it comes to gaming, the experience is impressive. There’s deep, booming bass that immerses you in shooters like Call of Duty: Cold War, but that doesn’t have an effect on the crisp highs – you’ll hear booming explosions just as clearly as the ricochet of nearby bullets. 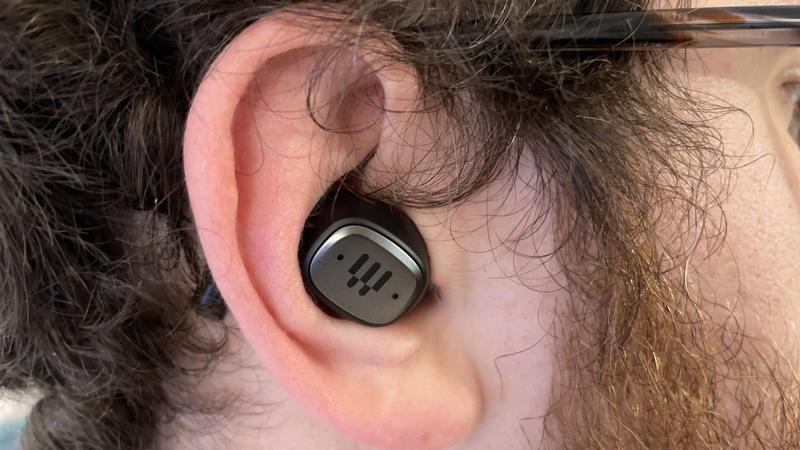 Despite the small dimensions of the buds, they do a great job at simulating a 7.1 surround sound with a surprisingly wide soundscape and the ability to accurately determine out the origin of sounds like footsteps approaching from the rear in Fortnite or the mystical chime of a nearby chest in Immortals: Fenyx Rising.

It’s not the exact same experience as you’ll get from over-ear headsets, but after using the buds for a week, I’m not tempted to go back – aside from when I need to party up on PS5.

That great audio performance extends to music playback too, delivering rich vocal tones, satisfyingly deep bass and crisp highs suited to a range of music. There isn’t ANC like some high-end wireless earbuds, but the great passive noise isolation on offer means you likely won’t need to crank the buds up too high to drown out your environment.

Simply put, when it comes to audio performance, there’s not a lot to dislike about the EPOS GTW 270 Hybrid wireless earbuds.

The EPOS GTW 270 Hybrid earbuds aren’t the cheapest on the market, coming in at £179 in the UK directly from EPOS, but there is a lot to like about the buds – the fit, audio quality and low-latency wireless performance are top-notch, even if you can’t use the built-in mics at the same time, and the fact they double up as a standard pair of wireless earbuds means you won’t need to fork out for an additional pair.

Plus, they’re one of the only sets of wireless earbuds tailored to a low-latency desktop gaming experience.

It’s worth pointing out that if you’re interested in the GTW 270’s great design and long battery life but have no desire to use the earbuds when gaming, EPOS is shipping the buds without the USB-C dongle at a slightly cheaper £149.

For more gaming options I’d recommend taking a look at our best gaming headsets, and for more wireless earbud inspiration, we’ve got the best wireless earbuds. 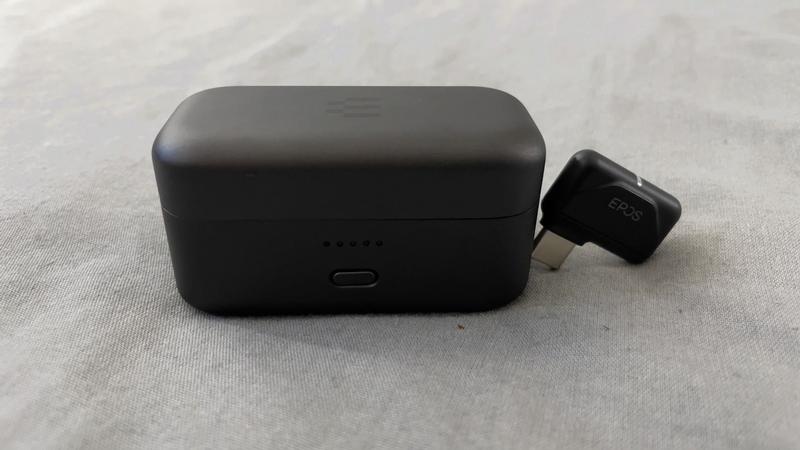 The EPOS GTW 270 Hybrid wireless earbuds were designed with gaming in mind, looking to offer gamers an alternative to traditional gaming headsets, and overall, it has achieved its aim: the earbuds are lightweight and comfortable to wear for long gaming sessions, and the audio performance is equally impressive, boasting an immersive soundscape ideal for gaming and music.

The bundled USB-C dongle offers impressive low-latency connectivity ideal for gamers, and the buds also feature the latest Bluetooth 5.1 support for smartphones too. That versatility – the ability to use the buds with consoles and your smartphone – is desirable, even if they don’t boast all the smarts of similarly priced wireless earbuds.

The only real drawback is the inability to use the built-in mics when connected via the USB-C dongle, ruling the buds out if you’re looking to squad up on the PS5.