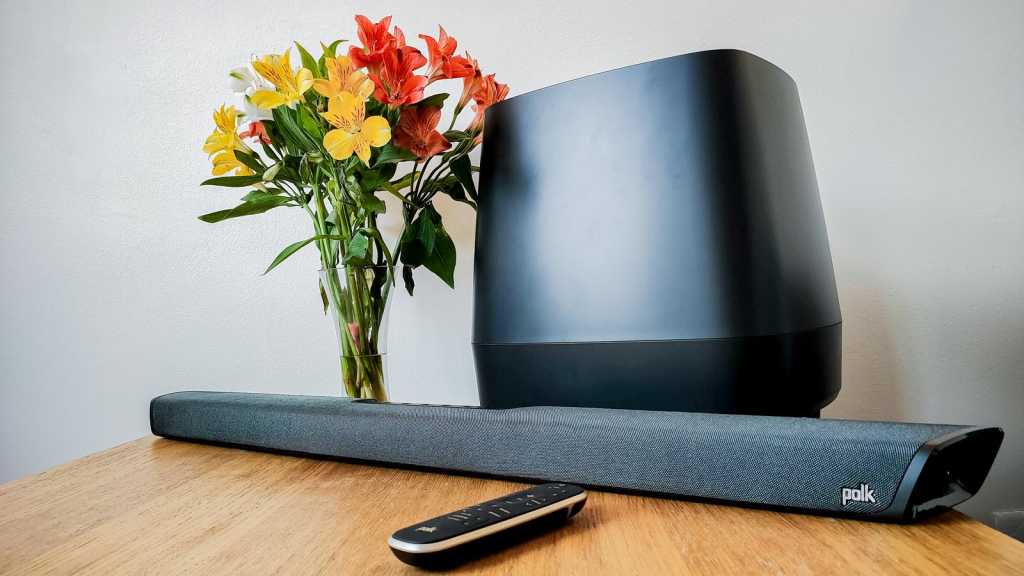 The Polk MagniFi 2 sound system offers immersive audio to rival Dolby Atmos rivals at a lower price, but it is not compact.

The Polk MagniFi 2 is designed to recreate the 3D cinematic sound experience at home. The system comes with a traditional soundbar, plus a subwoofer to handle the bass.

The audio that it aims to create is similar to that on soundbars with Dolby Atmos, such as the Sonos Arc. However, the MagniFi 2 comes in at a much more affordable price. But does it still deliver when it comes to audio quality? I’ve spent some time with this sound system to see how it fairs with movies, TV, gaming, music and podcasts.

The Polk MagniFi 2 boasts a minimalist design overall with a fabric-covered front and a small logo tucked away on the edge. The rest of the bar sports a matte black finish, the same colour that is seen on the subwoofer. All the buttons and controls are cleverly hidden away on both the speaker and subwoofer.

Despite the refined colour and exterior design, both products in this audio setup are extremely large and take up a lot of room. The soundbar measures 53x1092x96mm and weighs 2.5kg, whilst the subwoofer measures 370x308x371mm and weighs 6.4kg.

You will need a large TV stand, plus at least a 43in screen. If you need a more compact sound system, consider something like the Samsung S60T. 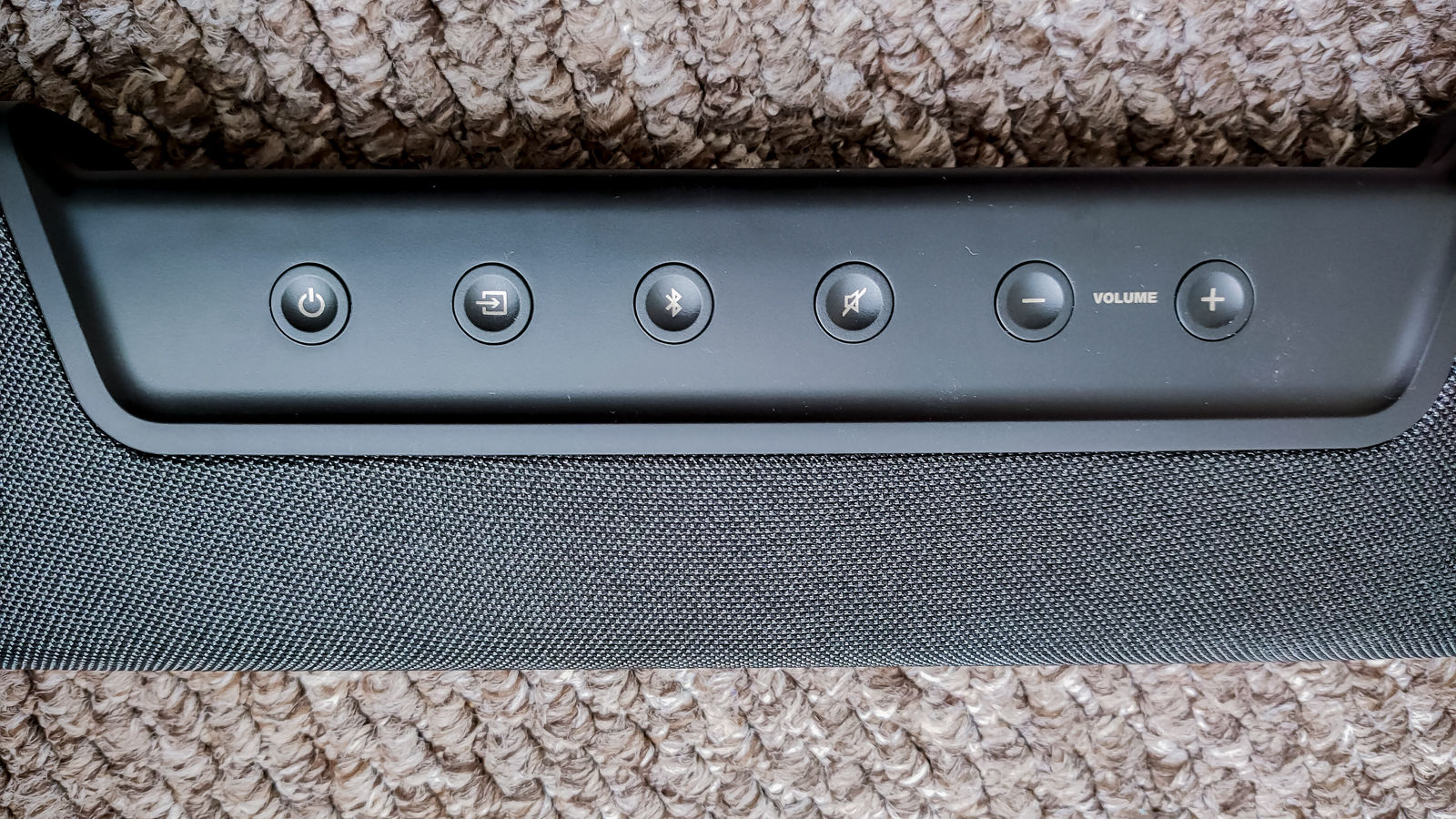 On the top of the soundbar you get power, source, Bluetooth, mute and master volume controls. If you wish to mount the soundbar onto the wall, there are two keyhole slots on the back which allow for this.

There’s also an accompanying remote for the soundbar. With this you can adjust volume, bass and voice levels, change the HDMI output and turn on one of the pre-set audio modes.

This is done via one of the five hotkeys that come available on the remote: music mode, movie mode, night mode, sports mode and 3D mode. These modes automatically adjust the levels to suit the type of content you are watching.

Though the remote control looks sophisticated and refined, some of the buttons on the lower half are a little flat, and the text isn’t very bold or bright. This isn’t great for those with visual impairments or accessibility issues. 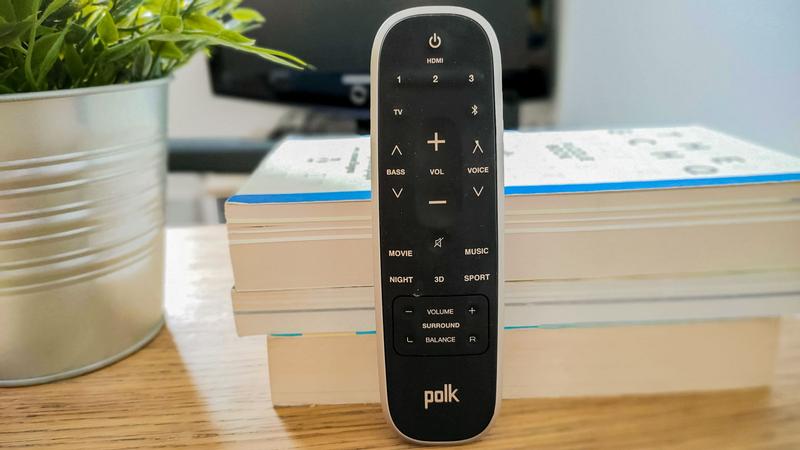 Like other products such as the JBL Bar 5.1 Surround, there’s no display on the soundbar. Instead, it uses a strip of LED lights and different colour combinations to indicate the action that the bar is performing.

Initial setup for the Polk MagniFi 2 is relatively easy. You get all the cables and instructions you need, whether you’re setting up on a state-of-the-art 4K TV, or an older HD model.

At the back of the bar, there are three HDMI 2.0 inputs, one HDMI ARC (audio return channel) input, an optical cable port, a power port and a USB-C slot for factory updates. I made good use of the HDMI ports, running my set-top box, Nintendo Switch and Amazon Fire TV Stick all through the soundbar making it a great feature for TVs out there with limited ports.

The soundbar supports Bluetooth connectivity, too. All you need to do is press the Bluetooth button on the remote, open the device you want to pair and connect directly to the speaker. 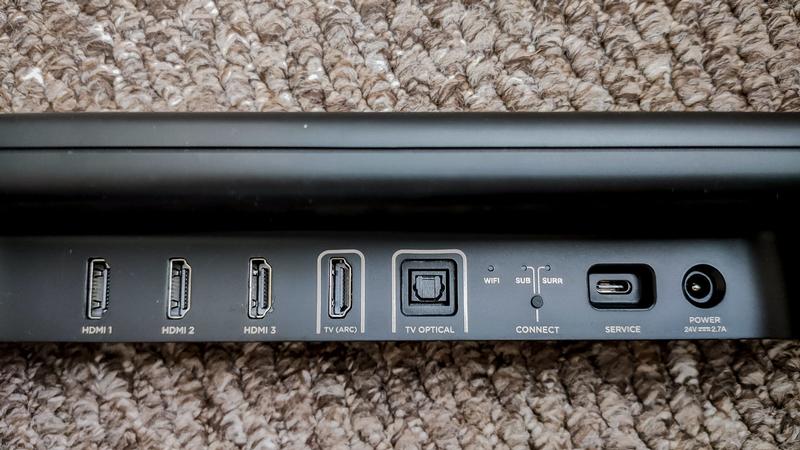 There’s no aptX codec built into the soundbar, so the quality of the audio isn’t as impressive as what you hear with a wired connection. I found everything to sound a little echoey, even after fine-tuning the bass and voice levels.

The Polk MagniFi 2 comes equipped with Google Assistant, along with built-in Chromecast, which means that you can cast music from apps which support this feature, including YouTube, Spotify, Tidal and more. You can also connect the soundbar to the Google Home app and control playback with voice commands.

The Google Assistant doesn’t support much more other than playback – you can’t turn the soundbar on or off using your voice, for example. However, the remote control is quicker and easier than using the app, so I don’t think this is a deal-breaker.

I tested this soundbar on a slightly older TV, and it is worth mentioning that I had the odd issue where no audio came through, despite the MagniFi 2 being turned on. This was usually solved by quickly resetting the bar, and then turning the screen on and off again.

The Polk MagniFi 2 comes complete with a six-driver array, a wireless subwoofer, Polk’s own Stereo Dimensional Array (SDA) technology and Patented Voice Adjust Technology. Between the speaker and subwoofer, the Polk MagniFi 2 has 200W worth of peak power. 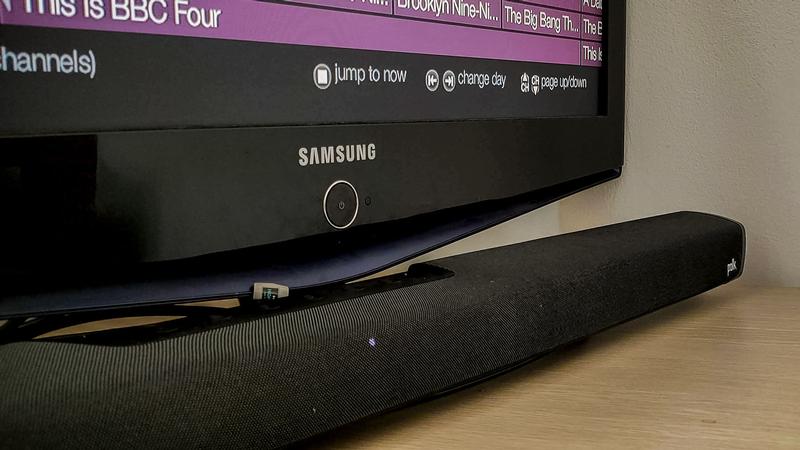 All of these features combined create a powerful and rich listening experience. The audio is extremely good, fills the space completely and does replicate that cinematic feel.

Thanks to the included wireless subwoofer, the Polk MagniFi 2 shines when it comes bass-heavy audio with the right settings. It is perfect for blockbuster action movies, as well as heavier electronic or rock music.

If anything, the audio is a little too good for someone who lives in a flat with neighbours at close proximity and doesn’t want to disturb them. Fortunately, there is a dedicated night mode, which automatically lowers the volume and bass to socially acceptable levels. Even when turned down lower, the bar still manages to produce colourful audio.

The highs are also impressive, with instruments such as violins standing out well. The weakest area is the mids, which isn’t quite as punchy or as rich as the lows and highs. However, they are still clear and easily distinguishable. 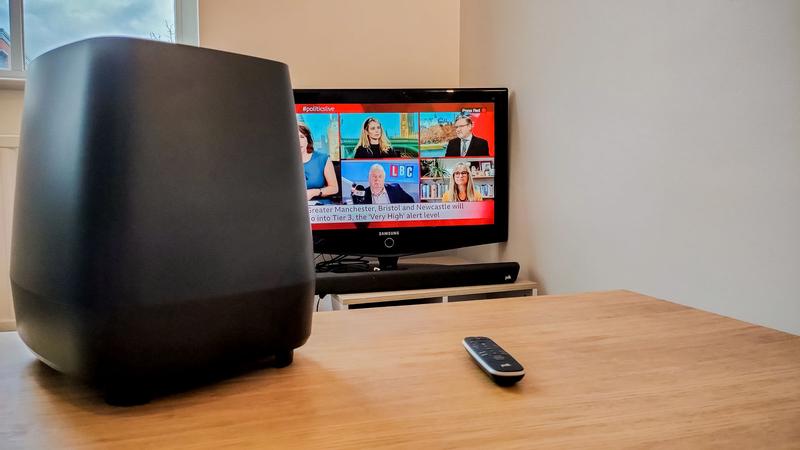 As mentioned above, the bar has numerous pre-set audio modes on the remote. One of these is a 3D setting, one of the unique features of the Polk MagniFi 2. According to Polk, the bar uses ‘height virtualisation’ to help recreate that surround sound experience that you get in cinemas – usually created using satellite (rear) speakers.

The system supports 5.1 Dolby Digital and DTS, but the aforementioned SDA tech means surround sound can be added to any soundtrack. Turning on the 3D Mode when listening to an action film really does heighten the quality and brings out audio effects that you’d miss if you didn’t have such a thorough sound system.

Admittedly, the 3D sound isn’t completely perfect. It works best with sounds like gunshots and laser beams which sound as if they are coming from around the room at all angles. However, something more specific like a car driving in from behind doesn’t totally sound like it’s coming from the back, with spatial recognition kicking in at the sides.

While the bar can’t truly replicate rear speakers and doesn’t match up to more expensive soundbars like the Sonos Arc, it’s decent for the price and can be switched on and off as you please.

You may notice in the photo showing ports an LED labelled ‘SURR’ for surround implying you can connect wireless satellite speakers if you want to buy them. This isn’t available at the time of writing but is something Polk is working on adding.

Whilst this is a great device for customising audio levels, it may not suit those who are looking for a quick and easy solution. I find that using one of the pre-set audio modes doesn’t always suit what you’re listening, and to get the best audio you have to adjust the levels manually each time. 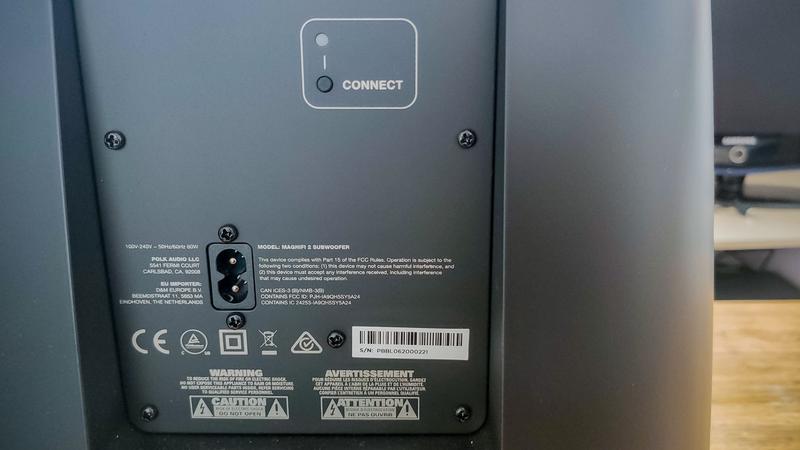 As an example, the music mode suited electronic and rock, but not classical or jazz. I had to tweak the levels to get the best sound quality – so this is something to keep in mind.

The Polk Magnifi retails for £499/US$499. In the UK, you can buy it directly from Polk, Amazon UK or Currys PC World. In the US, you can purchase it from BestBuy.

The price of the bar has come down since its initial launch and is now available to purchase for £349 from Currys. Compared to some other setups such as the Sonos Arc, this is a competitive price for a full sound solution.

If you want to see more options, you can take a look at our list of the best soundbars on the market right now. We also have a similar chart for the best TVs if you are revamping your entire home entertainment setup.

The Polk MagniFi 2 is an audio system with a rich and immersive sound experience offering a Dolby Atmos like virtual surround sound without the usual price tag.

The customisation levels make it perfect for tailoring to the content you want, and the usability is simple.

Both products, however, are rather large and bulky, and are therefore not suitable if you have a small TV, or are short on space and can’t find a spot for the subwoofer. The pre-set modes also aren’t perfect and require some manual tweaking to be just right.

Nonetheless, considering that this product comes in cheaper than some rivals, it’s still a great solution that will up the audio game of your home entertainment setup.