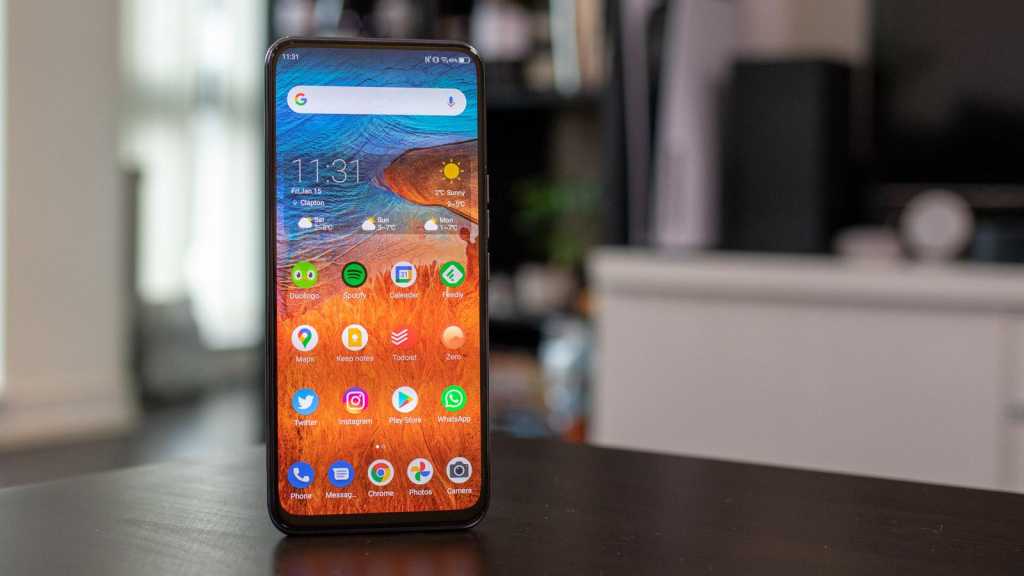 Early adopters will probably enjoy the novelty of the ZTE Axon 20 5G, but the compromises to the selfie camera, face unlock, and display quality make this hard to recommend to most – though if you really never take selfies, you may find the large screen and solid spec sheet enough to win you over.

I don’t mean to sound too disparaging when I say that there’s really only one reason you’re likely to consider buying the ZTE Axon 20 5G, and it’s not the catchy name.

This is the first phone in the world – or at least the first you can actually buy – that features an under-display selfie camera, an engineering track that sees the front lens almost hidden under the screen itself, so that you can get an uninterrupted full-screen experience without the mechanical gimmickry of the pop-up cameras that were all the rage for 12 months and have now disappeared almost entirely.

I say ‘almost’ because I don’t want to pretend that ZTE has nailed the tech here, and you can still sort of see the camera. Or, rather, you can see the distorted, low-res block of the display that’s hiding that camera. Selfie photo quality is also clearly compromised. This is tech-in-progress and it shows, but that’s the price that comes with early adoption.

It helps at least that you’re not paying much of a literal price. The Axon 20 is a surprisingly affordable mid-range device given the cutting-edge tech, and it offers specs and features that would make it pretty good value even without that nifty front-facer.

Ever since Apple unveiled the iPhone X, the race has been on to kill the notch. We’ve had tiny notches, we’ve had punch-hole notches, and we’ve had pop-up cameras that remove notches altogether, but the ZTE Axon 20 is the first commercial phone to adopt what will almost certainly become the default design eventually: an under-display camera.

The tech behind it mostly goes over my head – it mostly involves various transparent display layers and special pixel matrices – but the end result is that instead of seeing a selfie camera on the front of the phone, you’ll see a slightly pixelated square where a selfie camera should be.

To make the camera work as intended ZTE has actually had to use different size pixels for this patch of screen, giving you a less detailed patch of image, made especially apparent in motion. You can see the outline of the different display clearly below, though note that this is just the camera catching a flicker – you’d never see anything this stark in normal use!

How visible this is varies – against a white background it’s pretty stark, while against a black one it almost blends in entirely (you won’t be surprised to learn that all of the stock wallpapers fade to black at the top). Of course, you could say much the same about raindrop and pin-hole notches, so is ZTE’s solution really an improvement?

Notches block the screen entirely, and there’s a decent argument to be made that a pixelated patch of screen is better than none at all. At times I worry that it’s ultimately just as distracting – maybe even more so – than seeing a static lens there, but that concern is probably outweighed by the sheer cool factor of knowing there’s a secret camera lens hidden under there.

Outside of that small patch display quality is decent. ZTE has included a 90Hz refresh rate OLED panel here, which in itself is fairly impressive for the price – even more so once you factor in the 10-bit colour range. Display quality is flattening across the industry, so yes you can probably find a better screen for this if you spend a lot more, but the appreciable difference is becoming negligible for most.

Elsewhere, the Axon’s design is fairly understated. The display is flat, with slim but visible bezels. It’s also large at 6.92in, meaning the phone as a whole is big – though impressively ZTE has kept the weight just a hair below 200g, which means the phone still feels usable.

My review unit is black, with a glass rear that refracts light in subtly varying patterns. There’s also a yellow vegan leather option if subtlety isn’t what you’re going for. Both feature a couple logos, and a slim quad-camera module.

For as much as the front-facing camera is the main reason to buy the Axon 20, it’s also quite clearly the phone’s biggest weakpoint, with frankly terrible selfies coming out of this phone – and the rear cameras, while better, also aren’t quite up to scratch.

Let’s start with selfies. For lack of a better word, they’re soft. Every single time. Every photo from the front lens comes out with a gentle haze to it that makes faces look like they’ve been run through a bad beauty mode (don’t worry, I checked, all those filters were off) and leaves background details blurring together.

This, more than the display artifacting, is proof that the under-display tech isn’t quite there yet, and it’s easy to see why brands like Apple and Samsung aren’t yet ready to throw this into their phones. Quite simply, if you take a lot of selfies, you shouldn’t buy this phone.

The main rear camera is a 64Mp, f/1.8 shooter that pixel bins down to 16Mp photos. In good lighting results are admirable, with fairly even exposure and true-to-life colours. Focus remains an issue though, with soft patches often appearing, especially in shots that are fairly close to the subject.

That gets worse in low light, where heavy noise begins to creep in and dominate shots. The dedicated night mode tends to make matters worse – its noise removal is hit or miss, but it reliably reduces sharpness and clarity without a significant improvement to the colour reproduction.

The 8Mp ultrawide is a decent extra option to have, but the quality is unlikely to impress too much. Colours are similarly realistic, but the dynamic range is clearly reduced compared to the main lens, and the drop-off in detail is hard to ignore. It’ll do for the occasional group shot or vista, but you won’t want to rely on it.

The final two sensors are a depth sensor used for the deeply disappointing portrait mode, which introduces terrible artifacting around subjects on both the front and rear lenses, and a 2Mp macro camera which actually punches above its weight. It needs good lighting and a steady hand, but it does deliver decent close-up shots if you’re careful with it.

Inside, the Axon 20 is just as typical as it looks outside, selfie camera excepted.

At the heart of the phone is the Snapdragon 765G chipset, probably the most common chip across mid-range phones throughout 2020. It’s paired with 8GB of RAM and 128GB of storage – both decent but not outstanding allocations, though competitive for the price, and storage is expandable via microSD.

In benchmarks the phone is essentially on a par with other 765G phones, with the benefit that thanks to the 90Hz panel it can hit frame rates above 60fps in some simple gaming tasks.

In real world terms, the phone feels fast and fluid. The 765G may now be a year-old mid-range chip, but in all honesty it delivers enough oomph for anyone but a power user, and I see no reason not to be confident in its longevity either.

ZTE has equipped the Axon 20 with a 4220mAh battery, which is decent but not exceptional. Actual performance is worse than that suggests though – it lasts a day but not much longer, and did fairly poorly in both our battery benchmarks – lasting a few hours less than similarly specced devices.

I’m not sure if that’s down to the display tech – screens are always among the biggest power draws, and who knows how much that under-display camera is exacerbating things. Either way, the end result isn’t bad battery life, but it’s certainly not great.

At least the charging tech is a bit better. There’s no wireless charging, but the 30W wired speeds are perfectly respectable for the price, charging the phone up by 60% in half an hour in my test.

The Axon 20 runs Android 10, with ZTE’s MiFavor 10.5 overlay on top. This is the first ZTE phone I’ve used, but I suspect the software here has been tweaked for the global market, as in fact it skews pretty close to stock Android.

It ships with one or two ZTE apps pre-installed, but mostly sticks to official Google options for SMS or web browsing, and there’s no other bloatware installed at all.

Security options include an under-display fingerprint scanner (good) and face unlock (very bad). This latter is presumably another casualty of the new camera tech, but not helped by a poor implementation that sees it scan a face in a split-second, with no option to scan again to improve results (beyond deleting the data and starting again). Either way, the end result is that it’s astonishingly unreliable, and almost never works first time.

Given the unique display tech, it’s refreshing that the Axon 20 is priced as a mid-ranger, making it much more attainable for most people.

On the other hand, there’s stiff competition around this price. At £379 the OnePlus Nord offers similar specs but is more compact and a better all-round package, while the Pixel 4a delivers a far superior camera at just £349. The Realme X50 5G and Xiaomi Mi Note 10 also both offer stronger spec sheets at £299 and £459 respectively.

Early adopters will probably enjoy the novelty of the ZTE Axon 20 5G, and anyone in a position to drop a few hundred out of sheer curiosity will have it rewarded.

That’s not why most of us buy our phones though, and the compromises to the selfie camera, face unlock, and display quality make this hard to recommend to most – though if you really never take selfies, you may find the other flaws easier to ignore and the large display and solid spec sheet enough to win you over.