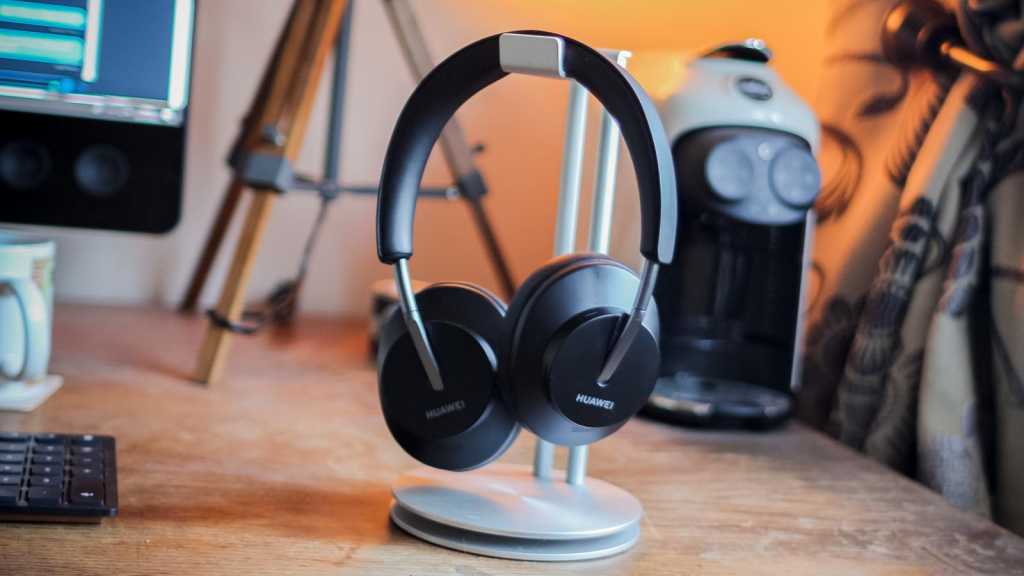 While they’re fairly affordable compared to key rivals and have various good points, the Huawei FreeBuds Studio are held back by software issues and the way various features are exclusive to EMUI devices.

The headphone market has always been very competitive, but every man and his dog are trying to jump into the game these days. While it’s the wireless earbud category that’s all the rage, regular style headphones are still sought after and Huawei has an interesting proposition in the FreeBuds Studio.

To kick things off, I’m not overly keen on brands using words like ‘buds’ and ‘pods’ for non-earbud headphones but such is branding and marketing. What’s interesting here is that Huawei has gone with the ‘Studio’ name which was rumoured for a long time to be what Apple would call its proper headphones.

We now know they are called the AirPods Max and at £549 (the same in US dollars) isn’t really a direct competitor here. At £299, the Huawei FreeBuds Studio are more in-line with the likes of Sony and Bose, but can the Chinese firm really compete with these audio legends?

So far, Huawei has made in-ear headphones, but the Studio are traditional headphones with an over-ear design. They look pretty classic and are more compact than many rivals, particularly the size of the earcups.

This also means they’re nice and light at 260g and I’ve found them very comfortable. The headband and earcups have soft cushions, although the earcup ones are not removable with magnets like some rivals.

There are three buttons – for power, Bluetooth and ANC – and the right earcup has a large touch sensitive area. You can use this to tap and swipe to control playback and adjust volume. It works well on the whole, although be aware that if, for example, you’re listening to Spotify on a desktop browser, the playback controls won’t work – you need to be using the stand-alone app.

Overall, they’re nice but the build and overall feel isn’t as premium as the likes of Sony and Bose. Things like plastic earcups mean they don’t have quite the luxurious feel that’s given off in product imagery. 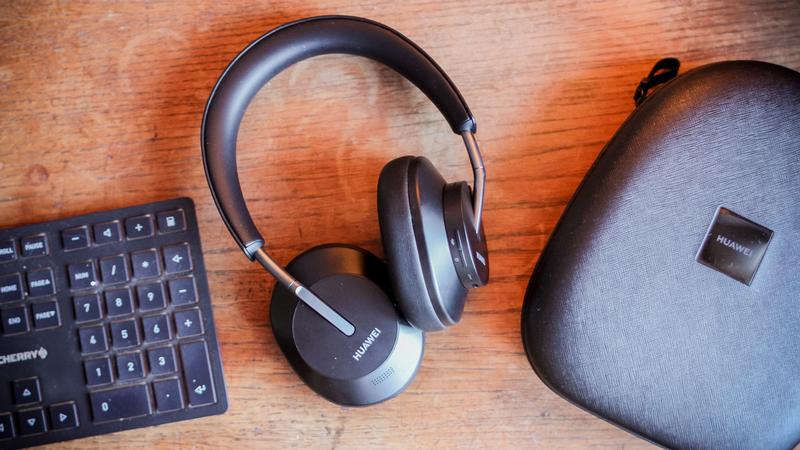 Note that they don’t fold down into a compact shape but the earcups can turn more than 90 degrees and Huawei supplies, unlike Apple, a semi-hard case to transport them in.

The headphones are available in the black option shown here or a pale gold colour.

As is typical for over-ear headphones, the FreeBuds Studio have fairly large 40mm drivers. Huawei quotes an impressive frequency range of 4Hz to 48kHz, far bigger than the typical human hearing range, as well as the L2HC codec for speeds up to 960kbps and a reduced loss of quality.

You will need a Huawei phone with EMUI 11 or later for this, such as the Mate 40 Pro. You’ll also need EMUI 10.1 or later for ‘Pop-up pair’ – smart pairing similar to the way Apple does it with AirPods. Otherwise, it’s easy enough to pair the traditional way using Bluetooth 5.2.

Low latency gaming mode is another feature you’ll need EMUI 10.1 or later to benefit from. And any of Huawei’s ‘Lite’ models (and I assume Honor, too) are excluded from getting any of these EMUI these features. 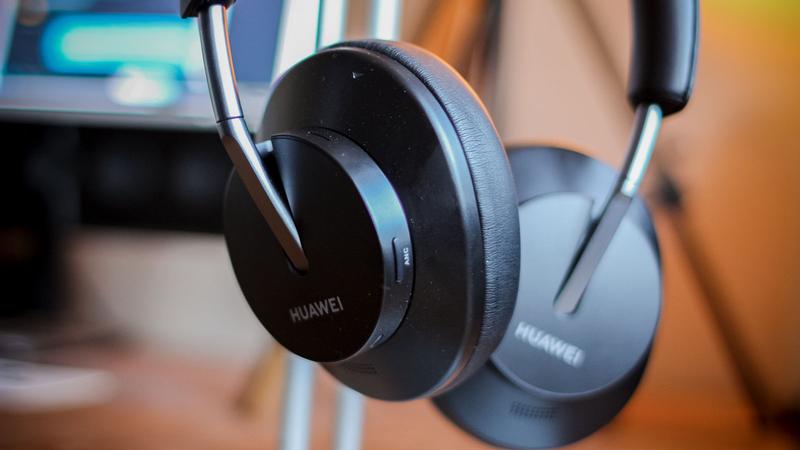 Once you are connected, the FreeBuds Studio offer excellent sound quality with a rich, balanced and spacious profile. They suit a wide range of genres as well as listening to podcasts and the like. Furthermore, there’s minimal distortion at high volume levels so sonically, these are solid headphones.

The active noise cancelling (ANC) promises a lot, too, with ‘Intelligent Dynamic ANC’.

Using the ANC button on the left earcup you can quickly cycle between modes, namely on and Aware Mode – which, by the way, the announcer is far too enthusiastic about and then seemingly downhearted when you switch ANC off.

The main mode has various sub-modes it can either automatically switch between or you can choose them manually in the app. These are things like ‘cosy’ for low noise situations and ‘ultra’ when you need full blast.

For me, the differences are subtle, and the Aware Mode is a tad over the top. It would be preferable to customise these modes with a slider. If you’re not connecting to an Android device with the app, you’ll just be able to cycle through the thee main modes with the physical button. 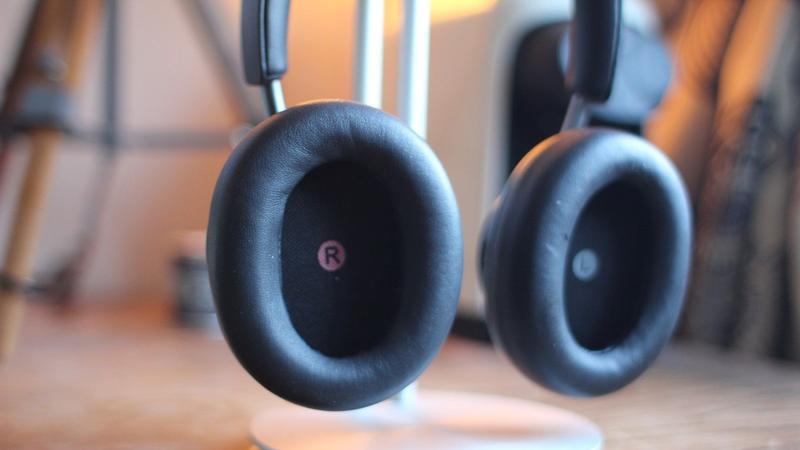 A bigger problem was even accessing the app in the first place. I downloaded Huawei’s AI Life app from the Play Store on a Pixel 4a 5G and the FreeBuds Studio were not on the list of audio products. I had to scan the QR code in the supplied paperwork to manually download and install the right version. There is no iOS app.

Something that doesn’t work well in my experience, is the wear detection. Like many headphones, the FreeBuds Studio know if you’re wearing them or not – or they are supposed to but countless times when I took them off, music carried on playing then did a short pause only when I put them back on. You can turn this off in the app if it doesn’t work for you either.

Back to a positive note and the battery life here is solid. Huawei says the FreeBuds Studio can last for 24 hours with ANC switched off. They can also offer eight hours of playback from a 10-minute charge via USB-C.

Rivals like the Sony WH-1000XM4 can go longer (up to 30 hours) but this is enough longevity that short of taking some back-to-back long-haul flights, you won’t find yourself needing to charge them very often at all. I’ve been using them for an hour or two a day for nearly two weeks – mostly with ANC on – and they still have 30% battery left.

Find out  how we test audio.

As mentioned at the top, the Huawei FreeBuds Studio come in at £299 and are not currently available in the US.

That’s already a decent price considering rivals from Bose and Sony come in at around £320-350 but like many of its products Huawei is already offering a discount. At the time of writing, you can get the headphones for just £229 with a free Huawei Watch Fit worth £119 thrown in for good measure.

It seems the £299 is a bit of a faux price anyway as major retailers such as Amazon, Currys PC World and Very all have the Studio for £229.

It’s a really good deal and makes the FreeBuds Studio of the best value pairs of over-ear noise cancelling headphones you can get. At full price, it’s a tougher choice, especially when you consider that the still excellent Sony WF-1000XM3 are available for around £220 now.

Still, price isn’t everything so check out our chart of the best headphones as well as  best noise cancelling headphones to make sure you’re buying the right pair. 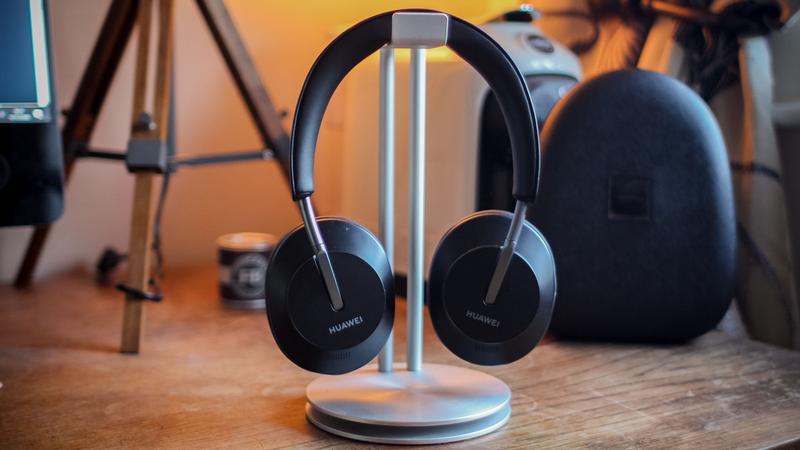 There’s lots to like about the Huawei FreeBuds Studio. For starters, they are cheaper than some key rivals and sound great. There’s also solid battery life too.

The design is lightweight and comfortable and the onboard controls – both buttons and touch – are easy to use.

While ANC is pretty good, it’s a little behind the likes of Bose and Sony.

My main issue here is on the software side, with the AI Life app available on the Play Store not currently compatible with FreeBuds Studio. Getting the right one from a QR code isn’t ideal.

There are also various features that are limited to Huawei phones or tablets with the right operating system – at a time when it’s very hard to recommend buying those devices. And even features that don’t need EMUI like wear detection are flaky.

It’s a good effort and good value for Huawei users, but the firm has work to do for the next pair.