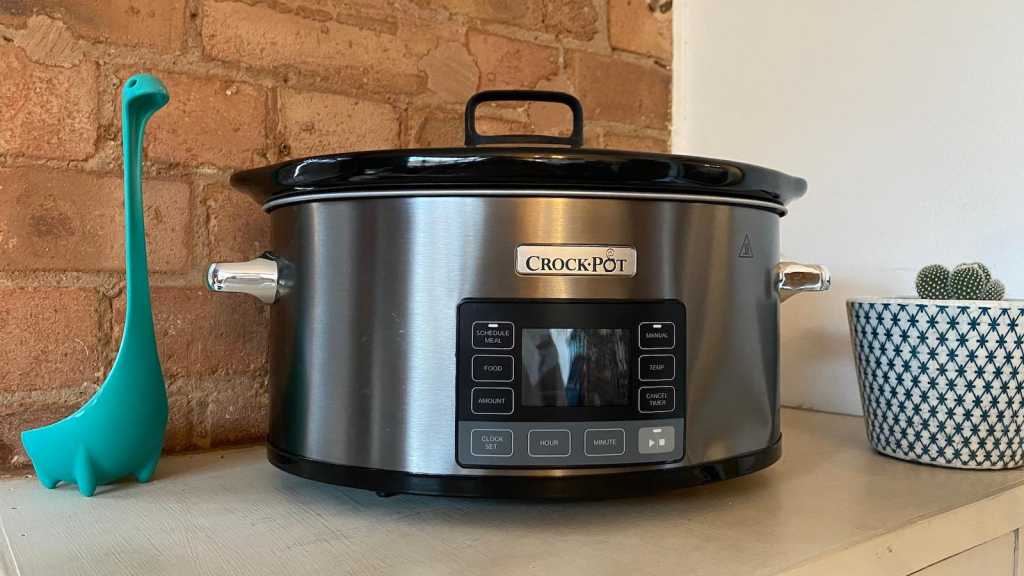 This slow cooker’s solid, simple design means it’s easy to use, although there’s little guidance on timings, so newcomers to this type of cooking will have to experiment.

Slow cookers save on power, retain nutrients in food and help you to create dishes that are full of flavour. That makes them handy for making big, cheap family meals or for batch cooking. We’re testing out a slow cooker from Crock-Pot.

The first thing to say is that this Crock-Pot is not a little appliance. It’s a big piece of kitchen equipment. On one hand, that’s good news. It’s a 5.6 litre slow cooker, which means you can make a stew or curry large enough for the whole family – and still have leftovers to freeze.

On the other hand, you’ll need quite a lot of space to store it in the kitchen. Measuring 37 x 28 x 23cm, it’ll take up a good chunk of counter or cupboard, so if you’re going to invest, you want to make sure you’ll get good use from it.

The Crock Pot comes in three main parts. There’s the metal outer pot, with an inset digital control panel. Then there’s a removable black stoneware cooking pot, which you can carry to the table and serve from. Finally, there’s a clear glass lid, which allows you to keep an eye on your food without affecting the cooking.

The lid and cooking pot are dishwasher safe. Unlike some stoneware, the cooking pot shouldn’t be used on a hob or under a grill. But it’s simple, solid and well designed. 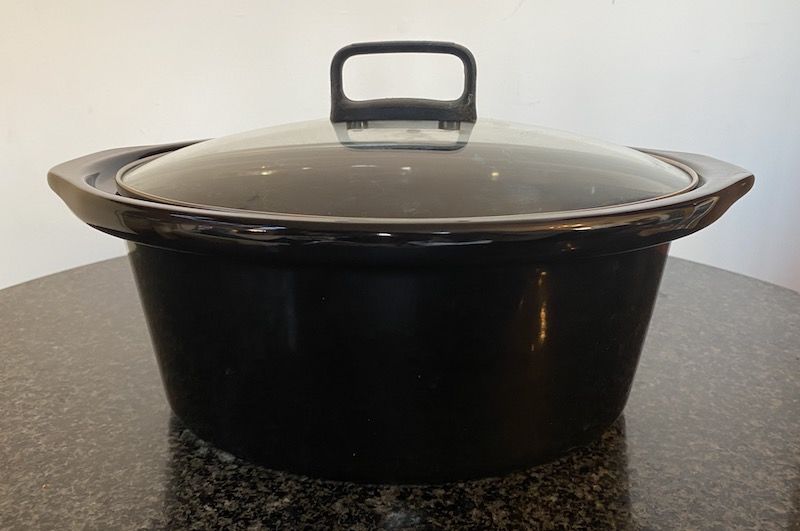 Before using your slow cooker, make sure it’s standing on a heat-resistant surface. When you first plug it in, it gives off a bit of a metallic smell but that doesn’t last long.

The digital cooking programmes are easy to use. You can choose between automatic and manual cooking. 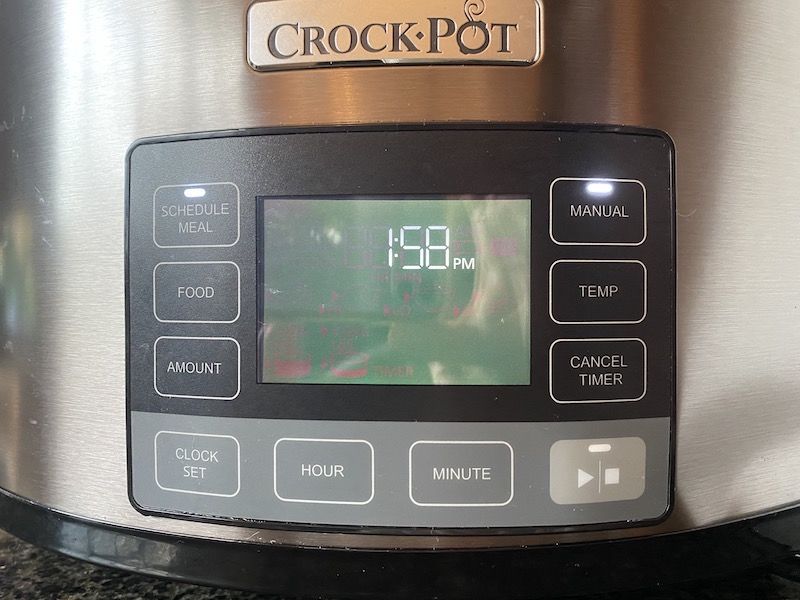 To use the automatic functions, choose the type of food you’re making from one of four categories: meat, poultry, soup or veggies. If it’s a mixed dish – say, for example, you’re cooking a stew with lamb and root vegetables – choose the ingredient that has the longest cooking time.

Then, instead of choosing a cooking time, decide when you want the meal to be ready. Set it for 8pm and that’s when your stew will be done. The thing to make sure of is that you leave enough time.

As the name suggests, a slow cooker is no good for ordinary cooking. You’ll need several hours to make a dish and it’ll work best if you get things ready in the morning and leave it all day to cook. When the cooking cycle ends, the Crock-Pot will automatically switch to keeping your food warm.

To cook manually, you set the temperature (either low or high) and then the timer. It’s that simple.

What’s not so simple, however, is getting the hang of slow cooking in general. If the Crock-Pot has a fault, it’s that it won’t give you much help as you go through the trial and error of figuring out how to cook with it.

The manual has only some basic tips on adjusting recipes for slow cooking and no recipes are included. However, users looking for inspiration can find recipes on the Crock-Pot website.

Slow cooking means that you’ll need to make changes to recipes that you’d ordinarily cook in other ways. You can’t boil off excess water to thicken sauces as you can on a hob, so don’t add more water than you want in the finished dish – in fact, the volume of water in the dish will increase as it cooks.

And if you’re using pasta in your dish, you’ll need to add it near the end of the cooking time, or it’ll end up bloated and watery. The same goes for fish. Meat, on the other hand, may need to be browned before being added.

As there’s no alarm to remind you when to add ingredients that should go in later, you’ll probably need to set a reminder on your phone. It’s not exactly high-tech cooking.

However, that’s really part of the advantage of slow cooking. It’s very relaxed. It’s hard to overcook vegetables and you’ll be unlikely to burn anything. If you’re in the vicinity to keep half an eye on things, or check in now and again to add a handful of an ingredient when necessary, you are pretty much assured of a flavoursome dish at the end.

This isn’t the cheapest slow cooker around. You can get a similar appliance from £35 but the Crock-Pot’s solid, simple design means it should last.

The Crock-Pot is robust and easy to use. However, there’s little guidance for people who are new to slow cooking. A recipe booklet would have been a nice addition.

It might be best suited for those who are willing to experiment with their cooking and learn by trial and error or for chilled-out chefs who don’t mind winging it in the kitchen. If your new year’s resolutions involve saving money, or healthy eating, slow cooking is a good place to start.