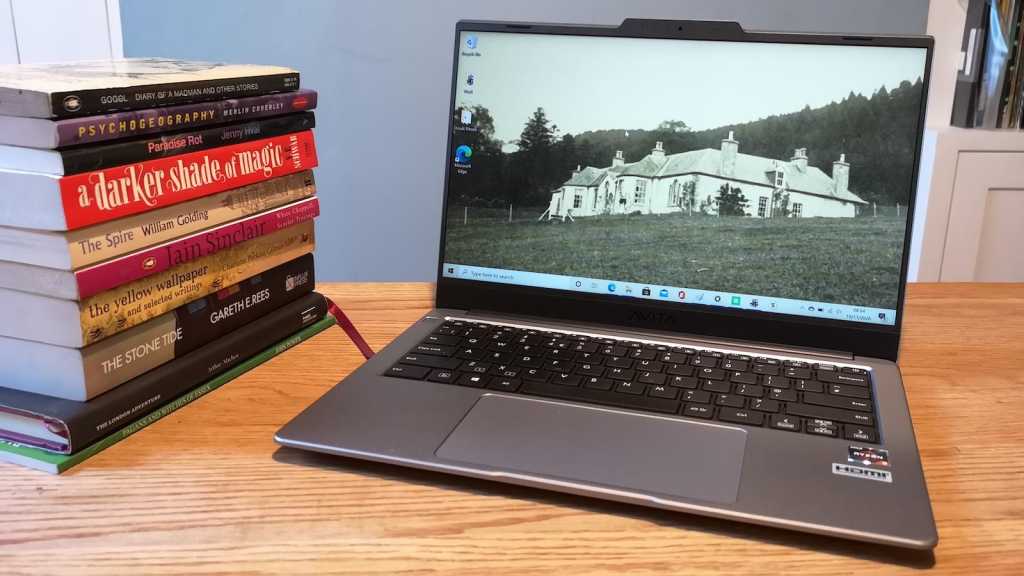 The Avita Liber V looks fantastic, is a cut above its Pura stablemate, and is generally a nice all-round Windows 10 laptop. Middling battery life means this won’t be suitable for all work situations but is otherwise a good bargain buy.

Avita is a relatively new name in the UK, but the Hong Kong-based brand has turned heads with a number of stylish-looking laptops, which sometimes boast psychedelic Paisely-esque patterns. While the original Avita Liber was cut from this cloth, this latest model, the Liber V, adopts a more conservative look and indeed is only available in regulation black or silver.

The Avita Liber V is very close to the budget Avita Pura in terms of specs. Processor options are the same – you get to pick between a Liber V powered by an AMD Ryzen 3200U or a Ryzen 5 3500U – as are the memory options, 4GB or 8GB.

The ports are the same, and the 14in display boasts the same Full HD resolution. The Liber V differs by offering a couple of bells and whistles in the form of a fingerprint scanner, a slightly larger camera sensor (1Mp instead of VGA) and a more premium look overall.

Despite the flashy exterior, it’s not as highly-specced as the Avita Admiror, so if you’re after something with a little more power under the hood, this may be more to your liking.

The Avita Liber V is a very smooth and tidy-looking laptop. If you squinted, it could pass as a MacBook Air, especially the silver model which I reviewed.

As well as having a slim chassis, and thin bezels around the 14in display, the Avita Liber V weighs a mere 1.28kg. As most of that weight is in the front of the deck, the laptop does feel a little heavier than you might expect, but it’s no bother if you need to carry it between meetings.

The camera is housed in a discrete section which rises out of the top bezel, like an inversion of the insufferable notches which have plagued all smartphones since the iPhone X. As well as not interfering with what you’re looking at, this lip also makes it easier for you to open up the Liber V.

When you do, you’ll see that there’s a fingerprint scanner near the top left corner of the deck. This is positioned quite cleverly, as it means you can rest your left index finger on the sensor, unlock the laptop, and then easily move to a natural typing position.

The Avita Liber V’s keys are nicely spaced, offer reasonably deep travel and fast action. There’s hardly any flex in the centre of the backlit keyboard and the layout is quite sensible. This all adds up to a generally excellent typing experience, which, considering the price point, is a very big plus.

Sure, the arrow keys are a little cramped, and the ‘#’ key is perhaps a little too close to the Return key, but you get this with a lot of budget laptops like the Lenovo IdeaPad Flex 5. Likewise, there is no number pad, and nor are there any dedicated navigation keys – the arrow keys pull double duty here – but, again, very common for laptops at this price.

Another big plus is the trackpad. Literally – it’s huge. Just like on the original Avita Liber, it’s almost half of the width of the deck on its longest side, and while it’s not the most responsive or precise trackpad I’ve used, I was able to adjust things in the settings well enough for us to get comfortable.

It’s maybe a little too big, as I found that the heels of my hands would sometimes cause the cursor to move slightly mid-sentence.

Flip the Liber V over, and you’ll see grilles for the speakers, and the air vent. Four chunky rubber feet see the Liber V anchored firmly to your desk, but unlike the Lenovo Yoga Slim 7 or the Asus ZenBook S13, the rear of the deck does not rise up. Whether or not this has an effect on the air vent is debatable – I’ll touch on the battery performance later.

The Avita Liber V’s 14in Full HD (1920×1080) display is, I’m pleased to say, brighter than that of the Avita Pura. I recorded a maximum brightness of 266 nits compared with the 190 nits maximum brightness that the Pura’s display kicked out.

Again, as with the Pura, the anti-glare coating here means that you should be fine working in all but the brightest of locations with the Liber V – harsh overhead strip lighting shouldn’t give you any bother.

Colours do look a little dull and washed out, but that’s the trade-off of having a less reflective matt coating. Seeing as the Avita Liber V is not a laptop geared towards high-end photo editing, this is not a huge surprise, and nor is it a huge deal.

It will likely not matter to most buyers most of the time, although it does mean that any holiday snaps you look at may look a little off.

The speakers, sadly, are really nothing to write home about. Audio from TV shows is passable through this, but if you want to listen to any music on the Liber V, it’s really best to stick to your headphones. Songs sound compressed and tinny, with low and mid-tones virtually inaudible through the external speakers.

The Avita Liber V is an office laptop. It really isn’t ideal for much more than the basics, that is to say, word processing, web browsing, spreadsheet and database work, social media, streaming and so on.

The display doesn’t cover much of the sRGB colour space (63% as recorded by a SpyderX Pro), so for all but the most basic of photo work, this is not the droid you’re looking for. Even then, you’d struggle to run anything more powerful than Photoshop Elements or GIMP here anyway.

Despite the Liber V model I tested featuring the exact same processor and memory configuration as the Pura – Ryzen 3 3200U, 4GB of RAM – my daily rituals weren’t as much of struggle as they were with the Pura.

While the Liber V would run hot after a couple of hours when not on the mains, and the fan was a noisy beast whenever it kicked in (which was frequently) I was able to beaver away at work emails and review copy while queuing up tracks on Spotify, and jumping between tabs without much of struggle.

When the battery was approaching 30%, things became a little dicey, but most of the time, it wasn’t a slog. That said, you will likely want to opt for the Ryzen 5 model if you can afford it. You can see the benchmark scores vs similar laptops.

On the subject of battery life, the Liber V is a thirsty performer. You won’t get a full day’s juice here, however you cut it. If you’re used to working hooked up to the mains most of the time, this is perhaps not an issue, but, if you’ve got back to back meetings lined up… well, just make sure you nab a seat close to a power socket.

Avita doesn’t list the Liber V’s battery size in terms of Wh but says that you will get 10 hours of power from a single charge. Looping a 720p video with the display’s brightness locked at 120 nits, I recorded six hours and 39 minutes. Most laptops these days should give you at least eight hours so it’s a disappointing result.

The Liber V is often quite slow to wake up if left to idle. Sometimes the screen ghosts into life after a couple of seconds, sometimes it feels closer to a couple of minutes. Find out how we test laptops.

It’s pleasing to see cheaper laptops not cutting cost corners by sacrificing ports. On the left-hand side here you get a security lock slot, a Type-A USB 3.0 port, a 3.5mm headphone/mic jack and a microSD card reader.

On the right, there’s the barrel port for the mains adapter, a second Type-A USB 3.0 port, a Type-C USB 3.0 port which also supports charging and an HDMI port.

A last-gen WiFi 5 (802.11ac) radio is present here, and likewise, Bluetooth connectivity is stuck on the older Bluetooth 4.2 standard, but this shouldn’t be an issue unless you’re using a newer Bluetooth 5.0 mouse or keyboard.

The Avita Liber V is available to buy now.

Both of these models come with 256GB SSDs, and are only available in black. At the time of writing, no models were available to purchase directly from Avita’s UK site.

Check out the alternatives in our best budget laptop chart.

The Avita Liber V is a solid laptop that aces basic office tasks, all while looking pretty dashing to boot.

That said, you can expect similar performance from the likes of the similarly-priced Honor MagicBook 14, and the Lenovo IdeaPad S340, both of which boast stronger battery life.