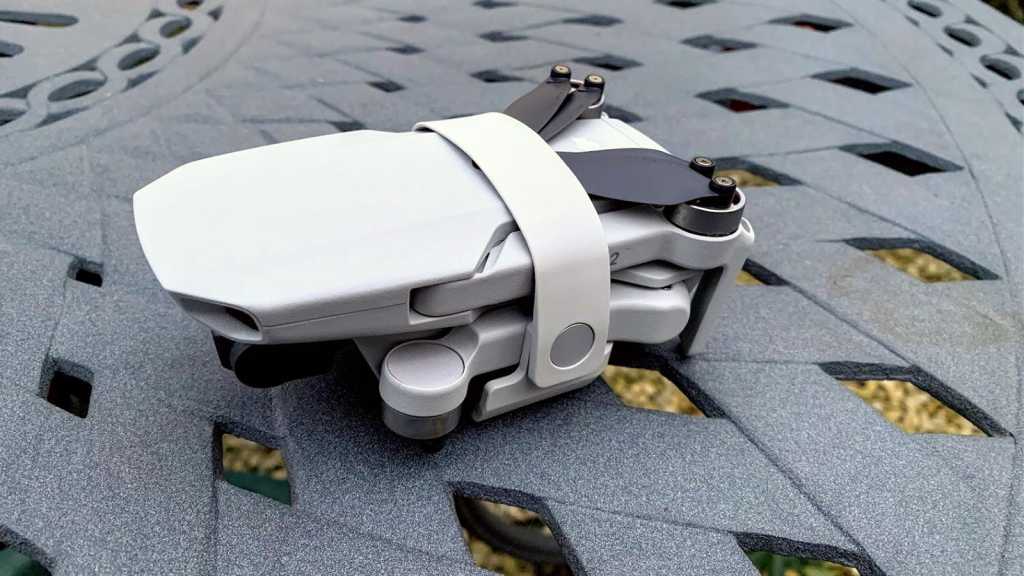 Unless you specifically need to track people or objects, the Mini 2 is the best-value drone right now.

DJI’s Mavic Mini was a remarkable achievement: a sub-250g drone that shot decent video, took decent photos and was easy to fly. It was also relatively affordable to boot.

A follow-up wasn’t expected so soon, but the Mini 2 addresses a few of the criticisms of the original and makes the new, higher price well worth paying. The Mavic part of the name has been dropped even though it’s still in the Mavic range.

With the ability to shoot 4K video at 100Mbps (the bitrate is the main highlight here) and RAW photos, plus Ocusync 2.0 for control and video transmission up to 10km, there’s almost nothing to criticise here.

Almost is the operative word here because, even though you’ve no right expect it at this price, it would have been nice to record 4K at 60fps, but it’s 24, 25 or 30fps.

The real blow, for some people, is the continued absence of Active Track. On DJI’s pricier drones (and for those with longer memories, also on the older Spark) it’s a system that allows you to select a person or an object, such as a car, and the drone will lock onto that subject and follow it, both by moving the drone and also the camera to keep that subject in the frame.

It’s useful if you want to record yourself skiing or cycling along a hilltop trail. But you’ll have fly manually with the Mini 2 to capture such scenes. And this is despite the fact that the Mini 2 can track subjects in Quick Shots mode, so removing Active Track is a conscious decision by DJI and makes it all the more frustrating.

The other big omission are sensors for avoiding obstacles. While these aren’t guaranteed to work in all situations on DJI’s other drones, they do prevent crashes and can also be used with Active Track to avoid obstacles while tracking a subject.

Whether due to their weight, which would push the Mini 2 over the limit for registration in some countries, or because of the extra cost (or more likely to stop the DJI’s cheapest drone competing with those more expensive models) they aren’t present.

Note: new laws came into effect on 31 December 2020 which mean the Mini 2 does now have to be registered in the UK and other countries.

Assuming that these things aren’t dealbreakers for you, then there really is a lot to like about the Mini 2.

While you’ll now have to register it in the UK, it’s still exempt for recreational flying in some countries. And even under the new laws, you have more freedom to fly the Mini 2 than heavier drones. Of course, you still need to abide by your local laws about where you can fly a drone.

Design-wise it’s hard to spot many differences between this and the older Mavic Mini. Yet there are many changes: a new battery design, a new multi-charger, new propellers and plenty more. It’s small enough to sit on your hand and – as printed on the side – weighs only 249g.

Charging is via USB-C, or the multi-charger in the Fly More kit that takes three batteries (but charges them one after another, annoyingly).

There’s a new LED strip on the front whose colour you can customise in the Fly app, and a button on the rear which you press and hold for two seconds to put the drone into Quick Transfer mode. This broadcasts a Wi-Fi network to which your phone can connect directly (without the controller) and allows you to import video and photos at ‘up to’ 20MB/s.

It sounds like a handy feature, but in my tests, it proved troublesome,  complaining that I was in a ‘high interference’  location and transfers kept failing after running at 1.5-2.5MB/s.

I suspect this is designed to be used out in the field, where it could be handy, though low-resolution previews are saved in real-time to your phone, so it’s hard to think of many reasons why you’d need to download the original quality versions to your phone in this way. I prefer to pop the microSD card (which isn’t supplied, by the way) into a USB 3 card reader and transfer video and photos in bulk to a PC.

The other new feature is only included in the Fly More kit: a propeller protector which wraps around the drone and holds all four rotors in place and prevents damage while you’re carrying the Mini 2 around.

And that’s the other reason to spend extra on the Fly More version: it comes with a great shoulder bag that has space for the drone, controller, battery charger, spare propellers and USB cables.

Plus, it comes with three batteries in total, providing a little over 90 minutes of flying time, though obviously you’ll need to land the drone to swap batteries after half an hour.

The final noteworthy point about features is that DJI now supplies the same controller as you get with the Mavic Air 2, and it is much, much better than the Mavic Mini’s.

Partly that’s down to Ocusync 2.0 which means a robust signal at greater distances (a maximum of 10km in the US and 6km in the UK and Europe), but also because the phone mount is a lot easier to use, and puts the screen above the controls where it should be, and makes it easier to connect the cable to your phone’s USB port. Cables are included for Lightning, USB-C and microUSB.

A nice addition is the pause icon on the return-to-home button. This is because it can be used to halt the Mini 2 in the middle of a Quick Shot.

With upgraded motors, the Mini 2 can withstand wind better than the Mavic Mini, up to 24mph (around 37km/h). It also has faster acceleration (if you need it) and 2x lossless zoom when shooting in 1080p, which come in useful if you love recording at 48, 50 or 60fps which aren’t available if you choose 2.7K or 4K.

Digital zoom is possible (2x at 4K, 3x at 2.7K and 4x at 1080p). While it might seem pointless, it does appear to bring out a little extra detail compared to simply zooming in a video editor, or when grabbing stills from a video and cropping in Photoshop. Plus, you can use the controller’s function button along with the dial behind it to zoom in and out, allowing you to create dolly zoom effects, or just zoom smoothly while flying.

Photos can be shot in DNG alongside their compressed and processed JPG counterparts so you can import these into a suitable photo editor and apply that processing – including white balance and highlight recovery – yourself. The results (the shot above has been processed by our own pro photographer) are impressive for an entry-level drone, but it is disappointing that there’s no RAW equivalent for video.

What you get is 100Mbps MP4, which along with proper 4K resolution, is a big step up from the 40Mbps 2.7K Mavic Mini. It’s a variable bitrate, not constant, but it’s  more than twice what was available on the Mavic Mini.

It means video quality is impressive for a ‘cheap’ drone and although pros wouldn’t go near it, it’s perfectly acceptable for showing on your 65in 4K TV to your family and friends.

The easiest way to describe the quality is that it’s much the same as you’d get from your smartphone, except perfectly stabilised by a 3-axis gimbal.

Video becomes soft when you’re panning left or right, or up very close to objects. But when flying 50m away, things look nice and sharp, with good detail levels and natural-looking colours.

The Mini 2 has a few other tricks up its sleeve, too. It can automatically take and stitch together 3×3 (above), 180° (below) and spherical panorama photos, can do automatic bracketing for HDR photos and also take photos at intervals between 5 and 60 seconds.

Finally, there are QuickShots which any owner of a recent DJI drone will be familiar with. They’re fun pre-determined flight paths recorded in 720p (unfortunately) which create sharable videos. They’re also the only easy way to get the Mini 2 to orbit a point of interest (usually yourself) and get other amusing shots.

But it’s the Fly More combo that you’ll want to go for. This may be more expensive at £549/$599/AU$949 but it’s well worth it as it includes an extra two batteries, a propeller guard (for keeping the propellers from getting damages), a three-battery charging hub, an 18W charger (the power brick), extra sets of props and a shoulder bag to carry it all in.

You can buy both versions from DJI of course, but also other retailers including Heliguy in the UK, Best Buy in the US and more.

With considerably more improvements and upgrades than it first appears, the Mini 2 really is a fantastic little drone. Video quality is markedly improved over the Mavic Mini, and the ability to shoot RAW photos (as well as the auto exposure bracketing feature) means it’s a great tool for aerial photography as well.

Add the upgraded motors which allow for better wind resistance, the significantly better controller and massively better range (and performance when there’s lots of interference) it easily justifies the price hike.

Even without Active Track (which is the biggest disappointment – not the lack of obstacle avoidance) it’s a great buy.