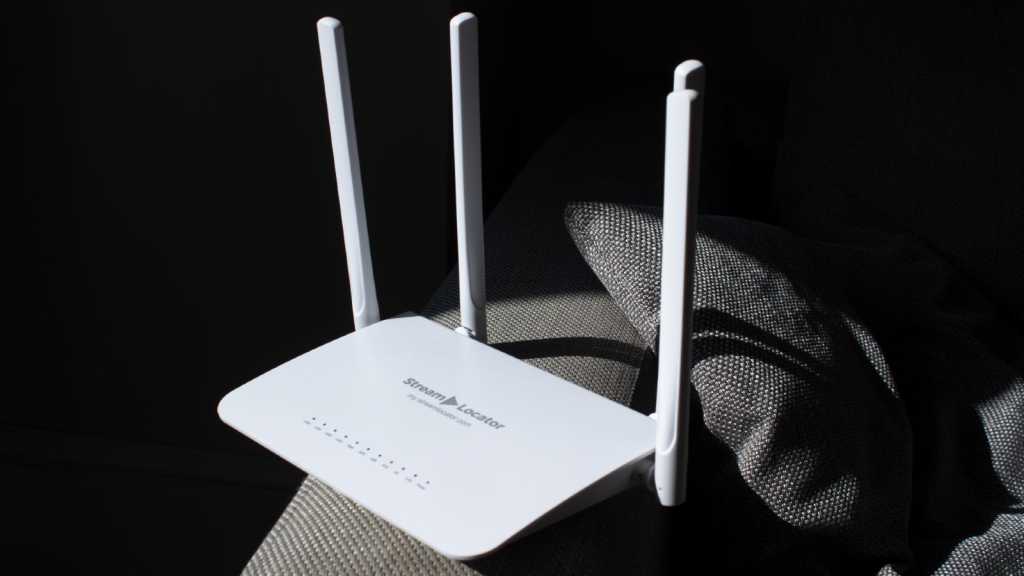 The StreamLocator Hub does the job it promises, but the coverage isn’t amazing.

Previously, the only way to watch BBC iPlayer, Netflix and other region-locked videos when you’re not actually in that region was to use a VPN. However, there’s now a new option available.

The StreamLocator Hub is the product of a start-up company (StreamLocator) based in Toronto, Canada. It’s a box that connects directly to your broadband router via an Ethernet cable and uses a combination of Smart DNS, transparent DNS proxies and domain/IP-based smart routing.

Fortunately, you don’t need to worry about any of the technical details: that’s why you’re paying for the StreamLocator Hub.

The hub creates its own Wi-Fi network, which you then connect your devices to, such as a phone, tablet, laptop or TV. You can only use it for streaming – it doesn’t work on other websites.

If you’re wondering whether you should consider this device as an alternative to a VPN subscription, then keep reading.

The unit I was sent to test was a pre-production sample, therefore I haven’t seen the final product in person – these photos are from StreamLocator. However, my unit was very similar in terms of design and size.

The hub, which is essentially a basic 802.11n Wi-Fi router running custom firmware based on OpenWRT, can easily fit on a TV stand alongside your other devices, and the main box is slim. The aerials are a bit of an eye sore – but when you’re not using the hub these can be folded down.

On the back is an Ethernet port that’s used to connect to your router, along with four other ports for wired connections to set-top boxes that still have Ethernet ports. This could be useful if those devices don’t have Wi-Fi, or simply for a faster and more reliable connection. You’ll need to supply your own cables for these connections however.

As this is a router, there’s also a USB port, WPS button and a reset button.

11 LED lights – too many in our opinion – indicate the status of your connection and which ports are active. On the bottom is a sticker with the password for the hub which you’ll need when you sign up for an account. The hub works with an unlimited number of devices.

Setup is extremely easy. I managed to get it working in under five minutes. The online steps are laid out clearly online, and once you’re connected you can unplug/turn off the hub at your leisure and power it up again without needing to repeat the initial steps.

Once you’ve connected it up turned on the mains, you simply connect to the Hub’s Wi-Fi network, sign up for an online StreamLocator account to configure your preferences, and away you go.

Your laptop, PC and phone don’t need any app or software to work, but select devices such as Fire TV and Android TV do have apps that you’ll need to download for full access.

Unlike most VPNs, you don’t need to connect to a specific server. Instead, the Hub does the work for you. This means that you can go to a US streaming service in the UK (such as CWTV, or HBO Max) and it will bypass the geo-blocking automatically.

When using VPNs, I have found that occasionally streams will stop mid-episode, or that I have to try multiple servers to find one that lets me log on in the first place. This is pretty standard with VPNs, though some are more adept at unblocking than others.

I had no such issues with the StreamLocator Hub. The device had a faster and more stable connection than other VPNs I’ve tested, which is a massive plus.

You can even have several websites from different regions open at the same time on your device. I tested both BBC iPlayer (UK-based) and CWTV (US-based) side-by-side, and they worked perfectly.

When you’ve finished streaming and want to use your normal internet connection, just disconnect from the StreamLocator Wi-Fi and connect back to your usual one. Obviously this doesn’t apply to wired devices: they can use the StreamLocator even when watching content that doesn’t require any unblocking.

As for streaming platforms with multiple regions (or libraries) such as Netflix, Disney Plus and Amazon Prime Video, you can manually choose through StreamLocator’s website which country you want to connect to. If you just want to use that service in your own location, you can select ‘disable relocation’.

Not every single country is available for this – for Netflix you get a choice of eight regions only: US, UK, Canada, France, Germany, Korea (Republic of), Brazil and Mexico. Japan, Australia and New Zealand aren’t currently listed, for example.

In addition, not all streaming platforms are available – Britbox wasn’t in the list, for example. However, StreamLocator states that over time more countries and platforms will be added according to user requests.

When testing wireless speeds, I found no differences between the bandwidth of my normal Wi-Fi and the StreamLocator Hub Wi-Fi. I use a wired connection on my PC via a Wi-Fi extender, so couldn’t use the StreamLocator via my PC unless I changed the Wi-Fi network in the extender, which is a pain. This is something to keep in mind if you have a similar setup.

For the best performance, stay closer to the hub, or even better use an Ethernet cable if you can.

If you want your smart TV or streaming stick to be able to download international apps, this is also possible through the StreamLocator Hub, but you’ll have to change your account details on your PC before you can do this for services such as Amazon and Roku.

StreamLocator has guides for Amazon Fire TV, Roku and Android TV, as well as other tutorials for the Hub.

Unfortunately you can’t purchase a 12-month subscription again for a discount – the only option is monthly rolling. You can buy it exclusively from the StreamLocator website, and there’s a 30-day money-back guarantee available.

If you know anything about VPN services, you’ll know that this is more expensive.

There are also free VPN options available – though limitations make streaming video difficult (if not impossible) on almost all of them.

However, bear in mind that streaming through the StreamLocator Hub is a slick process which is – in our experience of actually testing it – more reliable than many VPNs – so really it comes down to how much international streaming you plan on doing. If it’s a lot – and across various platforms – then you should seriouisly consider the StreamLocator Hub.

One other thing you should note is that VPNs have other benefits such as protecting your online privacy. The StreamLocator Hub isn’t trying to be a substitute for a VPN, but rather an alternative solution for those just looking to watch content in other countries. If you want more than that, or you only stream the occasional show from a different Netflix region, say, then you’re better sticking with a VPN service.

As someone who regularly uses VPNs to watch geo-locked content, I was impressed by the StreamLocator Hub. It was a breeze to set up on my main devices, and streaming was fast and uninterrupted. What you’re paying for is the privilege of the hub sorting out all the technical issues for you to provide an easy solution for international streaming.

Not all streaming channels and locations are yet covered – so check the website to see if the device grants access to what you want. In addition, connecting the hub to more complex devices such as streaming sticks is trickier – but that can be the case when using a VPN too (though many VPN services provide apps for the Fire TV and others.)

Where the Hub comes into its own is when you want to stream via an Apple TV, PlayStation, Xbox or any other device which doesn’t allow you to install VPN apps or support VPN connections natively.

However, providing you’re happy to tie in for an annual plan on your streaming, this is a viable alternative to VPNs that won’t break the bank.