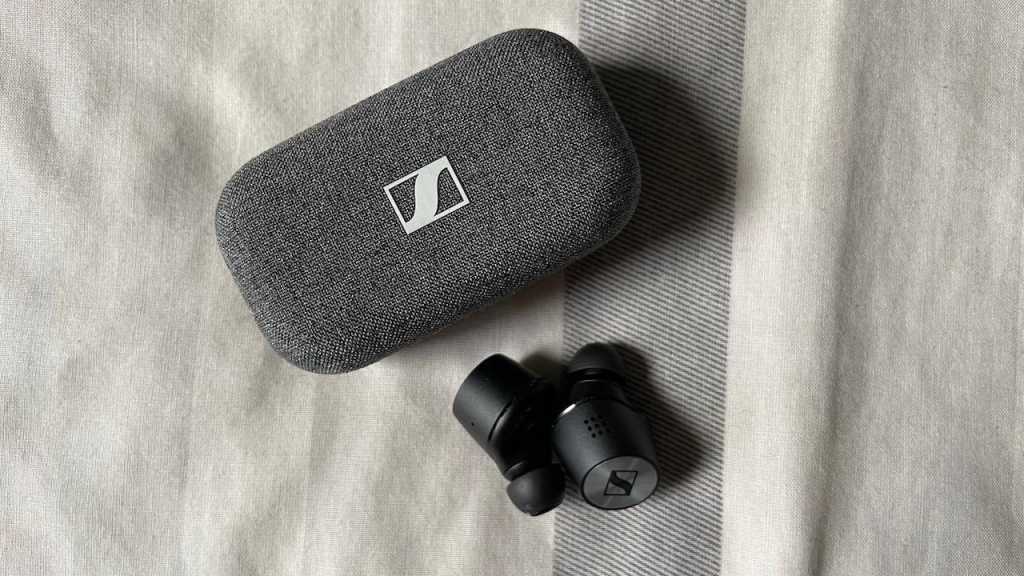 You might think of Apple’s AirPods or Google’s Pixel Buds when you hear the term wireless earbuds, but it’s Sennheiser’s Momentum True Wireless 2 earbuds that you should be paying attention to. Utilising Sennheiser’s 75 years in audio expertise, the second-gen wireless earbuds sound impressive and, unlike competitors, the playback is completely customisable too. Throw in long battery life, great build quality and a comfortable fit and you’ve got one of the best pairs of wireless earbuds around right now.

However, as great as the buds sound, they aren’t perfect for everybody. Find out why in our review.

The Sennheiser Momentum True Wireless 2 earbuds are a premium purchase, but thankfully, that’s reflected in the build quality. The buds are well made, intuitive in use and feature premium materials not only on the earbuds, but the carry case too.

The buds themselves look similar to their first-gen siblings, complete with shiny metallic touch-sensitive detailing and a satisfying circular groove. The pop of shiny silver on the otherwise black buds help push the premium look and feel without being too in-your-face, and they’re pretty small too. Not quite small enough to disappear into your ear without anybody noticing you’re wearing earbuds, but on the flip side, you certainly won’t look like a Cyberman from the Tennant-era Doctor Who series. 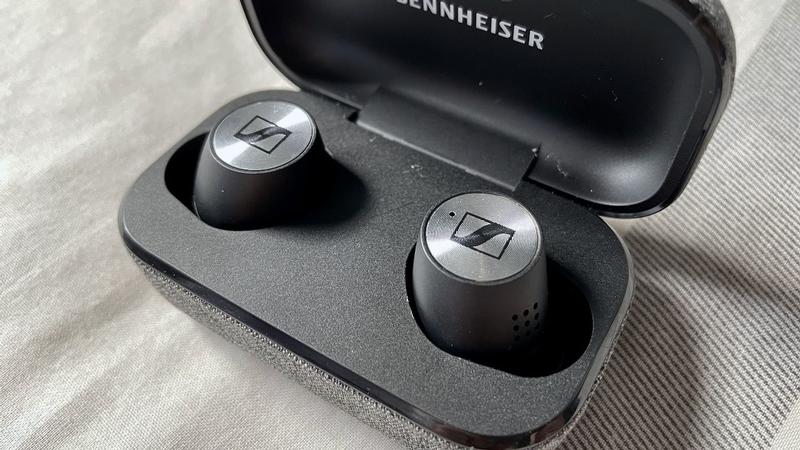 Sennheiser claims they’re 2mm smaller than the first-gen buds, and they come with three sets of eartips in the box to help you find the perfect fit for your ears. It’s not quite as extensive as some earbud manufacturers, with the likes of Adidas providing several sets of tips and wings in the box of the FWD-01, but you should be able to find a combination that allows for a snug, secure fit.

It’s worth taking the time to do this when you first get the buds, as it’ll not only improve overall comfort but the sound quality too. And, when combined with the IPX4 water resistance, the Momentum True Wireless 2 buds could be your new go-to for exercise.

The touch-sensitive housing of the Momentum True Wireless 2 buds allow for easy access to key functions like accepting or rejecting calls, controlling music playback and access to your virtual assistant, be it Siri, Google or Alexa. The latter isn’t hands-free like some alternatives though; you’ll have to tap to access your virtual assistant.

The touch controls are sensitive, but not so sensitive that you accidentally trigger an action when adjusting the fit – like with the Google Pixel Buds 2 – and using the Sennheiser Smart Control app for iOS and Android, you can customise which functions you can access on-the-fly. There’s also built-in auto-pause support, stopping your music automatically when you remove the buds, potentially freeing up a tap for a different function. 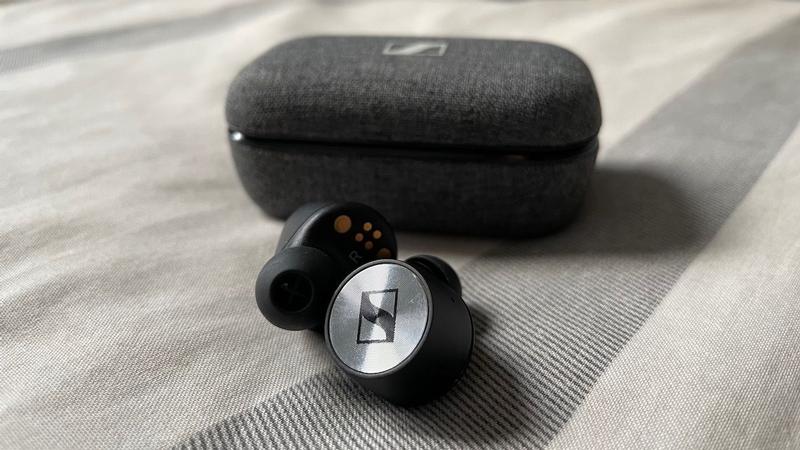 The touch controls aren’t exclusive to smartphone controls – it’s also where you’ll be able to control the noise cancellation and transparency modes available on the buds. We’ll go into the former below, but for those unaware, the latter allows environmental noise to pass through the buds, ideal for when you’re walking or running and want to be aware of your surroundings. It’s not a unique concept by any means, but it’s a welcome addition to the roster.

Those high-end buds sit in an equally sophisticated carry case when not in use. The case itself is covered in a grey woven finish that adds a nice texture, and it’s magnetically sealed once the lid is closed to keep your buds safe. You’ll find a USB-C port on the rear for charging, and there’s a handy little LED that’ll let you know how much battery life is left too.

The only real complaint is that it is a pretty large carry case compared to the likes of the AirPods Pro and Pixel Buds 2, although with significant battery life gains on offer, it’s a compromise I’m happy to make.

One of the biggest complaints about the original Momentum True Wireless buds was battery life, offering only four hours playback and an additional eight in the charging case. That’s a fraction of most competing true wireless earbuds, especially at a premium level, which is why the news that battery life has been improved should be music to the ears of many.

The second-gen buds can last seven hours on a single charge, almost double the originals, and there’s a further 21 hours of charge available via the carry case. That’s plenty of charge for listening to tunes on the go, and with quick charge functionality providing around an hour and a half of playback after 10 minutes of charge, you’ll never be without them. 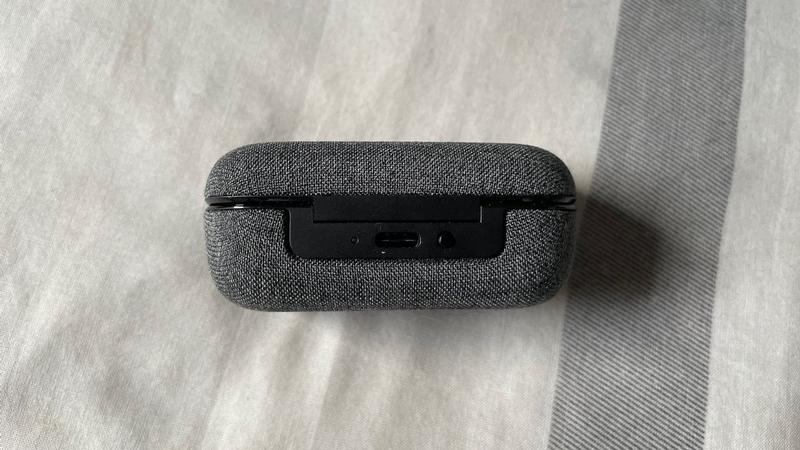 It should go without saying that the buds sport Bluetooth 5.1 support, but it’s worth noting that aptX support means you can stream Hi-Res Audio wirelessly – on Android, anyway.

Within the Momentum True Wireless 2 earbuds you’ll find 7mm dynamic drivers, much like its predecessors, that offer a great audio experience customisable via the companion app for iOS and Android.

Generally speaking, the earbuds offer impressive audio quality. Vocals are warm, there’s a great bass presence that doesn’t impact on the mids and highs and it’s punchy without being too harsh. There’s a wide soundscape that helps immerse you into the tracks with plenty of detail to boot. Simply put, it can handle classics like The Animals’ House of the Rising Sun and bass-heavy tracks like 6ix9ine’s Goomba with ease, making for a versatile pair of TWS earbuds.

The best part is how customisable the audio experience is via the Sennheiser Smart Control app. It doesn’t offer a standard EQ, but instead offers a simple graph with a moveable marker. Dragging it to the left puts more of an emphasis on bass, while dragging to the right tightens the high-end, and you can move up and down to further customise the sound output. It’s still an EQ, but something that’s easier for audio novices to use, and there is a standard EQ available for those that know what they’re doing. 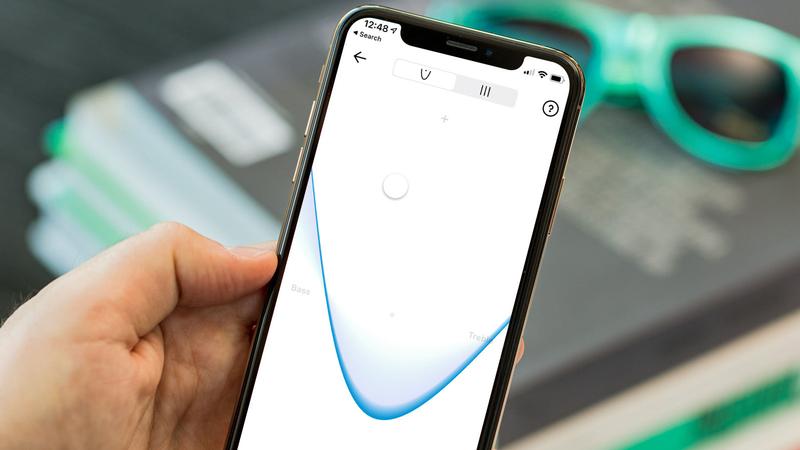 The changes are near-instant, so you can tailor the EQ to the type of music you listen to in realtime and save that as a quick-select preset for future use. It’s a great feature not present on popular alternatives that all users can benefit from, and it’s easily accessible too.

As mentioned earlier, you’ll also find active noise cancellation on offer from the updated earbuds, but it’s not quite as good as what you’ll find from the AirPods Pro or Sony WF-1000X3.

Enabling the ANC does quieten some environmental noise, but there was still a noticeable amount of noise able to leak through, failing to provide the immediate quietening of the environment like Sony and Apple’s options. That is without music playing, admittedly. Play your favourite tunes and the noise around you will quickly fade away – you’ll just hear noises when things quieten down between songs.

There is a lot to like here, with great audio, long battery life and great build quality, but it has to be said that there are premium over-ear headphones that are a much better buy at close to £300. Still, there is a lot to like about the Momentum True Wireless 2 if you’ve got your heart set on a premium pair of earbuds.

For more inspiration, take a look at our selection of the best true wireless earbuds, and our pick of the best headphones too. 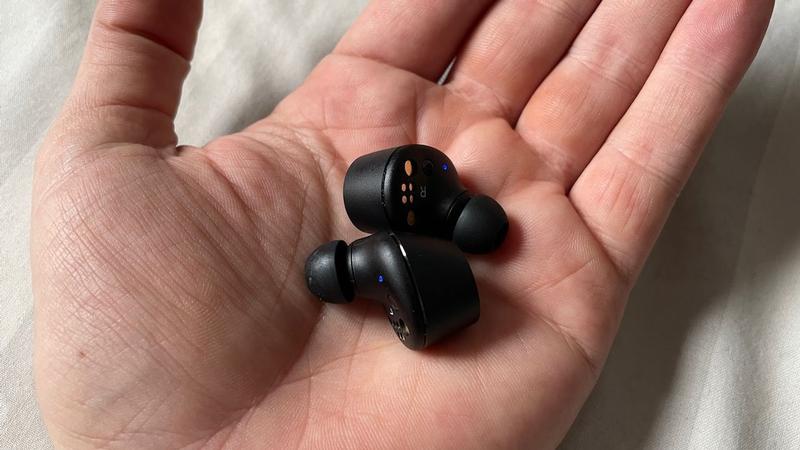 The Sennheiser Momentum True Wireless 2 earbuds are an expensive purchase at just shy of £280/$300, but the design, materials, battery life and most importantly sound quality are undoubtedly impressive, making them a solid competitor to popular TWS earbuds like the AirPods Pro, Pixel Buds 2 and Sony WF-1000XM3.

The only downside to the buds is the active noise cancellation performance – while there is a noticeable level of cancellation, a lot of environmental noise can still leak in. It’s not as noticeable when playing music, but still, there are options that outperform Sennheiser’s premium buds.