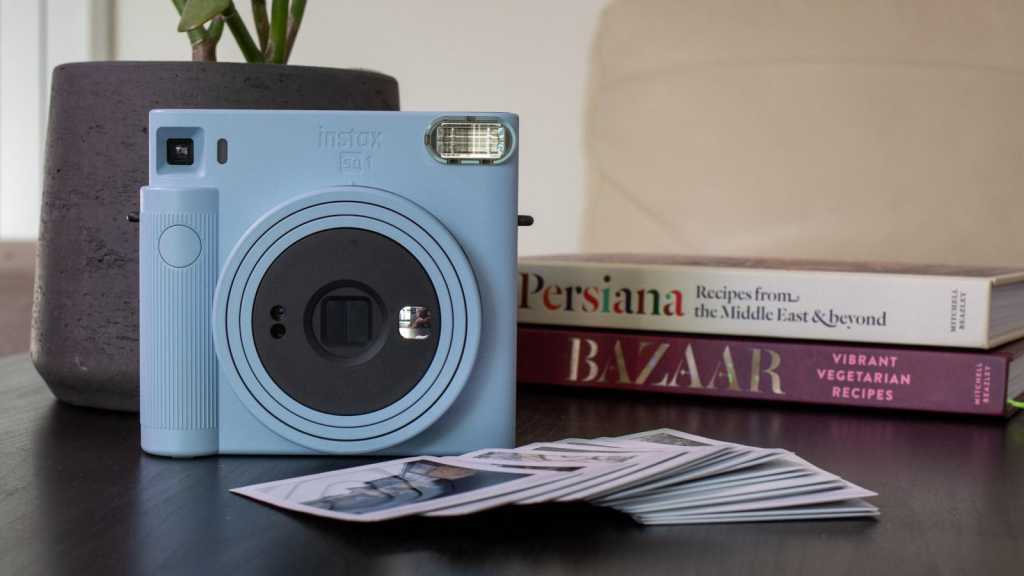 The Instax SQ1 is a simple, solid, square format Instax camera that would be an absolute winner at £99/$99 – but at this price you’re better off buying the older SQ6.

The Instax Square SQ1 is the company’s third take on a square-format camera, and its simplest yet. Echoing the design of the extraordinarily popular Mini 9 and new Mini 11 cameras, it boasts a colourful, chunky design and stripped-back controls that should immediately appeal to kids or anyone who wants a dead simple point-and-shoot instant camera.

There’s a catch though – the slightly older SQ6 is still available. It has all the same features – and then some – and is easy to find for cheaper than the SQ1. That means the new SQ1 is only the better buy if you can’t resist the pastel colours, or are willing to pay more to get simpler controls.

Since it’s arguably the main differentiator between the two similarly prices square Instax models, let’s start with how the SQ1 looks. 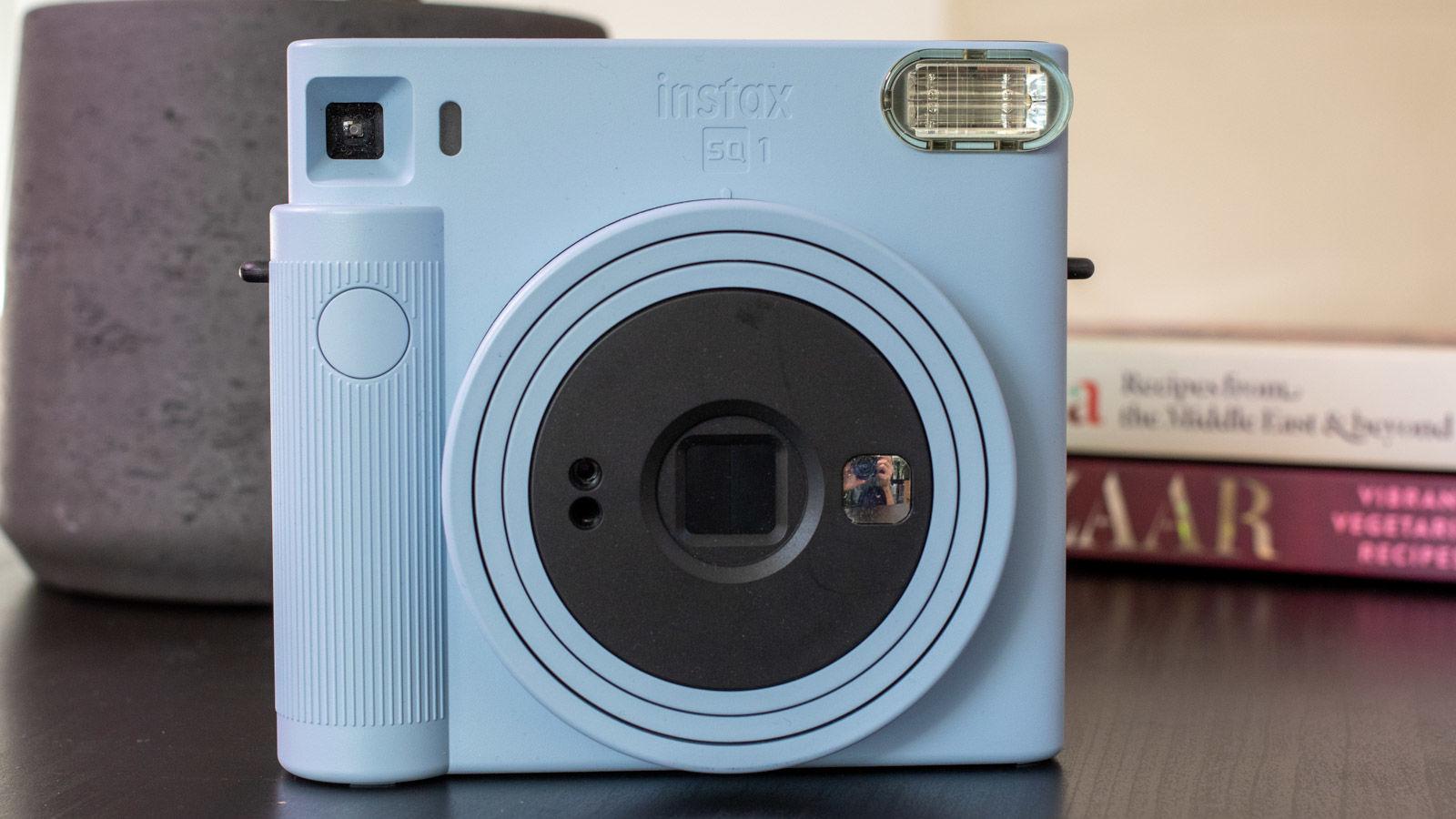 Echoing after the Mini 9 and Mini 11, Instax has aimed firmly for a friendly aesthetic that makes the SQ1 feel more like a toy than a camera. It’s chunky and plasticky and comes in a pastel blue, a warm orange, or a simple white.

Everything about it feels over-sized and approachable, from the rounded, textured palm grip to the large flash module on the front.

In a smart bit of economical design, there’s only a single button on the whole camera: the shutter. Instead of a power button, you twist the lens out to turn the camera on, which is both super-simple and charmingly evocative of pulling focus on a regular camera. 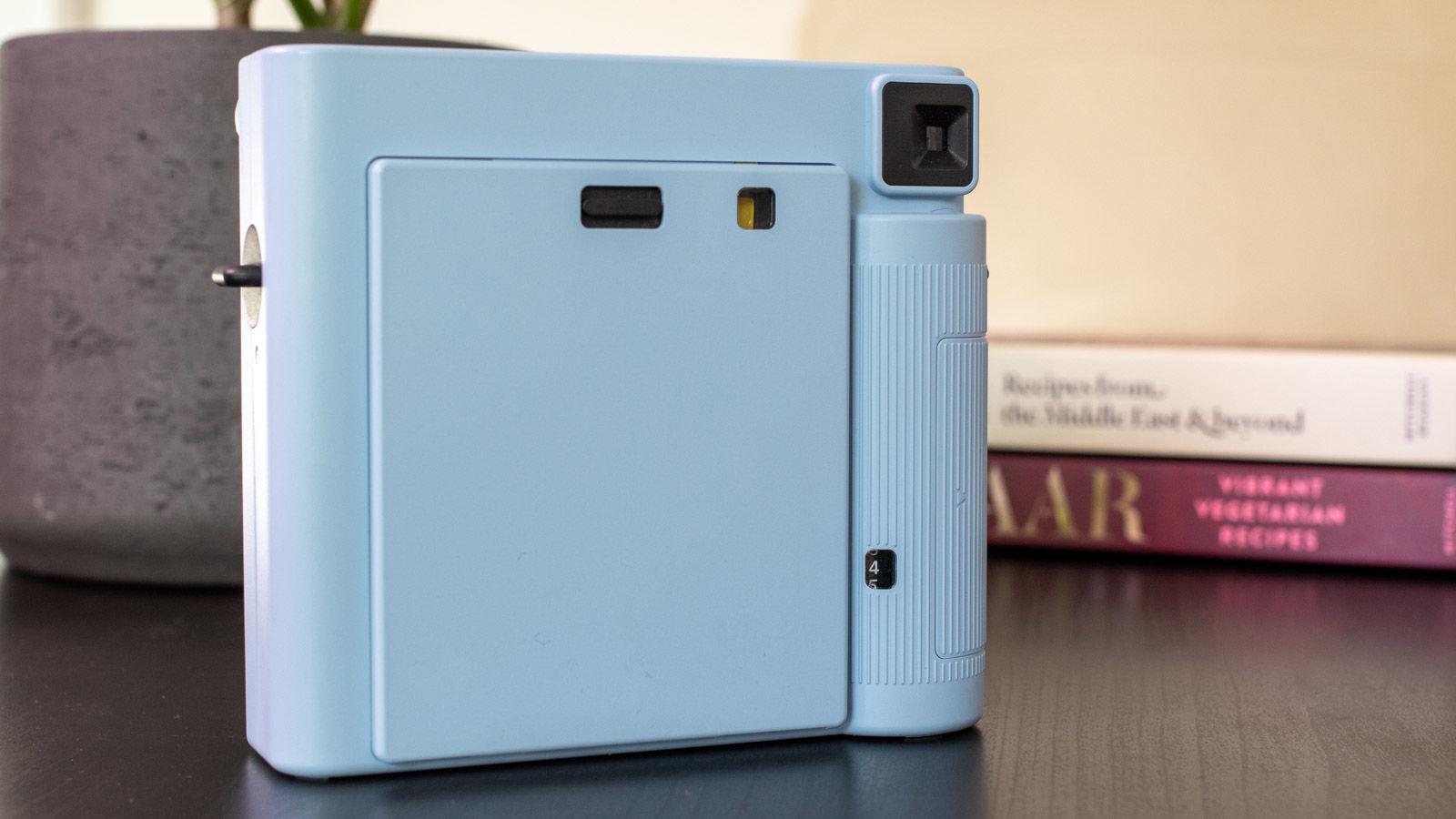 On the back you’ll find the small viewfinder, battery compartment, a shot counter, and the hatch through which you load film packs – a quick and easy process.

I love the look of the SQ1, which is charming in its simplicity, but build quality leaves something to be desired. The battery compartment door is held on by the tiniest plastic latch known to man, so expect to be taping this shut before long. When carried in a bag the lens all too easily twists just enough to turn the camera on and drain its battery, and after a week or two of testing there’s already an odd sort of rattle inside the camera that I don’t entirely trust.

The Instax SQ1 shoots on Instax’s square format prints – as opposed to the mini and wide format paper used on other Instax cameras. 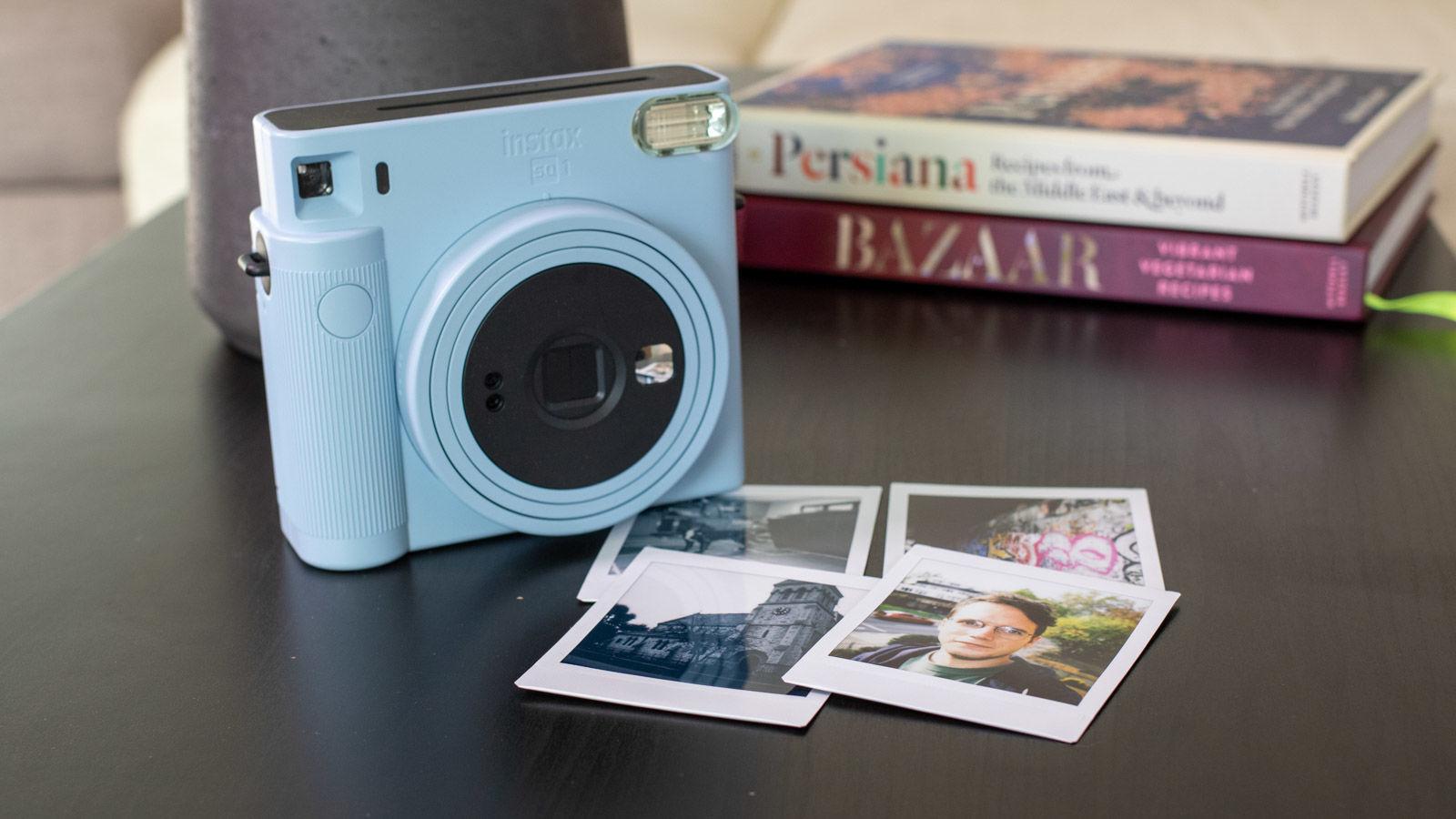 Instax sells both colour and monochrome square film, both of which work in the SQ1, but beyond that you don’t get many options. There are no custom shooting modes, no complex options – you can’t even turn the flash off. You basically just point, and shoot.

I lie a little – there are two modes to pick between, as if you keep twisting the lens you’ll activate selfie mode. This is, well, for selfies, with a small mirror on the front to help you line yourself up in the shot. It’s also the mode you want to use for close-ups and macro photography, with a slightly shorter focal distance than the regular option. 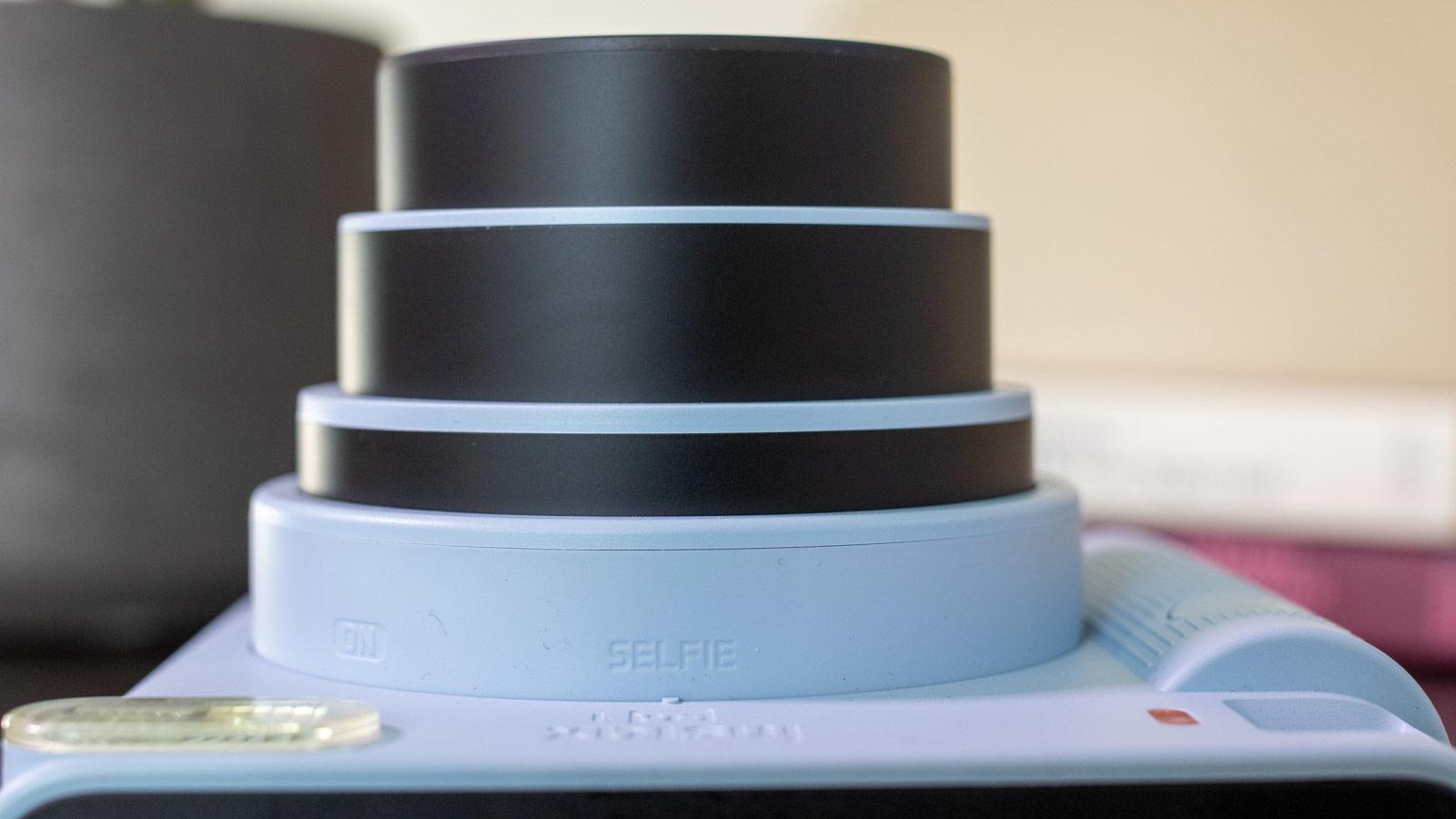 Contrast this to the otherwise similar SQ6, which lets you toggle flash on or off, activate dedicated landscape and macro modes, adjust exposure, and even take double exposure shots.

In fairness, most people won’t want, or need, all those extra options, and there are clear benefits to the simple approach of the SQ1.

In any case, the simplicity of the design doesn’t get in the way of photo quality. As with any instant camera, you’ll need fairly bright light to get good results – don’t count on that flash to help too much – and there are no guarantees that you’ll be a fan of every print you get out of it. 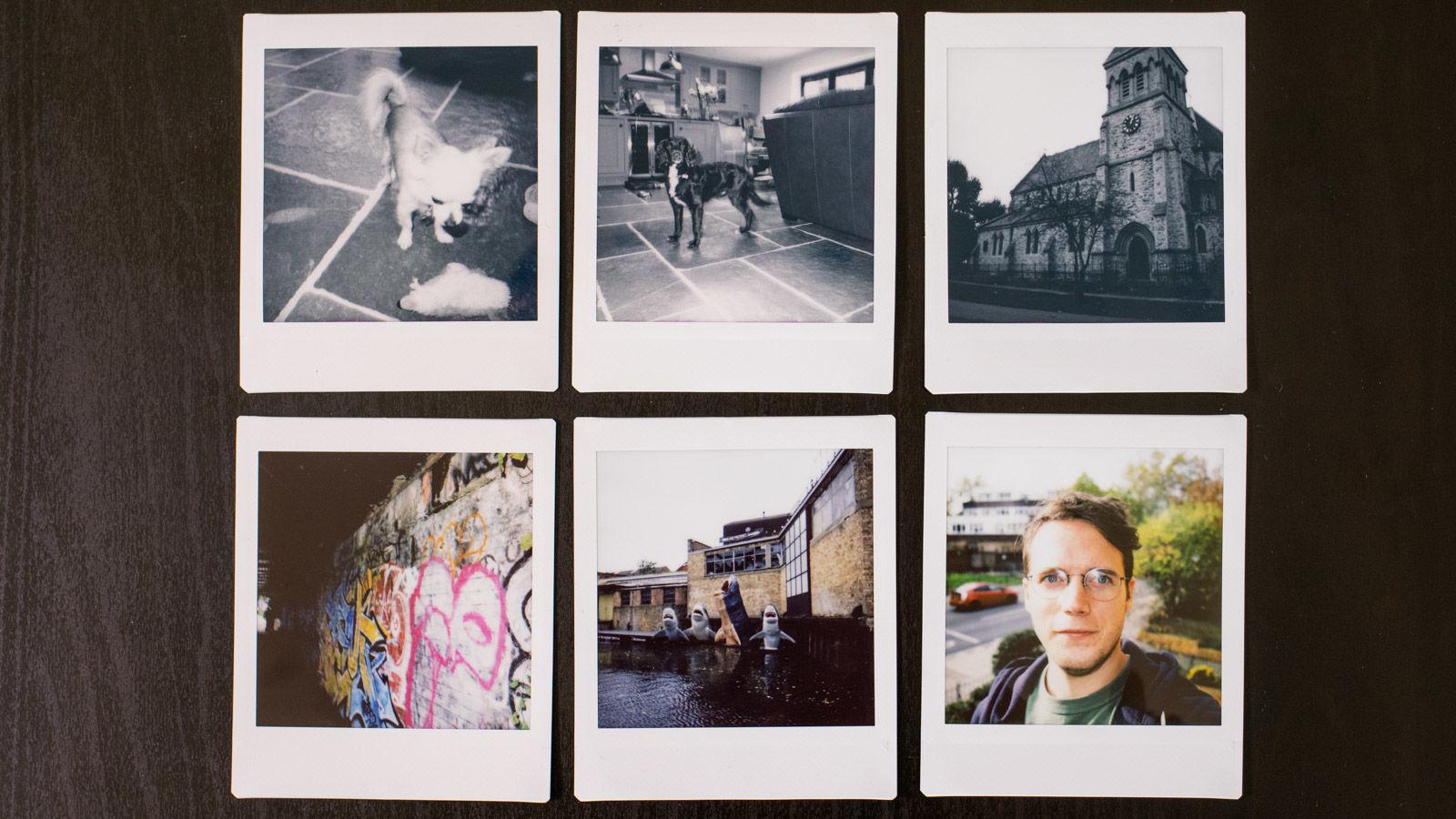 Still, there’s a bright, vivid quality to Instax shots that you won’t find with many rival devices, which makes prints feel punchy and modern despite the format.

As for battery, the SQ1 isn’t rechargeable, but includes a pair of CR2 batteries, which Fujifilm estimates should last for 300 shots. 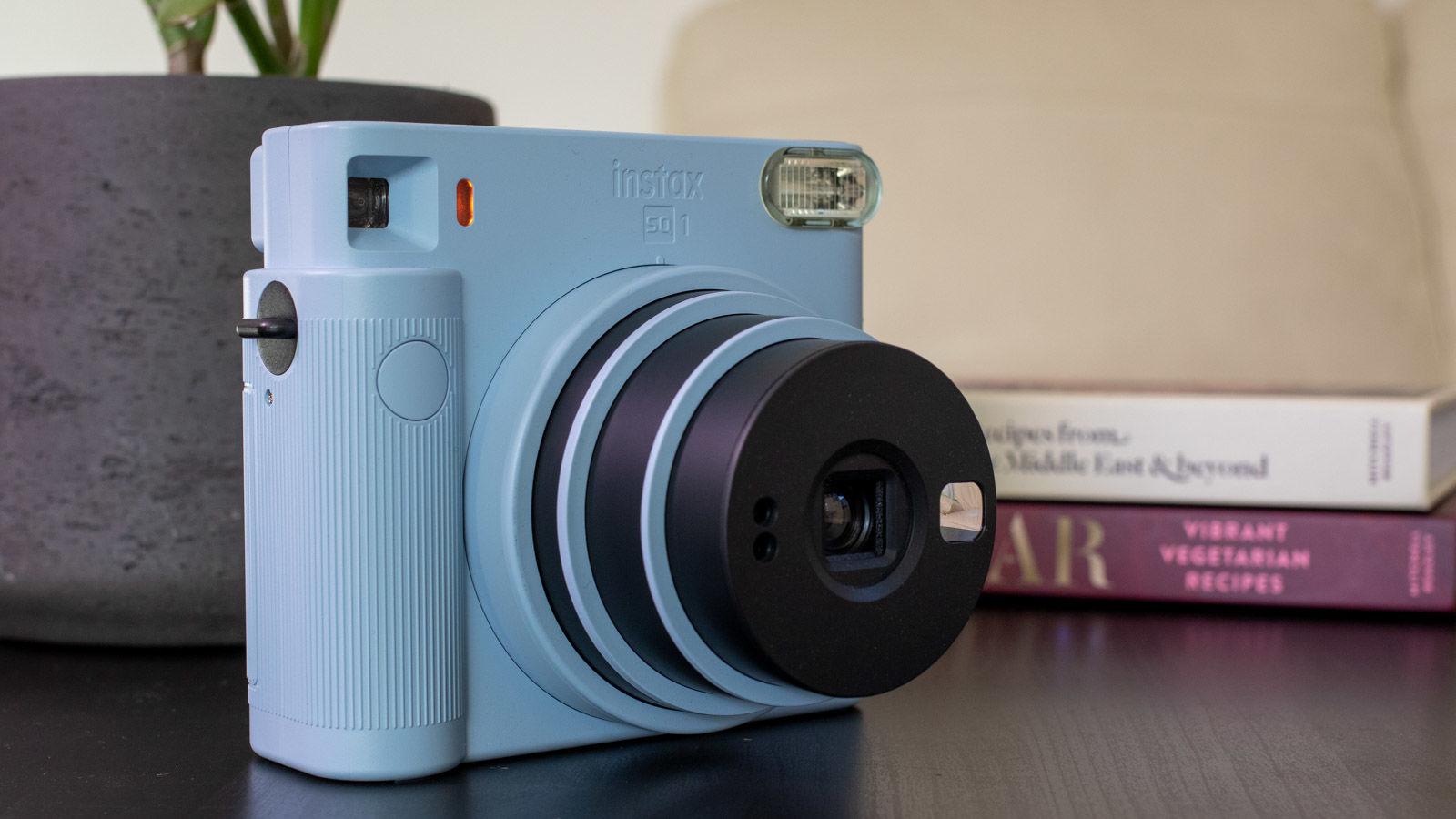 Sure, the SQ1 looks the part, and it’s great to see Instax go back to basics with a simple, accessible square shooter. But when Instax’s own older camera offers more features for less money, it’s hard to see this new model as anything other than bad value – and that’s before you even compare it to the other best instant cameras out there.

The Instax SQ1 is a simple, solid, square format Instax camera that would be an absolute winner at £99/$99.

As it is though, if you want to shoot square Instax film then you’re better off saving money with the SQ6 unless you’re either absolutely set on the SQ1’s pastel hues, or really don’t think you can handle more than one button at a time.