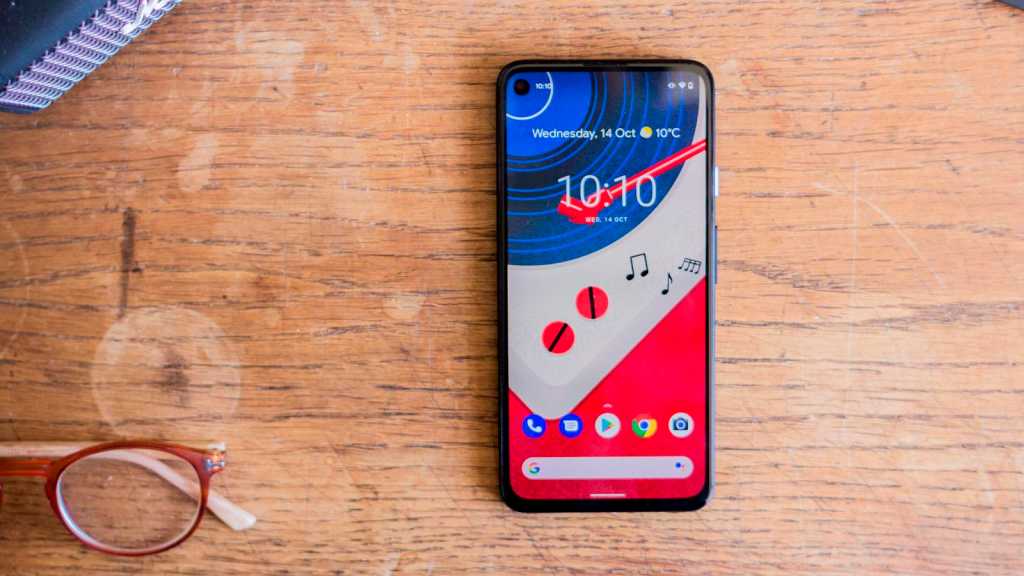 The Pixel 4a 5G has a lot more to offer than the regular 4a, especially for those looking for an XL Google phone. However, it has serious competition from cheaper rivals.

Google makes excellent cheap smartphones for the mid-range market but the Pixel 4a doesn’t support 5G. Well, anyone disappointed by that can now be satisfied with the aptly named Pixel 4a 5G.

However, there’s a lot more difference than just the mobile networks these phones support. This is far from the same phone with a 5G modem inside.

It’s understandable for Google to highlight the 5G element in the name, but it would perhaps have been a good idea to add ‘XL’ to this phone. It’s another solid effort from Google, especially if you want some of the Pixel 5 features at a cheaper price and with a bigger screen.

This review has been updated due to Google removing the 4a 5G from the official store. This is due to the launch of the Pixel 6 but you can still buy the 4a 5G from other retailers while stocks last.

In a nutshell, this is a bigger version of the Pixel 4a when is comes to design.

A 6.2in display is why it would have been a good idea to use the ‘XL’ branding that we’ve seen in the past. That’s 0.2in larger than the Pixel 3a XL and the Pixel 5.

Perhaps Google thought Pixel 4a XL 5G was too many characters but regardless, this is a pretty big phone. It doesn’t feel crazy thanks to relatively small bezels – although they are nothing special. There are certainly bigger phones out there.

I personally prefer the size of the 4a but for a bigger phone, this has a nice balance and feels comfortable to use. It’s smaller than the Pixel 3a XL and actually 1g lighter.

With a design matching the regular Pixel 4a, there’s no waterproofing here and the unibody case is made from polycarbonate. Google lists it as ‘soft-touch’ which isn’t listed for the regular 4a, but they feel identical to me.

Note that if you’re coming from an older Pixel device, the glass section at the top is gone and the camera module is a lot bigger. There’s a good reason for that on this phone which I’ll cover later.

The fingerprint scanner, as usual, sits on the back and doesn’t have too much of a concave shape but works very well.

Due to the constraints of 2020, the Pixel 4a 5G is only available in one colour – Just Black. It’s a shame but that’s the way it goes unless Google can add more to the range at a later date.

As I’ve mentioned, the larger screen is a key reason to get the Pixel 4a 5G. It’s the biggest of Google’s 2020 phones.

It keeps the same resolution as the Pixel 4a so the larger size means a drop in pixel density but not enough that it’s noticeable, so no need to worry about the difference on that front.

It’s still an OLED panel with HDR support offering excellent viewing angles, contrast and punchy colours. Exactly what you’d expect, and Google’s always-on display is one of the best on the market giving you the info you need at a glance.

The ‘Now Playing’ feature means phone even tells you what music is playing nearby so you don’t need to Shazam it.

It is worth noting that if you’re pondering between this phone and the Pixel 5, the 5’s display is a little smaller at 6in but importantly offers a 90Hz refresh rate for a smoother experience.

There are also quite a few cheaper phones with 90Hz or even higher refresh rates. I’ll mention a few in the price section below.

An unusual move sees the Pixel 4a 5G get the same cameras as the Pixel 5. Normally Google only provides the same main camera but here you also get the secondary ultrawide lens and this is why the module on the back is bigger than the 4a.

So, as well as the 12Mp we’re familiar with, you also get a 16Mp ultrawide with a 107 degree field of view. It’s not immediately obvious how to switch to this camera but it’s the ‘.6x’ option of zoom when in the main camera mode. There’s also a 2x option but there’s no telephoto here, it’s just digital zoom.

If you’re new to the Pixel phones, what Google does it provide top-notch photography without throwing excessive amounts of cameras at a phone. The ‘a’ devices normally only have one rear camera and Google does the rest with clever software.

That’s essentially still the case here but the ultrawide option is a welcome addition and, if you ask me, more useful than telephoto.

The Pixel 4a 5G is mostly point and shoot with the app keeping things fairly simple and messages will pop-up to give you hand when needed. Performance is excellent as we’ve come to expect from a Pixel and the phone can get decent results is basically any situation.

Just look at the spores of mould on the blackberry I quickly shot while keeping an eye on the dog at the park. Not a shot I took a while to perfect before hitting the shutter button.

Along with regular shots, portrait mode is up there with the best although can never be 100% accurate. A new feature is called Portrait Light which adds a virtual light which you can control after you’ve taken shots. Although, this would only appear for photos of people but wouldn’t pop up for shots of my dog.

Low light performance isn’t anything particularly special but Google has Night Sight for when it gets dark and now automatically switches to it when needed. As you can see in the gallery, it’s incredible what it can do.

Oh, and the front 8Mp camera ain’t half bad either.

While the phone can’t shoot video beyond 4K at 30fps, that should be enough for most people. Even shooting at Full HD is nicely crisp and the colours are vibrant. Importantly, the footage is fantastically smooth with a gimbal-like feel thanks to excellent optical image stabilisation.

When using the video mode, you can switch between different stablisation modes such as Locked, Active and Cinematic Pan. You can even switch it off, not that you’d want to.

The Pixel 4a 5G has 6GB of RAM and 128GB of storage – there are no other models to choose from. This matches the regular Pixel 4a but there’s another big difference between the two phones inside.

Google has given the phone the same processor as the Pixel 5 and that’s the popular Qualcomm Snapdragon 765G we’ve seen in so many phones this year. The LG Velvet and OnePlus Nord to name two.

That’s more of a shock in terms of the 5 than this phone but makes the Pixel 4a 5G one of the cheapest phones with this chipset – although not the cheapest as I’ll explore later – and the most affordable way of getting a 5G Pixel.

As we found with the Pixel 5, the benchmark figures are oddly low here with a similar result to the 730G-powered 4a in Geekbench 5 and lower framerates in GFXBench despite the same resolution.

This seems to be down to running the apps on Android 11 and might be something that Google fixes in an update. Fortunately, the real-world usage is perfectly smooth and I had no performance issues with the Pixel 4a 5G at all.

You can see our benchmarks below compared with other Pixels and rivals.

As well as specs being impressively similar to the Pixel 5, the 4a 5G has something the flagship doesn’t. A rarely spotted 3.5mm jack sits on top for those that still want the simple joy of plugging in headphones.

Other specs include the stuff you’d expect like GPS, NFC, Bluetooth. Of course, the obvious reason to buy it instead of the regular 4a is the addition of 5G – perhaps even if you don’t plan on switching to a 5G plan for a while.

There’s no wireless charging here so you’ll have to buy the Pixel 5 for that, but wired charging is 18W and can get the 4a 5G from 0 to 38% in 30 minutes. That’s nothing special with most phones going a lot faster and somehow the Pixel 5 managed 45%.

In the PCMark for Android battery benchmark, the 4a 5G lasted an almost identical amount to the Pixel 5 – a solid 12 hours and 35 minutes. This is a phone that can offer longevity for those looking for it.

I’m a very light user and I can get three days out of it without much trouble. Most users will comfortably get through a day and many will get a couple.

As you would expect, the Pixel 4a 5G sits between the other Pixels in price.

Note: Google has stopped selling the Pixel 4a 5G on the official store since the arrival of the Pixel 6 but you can buy it from retailers like John Lewis, Mobiles, Argos, Carphone Warehouse, EE and Vodafone while stocks last.

Check out our chart of the best mid-range phones to see what other competition the Pixel 4a 5G has. We also have a best 5G phone round-up if 5G is a specific requirement.

In a Google phone bubble, the Pixel 4a 5G is an excellent phone sitting neatly between the other options this year in price. Yet, it gets a lot of Pixel 5 features including the more powerful processor and ultrawide camera.

Pixel purists looking for an XL model have basically found it here and will only want to consider the flagship 5 if things like wireless charging and a 90Hz refresh rate display are enough to spend more.

However, compare the 4a 5G to the wider market and it suddenly looks like a bit of an oddball.

The OnePlus Nord is a five-star phone and only costs a little more than the regular Pixel 4a and there are a number of other cheaper phones with more impressive specs than the 4a 5G.

Not loyal to Google’s own-brand line? You might well be better off shopping elsewhere.