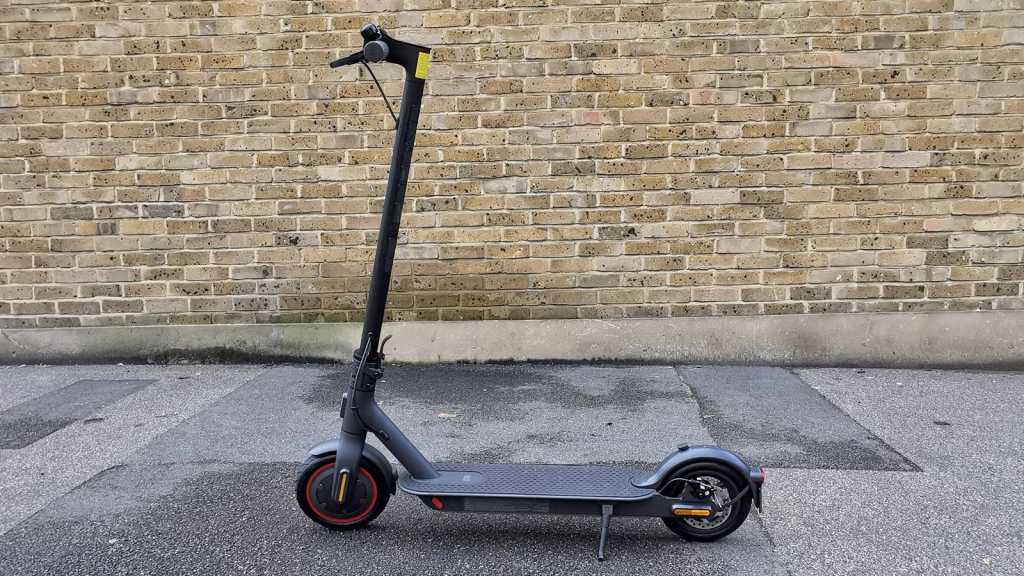 Only a few tweaks away from its predecessor, the Mi Scooter Pro 2 is nonetheless a great scooter with plenty of power on tap.

Xiaomi electric scooters are some of the most popular around, even if most buyers don’t know how to pronounce the brand’s name.

The Mi Scooter Pro 2 is an evolution of the original, which was – at the time I reviewed it – called the M365 Pro, but is now referred to at the Mi Electric Scooter Pro.

The Pro suffix means it has a more powerful motor and bigger capacity battery than the Mi Electric Scooter. It also has a more informative display and can climb steeper hills because of that extra grunt.

It does weigh more, which is inevitable, and at over 14kg it’s as heavy as a light electric bike.

Look at the specs and you’ll be hard-pressed to spot any differences between the Pro 2 and the original Pro: the top speed is the same at 15.5mph (25km/h), the wheels are the same at 8.5in, the range for both is up to 28 miles (45km), and the dimensions are identical.

The eagle-eyed will notice the front light is brighter at 2W (compared to 1W) but that’s really it. The other differences can’t be found on a spec sheet: a redesigned rear mudguard with space for a registration plate (a requirement in some countries such as Germany) and more reflective stickers.

Internally, there’s an improved KERS system which is more efficient than before (no figure is quoted though) and the tyres are more resistant to skids and punctures – up to three times more, apparently.

This all means that there’s minimal justification for the £100 price rise from £499 a year ago to £599 now, and that if you already own a Mi Scooter Pro, none of these are reasons to upgrade.

However, those number are RRPs, and you can find the Pro 2 cheaper if you hunt around online. Box.co.uk loaned us the scooter on review here and sells it for £539.

Assuming that you don’t own the previous model, the question is whether the Mi Scooter Pro 2 is a good purchase. Ultimately, it is.

Ignoring that higher price for a moment, the scooter itself offers loads of power for quickly getting up to speed and for those hills. Fortunately, I live in a relatively hilly part of London, and the Mi Scooter Pro 2 is more than capable of getting me up those hills without a problem.

Lower-powered models struggle on most of them, with speeds reducing to a crawl. In some cases the only way to get up them is to assist the motor with some manual scooting, but that’s simply not necessary with the Pro 2.

As with any scooter, it’s best on smooth surfaces as the small wheels don’t soak up any bumps and there’s no suspension either. Currently, you can use the Pro 2 only on private land in the UK, but the law is expected to change to catch up with the rest of the world within 18 months.

Build quality is great, and the Bluetooth connection with the Mi Home app works reliably. Xiaomi’s app is used for a multitude of its products, but once you’ve set up and account and added the Mi Electric Scooter Pro 2, it can function as if it’s designed exclusively for the scooter.

It’s cleanly designed and allows you to change quite a few settings, such as enabling cruise control (off by default) and choosing whether the rear light is always on or only flashes when braking. Usefully, you can also use it to select mph rather than km/h.

There’s a ‘lock’ mode which introduces rolling resistance as a deterrent to a thief (or a family member!), along with an annoying beeping noise and flashing lights.

You will need to use the app at least once to activate the scooter, otherwise it will beep at you and won’t work, but once that’s done, you can largely forget about it. There were a couple of firmware updates available which installed with no issues, but the app wasn’t forthcoming about exactly what the updates contained.

Talking of setup, assembly is simple: you only need to slot the handlebars into place and use the supplied Allen key to insert the four bolts which hold it in place.

In the UK you can buy the Xiaomi Mi Scooter Pro 2 from Box.co.uk where it costs £539.

The Mi Scooter Pro 2 is covered by a two-year warranty.

In the US, we couldn’t find it for sale from Amazon, but you can buy it from Chinese retailers such as Gearbest where it cost $699.99 at the time of review.

For alternatives, read our roundup of the best electric scooters.

Very similar to the original, but that old adage of “if it ain’t broke,  don’t fix it” applies here. A few tweaks here and there improve what was already a top-notch recipe.

The Pro 2 is heavier than many scooters, don’t forget, but if you need the power and range it is a great choice.