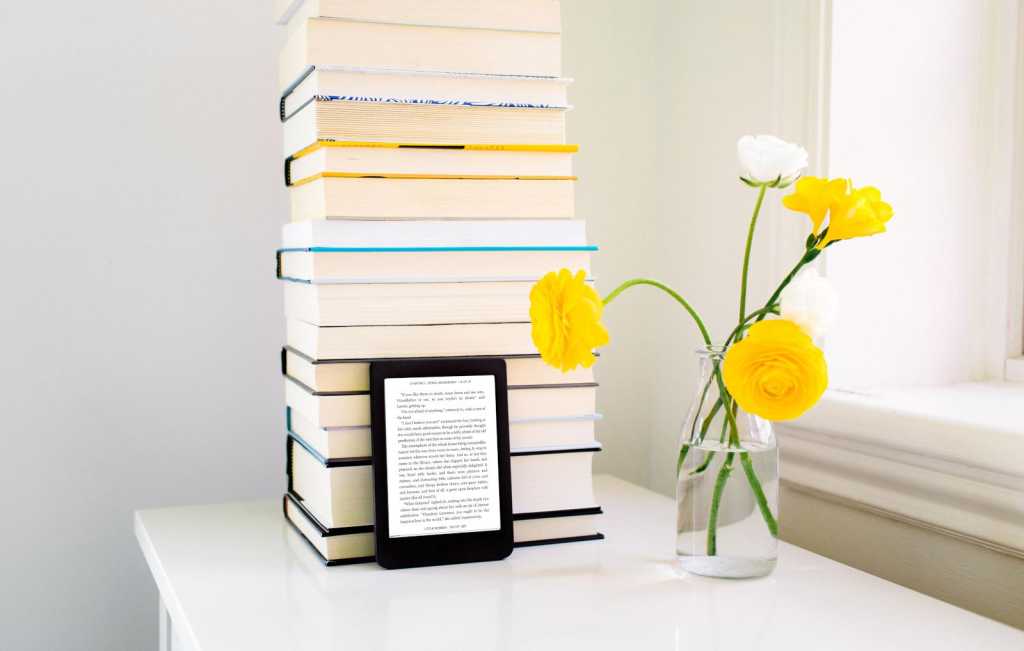 The Kobo Nia ditches water resistance and 300ppi screen in order to hit an appealing price. It’s a solid eReader and worthy challenger to the most basic Kindle.

Kobo calls the Nia its friendliest eReader yet, by which it presumably means cheapest. The first Kobo I’ve reviewed that costs less than £100/$100, this slots in at the bottom of the company’s range as its nearest rival to the basic Kindle.

This feels like a sensible move. Nearly all tech products are selected on the basis of price to some extent, but in the case of eReaders a budget design and features list is almost a virtue: chucked into suitcases, left in hotel rooms and used in perilous proximity to swimming pools and baths, they are almost uniquely prone to disaster. It’s wise to choose one you can afford to replace.

Our Kobo Nia review looks at its design, features and tech specs, and helps you decide if this is the eReader for you.

The Nia is a slim (9.2mm), lightweight (172g) and generally portable eReader that I found easy to hold in one hand.

(I like to read it with a thumb on the lefthand edge, index finger on the back, middle and ring fingers on the righthand edge and little finger supporting at the bottom. At 112mm wide the device is fine for such a grip if you have average-sized hands, but those with smaller appendages may have to find an alternative.)

Like all the Kobos I’ve tried the Nia has a pleasant, albeit budget-tinged, feel in the hand. It’s made of dull matt black plastic with a debossed pattern of irregularly sized circles on the back that helps to reduce slippage. The designers have also used that old iPad trick of adding a slight curve to the back so the edges are easier to pick up when it’s placed on a flat surface.

There’s only one hardware button – sleep/power, on the bottom edge – and a micro-USB charging port next to it. The lack of dedicated page-turn buttons means you’re entirely dependent on the touchscreen, which like most eReader displays isn’t lightning-quick; on the other hand this decision does save a bit of space and help keep the device’s size down.

At 6in this is at the lower end of the Kobo screen offerings, which go up to 7in on the Libra H20 and a glorious 8in on the Forma. It’s more standard for Amazon, which offers 6in on both the standard and Paperwhite versions of its Kindle and (if we leave aside the larger Fire tablets, which are a different matter) tops out at 7in on the Oasis.

As much as we love the Forma’s extra screen space, which makes for easier-to-read text, or more text per page jump, or a combination of the two, it’s easy to see why 6in is such a popular size. It’s a sensible compromise, enabling a still-respectable volume of words on the page while fitting into a more pocketable chassis (literally – the Nia fits in a trouser pocket without too much difficulty, although I do worry about what would happen if I sat down).

A less pleasing compromise is the screen’s sharpness, which at 212ppi (pixels per inch) is a comedown for the Kobo range; the firm’s other three currently available eReaders all offer 300ppi.

Looking at text on the (212ppi) Nia and (300ppi) Libra H20 side by side, you can definitely tell the difference. The capital H is fine, the lower-case i and l, but look closely at any letter with a curve or a diagonal and you immediately spy slight pixellation. This is never apparent on the Libra, no matter how much you screw up your eyes.

This is more of a comparative than an objective problem. Going from one to the other, I really started to appreciate the Libra’s smoothness, the illusion that I was looking at a glossy printed page; but the Nia never feels unpleasant to the eye.

It’s worth pointing out, too, that its nearest rival, the basic Kindle, compromises still more, offering a pixel density of just 167ppi. (All other Kindles are 300ppi.)

Another difference between the Nia’s screen and that of the costlier 300ppi Kobo models is the loss of ComfortLight PRO, a feature which lets you adjust the colour temperature or have it adjust automatically to account for day/night conditions. The Nia offers plain ComfortLight, which only lets you adjust brightness, and looks distinctly blue next to a Libra H20 in full evening regalia. We’re not sleep experts and can’t really comment on the medical benefits of yellower screens before bed, and maybe it’s a placebo effect, but the Libra certainly feels more restful to use in the evening.

While we’re talking screens, and as I mentioned above, the Nia’s touchscreen is not especially responsive. Sometimes you have to press fairly heavily to bring up the options menu, for example, and tapping to turn the page brings a delay of perhaps half a second before the device obeys.

I got used to this, and would say it’s fairly typical for an eReader, and particularly for an eReader at this price, but you may find it frustrating.

It’s likely, in fact, that the Nia’s mild sluggishness is a memory rather than a screen-tech issue, because it’s much worse when turning the page to a particularly large new chapter (The Mirror and the Light‘s second chapter, which is well over 100 pages long). At this point, evidently having to load the new section in a mass, the Nia took more like 4 seconds to do its thing and I wasn’t sure if something had gone wrong. There was no such issue when I repeated the test with a book that had shorter chapters.

A potentially deal-breaking aspect of the Kobo’s offering is its associated Kobo Store, from where you are likely to get most of your books. We’ve looked at the qualities and weaknesses of this store, and how they compare to Amazon’s equivalent, in more detail in our Kindle Store vs Kobo Store article, but there are two key takeaways: the Kobo Store is just as good for book availability, but it’s not as good as presenting and recommending them to casual browsers. If you know the books you want, you’re fine; if you don’t, the store is not going to be super-helpful.

The official store, however, is not the only option. As usual for a Kobo, for example, the Nia supports the OverDrive library-lending service. This is a nice option in theory, enabling you to ‘borrow’ eBooks for free, but my own experience with OverDrive is underwhelming; libraries near me had very few appealing eBooks on offer.

A final and more practical alternative is the device’s support for the ePub file format, which means you’ll be able to load public-domain works from Project Gutenberg and similar services on to the Nia very easily. (Kindles, perhaps understandably given their maker’s bookselling history, don’t support ePub natively. It’s fairly straightforward to convert ePubs into a supported format before loading, but it is an extra step.)

This is Kobo’s most budget-focused eReader and it’s therefore unsurprising that the Nia features few of the top-line specs and features available on higher-end models. We’ve already discussed its lower screen pixel density and lack of screen temperature control; the two other areas where it’s noticeably basic are battery and water resistance.

The maker makes the ultra-vague claim that you will enjoy “weeks of battery life” with the Nia, same as it does for all four current Kobo models. But the weeks are likely to be fewer in number, as its battery has a capacity of just 1000mAh, compared to 1200mAh on the Forma and Libra and 1500mAh on the (only slightly costlier) Clara HD.

Admittedly the lower-res screen means fewer pixels are being powered, so perhaps the difference will not be much. And battery life wasn’t a worry in our testing.

As for water resistance… well, Kobo doesn’t make any claims in that department at all, so try to keep it away from liquids. Kobo offers an IP68 rating only on its more expensive Libra and Forma models, much as Amazon keeps it for the Paperwhite and Oasis. The standard Kindle doesn’t offer water resistance.

The Nia isn’t quite able to match the 10th-gen Kindle‘s headline price tag, which goes as low as £69.99/$89.99 if you’re willing to stomach sponsored screensavers.

You can buy it from Kobo, Currys or Amazon.

For broader buying advice, turn to our Best eReaders chart.

This is a solid eReader at an appealing price. But when deciding if it’s the right model for you, there are two separate decisions to consider: should you be spending more on a better-equipped alternative (very likely Kobo’s own Libra H20, or an Amazon Paperwhite); or should you be spending roughly the same on a basic Amazon Kindle?

You’re making quite a lot of compromises to hit this price tag. If you could stretch to the Libra’s £149.99/$169.99 – and we appreciate that’s not far off twice the price – you’ll get a bigger, noticeably sharper and temperature-adjustable screen, dedicated page-turn buttons and excellent water resistance. Do you need all those things? Perhaps not at that price.

Going for the basic Kindle, meanwhile, does give you access to the better-curated Kindle Store, but its screen is less sharp again and you get half the storage. Remember, too, that you can get book recommendations elsewhere and search for eBooks directly; Kobo has an excellent range, even if it’s not good at showing this.

For us, and for anyone who plans to regularly read close to water (particularly while sipping cocktails), the Libra feels like a better pick, since you only need to lose one of these to the ocean for the price advantage to be wiped out. But we understand that many potential buyers are looking for the lowest price, and in that market this is a worthy challenger to the basic Kindle.