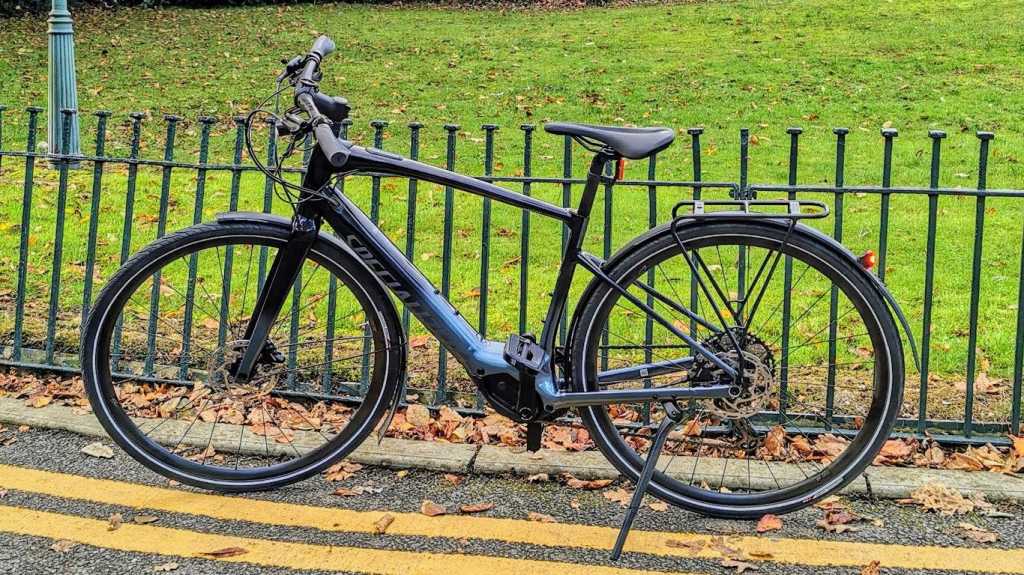 An electric bike that doesn’t look like one, and is a joy to ride.

Specialized has been making electric bikes longer than most manufacturers and has a fairly bewildering range once you start poring over the various models within each range. The Turbo Vado SL 5.0 EQ, to give this particular bike its full name, is one seemingly designed for those who definitely don’t want an electric bike.

Allow me to explain. Instead of displays, apps and visible batteries, you can jump on the Vado SL and ride exactly as you would a traditional bike. It has 12 gears (10 on the 4.0), hydraulic disc brakes and – if you pick the EQ model – mudguards, a kickstand and a rear carrier.

The non-EQ model weighs just under 15kg (the SL stands for super-light), which makes it feel little different from a standard bike, and it’s certainly something most people can carry up a flight of steps.

And since the motor is mounted by the crank, rather than in the front or rear wheel hub, you can remove a wheel to fix a puncture, or make the bike smaller for transport, just like a regular bike. Virtually all the wires are routed internally, so it’s a lot neater than some electric bikes. 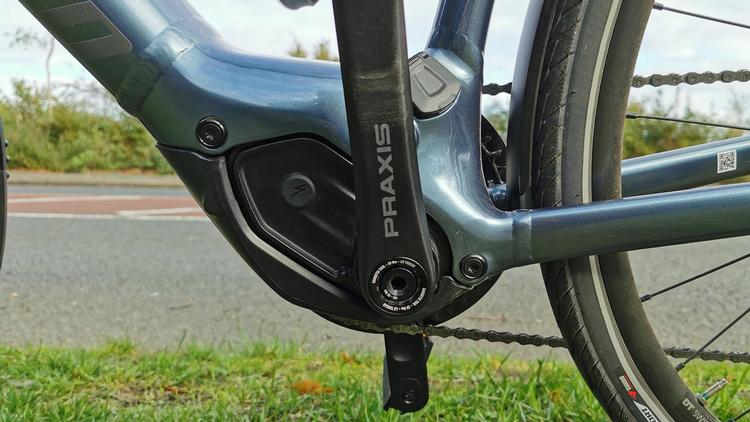 Being electric, though, the Turbo Vado SL offers the benefits of motor assistance which you may well decide to use all the time. There are three preset levels: Eco, Sport and Turbo and you can configure how much assistance the motor will give you in each mode using the Mission Control app (yes, there is an app, but you don’t have to use it beyond initial setup). 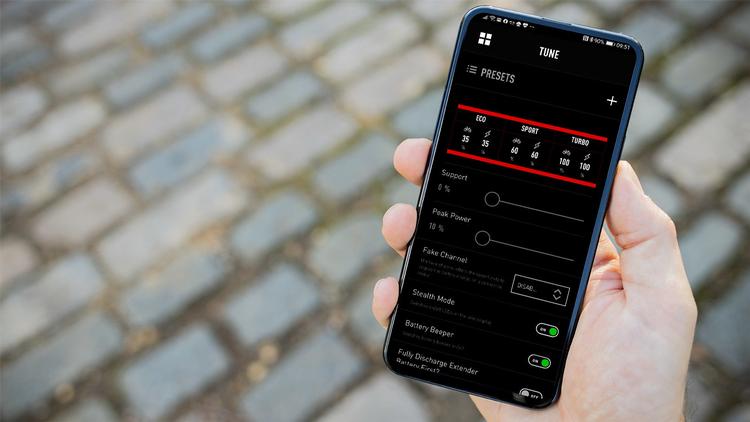 You toggle between these using the handlebar-mounted buttons + and – buttons, and there’s a Turbo button which enables Turbo mode directly. A walk-assist button helps you push the bike up slopes, but there’s no throttle or VanMoof-style ‘Boost’ button to get the Vado up to its top assisted speed of 15.5mph. 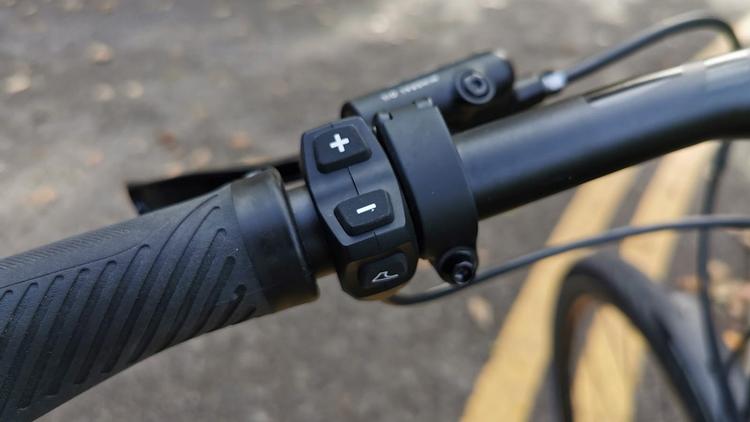 In most situations that’s no issue at all since the 240W motor, running at 100% power, gets you up to that speed with minimal effort. You just have to remember to select a low gear before coming to a stop, otherwise your legs have to put in more power to get the bike moving.

Despite this being peak power, and with only 35Nm of torque, it doesn’t feel much less powerful than bike with twice that amount. The only time you’ll want for more is when cycling up long, steep hills – especially if you’re a heavier rider.

On my standard test route, the Vado SL 5.0 had no problems getting me to the top of my biggest local hill but did so at a much slower pace than, say, the VanMoof S3. And I weigh only 65kg. 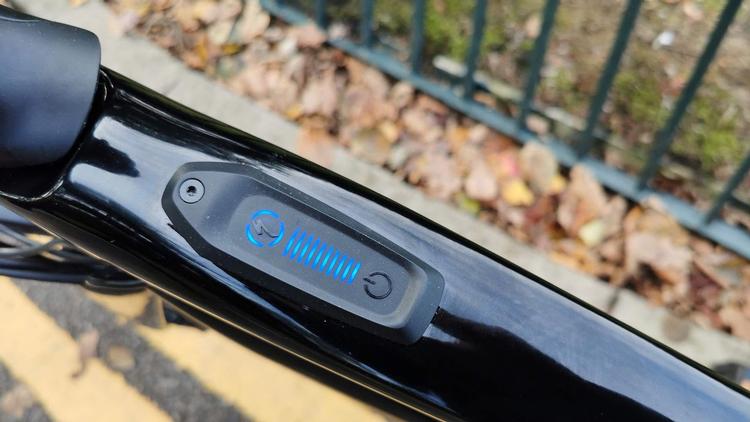 In many ways this slower pace is by design: the SL 1.1 motor (custom-designed by Specialized) is lightweight, as is the 320Wh battery that’s concealed in the down tube. The specs would suggest that’s not going to offer satisfactory range, but the lower weight means you can get up to 80 miles out of the system – albeit in ideal conditions and in Eco mode.

If you need more range, you can plug an 160Wh range extender battery into the ‘toilet seat’ charging port (which is how Specialized affectionately refers to the flap). 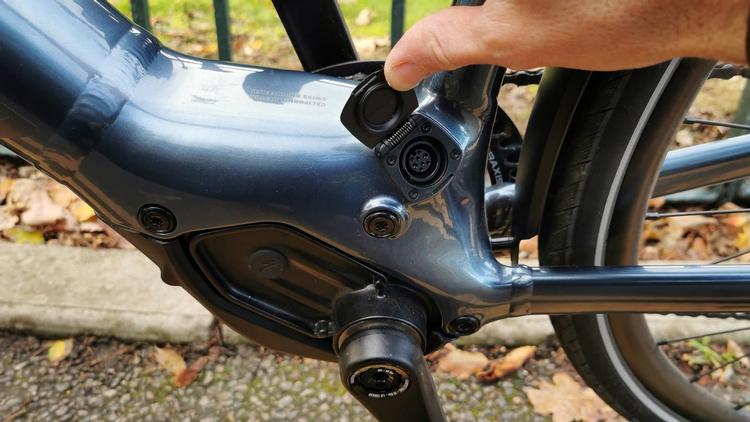 This brings us to the niggle with the Turbo Vado SL: the battery isn’t removable, so you’ll have to bring the bike near to a mains socket. Specialized says it’s not a problem to keep the bike in a cold shed, so long as you keep the battery topped up to between 50 and 70%.

Of course, it means no-one can steal the battery either, but it’s worth noting that unlike some rivals, the Turbo Vado SL doesn’t have any kind of GPS or Bluetooth tracking system. Insurance and a couple of top-quality bike locks are essential if you’re going to leave the bike anywhere in public.

As you’d expect for the price, the components and build quality are excellent. There are only a couple of noticeable welds (at each end of the down tube) and the gradient paint finishes look great.

The stopping power of the Tektro hydraulic brakes is extremely reassuring, and the Shimano shifter and derallieur combine to make for slick gear changes.

There’s a handy quad-lock (TCD) mount on the stem which you could use for a Garmin, or simply to mount your phone once you’ve put it in a suitable quad-lock case. You might want to do the latter for navigation, or to view the dashboard within the Mission Control app. 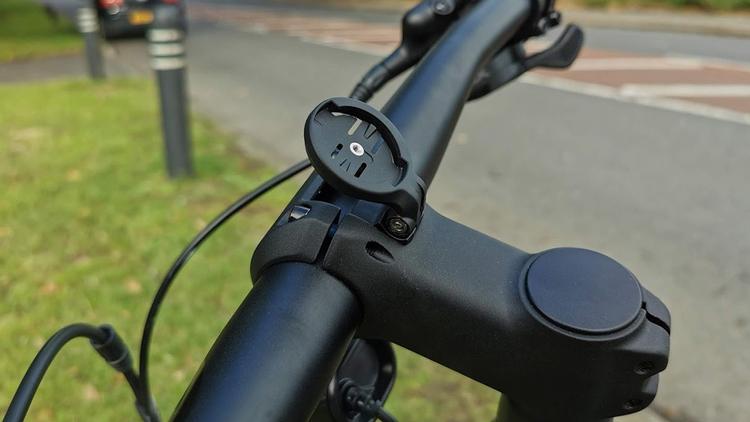 Some Turbo Vado models use the mount for a display.

Though I’ve already talked about the motor, it’s worth going into more detail about what it’s like to ride. Unlike lesser systems which use a cadence sensor instead of torque and, presumably, an inferior controller, Specialized’s is sublime.

There’s no jerk when you begin to pedal, and no fear that the bike is going to throw you off when performing tight low-speed turns. The motor itself is extremely quiet and is only audible when under load (such as a standing start in Turbo mode, or when climbing a steep hill).

Although there’s a little resistance when rotating the crank backwards, you can’t feel it when riding the Vado SL under your own power: there’s no penalty for turning off the power.

If you want the range extender battery, that costs a whopping £320/$450 from Specialized.

You can buy a 2021 Turbo Vado SL from Evans Cycles in the UK, and find a retailer near you in the US on Specialized’s website.

There are other differences, including better-spec Shimano and Tektro kit and a 12-speed cassette on the 5.0. But the motor and battery are the same across the range. 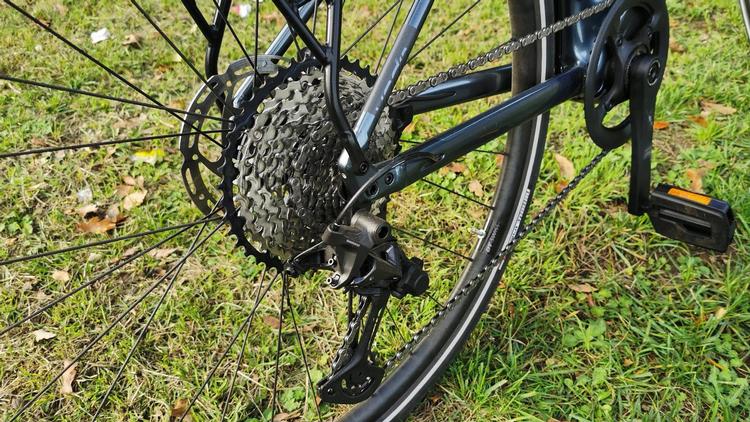 There’s a choice of four frame sizes suiting those from about 5ft (153cm) up to 6ft5 (195cm), but colour options vary from model to model.

If you’re thinking that the 2021 Turbo Vado SL is on the expensive side, there’s no doubt that it is. But it’s the same difference if you compared a Kia to a Mercedes: you can buy the cheaper car or you can opt for luxury.

The only part of the Vado SL that can’t be described as luxury is the hard, unforgiving saddle, but that’s easily replaced.

If even the Vado SL 4.0 is out of your price range, check out alternatives in our roundup of the best electric bikes.

Ultimately, this is a top-notch electric bike which should appeal to anyone who wants to ride on the road for leisure or to commute (the whole way) to work. As it doesn’t fold, it’s not ideal for taking on public transport.