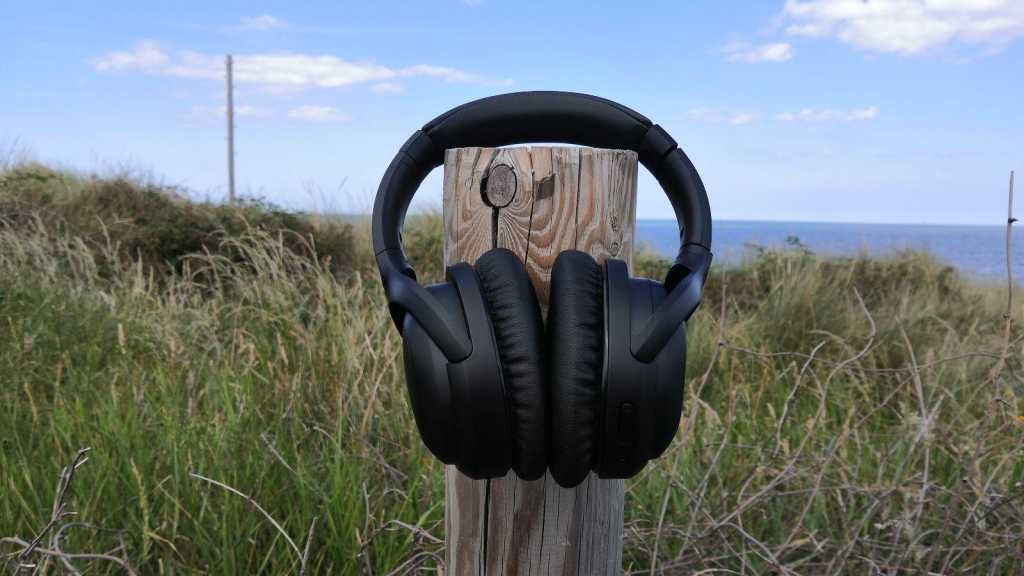 The PuroPro headphones’ excellent sound quality and comfort makes them a great pair of cans, and knowing your hearing is protected at the same time only sweetens the deal.

Puro Sound Labs isn’t a household name in the world of headphones just yet. Indeed, on the company’s own website it’s described as a “small family run business”. The prospect of competing with the likes of Sony, Bose and even Apple in the competitive personal audio market is an intimidating prospect, but Puro is going about things its own way.

The PuroPro look like standard wireless headphones with ANC, but they have a unique selling point – volume limiting technology.

In order to protect your long-term hearing, these cans max out at 85dB by default. There is an option to bump this up to 95dB, but that’s only recommended for up to 50 minutes of listening time. But do you really need headphones that moderate the volume for you, and how well does the rest of the experience stand up to the competition? Read our full review to find out.

The PuroPro headphones have a sleek, minimalist design that’s almost completely free of branding. The black model I tested is the only colour option available, but I’m a big fan of how these cans look and feel.

My head is on the large side, so I often struggle with over-ear headphones digging in around the crown, but the soft padding here meant that wasn’t an issue. The adjustable strap also has a handy numerical scale, so I was able to set it to 20 each time and know I was getting a good fit.

The cups themselves are among the most comfortable I’ve tried, and before long I forgot I was even wearing. The letters ‘L’ and ‘R’ are emblazoned on the insides, leaving you in no doubt about which way round to use them.

The headphones felt very secure when sitting down or walking, although wobble considerably while running so I wouldn’t recommend them for working out. There’s also no sweat-proofing, so these are a better option for work or travelling instead. 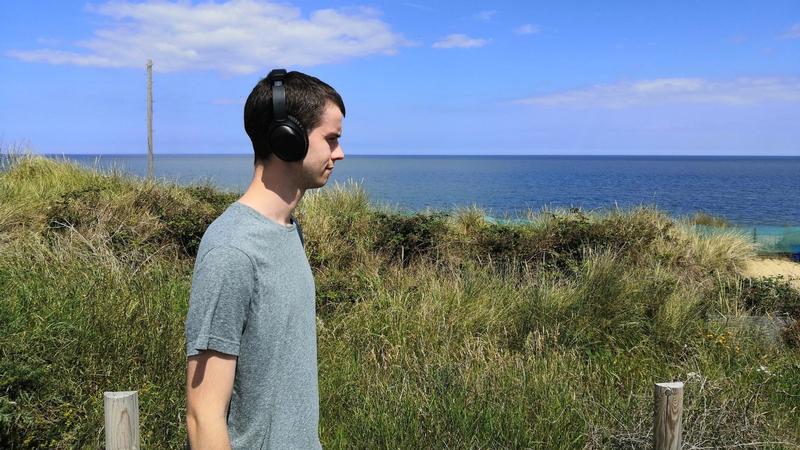 Additionally, the headphones go into pairing mode and give you an idea of how much battery you have left (high/low) each time you turn them on. Touch controls would have suited the minimalist design, but perhaps that’s something for future releases.

Disappointingly, the PuroPro headphones charge via micro-USB and not industry-standard USB-C, although I didn’t find myself having to plug them in very often. While they’re intended to be used wirelessly, there is also a 3.5mm headphone jack for wired connections. 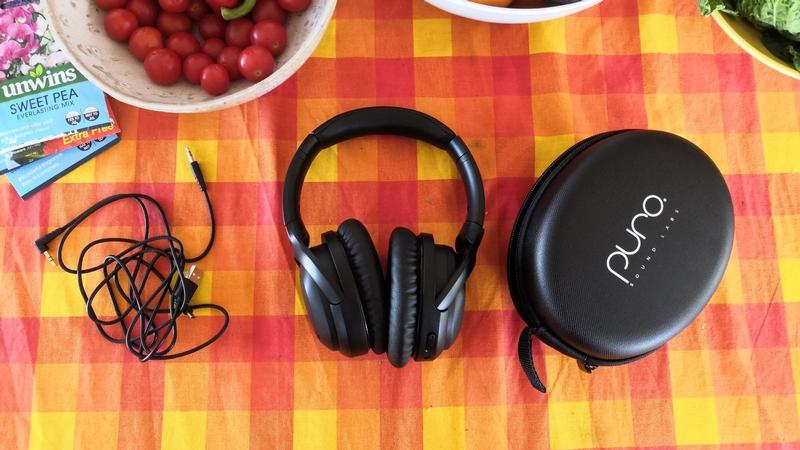 The headphones fold down into a relatively compact hard-shell case, which in turn came within an attractive wooden box. Top marks for sustainability here, and the box has a variety of other potential uses.

Before talking about how good these headphones sound, let’s focus on their key feature. 85dB is the maximum volume that the WHO and other trusted organisations around the world recommend in order to prevent permanent hearing damage. This is thought to allow up to 8 hours of safe listening time, while jumping up to 95dB means that plummets to just 50 minutes.

Puro Sound Labs has been producing volume limiting headphones for children for a few years, but PuroPro are the first cans designed for adults. Their maximum volume is set to 85dB by default, although you can hold down the middle of the volume button for a few seconds to bump it up to 95dB.

It did feel pretty thrilling to hear the big jump in volume, but it’s worth saying that 95dB will be too loud for most people. They key question here is whether you can trust yourself to keep the volume at a safe level, particularly with some headphones maxing out at more than 100dB. For me, knowing that I could listen for hours and not damage my hearing was extremely reassuring.

Puro says that the 40mm drivers on the headphones provide ‘studio grade audio quality’. While I can’t comment on that specific claim, I will say that I was extremely impressed by the sound quality they produced. 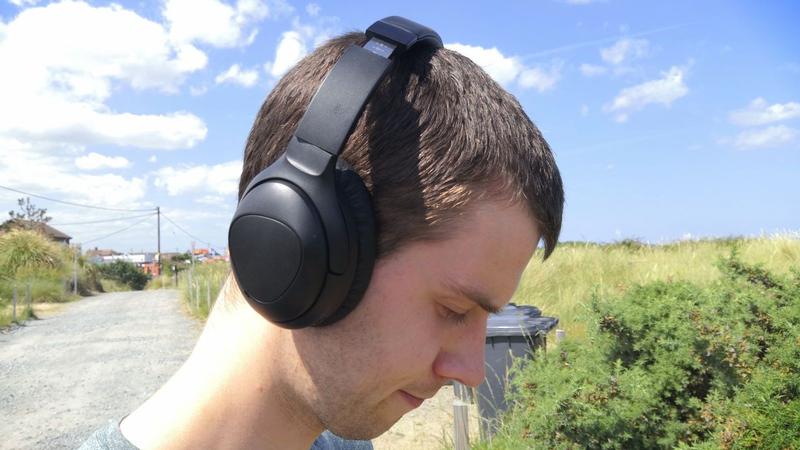 In order to effectively test them, I used Amazon Music’s ‘Ultra HD’ service. 5 million songs on the platform are available at a bitrate of up to 3730 Kbps, while Amazon’s full library of 60 million+ songs is available at something close to 850 Kbps.

The atmospheric intro of ‘Blinding Lights’ by The Weeknd sounded incredible, and the consistent heavy beats throughout the song sounded just as good.

Despite being an extremely different style, listening to Tones and I’s ‘Dance Monkey’ was also extremely enjoyable experience. The more electronic style backing really worked to the headphones’ advantage.

However, on songs with less background production, it’s not quite as impressive. ‘Aint No Sunshine’ doesn’t sound bad per se, but Bill Withers’ vocals aren’t captured as accurately as I was hoping. It’s not as simple as modern songs sounding great and older classics being underwhelming though.

Prince’s Sign O’ The Times was remastered in 2020 and I couldn’t help but groove along to the bass guitar riff in the background. The headphones were able to make listening to this song feel like an experience, which is impressive on cans at this price point. The same can be said of ‘Is this Love’ by Bob Marley, and I was able to pick out details in the song that weren’t clear when using other cans.

Conversely, Bruno Mars’ Grenade sounded a bit muddy, the combination of backing sounds not quite coming through an effectively as I’ve heard on other audio devices.

Vocals are impressive across the board, offering excellent clarity and rich audio. Of course, this is dependent on the microphone that people are using to record it, but the podcasts that made the cut on Amazon Music certainly sounded excellent.

There are five microphones in total on the PuroPro headphones, although four of these are used for the active noise cancellation. This has two modes, which you can cycle between by pressing a button on the right earcup – ‘ANC 1’ provides a ‘deep’ noise reduction of 32dB, while ‘ANC 2’ is said to offer a more ‘general’ noise reduction of 22dB.

I preferred the latter, although I tended to use the headphones in situations where I didn’t want to block out absolutely all the background noise. The highest setting is pretty effective at this, but still falls some way short of the experience you’ll find on flagship headphones such as the Sony WH-1000XM4s. You’ll pay a lot more for the privilege, though.

Having just a single microphone for audio input means the quality suffers, and can sound a little muddy or distorted in situations with background noise. It’s fine for calls, but I’d recommend looking at alternatives or getting a separate mic for anything more serious. Of course, this can be improved by using the cable in the box to create a wired connection.

I used the Puro Pro headphones both wired and wirelessly when recording Fast Charge, Tech Advisor’s weekly video podcast. First up, here’s what they sounded like when connecting via Bluetooth:

For comparison, here’s what the wired connection was like:

While it’s easy to criticise some areas of the PuroPro’s performance, we have to remember that the fundamentals of sound quality are truly excellent.

On its website, Puro claims that the 750mAh battery in the PuroPro will get you 28 hours of playtime with ANC on, and 32 with it turned off. That’s more than you can expect from most headphones at this price point, and will ensure you can listen for multiple days without worrying about them running out of juice.

You’ll know when you need to charge them, too – the PuroPro headphones tell you whether battery is ‘high’, ‘middle’ or ‘low’ each time you turn them on. Unfortunately, you’ll have to make do with the micro USB port, but I wasn’t waiting long before the headphones were ready for another listening session. 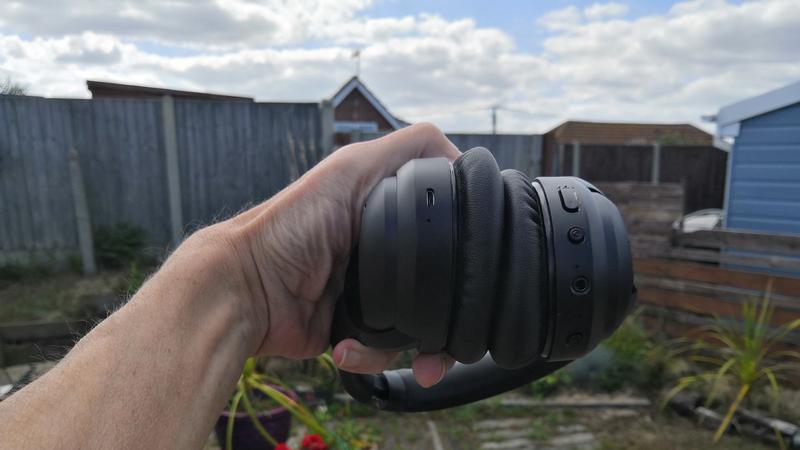 The PuroPro headphones are available direct from Puro Sound Labs for $199.99 in the US. However, in the UK we’d recommend heading to Amazon, where they’re currently on sale for £189.99.

That undercuts many of the entries in our best noise cancelling headphones chart, coming in at under half the price of the likes of the Bose QC 35 II and Sony WH-1000MX4.

While there is a noticeable performance gap to those flagship cans, I really don’t think you’ll be disappointed if you pick up the PuroPro.

Volume limiting technology aside, the PuroPro are a very accomplished pair of noise cancelling wireless headphones.

Their sleek, minimalist design exudes class, while the soft padded earcups and headband means I could comfortably listen for hours on end. That’s something I was tempted to do, with these cans offering truly excellent sound quality across multiple genres of music and vocals. The ANC itself isn’t perfect, and the physical controls can be a bit clunky, but there’s really not much to dislike here.

Being limited to 85dB sounds frustrating on paper, but in reality that’s plenty loud enough for most people. There’s plenty of science to suggest that’s a healthy upper limit, and you can still bump things up to 95dB if you want some extra oomph.

Check out How we test: Audio for more information on what goes into one of our reviews.