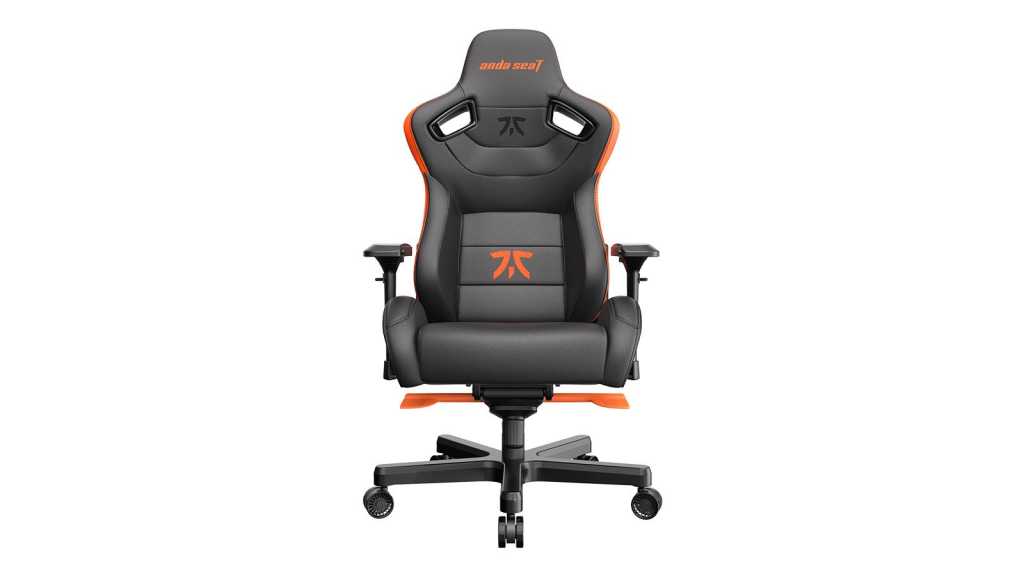 The AndaSeat Fnatic Edition is a premium gaming chair that’s well built, sturdy, and attractive – so long as you’re a fan of the Fnatic branding.

Fnatic is a giant of the esports world, and these days you can get the team’s logo on just about every gaming peripheral you can think of – so it was really only a matter of time before an official Fnatic gaming chair came along, in this case courtesy of AndaSeat.

AndaSeat may not have the brand recognition of Secretlab in the gaming space, but the company has pedigree making racing seats for the likes of BMW and Mercedes, so its engineers should know their way around a chair or two. It’s also the “exclusive chair sponsor” of China’s national football and volleyball teams, so take that Secretlab.

The AndaSeat Fnatic Edition is a premium gaming chair that boasts PVC leather, high density moulding foam for the body, and enough tilt and armrest adjustability to finetune the whole experience to suit however you sit.

Naturally it also comes coated in the branding of not just Fnatic, but AndaSeat as well, so you’ll have to get used to that. Luckily the two companies use similar black and orange colours, so the pairing is less obnoxious than you might worry – and in fact this is at the restrained end of the gaming chair spectrum.

Orange accents run along the side of the main frame, along with the adjustment levers below the chair, the AndaSeat logos on either side of the headrest, and a small Fnatic logo right in the bucket. The biggest Fnatic logo is on the rear of the chair, but is actually simply stitched in black for a refreshingly subtle touch – it means that from behind the Fnatic Edition could almost be mistaken for an over-sized office chair rather than a full-on gamer throne.

It is over-sized though. This is what AndaSeat calls an XL chair, and it’s a real chonker. It’s good for anyone up to 6’10”, and weights up to 440lbs/220kg, so my 5’10”, 80kg self felt a little under-sized by comparison. If you were much shorter or lighter than me I’d suggest looking for smaller options, and the same applies if you’ve got a cramped space to try and squeeze it into.

The body of the chair is coated in PVC leather, which AndaSeat says is the same material it uses for its professional racing car chairs. Regardless, it looks and feels comfortable and premium, plus of course leather is easy to wipe clean – though a solid black leather chair can get exactly as hot as you’d expect it to.

Underneath that leather is 65kg/m3 cold-cured foam over a steel frame. That’s fairly high density, meaning the chair feels sturdy and rigid. That might not sound super comfortable, but essentially is strikes the balance between just enough give to let you sink into it a bit, and enough rigidity to support your back and body.

It helps that it’s extremely adjustable. The arm rests are described as ‘4D adjustable’, which is really just a sci-fi way of saying that you can move them up and down, side to side, forwards and backwards, or tilt them in or out. Note that they’re not padded at all though, and are simply finished in rigid plastic.

It also comes with two removable and adjustable cushions: one for the lower back and one for the neck. I found the neck cushion too large to be comfortable, but stuck with the lumbar support pillow, though of course this will vary from person to person.

The chair itself can tilt from 90 degrees (i.e. upright) back to a genuinely alarming 160 degrees (i.e. oh-god-this-is-how-I-die), and you can lock it into five different positions along the way. You can also toggle between a fixed position, or a mode that lets you tilt back freely up to a certain point, if you prefer the freedom to lean back every now and then.

I can’t say that I’ve actively tried to break the Fnatic Edition, but still – after a month or two of use there’s no sign of any wear or tear, and it feels as comfortable and sturdy as it ever was, so I’m not worried about longevity. I’ve also felt the benefits of the back support, and it feels like a definite step up from the ergonomic office chair I used to use all day.

AndaSeat also offers a lifetime warranty on the steel frame, so you’ll always be covered if that breaks – though it sounds like that warranty won’t cover frailer elements like the leather finish or plastic castors.

At £399/$449 there’s no getting around the fact that the AndaSeat Fnatic Edition is expensive, even for a gaming chair. In fact it’s the most expensive chair the company makes, though if that doesn’t put you off you can buy it from AndaSeat directly, or from Amazon.

It’s also more than the Secretlab Titan, currently our top recommended gaming chair, despite offering similar specs. The Fnatic Edition can support taller and heavier players though, so you might still have reason to opt for this model if you’re taller than 6’6” – or just want to show that you’re a Fnatic fanatic.

The AndaSeat Fnatic Edition is a premium gaming chair that’s well built, sturdy, and attractive – so long as you’re a fan of the Fnatic branding.

It’s not the best value gaming chair out there, but it isn’t trying to be. Just remember that it’s only available in XL, which is both a blessing and a curse – short kings and queens will be better off elsewhere.