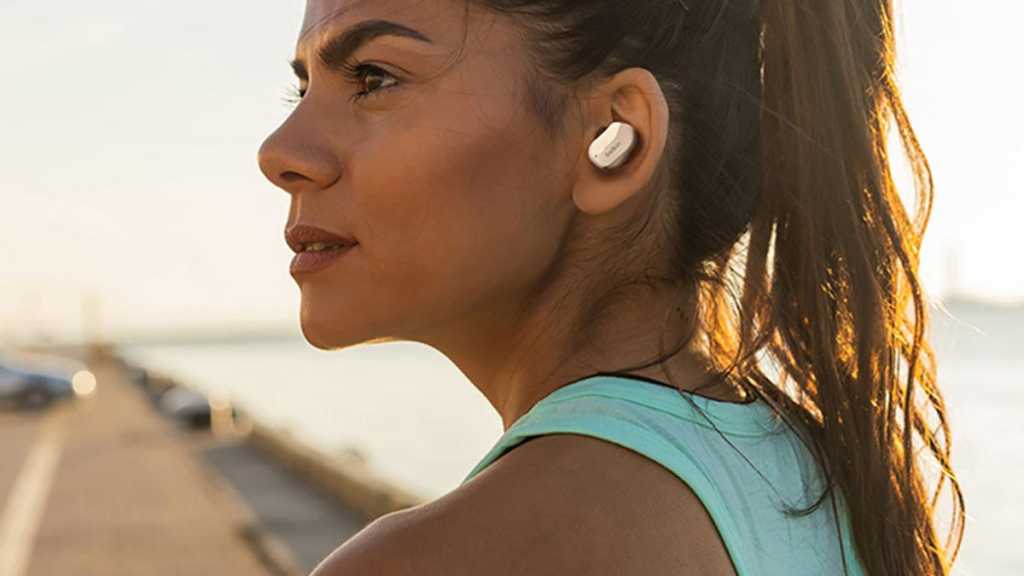 Apple’s AirPods have been a sensation, but they remain expensive and are getting a bit long in the tooth, as well as long in the ear.

There are plenty of cheaper AirPod alternatives (see our roundup of the best budget wireless earbuds), and the latest is from an unexpected source.

Belkin is well known for its respected networking and charging accessories but has started to play in the smart audio market.

While it may not have a long legacy in audio, you can trust the brand to put out high-quality products – which you might not always find with many cheaper earbuds from unknown rivals, typically from China.

The audio quality of the Belkin earbuds is impressive, particularly at this price point.

The bass is strong enough and the dynamic range, while more limited than pricier earbuds, is just fine. They might not excite a true audiophile but the sound quality is bright and bassy enough for most tastes.

I tested these earbuds with a range of music styles and with audiobooks too, and have no problem recommending them for more than acceptable sound quality at a reasonable price.

When it came to taking calls using them I did find the sound faint (as did the person on the other end of the end). This is probably due to the lack of noise cancelling, but they don’t sound as good on phone calls as the non-Pro AirPods even though their passive sound isolation is better.

The noise isolation works well enough, although this has a downside as it means you can hear my footsteps quite loudly while walking.

If you are looking for active noise cancellation (ANC) on a budget, we recommend the Huawei Freebuds 3i wireless earbuds.

Sadly, there’s no auto-pause with the Belkin SoundForm earbuds, so when you remove the earbuds they just keep playing – unlike the AirPods that recognise that outside of the ear they should just shut up.

These earbuds are “true wireless”, meaning that they are entirely separate and not connected by any wire, even between earbuds.

The Belkin SoundForm True Wireless Earbuds come in a package familiar to the AirPods.

They fit into a neat charging case, which offers 24 hours of playtime before it requires recharging. The earbuds themselves will require a power-up every five hours from within the case.

These charging stats are almost identical to Apple’s, although we found longer battery life with one of our favourite cheap wireless earbuds, the TaoTronic SoundLiberty 79.

The Belkin case is larger than Apple’s, and lacks the wireless-charging capability – much like Apple’s original and still available AirPods.

There are four LED battery indicators on the outside, which is more convenient than Apple’s hidden one orange/green light inside.

I love wirelessly charging my phone, but never bother doing the same with my own AirPods Pro, so this lack of a wireless charging case isn’t a big deal to me, and I’d take that saving.

Possibly worse, Belkin has stuck with ye-olde Micro-USB for the charging, which seems so last century. We would have expected USB-C, but with these have to keep the old-style non-reversible cable to hand instead.

They are IPX5-rated (IP = Ingress Protection) sweat and splash resistant, which is actually an improvement on even the AirPods Pro, which are only IPX4 rated (splashes).

IPX5 can resist a low-pressure water jet spray. The original AirPods don’t claim any water resistance, although my daughter once left a pair in her jeans that went through a wash, and they worked again after a few days.

Belkin’s earbuds are more angular than Apple’s rounded AirPods, but you won’t notice this as that part is outside the ear. They are available in either black or white, which is great for differentiation if you have more than one pair per household.

As with any earbud, the fit of the SoundForm can be hit and miss depending on your ear shape and size. Belkin includes three sizes of silicone ear tips for you to choose the best fit.

They didn’t feel as secure as either the AirPods or AirPods Pro, and I had only one fall-out while I was trying to tap a control.

The earbuds have touch controls (skip, pause, play, volume, etc), which I found fiddly and soon tired of accidentally triggering an action I wasn’t attempting. Fitting the earbud better in my ear would either increase or decrease the volume, for instance.

But I have to admit that I am easily confused by all too many tapping options (three taps to skip forwards or back are too much for me) and prefer to control my music via my phone anyway.

I also had to reconnect via Bluetooth a few times and pairing was sometimes troublesome, but this problem seemed to go away after a while.

Availability is limited but you can buy the earbuds from Belkin direct or Amazon.

At this price, the Belkin SoundForm Earbuds are an acceptable and affordable alternative to Apple’s superior but expensive AirPods, with surprisingly decent sound and build quality with three ear-tip fit options.

The five-hour battery life is great, and the charging case makes it a neat package all round.