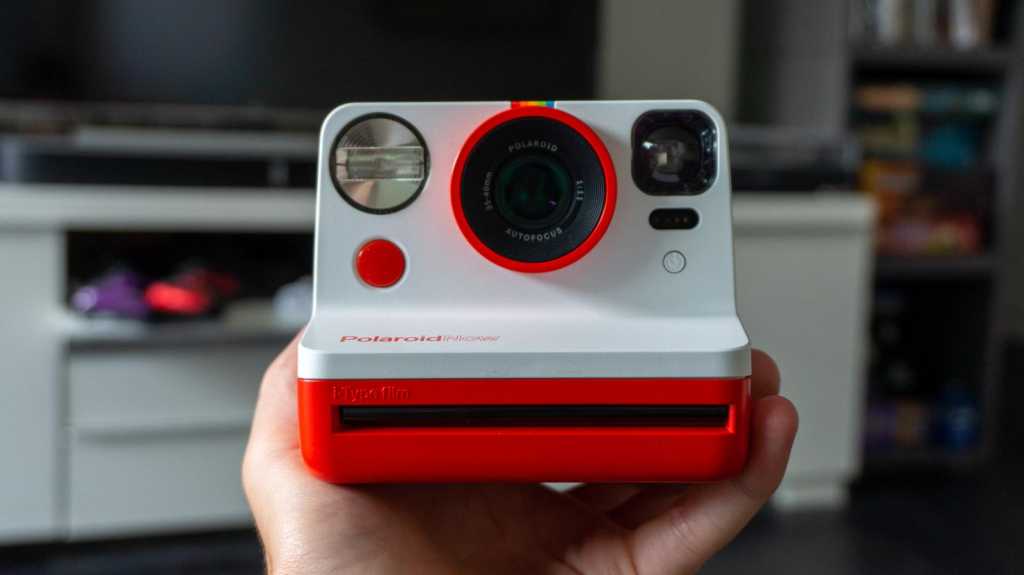 The Polaroid Now might spark nostalgia, but fiddly controls and inconsistent performance mean there are better options, and this is only a must-buy for Polaroid enthusiasts.

Point and shoot. That’s the beauty of a Polaroid, and it’s something that — most of the time — the Polaroid Now delivers.

On paper, I’m a huge fan of everything the Polaroid Now brings to the table: the camera recharges via USB, with enough juice in the lithium-ion battery to shoot 13-15 packs of film without a problem. The flash on the camera is solid, and there’s a distinct lack of faff as the camera only has four buttons: a power button, a flash toggle, a shutter and a self-timer button you can hit twice for double exposure. 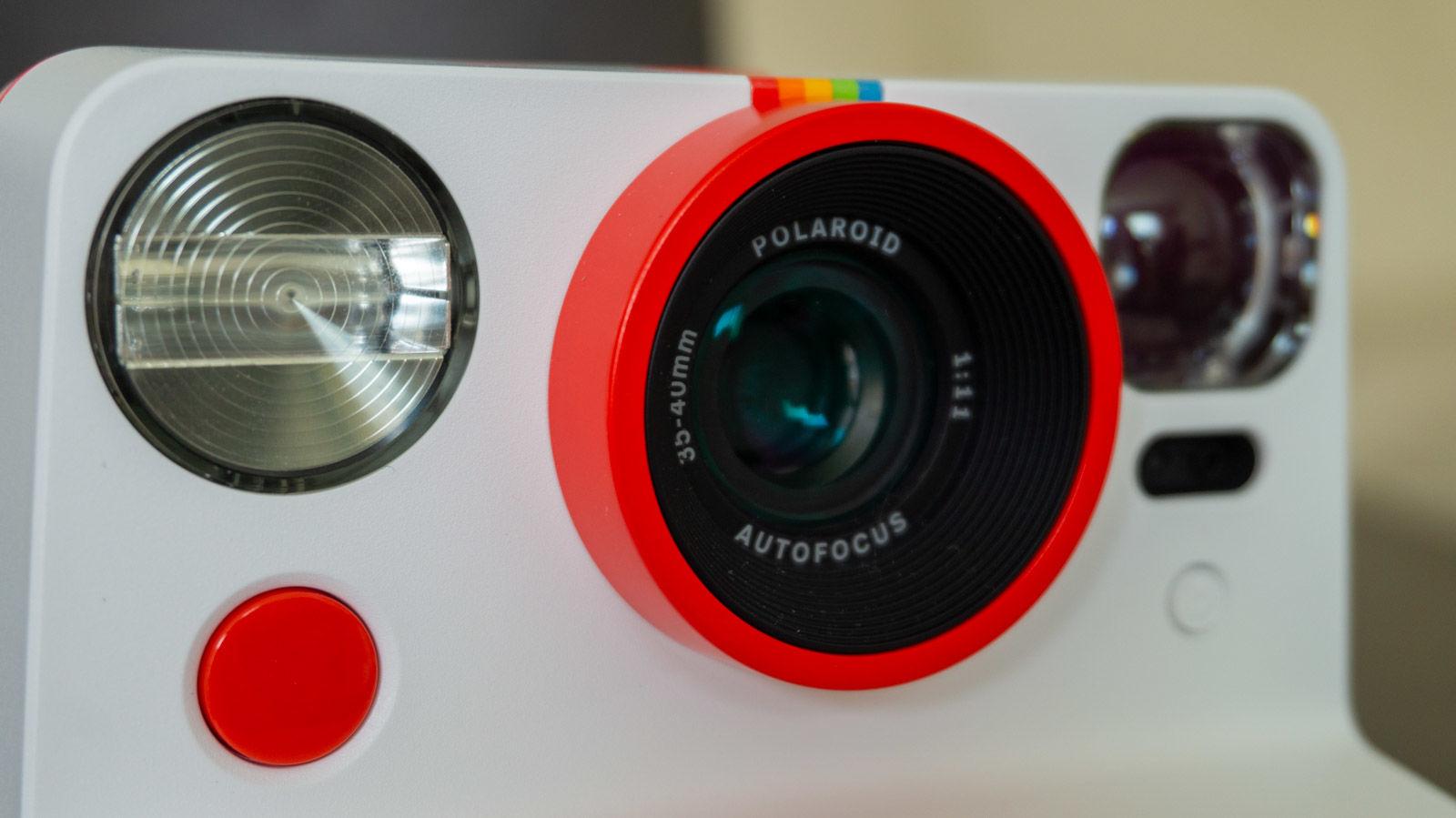 Fancy autofocus technology handles your shots for the most part, with a smart system that works out what you’re shooting and then nudges a 35mm or 40mm lens once it has decided which is best.

Unfortunately, for all of the cool features and nostalgia factor, I found it hard to get a decent photo, making it difficult to recommend.

Maybe it’s because I’ve got hands the size of supermarket chickens, but I found the Polaroid Now quite unwieldy to use. 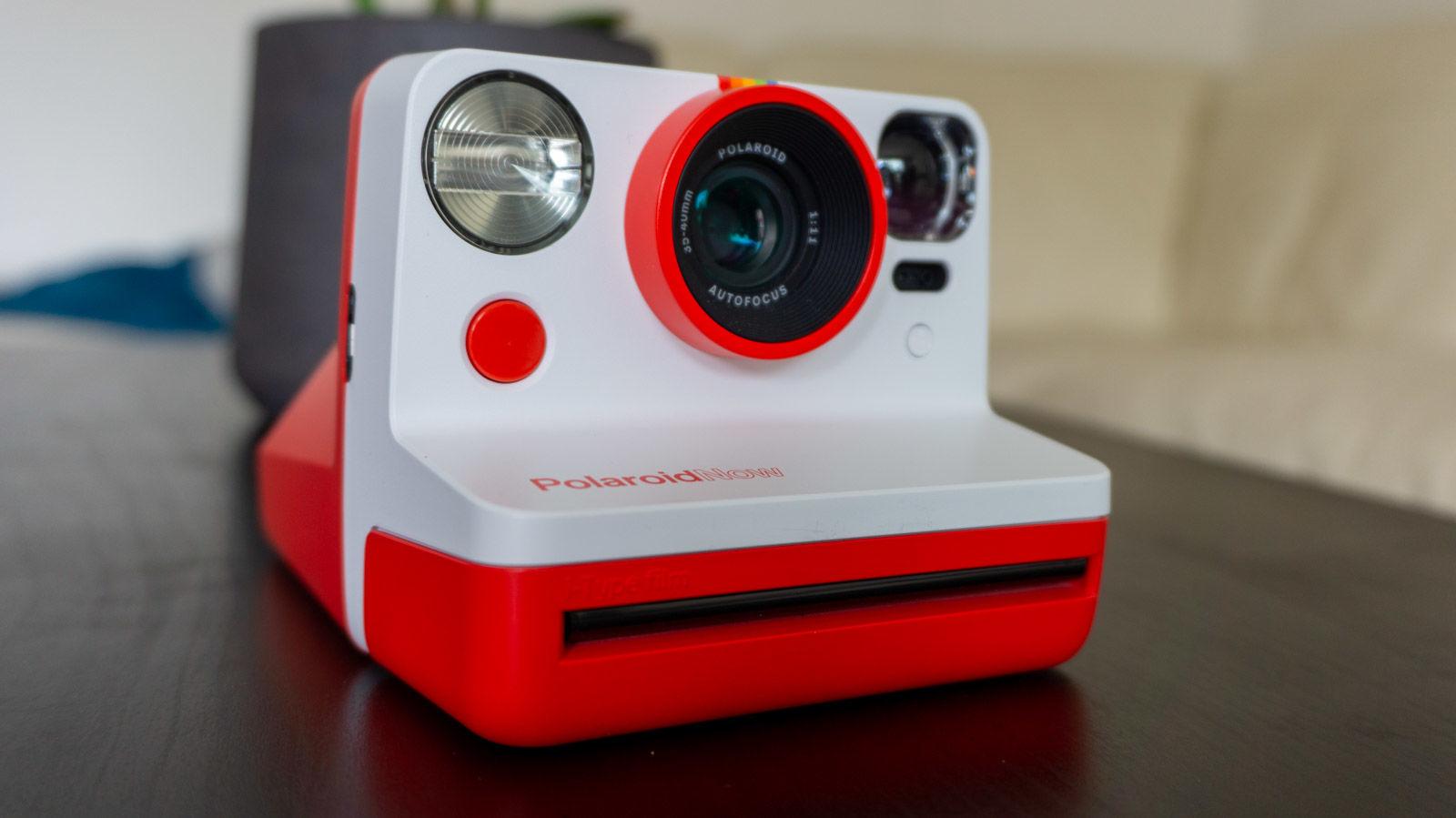 I don’t have an issue with the looks: the chunky design evokes ’80s sensibilities, especially in the two-tone models, while a multi-coloured stripe runs from the lens to the top as a distinctive flourish. I’ve been using the white and red model, but there’s a host more, with black, white, and various white-and-colour variants, including my personal favourite, a slick white and blue model.

Add in the stylised ‘PolaroidNow’ text on top of the camera’s raised area and it’s a good looking bit of kit, although far from the sleek look that’s the aesthetic of choice these days. 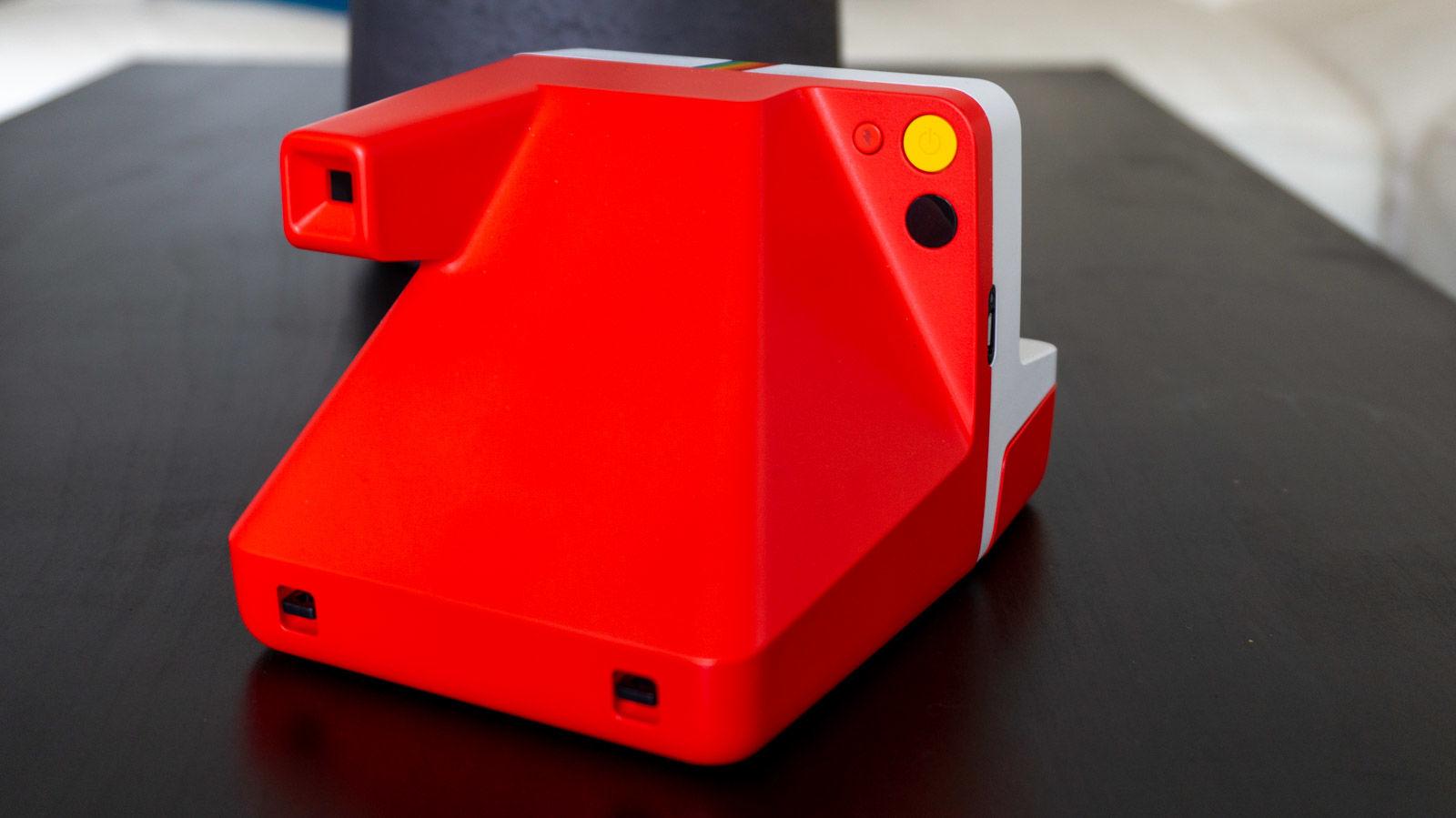 The power button and flash controls are on the back of the camera – no problem. However, the large shutter button on the front of the camera requires me to thread my — equally large, if I’m honest — fingers in between the flash and the raised area that spits out the film, which feels awkward.

This is a Polaroid in every sense of the world, meaning the snaps can often look quite washed out. My usual point and shoot digital camera is an Instax Wide, and while that has some impressive colour depth, the Polaroids I’ve taken look less real, and almost stylised with their warm colours and faded style. 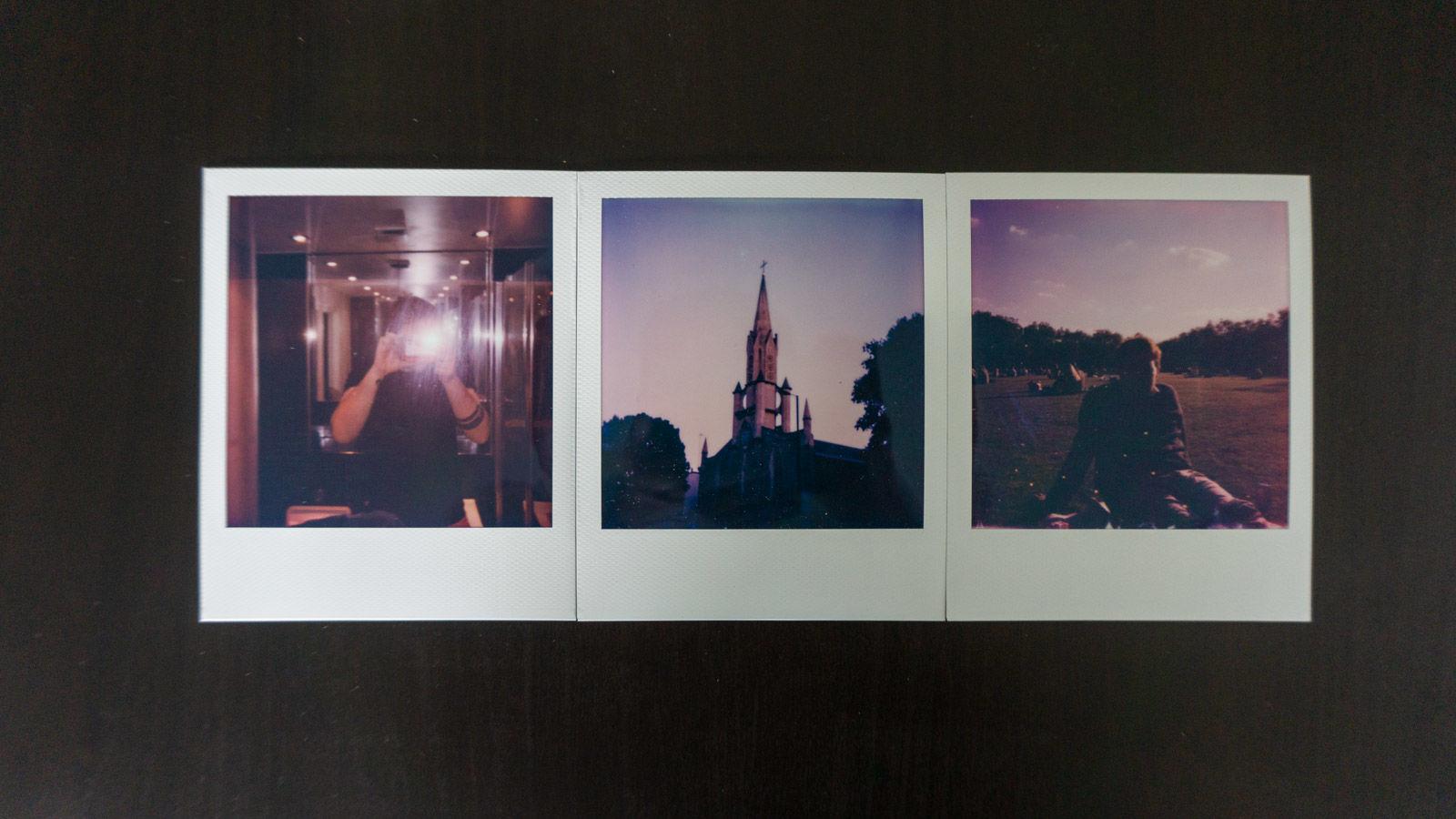 Like most other instant cameras, the Polaroid Now performs best with an abundance of natural light: photos shot of my friends on sunny days in the garden came out well, photos from the balcony came out cooler, but still detailed. Inside, image quality was pretty poor, with shots tending to look fuzzy and out of focus. You can still take decent quality photos indoors, but without all that natural light the exposure time lengthens and focus suffers accordingly.

At night, this effect gets infinitely worse. Fuzzy and poorly lit photos might fit that Polaroid aesthetic, but when you’re paying a couple of quid for each print, every shot that comes out useless is killer. With only eight shots in each film pack, it’s bitterly disappointing when you try to snap a candid photo and get something decidedly… abstract. 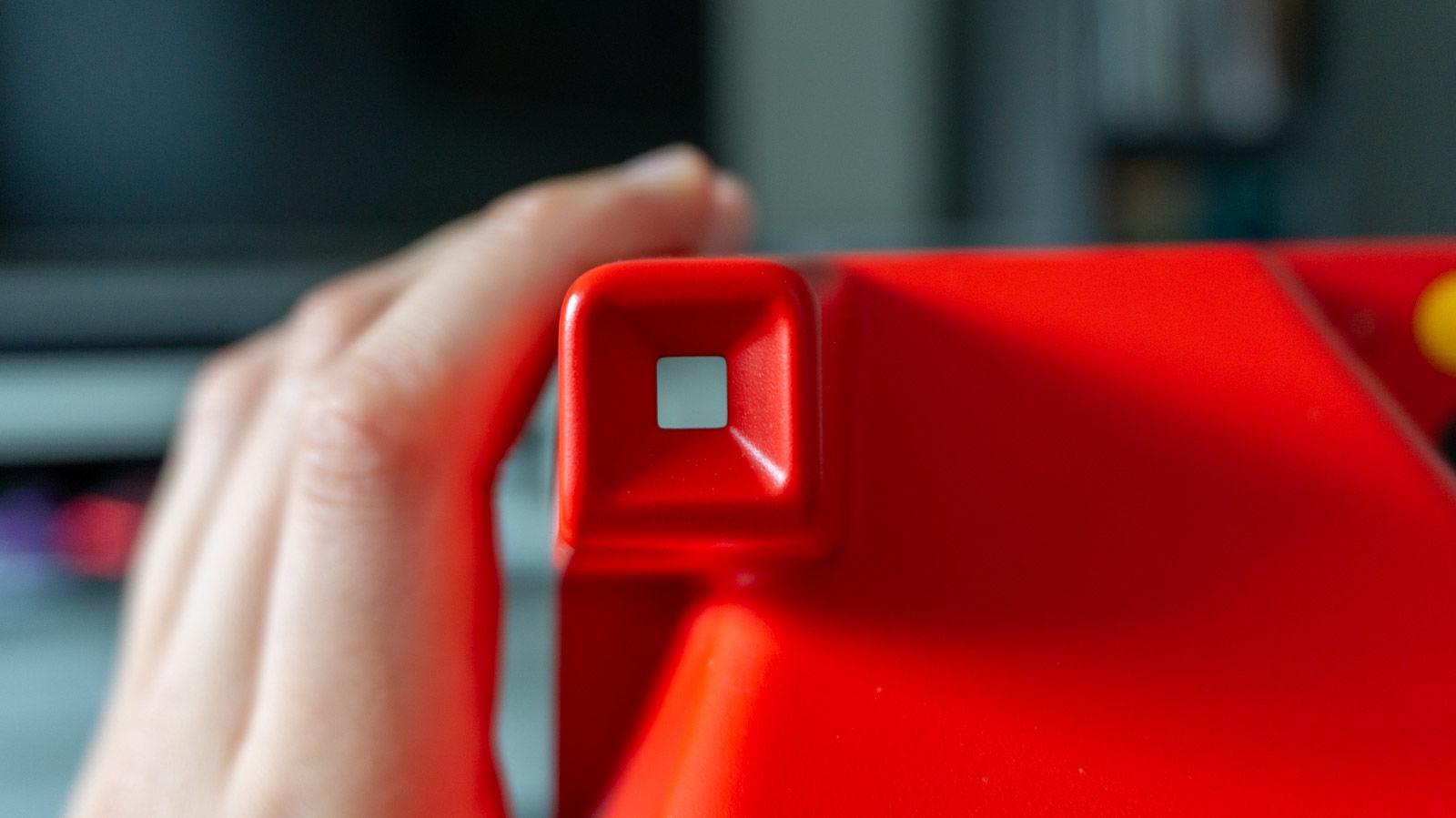 Polaroid gave me both colour and black and white film to shoot with, and I found similar issues with both, however, I preferred the quality of the colour film, which made every photo look like it was snapped in the ’70s.

The Polaroid Now i-Type instant camera is available in a bunch of places and colourways. You can buy direct from Polaroid, or there’s a wide selection on Amazon, where prices start from £99/$99 depending on which colour you opt for.

That’s around the same price as the new Instax SQ1 – which also shoots in square format, though on Instax’s proprietary film. There are other options around though, and you can spend either much less or much more, so check out our ranked guide to the best instant cameras to see what else is out there. 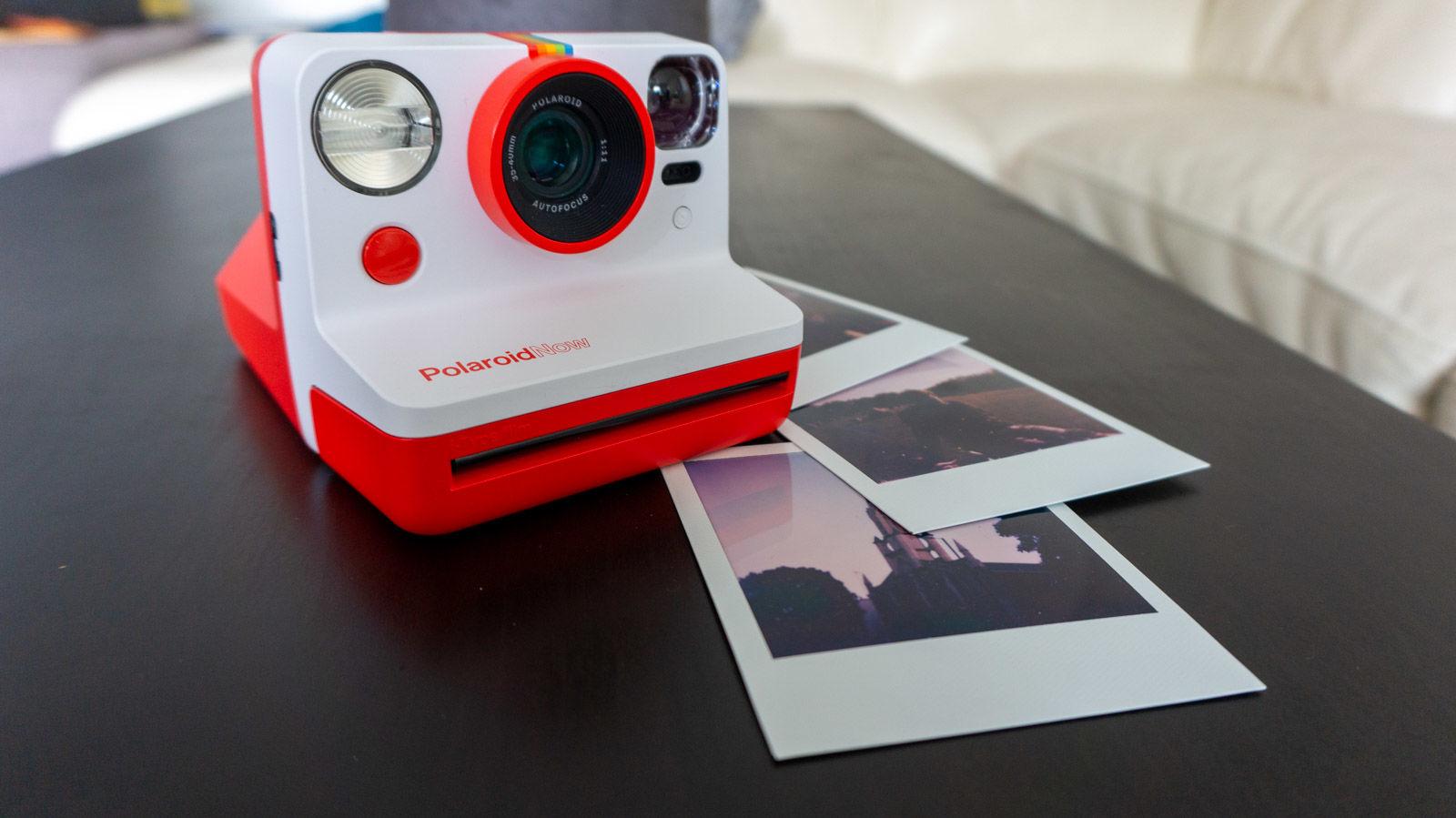 Polaroid film is a real stinger though, coming in at around £/$15-20 for a pack of i-Type film, although you can often get a double pack for less than £30/$40. There are eight shots in each pack, meaning you’re likely paying about £2/$2 for each photo.

I don’t think it’s unfair to describe the Polaroid Now as a bit disappointing. It’s got the aesthetic, it’s got the brand name, and it’s got the specs, but the picture quality is underwhelming.

The Now is also expensive. The camera is competitively priced compared to the Instax options, but the film will cost you significantly more in the long run.

This isn’t a bad camera but requires so much natural light to take a quality photo that it’s tough to recommend it. It’s the only area where the camera falls down, but when you consider the point of an instant camera is to take photographs, it’s a significant failing.