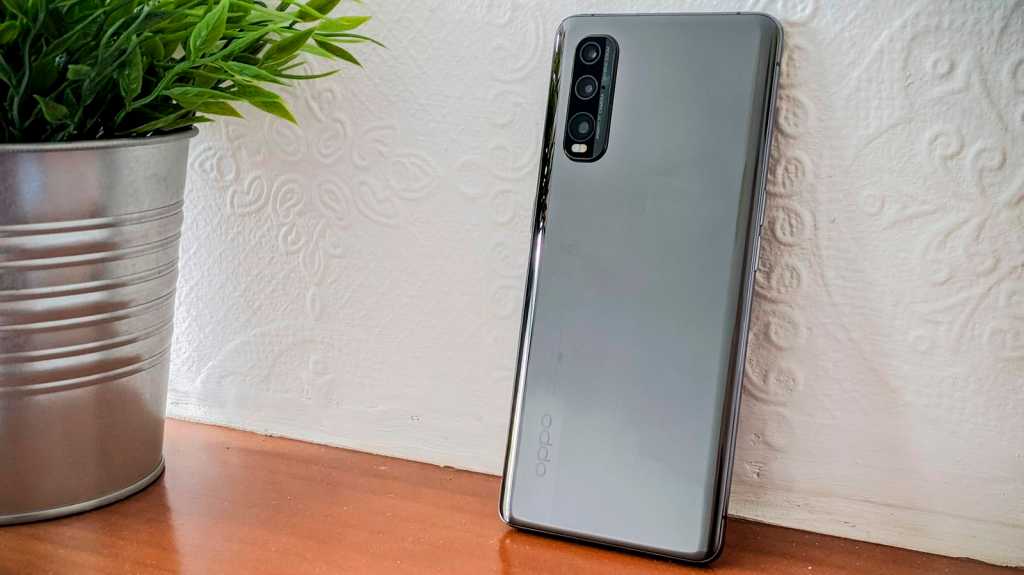 Oppo’s Find X2 range has proven to be a hit so far – from the premium Find X2 Pro to the more affordable Find X2 Lite and the mid-range Find X2 Neo. The standard Find X2 sits just below the Pro version when it comes to price – but does the lack of extra flourishes make this a more competitive phone to buy?

In all honesty, yes. The Oppo Find X2 still manages to retain the core features of what makes a powerful flagship phone – a killer display, sharp camera and ridiculously fast charging – whilst undercutting other handsets on the market on price.

I’ve spent some time with the Oppo Find X2 to see how it performs in everyday life and compares to other rivals. Here’s why this is an Android phone you should consider.

Design and Build – No Fuss

Like other handsets in the Find X2 range, this phone looks and feels premium. In the UK, you can only get it in grey ceramic, though other markets offer a blue version (thankfully, no garish pleather orange option is available as seen on the Pro). It’s nothing incredibly ground-breaking, but it looks refined and professional.

The Find X2 comes with a borderless design and 6.7in curved display, with an impressive 93.1% screen-to-body ratio. It’s incredibly slim and comes with a punch hole selfie camera in the top-left corner that doesn’t disrupt the screen too much. 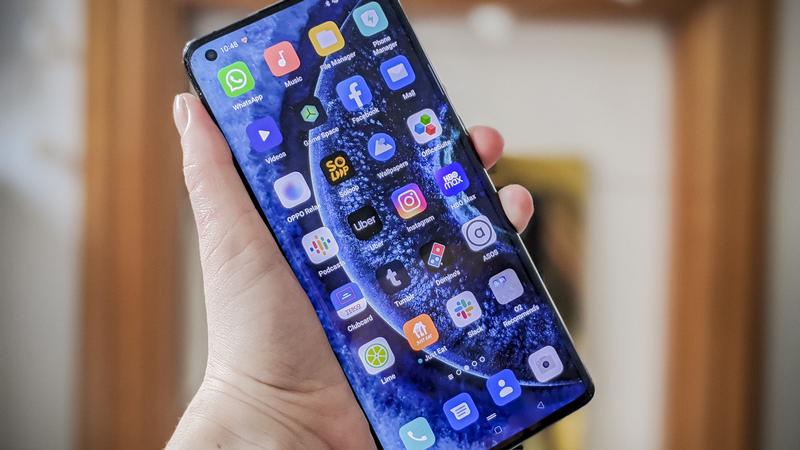 Of course, this isn’t the one for you if you’re not a fan of big phones. Most Oppo handsets follow this tradition of larger screens, so just keep this in mind if you’re looking for a handset to slip fully into your jeans pocket.

The phone carries an IP54 rating, which means limited protection against dust, plus splashproofing, but not the full dust & water protection of an IP68-certified device.

Like many other flagships, there’s no headphone jack on this handset either.

The Find X2 features an incredible 6.7in OLED display protected by Corning Gorilla Glass 6. This comes packed with a resolution of 3168×1440 (QHD+), a refresh rate of up to 120Hz and a colour depth of over 1 billion different colours.

There is a noticeable difference in quality when you turn both of these on, however, it does run the battery down faster than usual, plus there’s a risk of overheating after a while too. I suggest using the auto options for both resolution and refresh rate, which only activate the highest settings when you need them, meaning your battery won’t take a big hit. 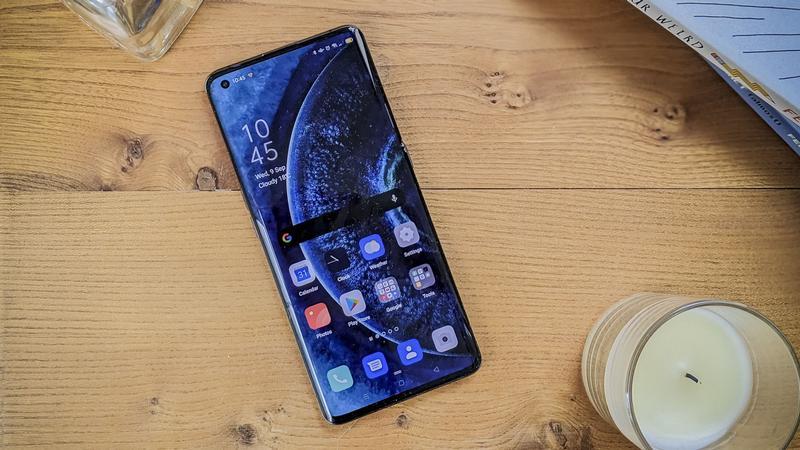 In addition, the Find X2 supports HDR playback across YouTube, Netflix and Amazon Prime Video, provided you have the latest versions of the apps and a steady internet connection – and for Netflix, a Premium plan which supports ultra-HD films and TV shows.

There’s no denying it – this is a fast phone. This is down to the inclusion of the flagship Snapdragon 865 processor, along with a hefty bit of storage space.

In the UK, the Oppo Find X2 comes with 12GB RAM and 256GB storage. There isn’t a microSD card slot on the phone, but 256GB should be plenty for most people.

When compared with other phones in the Find X2 range – and similar spec phones such as the Samsung Galaxy S20+ – the Oppo Find X2 very clearly holds its own. In our benchmark tests, it scored very similarly to the Find X2 Pro and OnePlus 8 Pro.

To unlock the phone, you can either use face recognition, the under-display fingerprint scanner or a traditional password. Face recognition worked both in low light and when wearing glasses, but not when wearing a mask. The under-display fingerprint scanner was a little dicey on the odd occasion, but not enough to be a major annoyance. 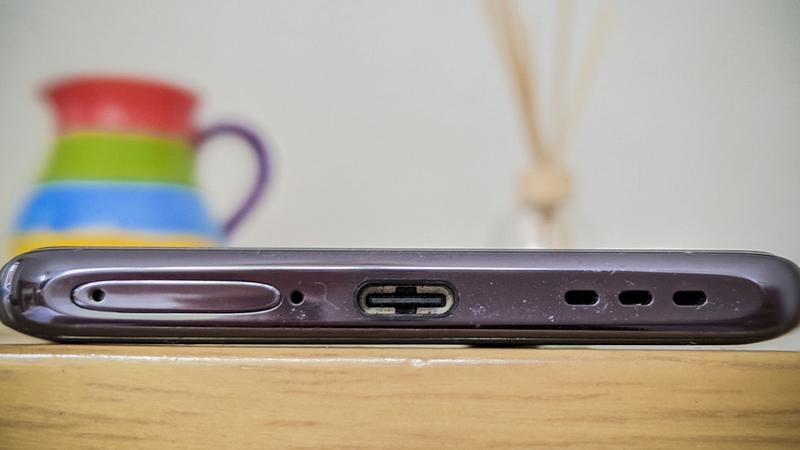 I personally tested this phone with a 5G SIM. In all honesty, it’s hard to comment on how this affected performance, as the infrastructure for 5G isn’t yet up to scratch. If you’re based in a big city, you will likely notice an improvement on download speeds and the ability to connect quicker. However, in more remote areas, having a 5G phone won’t really have any impact on your daily mobile use.

The photos from the 48Mp lens – paired with Sony’s IMX586 sensor – produce images that are bright and sharp, and even the slightest details and textures show up extremely clearly, when taken in bright sunlight. It’s excellent and easily stands on par with some of the most popular phones on the market right now. 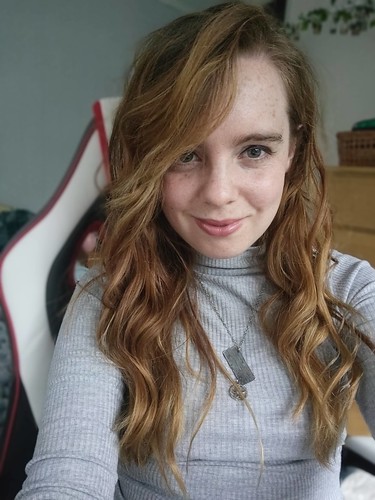 Indoors, the colours aren’t quite as vivid, but textures are still detailed. You get x2 optical zoom on this phone and x20 digital zoom. There is a drop in quality the further in you zoom – but I can’t see many people needing to photograph things that far away in great detail that often.

Wide-angle shots tend to lose a bit of the finesse that the main camera provides, but there’s still enough vividness and details within the photos to take a good travel shot and capture a good amount of scenery.

Night mode is also rather good – I’d say the images look a tiny bit on the saturated side, but details are certainly lifted. The main camera has an auto-detect night mode too, but it’s nowhere near as powerful as the dedicated variant. 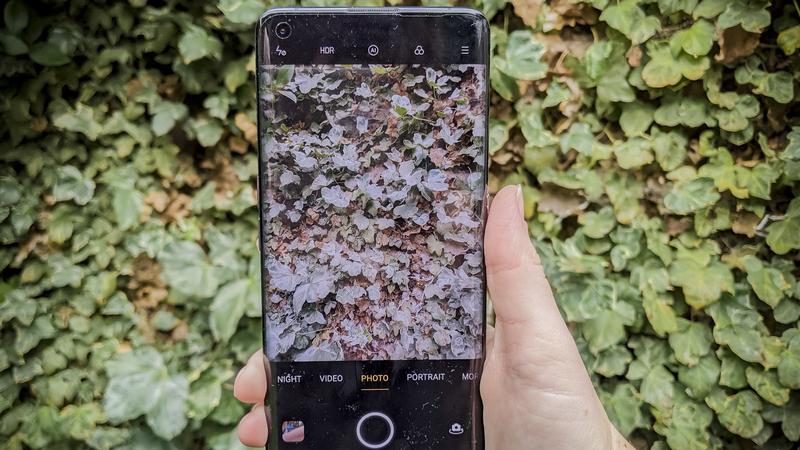 On the front, you get a 32Mp selfie camera with a f/2.4 aperture, which captures details on your face extremely well. Portrait mode, especially, blurs the background just the right amount to look professional but not overpowering.

When taking video, the rear camera supports up to 4K at 60fps (though you can also opt for lower resolutions/frame rates), whilst the front camera supports 1080p up to 30fps.

The phone also features optical image stabilisation, which reduces the amount of sickly wobbling if you’re running or using the camera mounted on a bike. I only tested the former, and there was an improvement – though obviously it’s nowhere near the same capabilities as you see on an action camera.

The Oppo Find X2 houses a 4200mAh battery, which lasts well in comparison to other flagship rivals. Even cranking up to the highest display settings for Netflix and YouTube didn’t drain it too fast, and during our benchmark tests on PCMark 10, it lasted 9 hours and 57 minutes. In actual usage, you could get between a day and a day and a half, dependent on what you were doing.

The crown jewel of this phone is Oppo’s fast-charging technology. This phone comes equipped with a 65W fast-charger in the box, meaning that you can put it on for a very quick charge and the battery fills up in no time at all.

Charging the phone from flat, it went to 92% in 30 minutes. Even just a quick ten-minute charge will give you enough to get through the day. 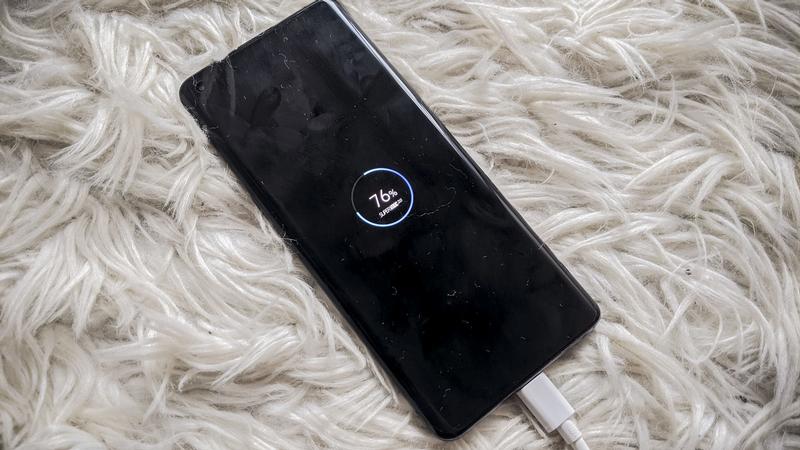 Sadly, the phone doesn’t have any wireless charging, as Oppo argued that they wished to focus on the speed of the phone’s wired charging instead. Most other phones at this price point do feature wireless tech, so this is a bit of a disappointment, but for many the tradeoff for faster wired speeds will be worth it.

The Find X2 runs on Oppo’s skin of Android 10, ColorOS 7.1. For a skin, it’s extremely clean and doesn’t come preinstalled with a lot of the clutter that you find on other Chinese-manufactured phones, from the likes of Huawei or Xiaomi.

The features that do come out of the box, however, are really useful. Oppo Relax is a meditation and focus app that’s completely free, and there are also numerous options to customise the digital wellbeing settings on the handset.

There’s also touch-enabled shortcuts for screenshots, and the ability to enter a split-screen mode for numerous apps. Unfortunately, not all third-party Android apps support this, but it’s certainly a novelty. 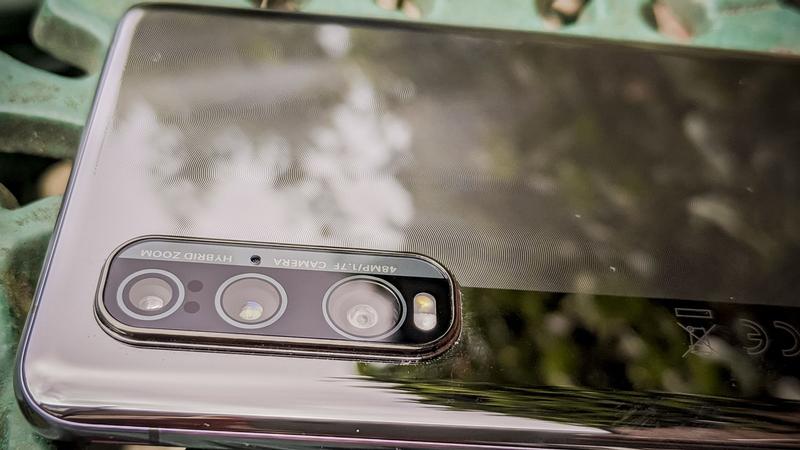 There’s also a variety of display options to suit your taste, including the option for a scheduled dark mode (not even available on normal Android) and ambient lighting adjustment on the screen.

All in all, it may not be pure Android – but the differences in Oppo’s OS on this phone are mostly improvements on the base software rather than a half-hearted copy.

Oppo’s Find X2 currently retails for £899 in the UK – and is available exclusively on the O2 network. You can currently purchase it from Oppo’s website, or from O2 – with contract deals available.

At this price, the phone slightly undercuts other flagship rivals with similar features. That includes the Samsung Galaxy S20+, which costs £999 and the iPhone 11 Pro, which is priced from £1,049, though it’s undeniably still expensive.

Of course, Oppo doesn’t yet have the brand recognition that these others do, but with the features that you get, it’s worth considering taking a step away from the mainstream.

The only other rival to consider comparing it against is the OnePlus 8 Pro. It comes in at exactly the same price in the UK for the same RAM and storage (though also offers a £799 8GB/128GB option), has that 120Hz refresh rate and also boasts the same chipset. The camera setup is more advanced though, and it also features wireless charging. However, the wired speeds don’t quite match up to Oppo’s insane numbers.

The Oppo Find X2 is also a lot more affordable than the Oppo Find X2 Pro, which comes in at a hefty £1,099. Upgrades include even stronger cameras, a slightly bigger battery, and an IP68 rating. Whether those differences justify a £200 price hike is questionable.

If you’re based in America, the Find X2 isn’t available, though you can of course import one.

You can take a look at our list of the best Oppo phones, as well as our favourite phones overall that are on the market right now. 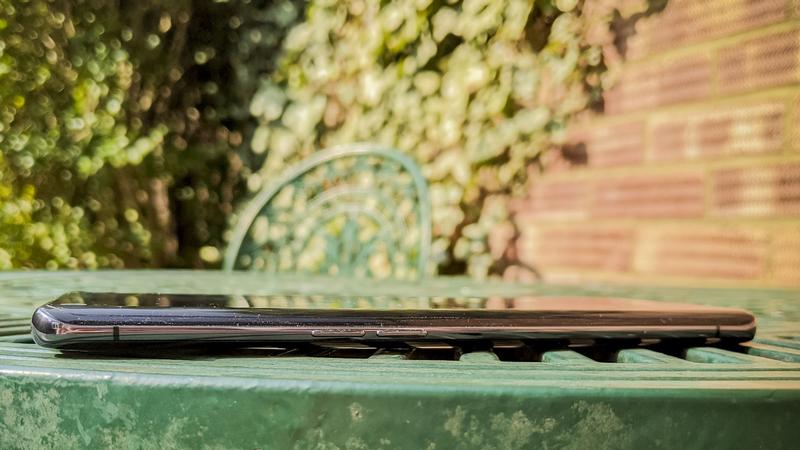 For the price, the features you get on Oppo’s Find X2 are seriously impressive, and cheaper than phones of a similar spec from more well-known rivals – though still undercut a little by OnePlus.

It’s also better value for money than the Find X2 Pro – you still get that crisp display, a powerful chipset, an enviable camera and that ultra-fast charging that you can’t really find on any other UK flagship phone at the time of writing.

If I’m nitpicking, the lack of wireless charging is a bit of downside, and the in-display fingerprint scanner was on the odd occasion a little janky. But that aside – this phone proves that you don’t need to stick with the top dogs in the tech industry to get a powerful phone.