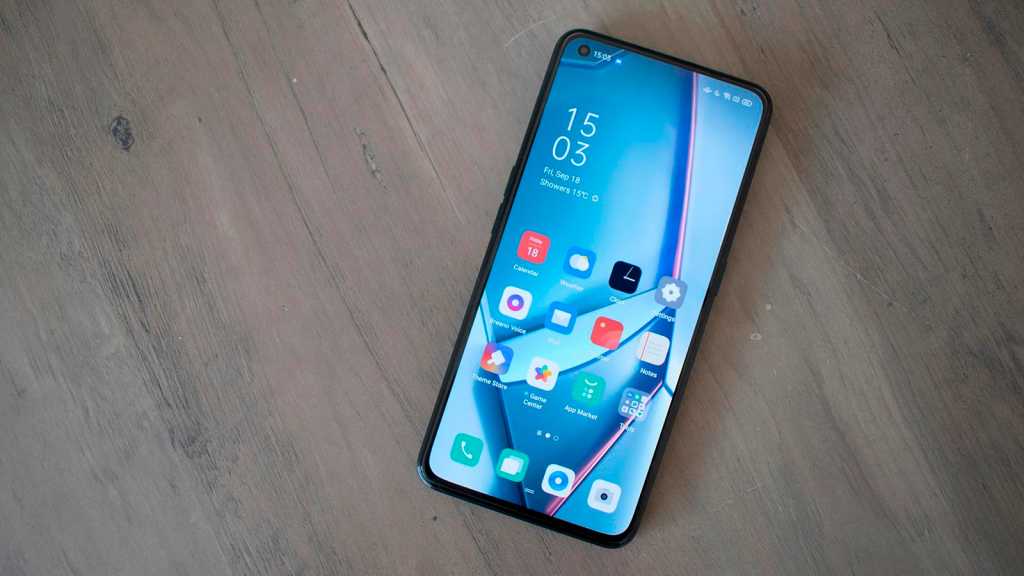 The Oppo Ace 2’s best feature is its very fast wired and wireless charging, but with the need to buy the charger separately and sideload the Google Play Store, you’ll need to be an Android enthusiast happy to import.

In the past couple of years, Oppo has grown to the point where it is releasing solid, sometimes excellent phones in the UK and Europe. Long has the company been popular in its native China, but now it’s sponsoring the cricket and finding itself making phones as good as anything by Samsung.

The Oppo Ace 2 is slightly different, though. Its main draw is its insanely fast 40W wireless charging, the fastest available at the time of writing. But it’s a China-only release, meaning that despite being a great phone, you’ll have to be somewhat an Android enthusiast to get it working how you might expect.

You can import the Ace 2 and its optional AirVOOC wireless charger and it comes without the Google Play Store installed or Google account structures built into Android. This is normal for any Android phone released in China. I was able to sideload the Play Store and run Western apps on the Ace 2, but it means it’s a phone you should only import if you’re a confident Android tinkerer who doesn’t mind a slightly compromised experience.

The Ace 2 is an attractive if uninspiring looking smartphones. I enjoy the circular camera module on the rear and wonder why more manufacturers don’t use this design. It also reminds me that central positioning of cameras looks far better than the current trend to stick a bulky rectangle in the top corner.

My review unit is the muted pebble-like black, but it also comes in a brighter purple. Around the front is smartphone 101 in 2020 with a top-left cut out for the front-facing camera and a generous 6.55in OLED. The 20:9 aspect ratio makes it a comfortable one-handed phone for most casual scrolling.

It’s a generously accessorised phone too with a silicone case and pair of USB-C headphones in the retail box (there’s no 3.5mm headphone jack).

In the box you also get a 65W fast wired charger that tops the phone up in an unbelievable half an hour. This is the same charger that ships with the Oppo Find X2 Pro.

But the Ace 2 bests the X2 Pro by being the first Oppo phone to support wireless charging, and its compatibility with 40W wireless charging on this first attempt is the most impressive thing about this phone.

The Oppo 40W AirVOOC wireless charger costs US$45.99 from Giztop but is totally worth the spend. The unit has a clean white look with a circular fan to keep it and the phone from getting too hot.

With a grippy rubberised coating, the slippery Ace 2 stays put. The fan makes a little noise so you probably won’t want it charging as you sleep on your bedstand, but also it’s so darn fast that you could put it on the charger when you wake up and it’ll be topped up in no time at all. It bests the OnePlus 8 Pro’s 30W wireless charging.

The Ace 2 also has reverse wireless charging so you can top up another Qi compatible phone or pair of earbuds on the go.

Before I run through the phone’s performance, I have to explain the software situation. This is not like the Huawei ban where Oppo is not allowed to run Google services – far from it. Oppo’s European-released phones all come with Google services and the Google Play Store installed.

Because the Ace 2 is a China-only release, instead you get Oppo App Market out the box and Google is nowhere to be seen.

The issue here is that even with the phone’s language set to English (which is easy to do when setting up the phone in the first place), App Market is the Chinese version. You can’t change the language, and the app selection is geared towards the Chinese market.

After I’d done this, Google settings appeared in the Ace 2’s settings menu that allowed me to control my Google account like normal.

Notifications came through fine, and I did not run into any major problems, with app auto-updates also working smoothly. That said, I couldn’t guarantee that it’d be the same for you, so you should only consider getting the phone if you are confident with processes like sideloading. Given I managed to get Google working on the Ace 2 without having to unlock the bootloader, you should be fine, though.

Minor annoyances are Oppo’s Breeno information feed to the left of the home screen that displays its news widget in Chinese, but you can remove the card and see things like weather and shortcuts instead. Occasionally pop-ups appear in Chinese for some features you can’t uninstall, and you can’t switch it to Google’s feed. If you can put up with that, then the trade-off is a very capable phone with amazing charging tech.

Oppo’s ColorOS 7.1 is a bright and attractive take on Android 10 and I personally think it’s one of the better skins out there. I’d take it over Huawei’s EMUI any day, and I am perhaps more out on my own in enjoying it more than OnePlus’ OxygenOS.

There are weird frustrations like only being able to swipe left to dismiss notifications but in all, I got used to using ColorOS again very quickly when testing the phone. As I’ve already discussed in this review, the main issue with the Ace 2’s software is the lack of Google services out of the box.

There were several Chinese apps also installed, most of which you can uninstall but there are a few that you cannot.

The Ace 2 is fully equipped with the Qualcomm Snapdragon 865, the same flagship chip found in the Find X2 Pro and OnePlus 8 Pro. It flies through everything you can throw at it with ease, though it’s worth noting my unit had 12GB RAM – there’s also an 8GB version which may show its age sooner into its life but is still well equipped. An Adreno 650 capably handles the graphics performance when gaming.

An in-screen fingerprint sensor is still not as reliable as a physical one, but I used it for authentication in secure apps. Oppo’s 2D face unlock to unlock the phone is far faster and a good alternative.

Benchmarking the phone against other phones with the Snapdragon 865 like the Sony Xperia 1 II and the OnePlus 8 Pro show the Ace 2 more than holding its own. In the GFXBench tests on the graphics performance, it achieved better results than the other devices, underlining how good the phone is for gaming.

The 48Mp main sensor on the Ace 2 is capable of producing some lovely still images in the daytime, but the absence of optical image stabilisation is disappointing. You’ll need a steady hand to avoid blur, but I was very pleased with the overall results of the main lens. Colours are punchy and a little oversaturated. I kept Oppo’s AI mode off as it saturates things even further.

It’s set up alongside an 8Mp ultrawide sensor, a 2Mp black and white sensor and a 2Mp depth sensor. None of these are telephoto lenses, so all zoom is digital. 2x looks ok, 5x is a stretch, and 10x looks awful. The more useful ultra-wide lens takes some decent wide shots that capture more of the scene.

As with the Find X2 Pro, this ultrawide doubles up as a really good macro lens and is one of the most versatile aspects of the setup. There’s also a decent enough night mode, solid portrait mode, and a Pro mode that lets you adjust ISO, shutter speed, white balance, focus and more.

The 16Mp front-facing camera is also above average. It over sharpens faces somewhat, but I’ll take that over the softening phones from Samsung and LG tend to indulge in.

Our Flickr gallery of camera test photos is below. Click if you are unable to view it properly on your device.

Check out our  grey-market tech buying advice for some detailed advice on importing phones.

$659 is around £350, a great price for this capable hardware. This makes it cheaper than the OnePlus 8 and 8 Pro, the phones that the Ace 2 shares several base specs with. It also undercuts Snapdragon 865 phones like the Xperia 1 II and international versions of the Samsung Galaxy S20.

The Oppo Ace 2 is a very solid Android phone and one that I think I could use on the daily despite the workaround necessary for Western users who want Google services.

The screen is good, the wireless fast charging is amazing, and performance is excellent – all for less than most other phones with a Snapdragon 865. You’ll have to buy the 40W AirVOOC charger separately, though.

But you’re running a slight risk in importing it, as you’ll have to hope sideloading Google services stays stable. It’s a really good phone but outside of China, you need to be an Android enthusiast to deal with the quirks of using it.