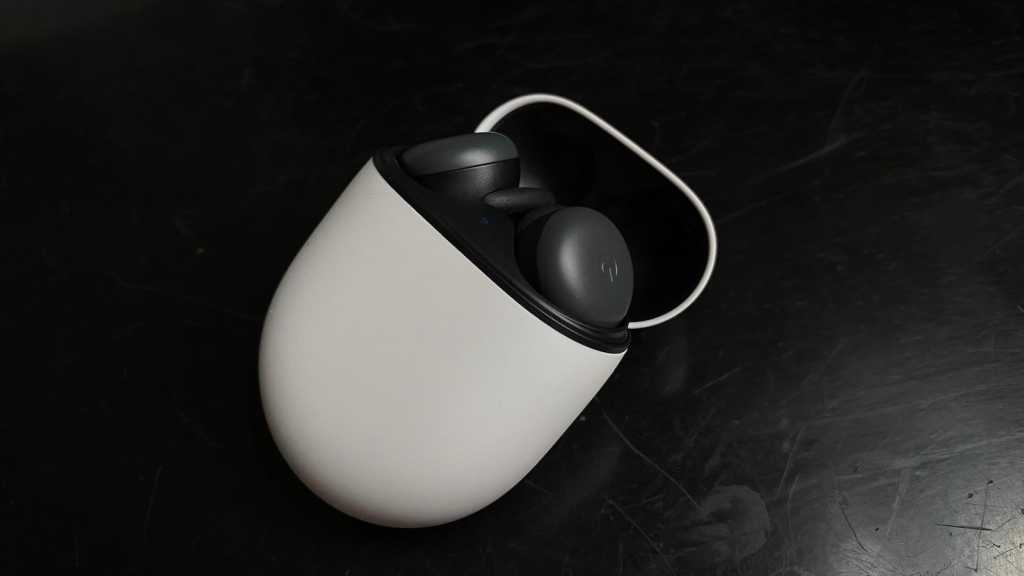 The Google Pixel Buds are an improvement on the original from 2017, but with sub-par battery life, a lack of bass and connectivity issues, they’re far from perfect – especially at such a high price.

The new Google Pixel Buds arrive at a very competitive time in the true wireless earbud market, with buds available in all kinds of shapes and sizes, at a variety of price points, making it harder than ever to try and justify putting down £179/$179 for a pair of wireless earbuds. Google’s Pixel Buds do stand out, offering always-on Google Assistant support, surprisingly reliable touch controls and an impressively small form factor, but they aren’t perfect.

Carry on reading to find out why.

The most noticeable difference in design compared to the original Pixel Buds from 2018 is the fact that the new buds are truly wireless, with no cable running between them. Neckbuds are a great middle-ground between wired and wireless earbuds, but there’s nothing that beats the freedom of going truly wireless.

They’re also pretty good looking as far as wireless earbuds go, with a rounded design and impressively small dimensions. The small form factor of the buds means that Google had to include a small fin on each earbud to help secure them in your ear – the problem is that it doesn’t really do the job compared to the likes of  Apple’s BeatsX. Sure, the fins keep the earbuds secure when you’re working at your desk, but you’ll find yourself having to readjust the fit every couple of minutes if you decide to use them out on a run.

Fit is, of course, an important part of earbud design, so Google includes a bunch of eartips and fins in the box to help find the best fit for your ear shape, and it’s likely some people will have a better experience with fit. That’s just the fickle nature of the shape of the human ear, I suppose. The good news is that the eartips themselves fit well, creating a nice seal in the ear to improve overall audio quality – but I’ll go into that in more detail later. 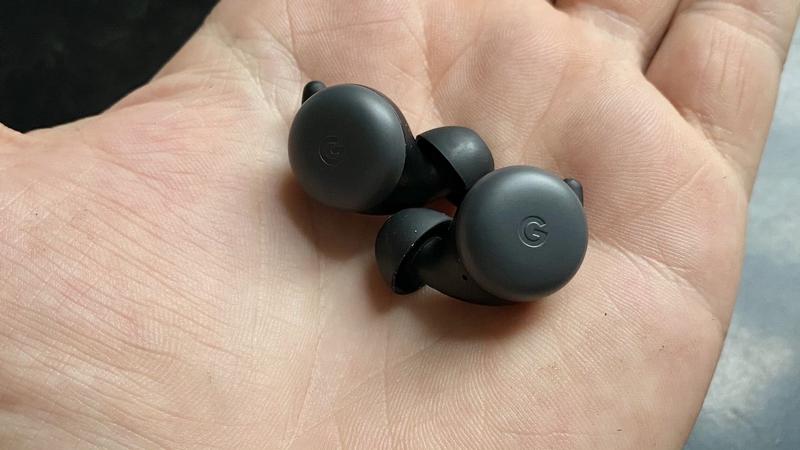 One reason why the small dimensions of the buds are so impressive is because of the built-in smarts, including touch-sensitive panels on each bud to control just about every aspect of music playback. You can swipe to adjust volume, tap to pause, double-tap to skip, triple-tap to go back a song and tap-and-hold to get Google Assistant to read out your notifications – on Android, anyway.

While touch controls are hit-and-miss on wireless earbuds, it’s truly impressive here, never missing a single swipe input. In fact, if I were to criticise it in any way, it’d be that the panels are a little too responsive, often pausing playback or adjusting the volume when trying to tweak the fit of the buds in my ears.

The rounded design of the buds also translates to the charging case, fully redesigned to better fit in the palm of your hand and your pocket too. Sporting an egg-shape design with a single black line around the ridge of the lid – probably to differentiate from the AirPods – the Google Pixel Buds look stylish, and a little futuristic too. It’s clean, devoid of any branding, sporting only a USB-C port for charging, a small pairing button on the rear and a central LED light that’s hidden when not in use. 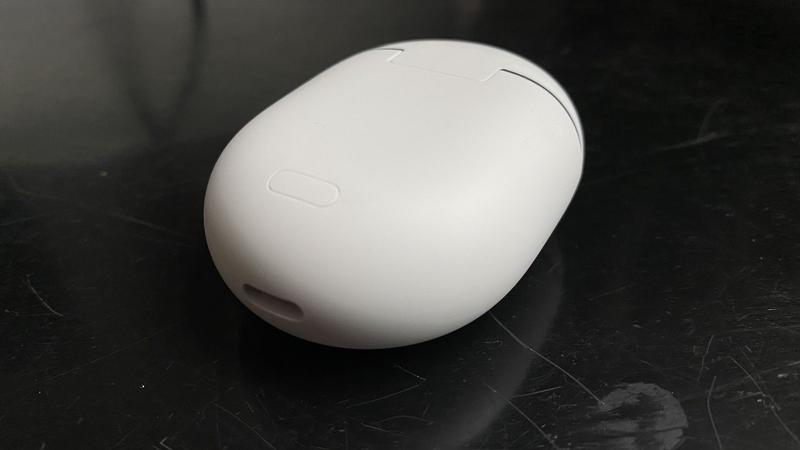 There’s also IPX4 water resistance available, meaning the Pixel Buds should survive a few minutes in the rain, but steer well clear of the pool.

Finally, they’re available in Clearly White or Almost Black in the UK (both come with a white charging case though) while those in the US also have the more exotic Quite Mint and Oh So Orange colour options to choose from.

I alluded to the impressive smarts on offer from the Pixel Buds earlier, but there’s much more on offer here than cool swipe controls and the ability to get Google Assistant to read out your incoming notifications – although the latter is admittedly very handy.

Like with Apple’s AirPods, you’ll get a smooth setup process if you use the Pixel Buds with an Android, and you’ve also got the always-listening Google Assistant support, allowing you to access the virtual assistant simply by uttering the phrase ‘OK Google’.

Like the original Pixel Buds, you’ll find built-in Google Translate to offer real-time translation, ideal for those holidays nobody is going on right now. It’s simple to activate – simply say something along the lines of ‘OK Google, be my French translator’ and your (Android) smartphone will automatically open the Translate app and get to work. From there, simply hold the left earbud while you talk, and it’ll translate and playback audio via your phone. Hold the translate button on your phone to hear the response, and it’ll be translated in your earbuds. 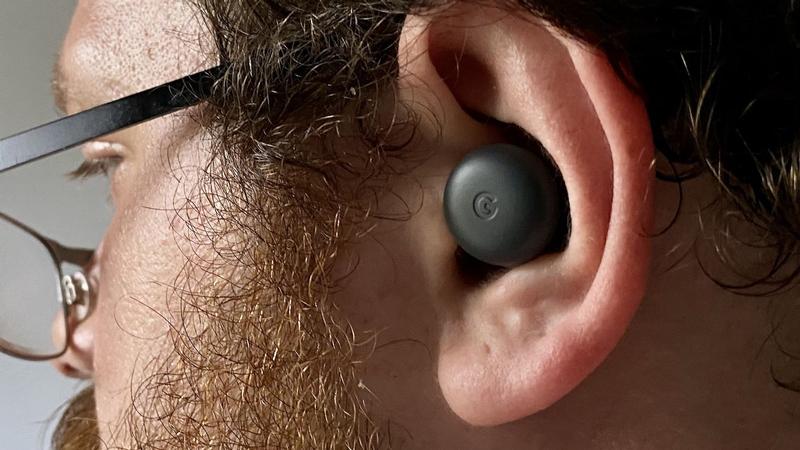 It’s a handy solution for communicating with those you would usually struggle to talk to due to the language barrier. There are limitations, like the fact only one person can speak at a time and a Wi-Fi connection for better results, but it’s handy nonetheless.

There’s also auto volume adjustment, based on environmental sound picked up by the mics on the earbuds. It sounds like a great idea, but it’s one that doesn’t really work in execution. There’s no noticeable change in volume as I go from indoors to outdoors, for example, though it may work better on loud forms of transport like the London tube.

The auto-volume adjustment would’ve helped people overlook the lack of active noise cancellation (ANC), something increasingly popular on headphones and earbuds around the £200/$200 mark, especially considering the lack of passive noise reduction.

It’s also worth noting that most of the smart features are only available if you pair the Pixel Buds with an Android smartphone. You’ll still get access to the gesture controls if you pair the buds with an iPhone or Mac, but you won’t be able to access the likes of Google Translate, the hands-free virtual assistant access, the automatic volume adjustment and any other smart features Google rolls out to the buds in future. If you’ve got an iPhone, we’d recommend the  ANC-enabled AirPods Pro for a high-end wireless earbud experience.

Sporting 12mm drivers in each earbud, just how do the Google Pixel Buds perform in the audio department?

Sadly, playback isn’t as balanced as some rivals, and it’s noticeable mainly in the bass department. There’s a focus on mids and treble when it comes to audio playback, and that comes at the sacrifice of bass, with a generally weak bass response no matter the music you’re listening to. It can be improved by finding the right ear-tip to create a decent seal, but it’s certainly not ideal for those bass-heavy tracks that get you going on workouts.

It has to be said that the audio separation is far beyond its rivals, and vocals produced are both crisp and clear, but without sufficient bass, there’s always something missing. Also, unlike some rivals, there’s no way to tweak the audio output to manually put an emphasis on bass – not even via the customisable Pixel Buds app – although I’m hoping this changes via a future software update. 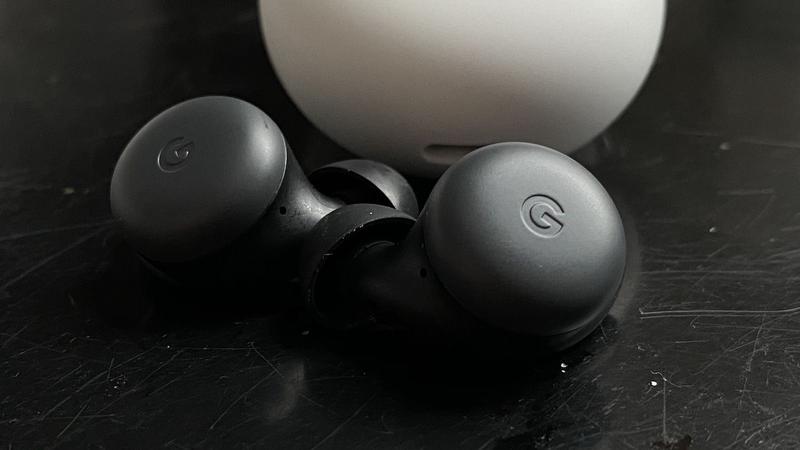 Battery life is an area where some may be disappointed: while Samsung’s Galaxy Buds+ earbuds can last a whopping 11 hours out of the case, Google’s Pixel Buds offer a rather underwhelming 3 hours of battery life before needing a top-up via the charging case. That’s not so bad if you only use your earbuds for relatively short amounts of time, but if you’re the kind of person that flies a lot (or just likes listening to music) then you might be better off looking elsewhere.

The charging case fares a little better, offering the same 24-hour capacity as many wireless earbud rivals, and it can be charged wirelessly too.

While I can forgive the somewhat disappointing battery life and the lack of even decent passive noise reduction, there’s one element of the Pixel Buds that I can’t overlook: connectivity. Like most wireless earbuds available right now, the Pixel Buds connect to your smartphone via Bluetooth – Bluetooth 5.0 to be precise.

But despite the latest Bluetooth connectivity, the Pixel Buds suffer from dropout fairly regularly, with audio cutting in and out independently of one another, and it’s very frustrating. I thought it might’ve been a smartphone-specific issue, but it’s something I’ve experienced across iOS, Android and even Mac. If you thought that was bad, on one occasion, the buds completely disconnected from my smartphone during playback, despite being less than 1m away.

It’s not something I’ve experienced on many true wireless earbuds, and I’ve reviewed earbuds that cost half the price of the Pixel Buds. At such a high price point, it’s undoubtedly the biggest disappointment of all. 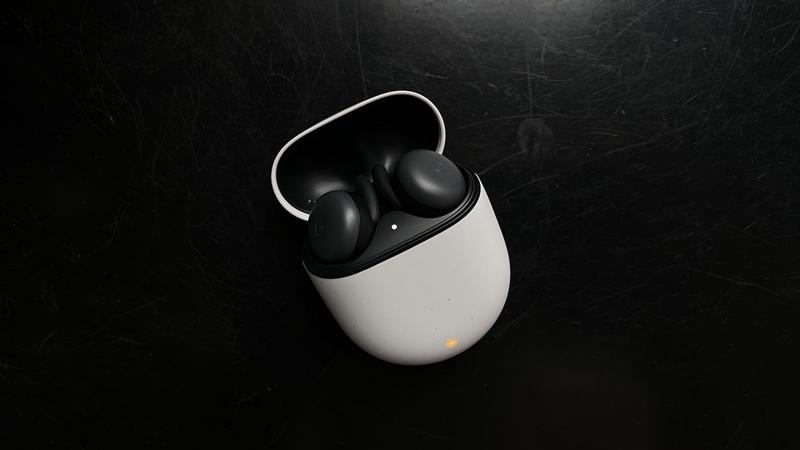 The Google Pixel Buds are available to buy right now, and they’ll set you back £179/$179, making Google’s wireless earbuds more expensive than  Apple’s £159/$159 second-generation AirPods and the popular  Samsung Galaxy Buds+, also at £159/$159.

Sure, the Google Pixel Buds are smarter than much of the competition thanks to Google Assistant, but it also gets the basics of wireless earbuds wrong, with a short 3-hour battery life and an unbalanced audio output, making it hard to justify such a high price tag. For better options, take a look at our selection of the  best true wireless earbuds.

The Google Pixel Buds are impressively small, cute-looking true wireless earbuds, but despite being among the smartest available, they’re certainly not perfect. The touch controls are accurate, the ability to use Google Translate is handy and the always-on Google Assistant is certainly a plus for Android users, but it comes at the cost of battery life, boasting just 3 hours before needing a top-up.

If that wasn’t enough, the audio output lacks any real bass, and the earbuds suffer from connectivity issues too. At £179/$179, Google is asking for a little too much for what’s on offer here.