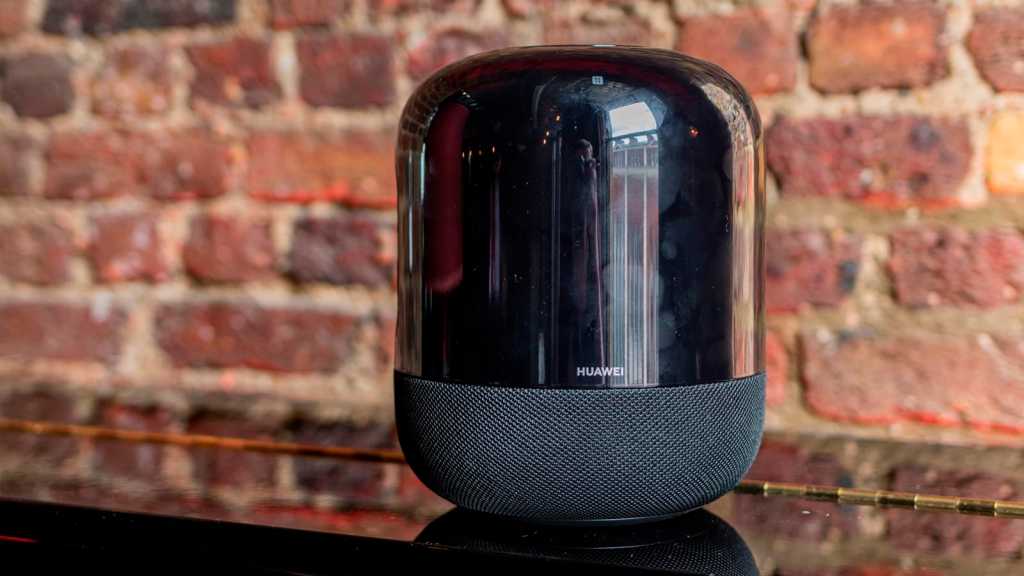 Beautifully made and offering a credible Hi-Fi performance, Huawei’s Sound X is not going to disappoint those seeking a Bluetooth speaker with high-end aspirations, but the lack of smart connectivity is a significant consideration. It namely offers incredible bass and high-end tones that outpace rivals that are a similar size. It’s great for dance and pop then, but rock and metal fans will want to look elsewhere for a better-controlled mid-range. However, despite having the technological capability, the Sound X doesn’t support any digital assistants outside of China. Whether this gets added a later date is unknown.

The wireless speaker market is riding the crest of a wave (WAV?) at the moment, albeit one that’s being driven primarily by smart technology and ubiquitous voice controls. The Sound X offers neither (unsurprising given Huawei’s current trade predicament with the US), rendering this a relatively conservative proposition that relies entirely on its sonic attributes.

That could put it on shaky ground, were it not for the involvement of Devialet. The French brand is known for its posh all-in-one Phantom and Reactor speakers, and innovative technologies like its signature Push-Push dual subwoofers and low distortion SAM (Speaker Active Matching) driver mechanics, both of which are employed here.

Even at £299, the Sound X sells for less than half the price of a Devialet Reactor. Which begs the question: is this actually a bargain-priced Devialet speaker wearing a Huawei badge?

Long story short, yes it is.

The Sound X is larger and heavier than the average smart speaker, but not punishingly so. We wouldn’t put one on our work desk, but it’s about right for a small living room.

The finish is a gloss black, distinguished by a circular grille base which protects a multiple array of drivers. In total there are eight drivers on board: twin 89mm subwoofers, and that circle of six 38mm full-rangers.

The dual woofers are positioned in a push-push arrangement, revealed by cutaways in the cabinet. As the music throbs, you can see them pumping away in unison. 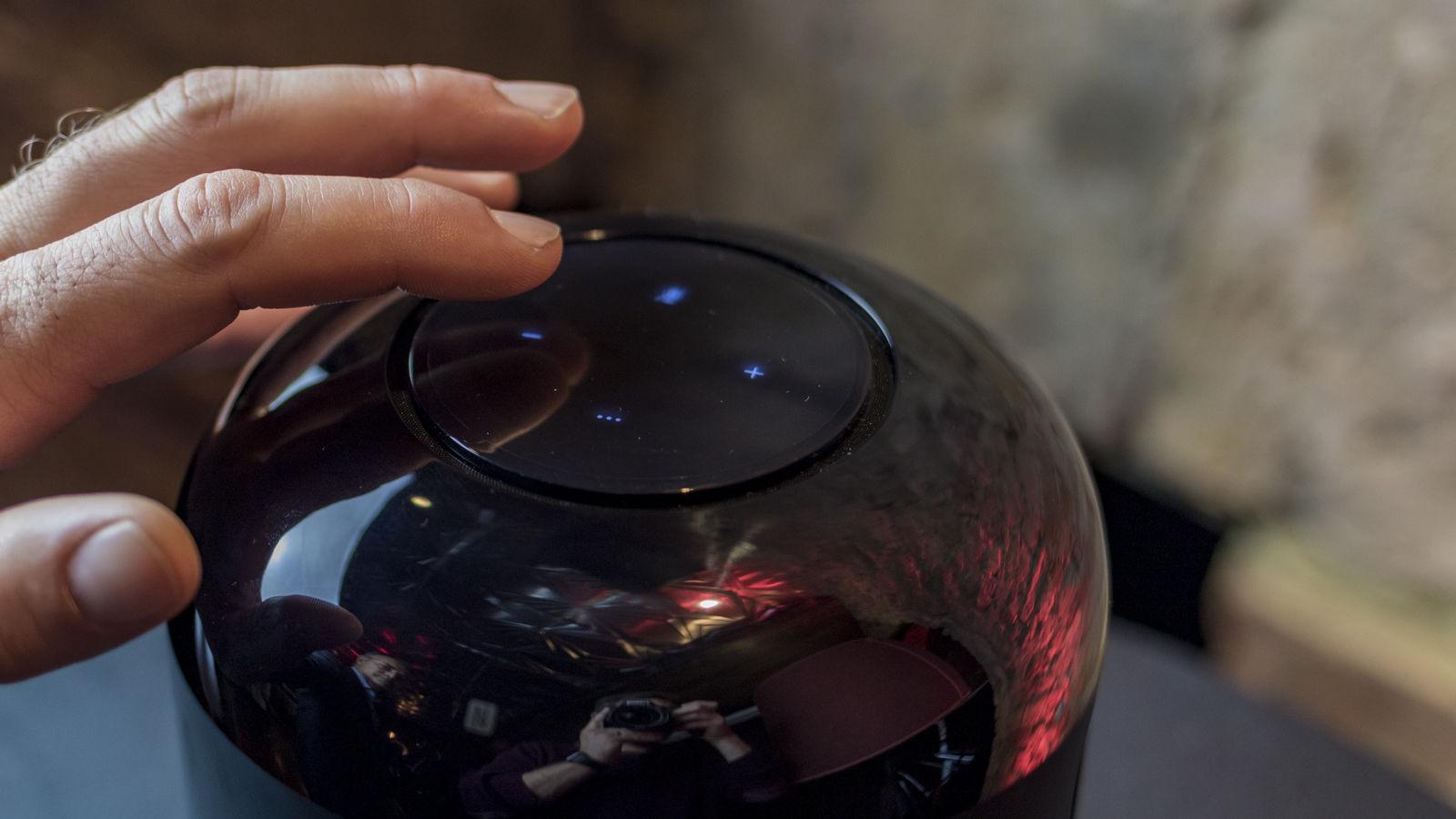 The top of the system offers touch-sensitive volume and pairing controls, which light up when you trigger the proximity sensor. Handy NFC pairing is also available.

Curiously, there’s also an on-board mic, as evidenced by a telltale symbol on the top-plate, but this is non-functioning outside of China. The speaker doesn’t work with any available voice assistants in the West, be they from Google, Apple, or Amazon.

In its home territory, Sound X converses via Huawei’s Xiaoyi voice assistant. It’s entirely possible that at some point, the company may introduce Xiaoyi functionality on a wider basis, but there’s no roadmap that we’re aware of.

The Sound X may lack smart ecosystem support, but it’s not deficit in musicality, and the Devialet pedigree shines through. All tight bass and sweet highs, it’s a superior sounding system that comfortably eclipses comparable speakers with similar physical footprints.

The Devialet Push-Push symmetrical subwoofer design works astonishingly well. Bass is punchy, with no obvious overhang. That Push-Push acoustic design allows one woofer to cancel out the back-wave vibrations of the other, keeping low frequencies taut and muscular.

If you like dance or Euro pop, you’ll relish the way it pumps energetically, those exposed woofers dancing in rhythm.

While the bass sets out to hog the performance limelight, it’s the tweeter array that’s most impressive. Streaming hi-res classics from Tidal confirms their articulation and treble clarity.

There are limitations, of course. Its mid-range performance isn’t always on the money, often sounding just a little too heavy for its own good. This isn’t a speaker for guitar-orientated rock, as riffs seem to get lost in the crossover. 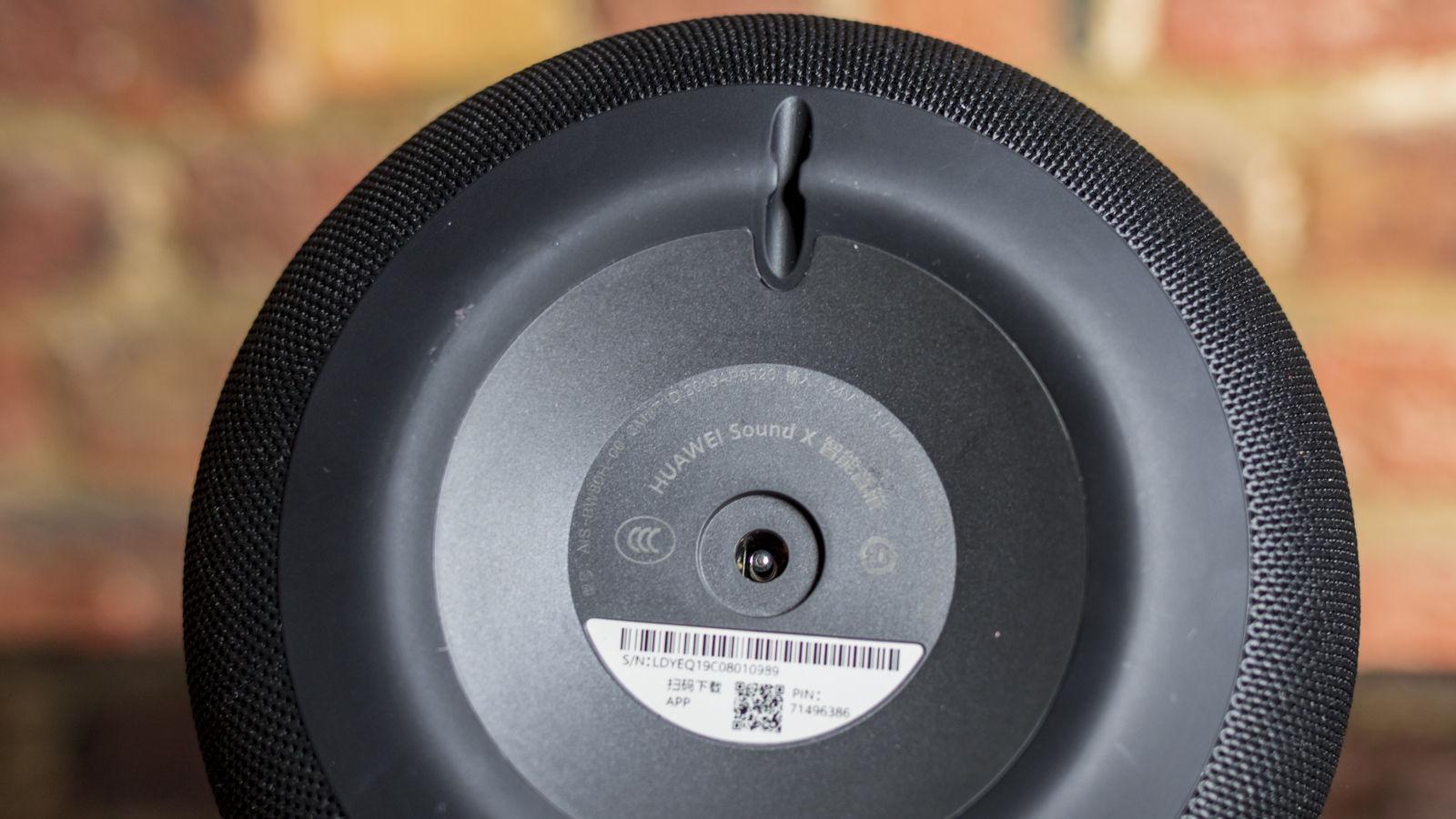 But it’s not short on power. Power output is rated at 65W, with a claimed 144W of overall transient power. In full flight, it’ll pressure load up to 93dB, and that’s a formidable amount of slam. If you need more, buying a fully-fledged Hi-Fi system makes more sense.

The omni-directional soundstage works really well. It’s not stereophonic, but you’ll be equally well served wherever you listen in a room.

The Huawei Sound X can be had for £299 direct from Huawei, which puts it at the high end of the Bluetooth speaker market. The Apple HomePod, which doesn’t perform with quite the same vigour, is £100 cheaper, while the Amazon Echo Studio, which has the obvious benefit of a Dolby Atmos up-firer, sells for £190. So you can see it’s lumbered with quite a price premium. 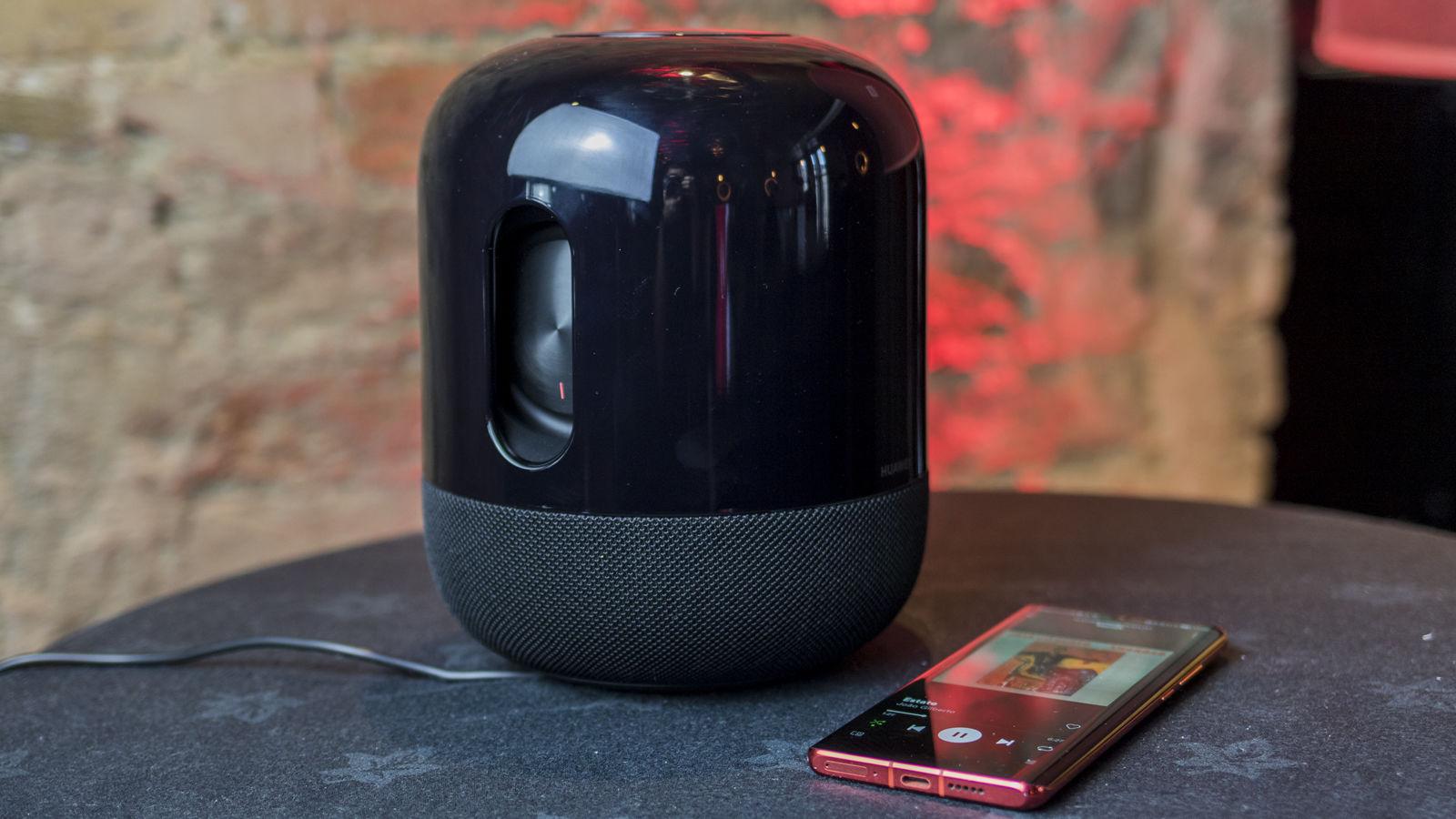 All its rivals can rightfully claim to offer better value for money, but as we’ve hinted, this is in effect, a very inexpensive Devialet – for comparison, the cheapest Devialet Phantom Reactor is a whopping £990. And that levels the field a tad.

It comes with a protective fabric slipcase and outboard power supply.

Beautifully made and offering a credible Hi-Fi performance, Huawei’s Sound X is not going to disappoint those seeking a Bluetooth speaker with high-end aspirations. It’s at its best with bass-heavy dance tunes, reggae and polished pop, but we wouldn’t advocate it for rock and metal.

That lack of smart connectivity though is a significant consideration. Conversely. you don’t have to worry about this particular speaker listening to your in-home banter…