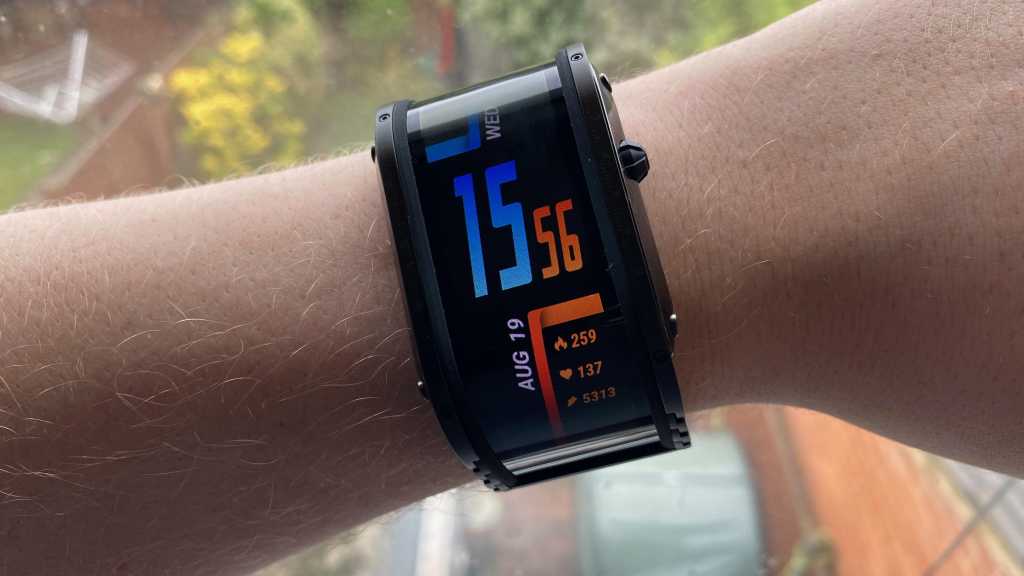 The Nubia Watch is an exciting concept for the future of smartwatches, but despite big improvements over the Nubia Alpha, it’s still not ready for prime time.

Following the release of the flexible Nubia Alpha in 2019, the company is back with the Nubia Watch, looking to fix some of the biggest complaints from the first-gen smartwatch. The idea of having a flexible display wrapped around your wrist is enticing, but much like a phone is more than a device to make calls, a smartwatch has to do more than look good – and that’s the problem with the Nubia Watch.

I’ve spent a few weeks with the Nubia Watch, and despite the impressive implementation of the vibrant, flexible OLED display, I don’t think the Nubia Watch is ready for prime time just yet. Carry on reading to find out why.

The Nubia Watch looks to fix many of the complaints that consumers had with the Nubia Alpha, launched in April 2019, with middling results. The Nubia Watch does look similar to its predecessor, complete with flexible wrap-around display and stainless steel body, but it’s much slicker this time around, ditching elements like the (pointless) selfie camera and the hit-and-miss IR sensor to deliver something slimmer and more attractive to the everyday consumer.

The main highlight of the Nubia Watch is undoubtedly the 4.01in flexible OLED display, wrapping around the front of your wrist to provide you with much more screen real estate than practically any other wearable on the market right now.

Sporting a resolution of 960 x 192 and a pixel density of 244ppi, it’s certainly unique. The tall aspect ratio of the display means it’s not ideal for scrolling through your favourite photos, despite Nubia offering the ability to transfer your favourite snaps to the watch. 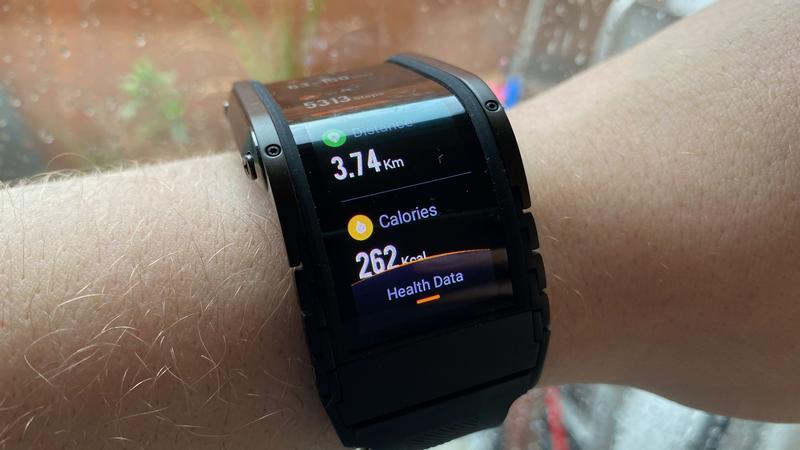 But while it’s not great for photo viewing, it undoubtedly allows the Nubia Watch to display much more information than a standard smartwatch. Aside from the variety of watch faces that take advantage of the extra screen space, it’s most noticeable when tracking exercise and scrolling through the built-in Health app. The apps utilise the upper and lower segments of the display to showcase more information at a glance, negating the need to scroll to view vital data – but more on fitness later.

And, for some reason, there’s also a separate wallpaper-esque mode, allowing you to create full-screen graphics via the Nubia Watch app for iOS and Android. There are a few built-in by default, offering Matrix-esque scrolling effects and a lightshow that reacts to the sound of music, but honestly, I can’t see anyone using that feature, especially as it doesn’t even display the time when the mode is active – a core function of a watch.

Still, odd features aside, the OLED panel is undeniably crisp and vibrant, and the flexible nature of the watch is incredible to see in person. It doesn’t fold like foldable smartphones, removing issues with unsightly creases on the screen, instead flexing to fit the shape of your wrist comfortably.

Despite ditching the camera and IR sensor and slimming down the overall dimensions of the Nubia Watch, it’s still a chunk, protruding quite far from the wrist – so much so that I’ve actually knocked it on things while walking around, and that’s not something I’ve experienced with any other smartwatch.

It actively goes against the slick, sci-fi inspiration of the Nubia Watch, and that’s worsened by the crown-esque side button that protrudes further than most smartwatches. There’s also the issue of weight, with the Nubia Watch weighing in at 98g – almost double that of the Apple Watch Series 5.

That all means that you’ll be conscious of the Nubia Watch whenever it’s on your wrist, and it’ll be near-impossible to sleep with – I gave up after several attempts, making the built-in sleep tracking tech virtually useless.

The flip side of that is that the Nubia Watch is pretty durable, with the solid metal body protecting the flexible display, but with an IP54 water- and dust-resistance rating, it’s actually less protected than the IP65 rating of the original. It’ll still survive the odd splash of water, but it might have problems with heavy rain, and I certainly wouldn’t recommend swimming with it on.

Nubia is also confident that the display can survive thousands of flexes without issue, although I’m sure Samsung said something similar about the Fold in 2019. Still, I’ve been using the Nubia Watch for a couple of weeks now, and it’s still in one piece despite actively showcasing the flexible nature of the display to friends, so it’s tougher than some might first assume!

It’s when you look beneath the hood of the Nubia Watch that things become a little underwhelming; despite the premium price tag, the watch sports the Snapdragon Wear 2100, which was released back in 2017, and has since been replaced by the (newer, but still old) Wear 3100 used in most smartwatches in 2020. It’s not ridiculously slow by any means, but you’ll likely experience a bit of stuttering as you swipe your way around the Watch – especially when opening and closing apps. 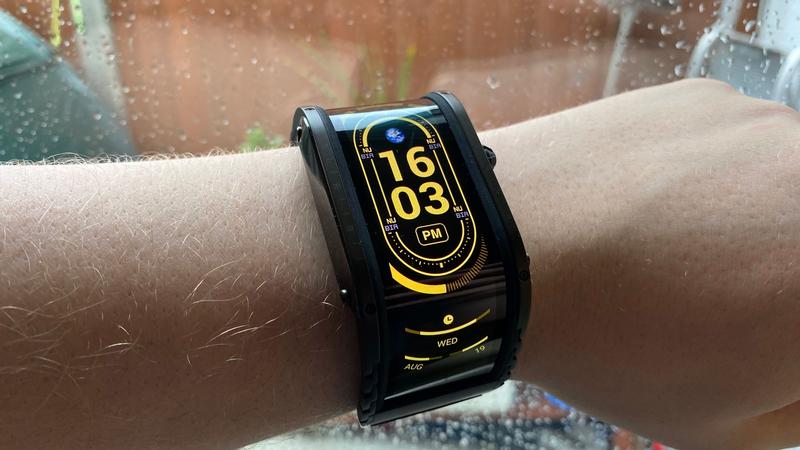 The good news is that there are plenty of watch faces available for the Nubia Watch, some of which sport smart complications that’ll provide you with information like the weather, your current heart rate and more. However, they’re not customisable on-watch like most of the competition.

As alluded to earlier, the Nubia Watch offers both general fitness tracking and support for specific exercises, complete with built-in GPS and a heart rate monitor. On the surface, that sounds great, but scratch the surface and you’ll likely be disappointed; for one, the Watch only supports Outdoor Walking, Indoor Running, Outdoor Running and Free Workout, while watches that cost a fraction of the Nubia Watch offer a suite of exercise tracking modes.

Beyond that, the tracking is pretty basic: when going for a run, it’ll only provide standard stats like distance travelled, calories burned, heart rate and average speed where similarly-priced smartwatches like the Apple Watch Series 5 and Samsung Galaxy Watch 3 provide much more in-depth measurements including cadence, elevation, heart rate charts and even a heatmap of your run. 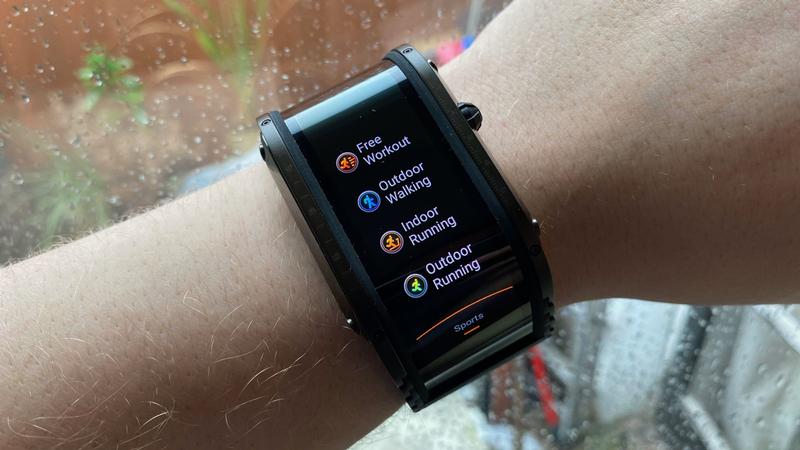 If you can forgive the lack of advanced statistics, you won’t be able to forgive the shoddy nature of the tracking. I ran with the Apple Watch Series 5, Galaxy Watch 3 and Nubia Watch to see how the results compare. At the end of my run, the readings from the Nubia Watch were just shy of 1km less than that of Apple and Samsung’s options, and other readings were off too – and that’s with the optional GPS of the Nubia Watch enabled.

Essentially, if you’re a fitness fan looking for something to elevate your training to the next level, look elsewhere.

And that’s a theme throughout Nubia’s proprietary operating system – most features and functions are there, but whether they perform to a premium standard is another thing altogether.

Take notifications for example; you can get notifications delivered to the Nubia Watch, and you’ll feel a gentle vibration on your arm when you’ve got a new alert, but it won’t be displayed on-screen by default. Instead, you swipe up to access the notification shade, then tap on the individual notification from the list to see the content of said notification – even with such a big display, the text is tiny and almost unreadable.

It’s among the clunkiest notification systems I’ve ever used on a watch, and it’s a shame when many consider notification management to be one of the key reasons to get a smartwatch in general. 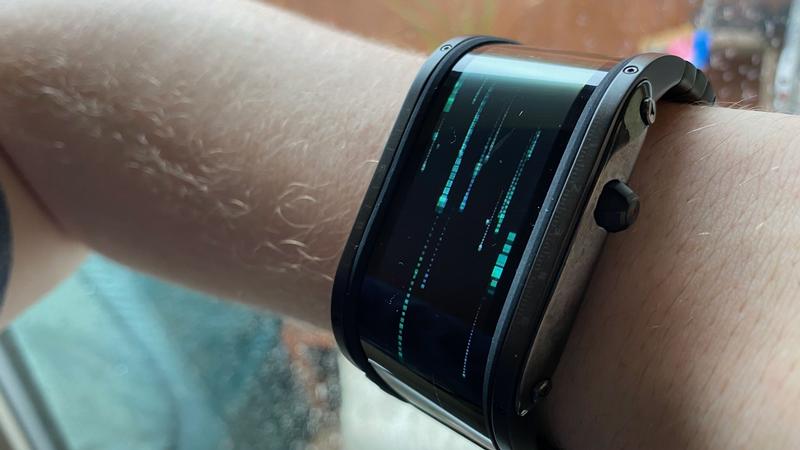 I must admit, I am using software aimed at the Chinese market, and Nubia has confirmed that an International version of the software will be available in September, complete with specific notification support for Facebook, Instagram, Whatsapp, email clients and Line, but I don’t think it’ll change the fundamental problems with the operating system.

Nubia has been a bit cheeky with the marketing of the Nubia Watch; there’s a bold claim of 7-day battery life on the product’s Kickstarter page, but that’s only in power saving mode – you should expect much less with standard performance.

There are plenty of factors that’ll have an effect on battery life, including display brightness, GPS and heart rate monitor usage, the number of notifications you receive and more. Still, generally speaking, I’d just about make it through a full day with standard use and a 30-45 minute exercise session in the evening. That’s not great, but with a 4in OLED panel to power, I’m not really surprised either. 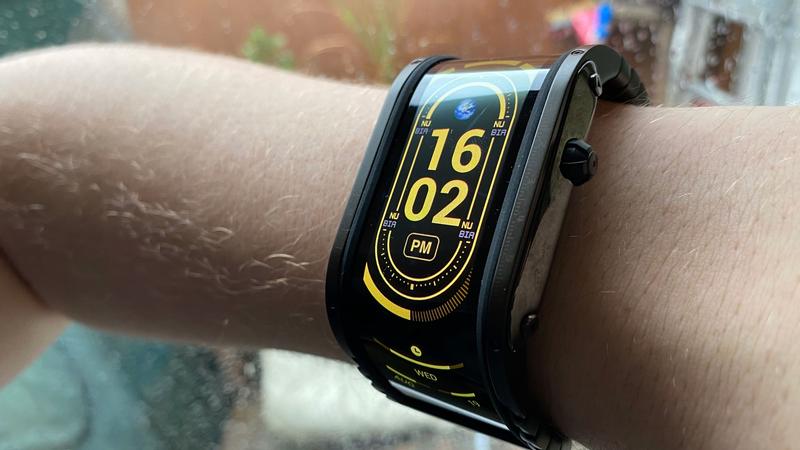 The Nubia Watch is live on Kickstarter right now, and the watch should start shipping to backers as soon as October 2020.

At the time of writing, there are 500 chances to pick up the Nubia Watch at $199, half of the $399 RRP. At $199 (around £151) the Nubia Watch could be a tempting option if you really want a flexible smartwatch and can overlook the big problems with software, but it certainly can’t compete with alternatives at a $399 (around £304) price point.

For better options, I’d recommend taking a look at our selection of the best smartwatches.

On paper, the Nubia Watch sounds phenomenal: it has a 4in flexible OLED display that wraps around your wrist, fitness tracking capabilities and it’s much slimmer and lighter than the Nubia Alpha from 2019.

However, in reality, it’s still much heftier than the competition, the fitness tracking is basic and the software is underwhelming, making it hard to recommend to anybody apart from those that need a flexible OLED smartwatch in their lives, no matter the cost.