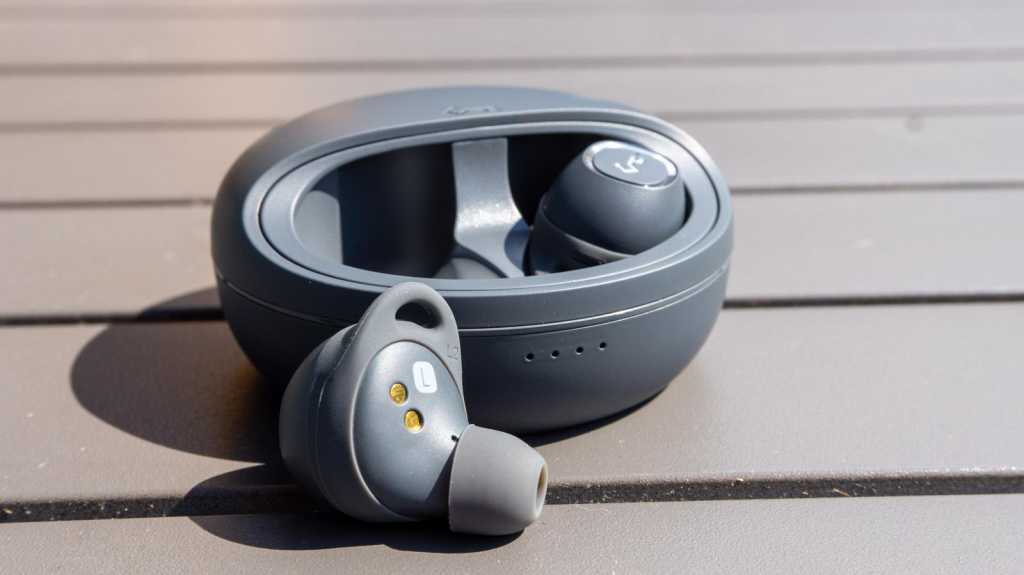 You’re unlikely to find wireless charging earbuds much cheaper than this. Audio quality is nothing special, but solid battery and IPX5 water resistance help make these a good buy for many.

Aukey isn’t a brand known for its audio prowess, but the tech accessory company does a mean line in power banks and chargers, and it’s applied that expertise to the Key Series EP-T10, a pair of budget true wireless earbuds with a killer feature: wireless charging.

The Aukey EP-T10s aren’t the only wireless earbuds that charge wirelessly of course, but they’re among the cheapest to do so. Match that with a novel case design, strong battery life, and decent audio quality and you get a pair of headphones that aren’t the best around, but will be a solid choice for a lot of people.

Design and build: All about that case

At first you might not think there’s a huge amount to say about the design of the EP-T10s. Available only in a slightly drab grey colour, these are fairly by-the-numbers earbuds. 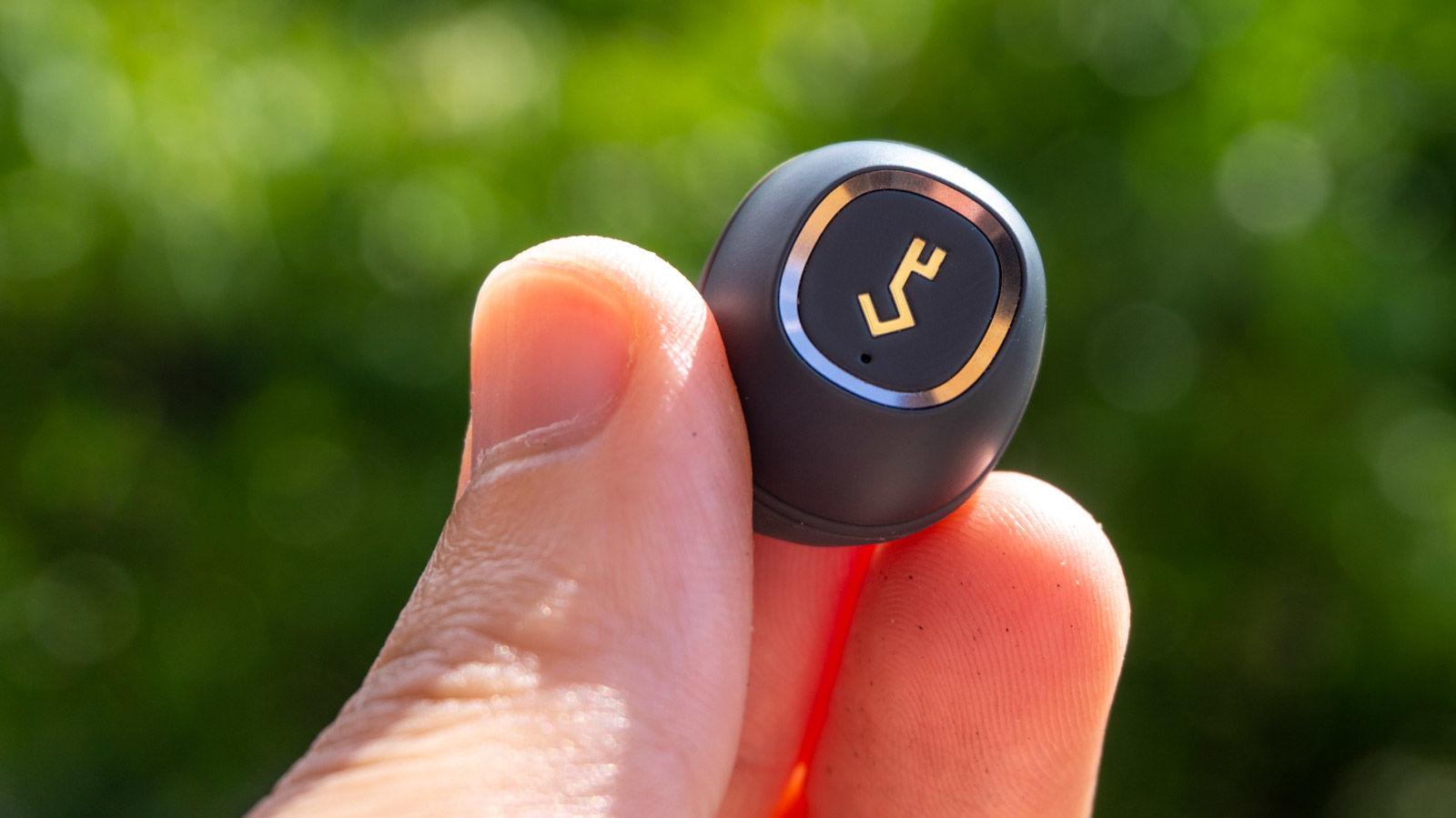 Each bud is a chunky block that sit inside – and basically fill – your ear, with no dangling stem. The Aukey logo on the side looks like it should be a button, but is in fact a touchpad, giving you simple (and customisable) controls for play/pause, volume changes, and skipping tracks.

Each bud comes with a choice of silicone tips and wings to help you find a comfortable fit. This is the first area the EP-T10 buds really let me down, as I never found a combination that was quite right – I was stuck choosing between a set that was uncomfortably large, and another that left the buds moving around just enough in my ears to break the noise seal – though never enough to feel like they might fall out entirely.

You may have better luck of course, and maybe my ears are just the wrong shape for Aukey’s design, but it’s a frustrating problem to run up against with earbuds. Especially so because when they’re in properly the seal is excellent, with the bulk of the buds helping to block out a lot of outside noise for some great passive noise isolation, but the slightest movement in the wrong direction would then rob me of the effect entirely.

IPX5 protection means that the buds are rated against sweat and splashes of water, so should be safe for both sweat and rain, though won’t quite be up to swimming. That would make them a great exercise option assuming you get lucky enough to find a stable fit. 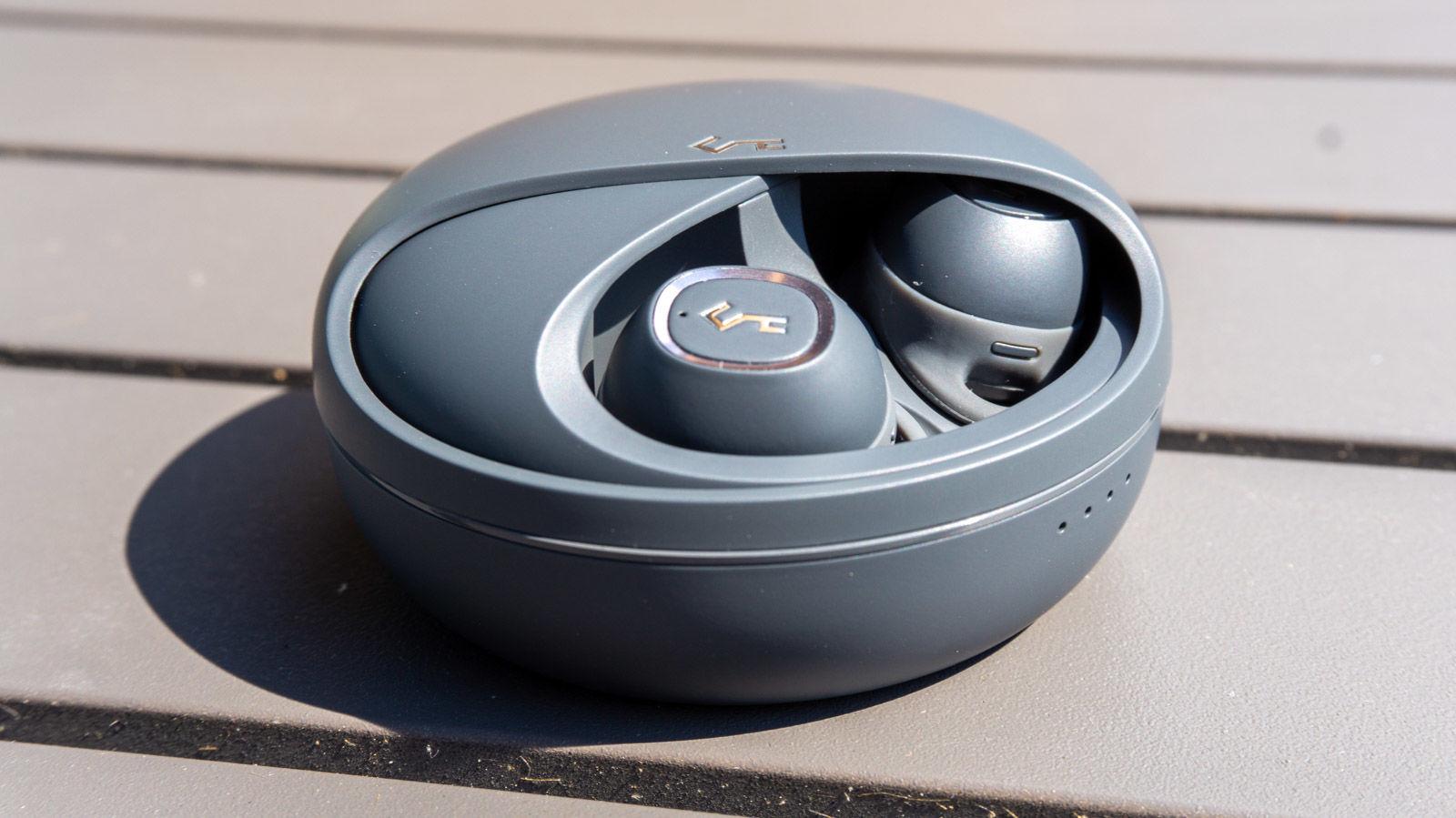 More exciting though is the case. The circular hockey puck design is a touch bulky, but allows for a fun touch: a lid that rotates open to reveal the buds, rather than flipping up and down. That removes the risk of a broken hinge, but more importantly is immensely satisfying to fidget with, and feels faintly sci-fi in a way that adds immeasurably to the headphones’ appeal.

Let’s get this out of the way: these aren’t audiophile headphones.

The EP-T10 buds have relatively small 6mm dynamic drivers which handle mids and trebles well enough but don’t pack much bass to speak of. That leaves music feeling a little thin, and there’s a flatness to the whole sound. Instruments run together a little, making it harder to pick out the individual elements that make up a track.

The sound isn’t bad per se, especially given the price. If you can get the right fit and thus benefit from the noise isolation you’ll probably find that these sound fine, especially if you tend to listen to music that doesn’t rely too heavily on bass – classical, rock, and a lot of pop music will survive relatively unscathed. 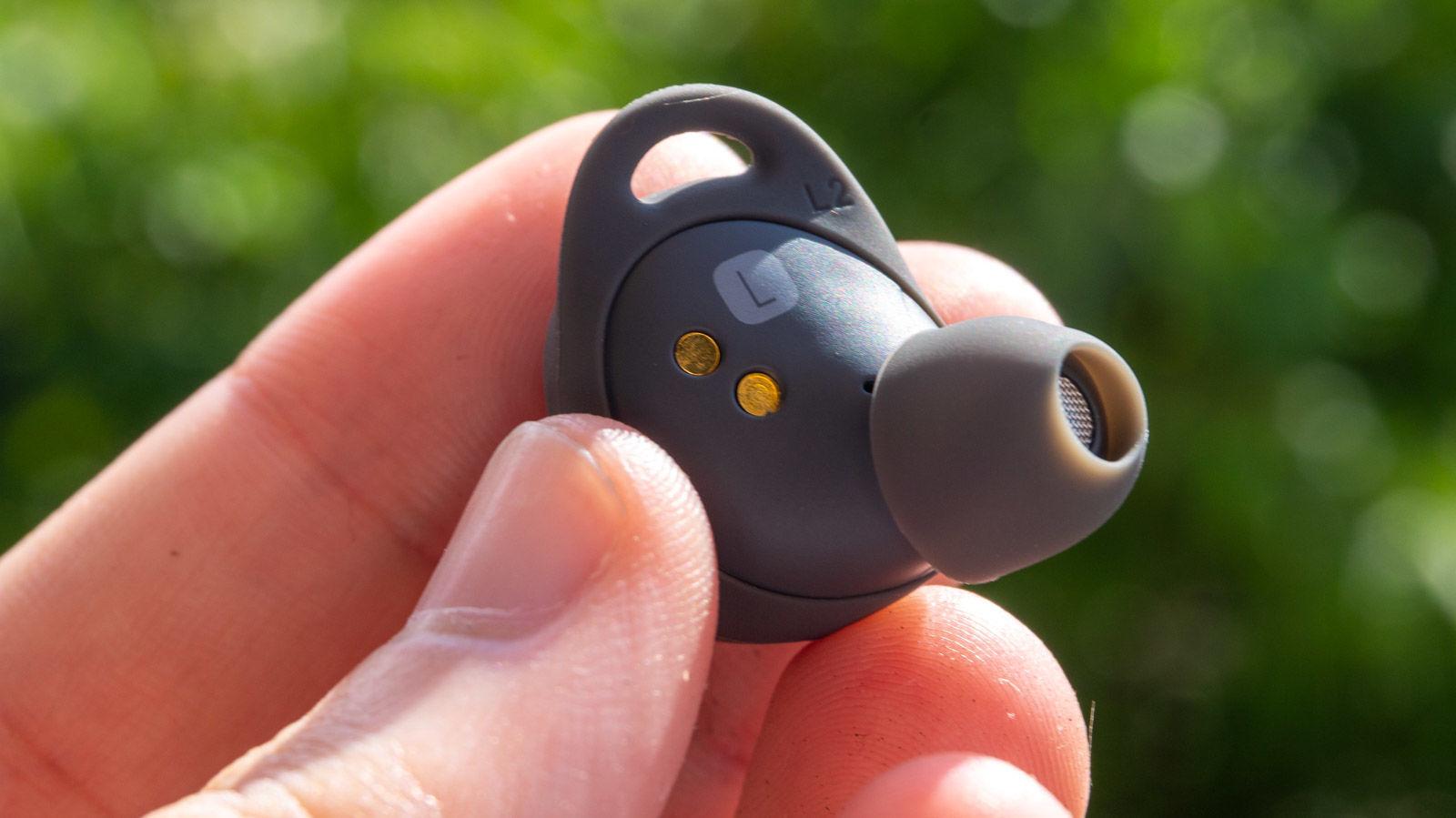 Bluetooth 5.0 handles connectivity. I suffered occasional dropouts and shorter range than I expected – at one point they began to cut out after a couple metres, though were usually better – but on the whole connectivity is solid enough.

Just don’t expect to be wowed on sound – that isn’t where the EP-T10s’ strengths lie, and it won’t be their key selling point for anything.

Battery and charging: Cut the cord

I don’t know if wireless charging will be the top priority for most people spending less than £100/$100 on headphones, but if you already own charging pads then the convenience of dropping the case down on one to top up is undeniable. It somehow feels even more useful for headphones, the sort of product you otherwise forget to plug in until it’s too late. 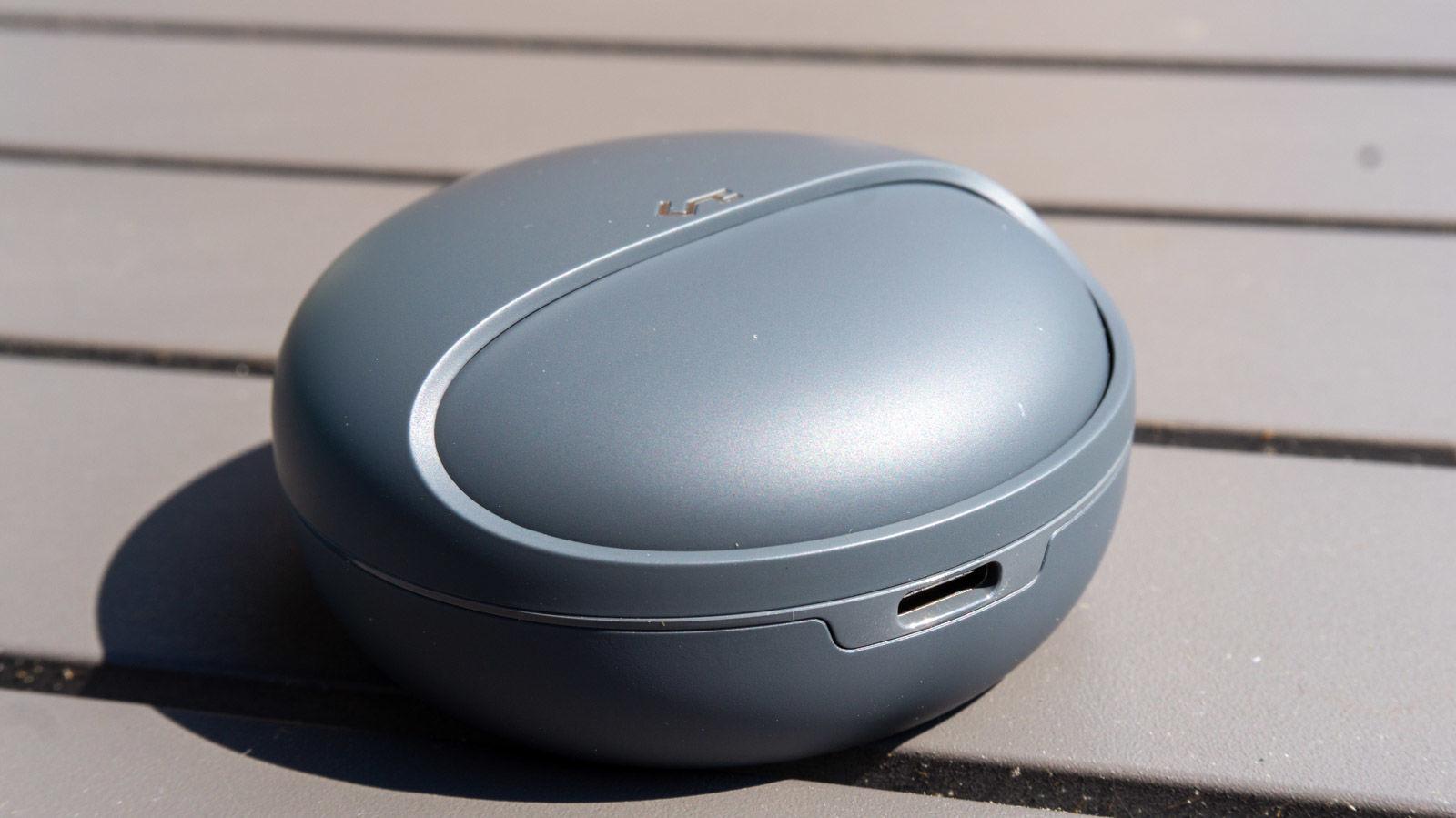 And when you do want to use a wire, USB-C is fortunately included, rather than the Micro-USB you’ll still find on some headphones. Four LEDs also give a rough indication of remaining battery life in the case – more useful than the cryptic colour-changing lights on most rivals.

Once charged, you’ll get seven hours of battery from the buds and a total of 24 hours of battery between the case and buds. Those figures are above average, especially at this price, and mean you won’t have to stress too much about battery life.

That price puts them at the upper end of what we consider budget true wireless earbuds – anything below £100. While the design and sound quality aren’t anything to write home about, the long battery life and wireless charging make these a fairly competitive option if those are your priorities. 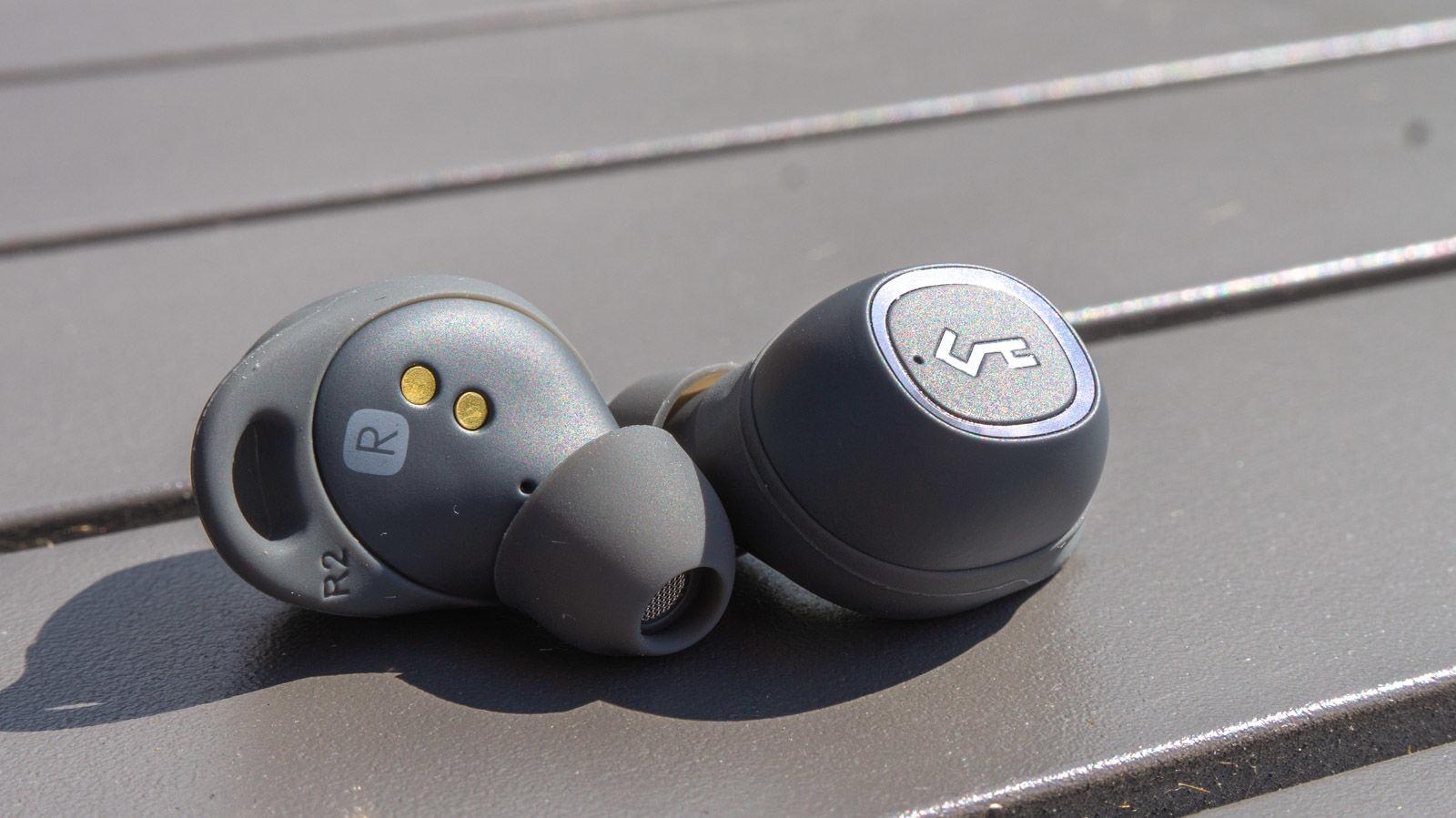 Other good options around this price are the Huawei Freebuds 3i, which offer active noise cancellation but at a hit to battery life; the Creative Outlier Air for superior bass; or the Cambridge Audio Melomania 1, currently our top recommended true wireless headphones for any budget and only a little more at £100 on Amazon UK – though again, you’ll miss out on wireless charging.

If you won’t use the wireless charging then there’s really no reason to opt for the EP-T10s. You’ll get better audio and as-good battery elsewhere for the same price, and can get much better quality by spending only a little more.

For the most part that will mean giving up on the wireless charging however, and with few exceptions you’ll have to spend a lot more to get that elsewhere.