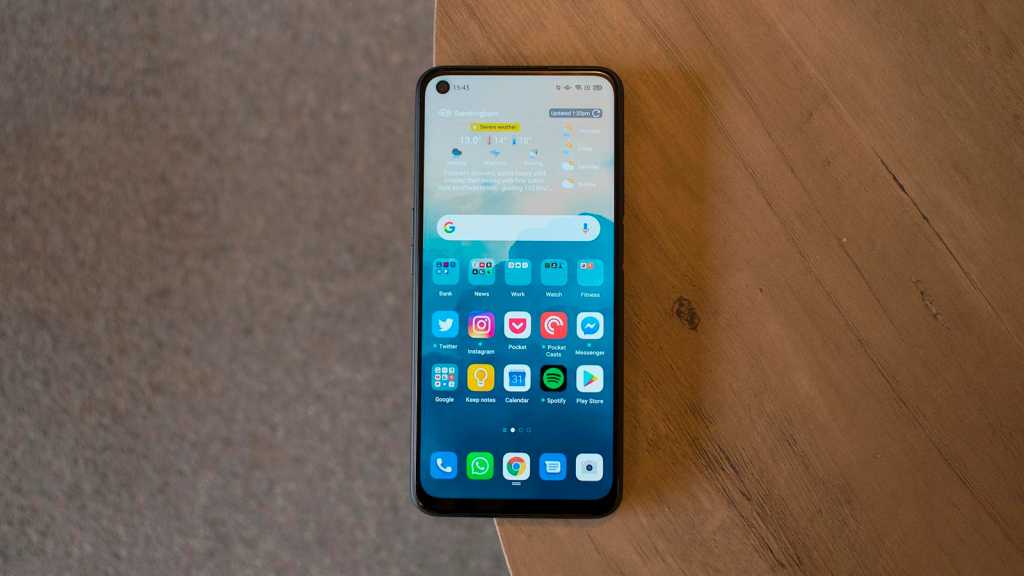 Oppo has made a decent budget phone here with strong design, decent battery life and the best software skin the company has made to date in Color OS 7, but performance isn’t as good as we’d expect.

If you’re considering buying a smartphone for under £250 then you already acknowledge you’re going to be making some sacrifices. Camera, speed, build quality and more will take a hit compared to the phones hitting around £1,000.

But cheaper phones can still do most of the things phones five times the price can, and the £219 Oppo A72 is no different. It runs Android’s Google Play Store, meaning there’s no app you can’t get.

The A72 faces some strong competition for your money from other phones in the same price bracket, and while it does everything you’d want it to, it has some unfortunate performance issues that stop us from wholeheartedly recommending it.

Design – Punching above its weight

Oppo has done a great job with the design of the A72, even if its plastic build gives away the corners cut. My muted Twilight Black review unit isn’t as eye-catching as the Aurora Purple version, but it still looks good when the light catches it, aping the gradient finishes of pricier glass phones.

But the back of the phone is a fingerprint’s dream, not to mention it picks up visible dust and lint like none I’ve ever tested. I was constantly wiping it down, though there’s a cheap silicone case included in the box if you want to cover it.

Otherwise, this is smartphone design 101 for 2020 with a top-left camera cut-out on the screen that works with face unlock, USB-C port and a side-mounted fingerprint sensor in the power button that works reasonably accurately. There’s even a headphone jack – the odd advantage to opting for a budget blower. There are even some passable headphones included.

The triple camera bump sticks out a tad but it’s not a huge issue. This design would have turned heads two years ago but now it just feels like what we’ve come to expect from smartphone aesthetics.

On paper, the A72 looks remarkably similar to the Oppo A9 2020 that we reviewed at the end of last year, but the A72 bests it with a 1080p display rather than 720p. The jump to Full HD is noticeable, though when scrolling through apps like Twitter there’s a lot of ghosting of text.

This is to be expected on a handset of this price and it means that the HD resolution is best enjoyed when viewing still images – not something done often on a modern smartphone when you think about the amount of scrolling and video you’re likely to see.

The screen is a 6.5in LCD, a technology not as capable as the OLEDs found in more expensive phones but colour reproduction is good and the set up is good. That said, when the Realme 6 is available with a 6.5in LCD with a 90Hz refresh rate for the exact same £219, it’s clear that Oppo has been outdone by its own sub-brand here.

Performance and specs – Life on the hard shoulder

While I’ve said the Oppo A72 can do everything a more expensive phone can do that is basically true. It can’t run top-end intensive games – like Fortnite – at the level most gamers will be happy with, but I smashed through several rounds of Asphalt 9, so it can cope with most games that casual players might want to download.

This ability to run games that you might not expect the phone to could be down to Oppo’s ‘Hyper Boost’, a software perk on board that the company says improves gaming performance by upping the frame rate where possible. I’m not sure this is the case, as Asphalt 9 definitely dropped frames, but it never cut out.

The main issue with the A72 is the stutters in performance in general use. Switching between two basic apps sometimes results in dropped frames and simple actions sometimes catch the phone out where other budget phones don’t struggle in the same way. The Snapdragon 665 processor is paired with 4GB RAM, which is just about enough for the OS to cope.

But for those who are just hitting up Instagram and texting, this won’t affect day to day use. 128GB storage on a phone of this price is also outstanding and there’s a microSD slot alongside the dual SIM slots that can all be used simultaneously too.

One of the best things about the phone is its battery life. On a phone with lower specs, the 5,000mAh cell is an absolute monster. This a two-day phone with light use and any power user will struggle to kill it in one. It’s so good that it meant I looked past the performance flaws and enjoyed not ever worrying about running out of juice.

The included charger is an 18W brick, but it isn’t as speedy as Oppo’s phones are known for. In 30 minutes, it only charged up 34%.

One thing to note is that even though call quality is great, the first time I set up the phone, the Phone app didn’t work. I missed calls and couldn’t place them and I had to hard-reset the device to get it to play nice. Since then calls have been absolutely fine but it was an odd bug considering the A72 uses Google’s own phone app rather than Oppo’s.

The below benchmark tests show how the A72 compares to phones of similar prices and specs. The Geekbench score clocks the processor, while several different GFXBench results compare the maximum frame rate of video playback at different levels, testing the GPU.

Cameras – Flaw on the four 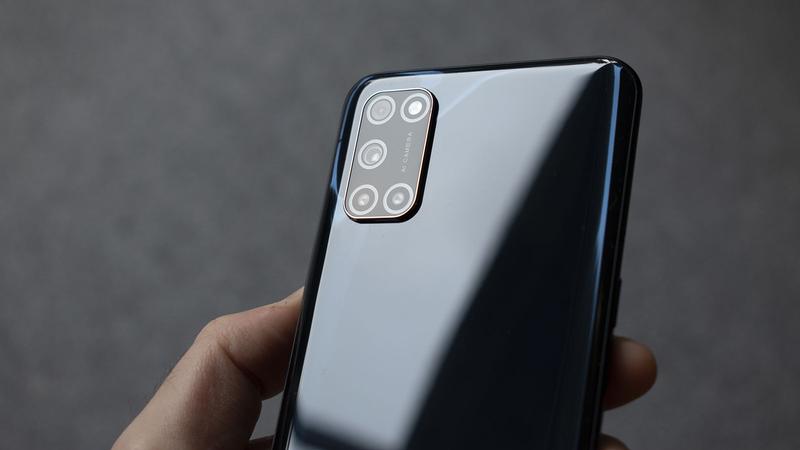 I commend Oppo for the photography prowess it has managed to stuff into a phone this price and four rear cameras on a budget handset certainly looks good at first. Realistically, the 2Mp depth and 2Mp black-and-white sensors don’t bring much to the table but the 48Mp main and 8Mp ultrawide make for a good pairing.

Ultrawide shots look good and it’s nice to have the perk of capturing more of a scene, but the colour science is pretty off and shows its limitations in some cases. The 48Mp main sensor is where I got the best shots, with great results in decent outside light. There’s also a night mode which, while nowhere near as magical as expensive iPhones or Pixels, means you can snap acceptable shots in low light far better than other budget phones.

Color OS has, for a long time, been Oppo’s Achilles’ heel, as it pumped out gorgeous phones with iffy Android skins. Thankfully, Color OS 7 on the A72 is the best version ever and is exactly the same skin you’ll find on the £1,099 Find X2 Pro.

It’s cleaner in its look and gets out the way by changing less than before. It still has weird annoyances, like only being able to swipe left to dismiss notifications, but overall it’s a massive improvement over Oppo’s software from even six months ago.

The A72 is the right side of affordable at £219 from retailers like Carphone Warehouse. But with phones like the Moto G8 at £179 and the outstanding Realme 6 at the same £219, you’re going to really have to dig the A72’s looks to pick it over another budget phones.

It’s by no means a bad deal, but the few performance issues I’ve come across makes me inclined to suggest you consider other options.

The Oppo A72 sits nicely in its bracket as a solid budget smartphone with excellent battery life, solid cameras in good lighting and a modern design. If you really can’t spend any more than about £200 on a phone then it should be one you consider, though the Realme 6 bests it in many areas.

It’s a very similar phone to Oppo’s own A5 and A9, both of which you may be able to find quite a bit cheaper. But the A72 does have a 1080p display and Android 10, two things both those phones lack.