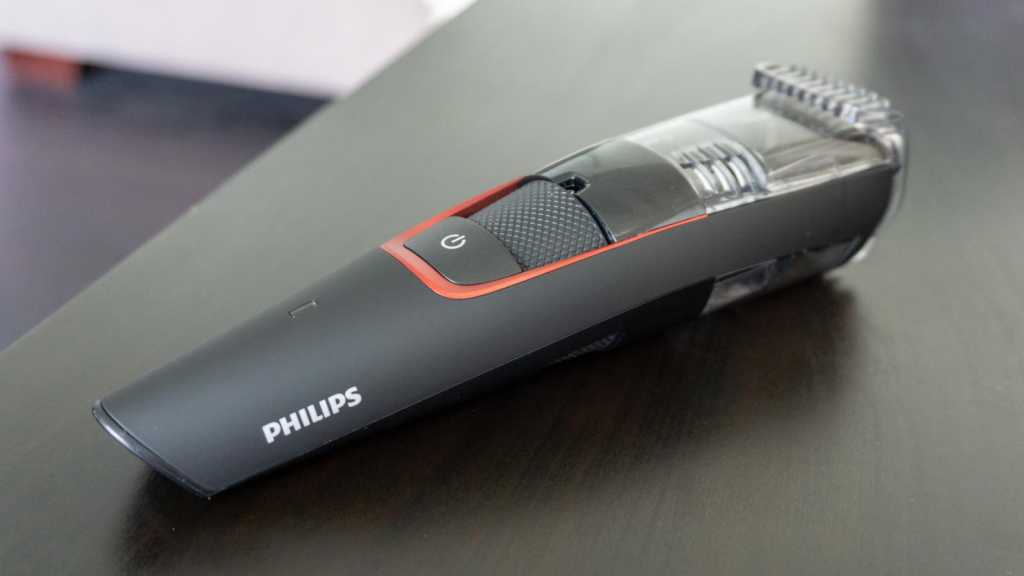 The Philips Series 7000 is an attractive, effective beard and stubble trimmer that nails the basics – versatile settings and impressive battery life – while also offering a little something extra in the form of the vacuum chamber.

If there’s one industry that’s enjoyed a coronavirus lockdown boom, it must be beard and stubble trimmers. I know I’m not the only one who decided to forgo shaving as I locked myself indoors, and I’m sure I’m also not the only one who quickly realised that an untrimmed beard is a sin against man and God.

Left to their own devices beards look terrible, so a trimmer is a necessity whether you’re growing yours out or just trying to keep it in check. There are plenty out there, but the Philips Series 7000 beard trimmer offers a decent mix of reliable performance, interesting features, and a price tag that won’t break the bank.

Aesthetics probably aren’t your first concern when buying a beard trimmer, but you still want something that isn’t a total embarrassment to your bathroom cupboard. 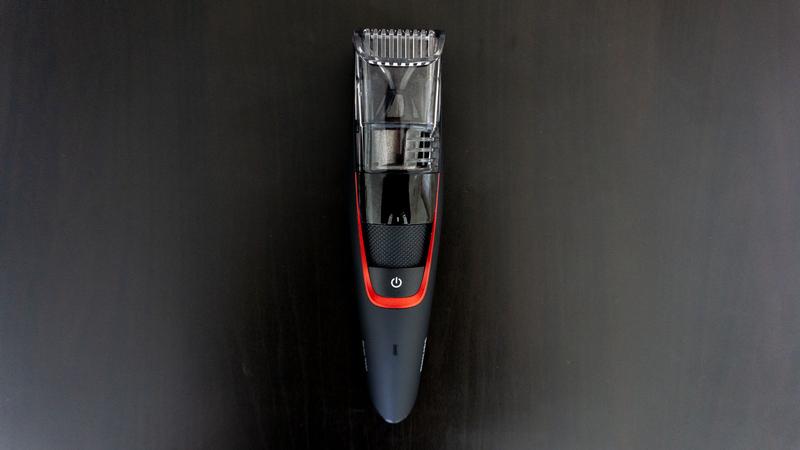 The Series 7000 has a fairly clean design that feels modern and comfortable. The matt black finish is both attractive and practical – it’s easy to keep clean, and makes stray hairs less noticeable too.

A slightly grippy finish helps the Series 7000 feel secure in the hands, and it’s curved comfortably to suit your grip. At the top you’ll spot the integrated vacuum chamber – more on that later – which looks surprisingly cool for a razor. The only downside is the transparent plastic, so you’ll always be able to see your trimmed ends – though at least that’s a good reminder to keep the trimmer clean.

One minor inconvenience – the curved shape means that the trimmer won’t stand up vertically unless there’s something to lean it against, which is a little annoying in cramped cupboards, but hardly a dealbreaker. 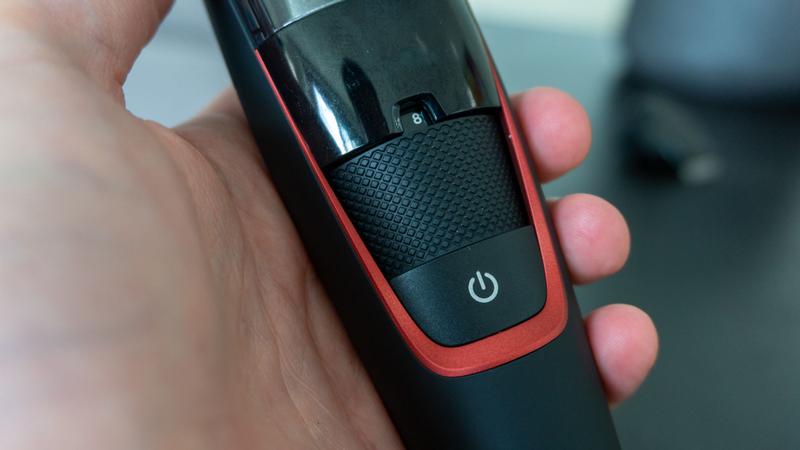 Controls are minimal. A single LED on the front shows power and charging, and there’s a big, hard-to-miss power button to turn the trimmer on and off. Above that sits the length control: a grippy dial that takes just enough force to turn that you won’t accidentally shave shorter than you meant to, and is satisfyingly clicky and robust.

The Series 7000 ships with a comb and a trimmer, and both are easy to clip on and off with minimal fuss.

A beard trimmer is unlikely to be the sexiest bit of tech you ever pick up, but Philips has worked hard to make the Series 7000 earn its place in your bathroom cabinet, and it really does look the part, with plenty of practical touches to win you over too.

So how does it do for actually trimming your beard? 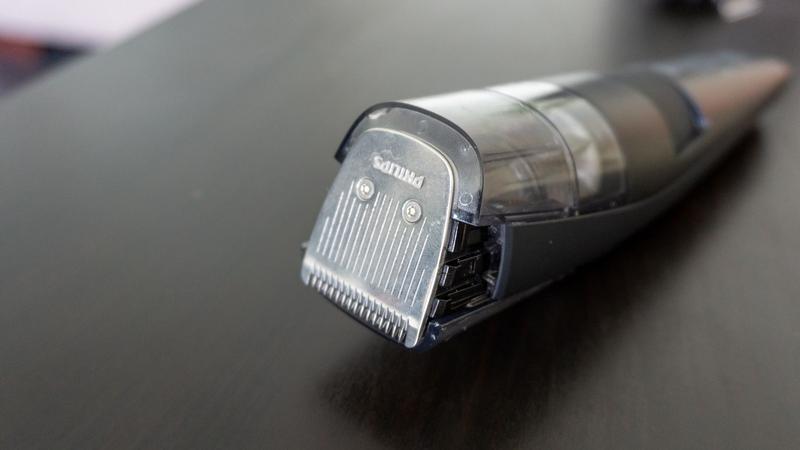 Well first off, you get a choice of twenty length settings at 0.5mm intervals, from 0.5 up to 10mm, all accessed through the same simple dial. That means this is good for stubble up to short beards, though for anything longer you’ll probably want to look at hair clippers or plain ol’ scissors.

That’s a decent range though, and since it’s so easy to switch between settings the Series 7000 is pretty well-suited to people who trim different parts of their beard to different lengths.

Together with the comb trimming is smooth and comfortable, and the Series 7000 offers enough power to cope with my lockdown beard at least. 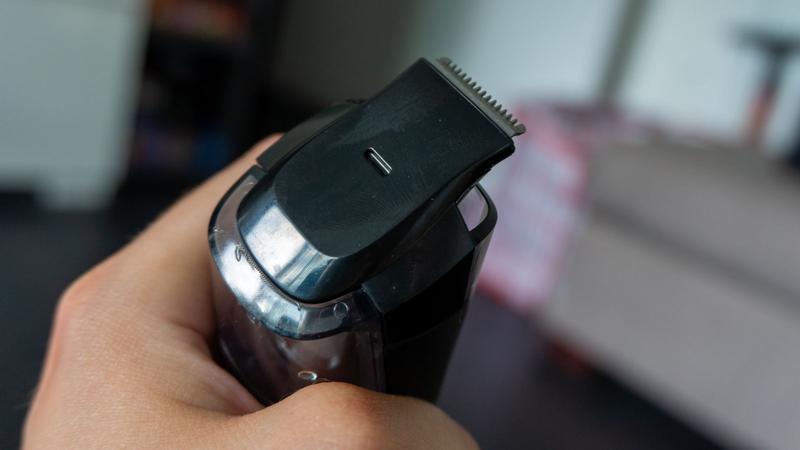 The trimmer is less impressive – designed to let you trim hard-to-reach spots and detail the edges of sideburns or a mustache, I found it difficult to maneuvre and surprisingly bad at actually cutting hair, which is really the main thing it’s there for. It’s okay in a pinch, but it’s the real weak spot here.

Backing it all up is the integrated vacuum. This doesn’t actually contribute anything to how the Series 7000 trims your hair, but instead does its best to suck up all the loose hair before it falls.

The vacuum doesn’t quite catch everything – so you’ll still need to take a little care with where you shave – but it does avoid the worst of the mess. Emptying it out is simple enough, but you’ll have to live with the fact that some hairs will always cling to the edges, and you’re never quite likely to get the razor spotless again. 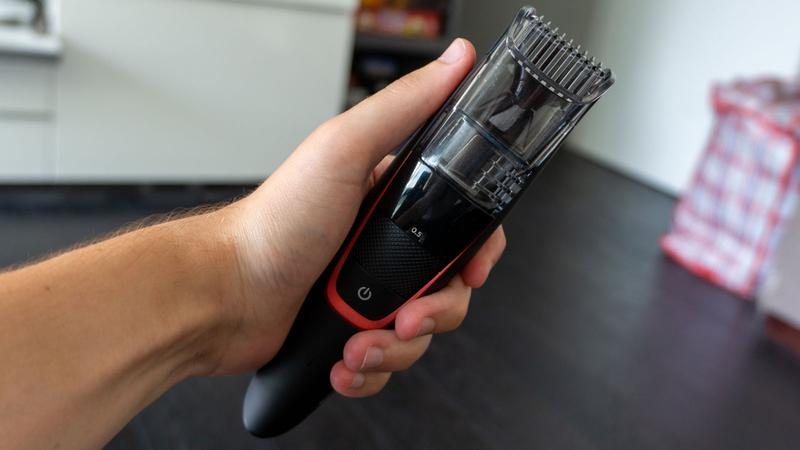 That’s partly because the Series 7000 isn’t waterproof, so you can’t use it in the shower or wash out the vacuum chamber. You can wash the comb, trimmer, and blades once you remove them from the body – so long as you then dry them pretty thoroughly – but can’t wash the main body at all.

You might think the vacuum would have a hefty impact on battery life, but the Series 7000 will still last up to 60 minutes on one charge, which is far longer than it should take you to trim your beard. And if it does run out, or you forget to top it up, it can be used while it’s plugged into power too.

At its RRP of £80/$55 the Series 7000 feels pricey in the UK, though fortunately it’s actually widely available for much less than that. At the time of writing you can grab it from Amazon, John Lewis, or Boots for just £50, at which price it’s a bit of a steal. 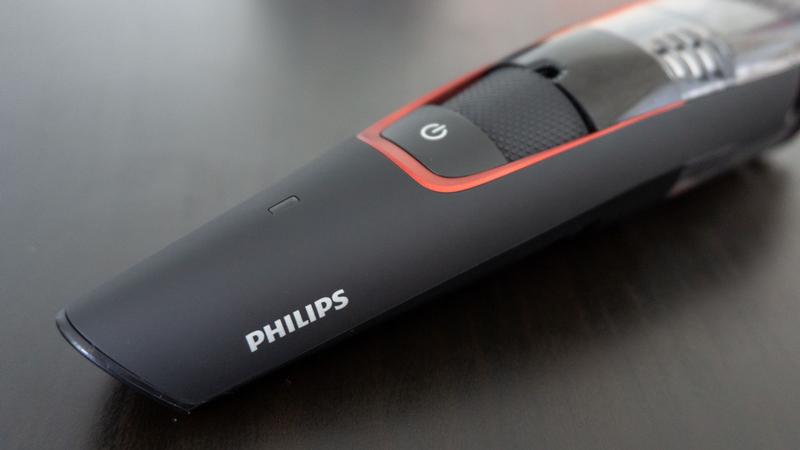 There are cheaper shavers and trimmers – check out our pick of the best electric shaver deals for some inspiration – but few that will match this on features or battery performance at that price.

The Philips Series 7000 is an attractive, effective beard and stubble trimmer that nails the basics – versatile settings and impressive battery life – while also offering a little something extra in the form of the vacuum chamber.