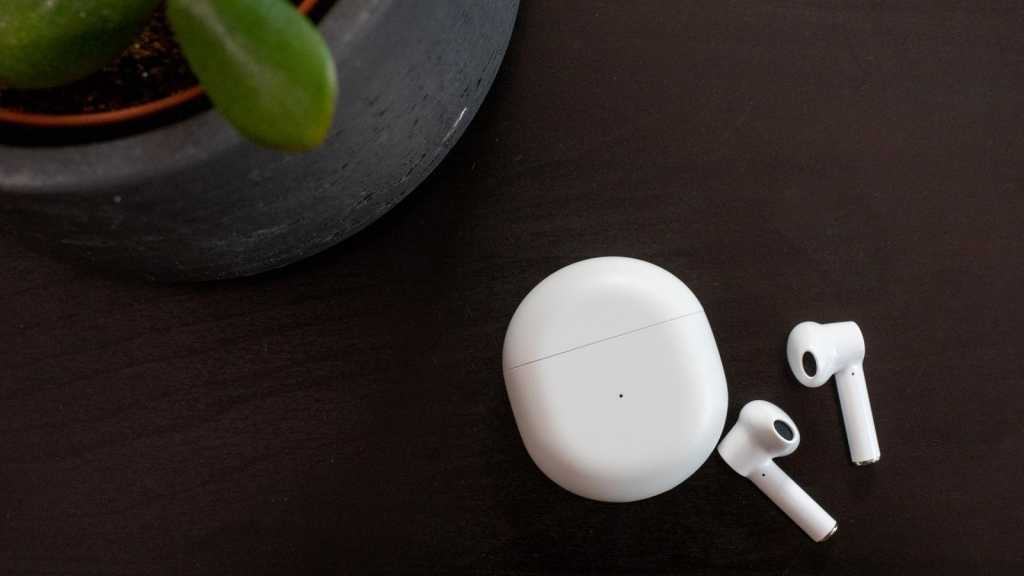 If you own a OnePlus phone the Buds aren’t a bad buy, but if you use any other phone you’ll miss out on the low-latency mode, fast charging, and control customisations, making the OnePlus Buds hard to justify for anyone other than existing fans.

OnePlus may be a phone company first and foremost, but its headphones have proved surprisingly successful, offering strong performance at cut-throat prices – the same approach that earned OnePlus its smartphone success in the first place.

The company has been surprisingly slow to jump on the true wireless bandwagon though, sticking to neckbuds as recently as this April’s budget Bullets Wireless Z.

Enter the OnePlus Buds. In true OnePlus fashion these are budget true wireless buds that undercut the competition by launching at just £79/$79 while still packing in 30 hours of total battery life, fast charging, and IPX4 water-resistance.

Still, it’s not all rosy, and more than ever OnePlus feels like it’s playing to the gallery here. OnePlus owners will find the Buds a good budget buy – the ideal accompaniment to the simultaneously launched OnePlus Nord phone – but other phone owners need not apply.

The OnePlus Buds take some pretty obvious design cues from Apple’s first-gen AirPods, with a nod or two to the company’s own previous earphones.

Like the AirPods, these use a half-in-ear design with no silicone tips, and a long stem that hangs below the main buds. Get them in white and the AirPod comparison is irresistible, though the blue and grey (which really looks almost black) finishes stand out a little more.

There are OnePlus flourishes, to be fair. The slight cylindrical shape of the body is a trademark of the company’s Bullets headphones, capped by a now-familiar reflective circle (supposedly inspired by seashells, but even OnePlus itself now admits it looks more like a CD).

The Buds look attractive enough – if familiar – though the design has disadvantages. Anyone who’s used AirPods will know that with no silicone tips they let outside sound in like anyone’s business, and the same is true here. You’ll hear everything around you on top of your music, and there’s not much you can do about it.

I also found the Buds persistently uncomfortable. Silicone tips soften the feel or earphones, while also allowing you to customise the fit. Without this flexibility, I found that the OnePlus Buds dug into my ears and never quite sat right. They may fit you better, but you won’t know until you try them – quite the risk even at a relatively affordable price.

The controls are awkward as well. A small touch surface on each earbud handles input, but for some reason OnePlus has limited this to a double-tap or long-press, with no other control options.

By default double-tapping skips tracks while long-pressing disconnects or reconnects the Bluetooth, with no play/pause control beyond taking the headphones out of your ear. You can change these default settings of course – but only using a OnePlus phone, which means anyone on another device will be stuck with a pair of headphones that don’t have a pause button.

At least you get IPX4 water-resistance, so you can feel fairly comfortable that the Buds will survive a splash of rain or even accidentally getting submerged.

As for the case, it’s almost egg-shaped, and comes in a simple matt finish to match the colour of the buds. A single LED indicates battery level, a USB-C port handles charging, and a button on the back helps with pairing. It’s simple, unobtrusive, and relatively slim, if a little bit larger than some rivals to accommodate the Buds’ impressive battery.

Audio is driven by a 13.4mm dynamic driver in each bud. This is the largest driver OnePlus has used yet in its headphones, and it allows the Buds to offer bass oomph that outclasses its predecessors.

These aren’t the deepest or most powerful headphones around – or even the bassiest buds – but they deliver enough to keep up with The Chemical Brothers, and that’s alright by me.

The mix isn’t too bass-heavy either, with a well-balanced sound profile that should suit most genres and tastes. Outside of music, there’s support for Dolby Atmos – the same tech coming to Apple’s £249/$249 AirPods Pro via software update later this year – which adds dynamic virtual surround sound if you use the Buds while gaming or watch movies.

Speaking of gaming, there’s an extra treat here for mobile gamers, but only if you use the Buds together with a recent OnePlus phone. Activate the Fnatic gaming mode on your phone and the Buds will switch to a low-latency mode, dropping to just 103ms latency, to keep the sounds perfectly in sync with gameplay – though this will come at some hit to battery life.

Call quality is impressive too. OnePlus has built in three microphones on each bud, which it uses both to pick up your voice and reduce ambient noise on calls. Lots of headphones do this, but few do it well, and OnePlus’s iteration is impressive. It doesn’t block out everything, but did a good job cutting out most of the noise from the busy road right next to my flat, which is quite the achievement.

Battery life is always an area where OnePlus excels, and the Buds are no exception. The earbuds and case combined offer a total of 30 hours of battery life – not the best around, but honestly not far off.

Battery life on the buds themselves is less impressive, admittedly. OnePlus says you’ll get seven hours of music playback, though I only managed a little over six. That’s plenty for a commute, but won’t cover a full workday or a long flight. You can find longer battery life elsewhere – the Samsung Galaxy Buds+ are the current champs at 11 hours – but admittedly not without spending more.

Charging is typically impressive too. There’s no wireless charging sadly, but 30W fast charging means that 10 minutes plugged in to a compatible OnePlus charger will get 10 hours of battery life into the case.

Note that you’ll need a OnePlus 30T charger – not included here – to get that effect, and be warned that actual buds don’t charge as quickly – only the case. 10 minutes in the case will get you about an hour and a half of music listening.

At £79/$79 – available to order from OnePlus now – the OnePlus Buds sit at the upper end of what we consider budget true wireless earbuds, where there’s fierce competition.

In the UK just £10 more gets you the Huawei Freebuds 3i, which include silicone eartips and active noise cancellation – though admittedly struggle on battery life. Even better are the Cambridge Audio Melomania 1, which we think are the best true wireless headphones around right now, and are just £100 on Amazon.

The OnePlus Buds offer a solid feature set for the price point, but there’s too much competition for them to be the slam dunk value offering they’re clearly intended to be.

If you’re already in the OnePlus ecosystem, the Buds aren’t a bad buy. Solid sound, good battery life, and fast charging all appeal, even if they’re held back by a dated design that’s both uncomfortable and impractical.

Unfortunately if you own any other phone you’ll miss out on the low-latency mode, fast charging, and control customisations, making the OnePlus Buds a terrible choice to use with anything other than a OnePlus phone.