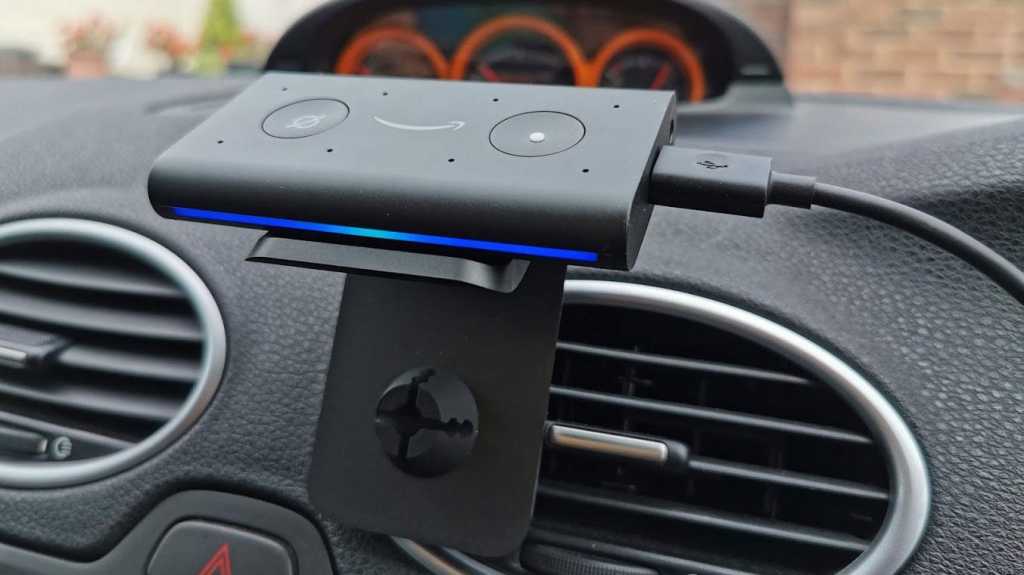 The Echo Auto is great for older cars without a modern infotainment system, but you’ll still need your phone and mobile data to make it work.

Reviewing the Echo Auto in July 2020 seems a slightly strange thing to do given that it has been available in the US for quite a while now. It is new to the UK, but is basically identical.

If you don’t know much about the Echo Auto, it’s essentially Alexa for your car. It’s not just an Echo Dot in a different plastic body though: it’s been designed specifically for the extreme temperatures in a car and a microphone array which allows Alexa to head you clearly over road & engine noise, air conditioning and music.

The Echo Auto is a dinky little thing that just about fits in the palm of your hand. It comes in just one colour, black, and attaches to an air vent using the supplied mount. These are the types of compatible and incompatible vents: 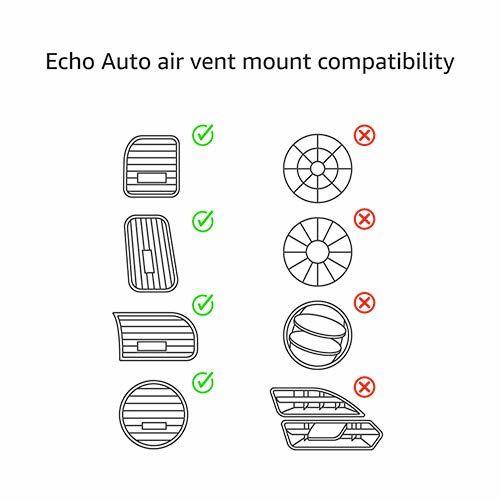 You get a micro-USB power cable in the box along with an adapter that plugs into your car’s 12V accessory socket. It has two ports, so there’s a spare one for charging your phone or another gadget.

While there is a built-in speaker, that’s for setup and startup only and Alexa uses your car speakers to talk to you and play music. You have two options to achieve that: a 3.5mm aux cable or Bluetooth.

This does all mean that some cars won’t be compatible with the Echo Auto, but most will be. The most suitable cars are older models from around 2000-2012 which may have aux inputs (or even Bluetooth) but no built-in CarPlay or Android Auto.

Hiding the two wires (one if you’re connecting via Bluetooth) might be a challenge, so the Auto may not be the most seamless addition to your dashboard.

If your car has only an aux input, the Echo Auto will double as a Bluetooth adapter so you can stream music from your phone to your car stereo.

Your phone, of course, is a key ingredient in making the Echo Auto work at all. It requires its data connection to give life to Alexa. Without that, it can’t do anything.

What does the Echo Auto do?

You might reasonably wonder why you’d need an Auto at all. A phone with a data connection and the Alexa app (or Siri or the Google Assistant) can do a lot of what the Auto can do.

Plus, of course, your phone has a screen which can display a map and offer turn-by-turn guidance, which the Echo cannot.

However, if you already use Alexa in your home and like to choose music hands-free by asking her to play songs, then the Echo Auto does make sense.

Of course, like any Echo, the Auto has the full gamut of Alexa skills. So you could ask her to add something to your shopping list, set a reminder or add an appointment to your calendar. You could use any of the extra skills you’ve enabled to play games or control smart gadgets such as outdoor lights or even a garage door opener.

Some of Alexa’s capabilities are already duplicated by your car stereo, so you’re unlikely to ask her to play a radio station, but you might appreciate being able to start playing the next episode of a podcast or to continue the Audible book you’re listening to.

Streaming music works just like it does when you’re using an Echo at home. That even applies if you don’t get your music from Amazon and it comes from Apple Music, for example.

For navigation, Alexa will open the default app (set within the Alexa app) and set it to the destination you’ve asked for.

You can also say “Alexa, take me to the nearest petrol station” but the one she picks may not be the nearest: it’s whatever is the closest that she knows of.

I also had problems navigating to contacts, despite allowing the Echo Auto to access my phone’s contact list. In some cases this was because – for unknown reasons – there was no address associated with that contact, despite the address being present in the Google version of that contact. 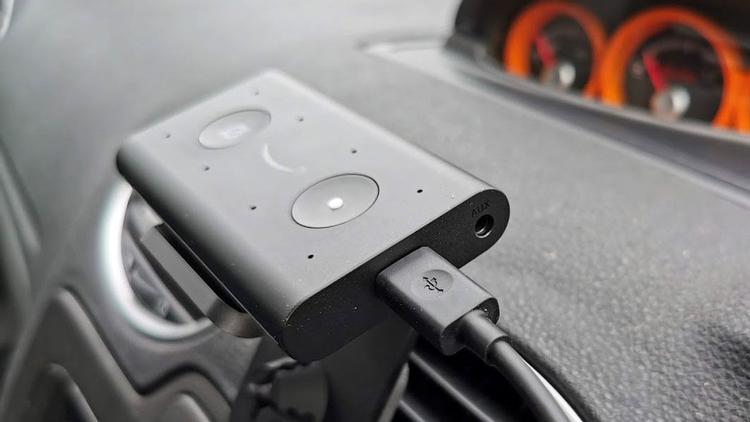 Don’t forget that you need to set your car stereo to the aux input or Bluetooth in order to hear Alexa. You can’t be listening to the radio, a CD or any other source and also use Alexa.

Things get a bit unpredictable when you ask Alexa to make calls. You can ask her to call any of your contacts (those synced with the Alexa app) and she will make that call through your phone.

What happened – to me at least – was that the call was routed via the phone’s earpiece, which is no use when you’re driving. Similarly, asking her to Drop In on one of my Echos at home had the same effect, instead of routing the sound through the car speakers.

That could have been because the Echo was connected via an aux cable rather than Bluetooth, but at no point during the setup did it ask how to route the audio from calls.

You can buy an Echo Auto from Amazon for £49.99. It’s $49.99 in the US, but has been discounted from that price almost constantly since it launched. That’s not the case in the UK, where there’s no introductory offer at all.

Also check out our roundup of the other Echo devices that Amazon sells.

The Echo Auto isn’t the first car-based device to have Alexa: I’ve already tested dash cams from Nextbase and the Roav Viva. But the Echo Auto is the best at hearing my voice over all the noise, and was easy to set up.

Whether it makes sense for you will depend largely upon what car you have and the capabilities of its audio system.

If it already has Bluetooth then you won’t really gain anything in terms of navigation or calling since Siri and the Google assistant are already pretty capable of handling these hands-free.

But for music and general Alexa skills, it’s very good and brings the experience you get using an Echo at home to your car. Some skills aren’t useful in this context, but many are, such as being able to turn on the heating and lights at home while you’re driving.