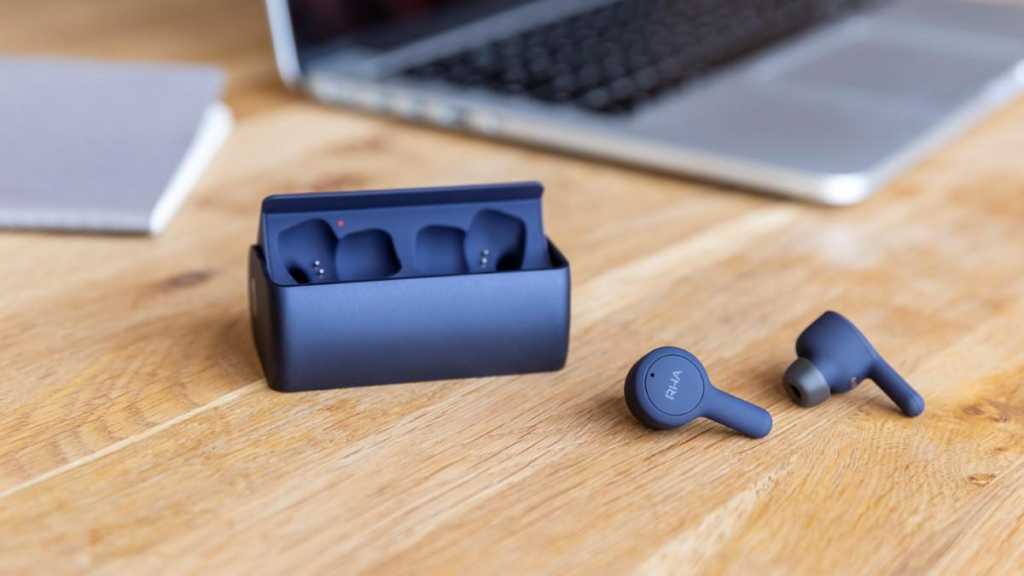 As long as noise cancelling isn’t a must have, the TrueConnect 2 are hard to beat with incredible battery life along with excellent build quality and various upgrades.

Following up from its first pair of true wireless earbuds, RHA is back with an upgraded version. Enter the aptly named TrueConnect 2, which are the same, but better.

The wireless earbud market has exploded since Apple launched the original AirPods and it’s easy to see why. This style of in-ear headphone is able to travel anywhere with you, get charged up by the carry case while still offering excellent sound quality.

That’s exactly what RHA did with it’s first attempt, with the TrueConnect getting a rare five star rating. Somehow, this 2nd-gen model is even better and yet come in at a cheaper price.

The TrueConnect 2 look exactly like the original pair and I can hardly blame RHA. They were and still are one of the nicest looking pairs on the market.

Although they might look identical, RHA has made some invisible upgrades to the design.

They start with an IP55 waterproof rating meaning they’re protected against sweat and splashes of water – like rain. That’s great news for those, unlike me, who want to go running in all weathers.

It also means they’re easier to clean if they happen to get dirty or dusty. The first five is the upgrade though – previously IPX5 – meaning they’re now fully dustproof, too. 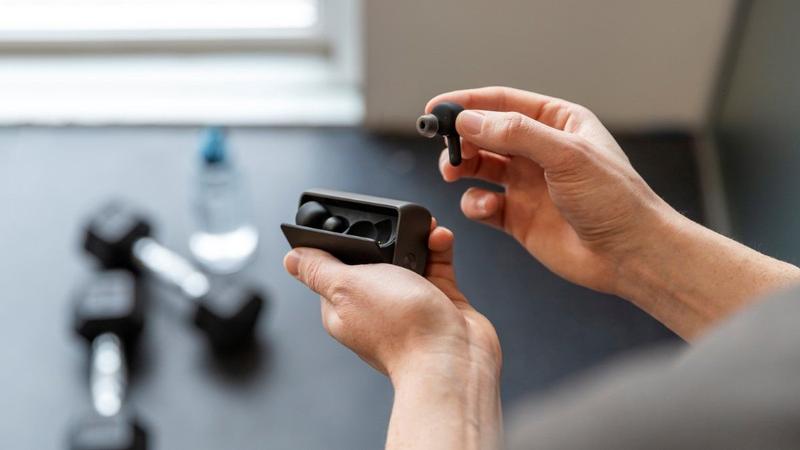 A more useful upgrade here is touch controls. The first pair had push buttons which meant slightly nuding the earbuds into your ear canal, which isn’t ideal.

Although this is reasonably common for wireless earbuds, the implementation is often flaky and frustrating.

Luckily, that’s not the case here and I’ve found the controls among the best I’ve tried. And due to the design of each earbud, I didn’t find I accidentally touched them while making comfort adjustments much at all.

The touch sensitive area is simply on the main circle of the earbud where the RHA logo is and each earbud can do different things.

There’s a slightly complicated set of taps you’ll need to learn but it doesn’t take long and most are pretty intuitive anyway.

At just 6g each, RHA has created very lightweight earbuds and this helps with comfort – especially for long listening sessions. There are a range of tips, so you should be able to find a good fit, although it’s a shame there are no Comply foam tips this time around. 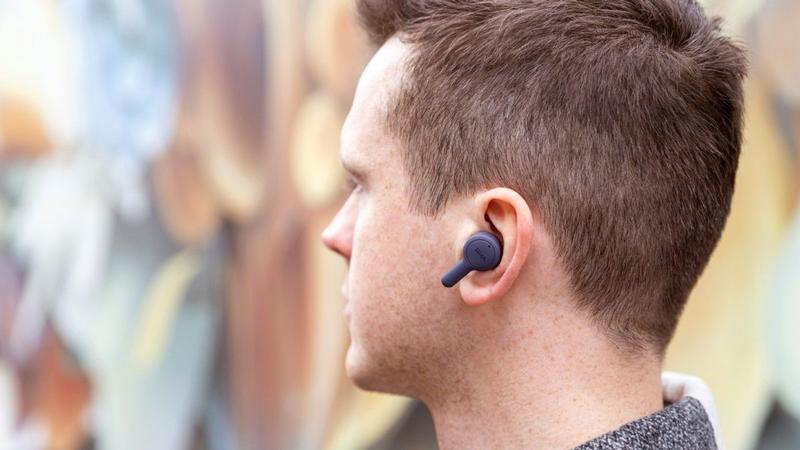 The case is still one of the best around with a stylish and compact design, able to be operated one-handed and with a good level of magnet strength to hold the earbuds in. I would only add a fourth LED so that each represents 25% of the battery level.

There’s an upgrade to the case that’s very important but I’ll get to that later.

Before I get too into this section, there’s still no active noise cancelling here so the wait goes on for RHA’s first pair of ANC cans. However, the fit means you do at least get very good noise isolation.

It’s hardly surprising that they don’t have ANC considering the price has gone down compared to the first generation TrueConnect.

A couple of hidden upgrades start with improved bass as RHA says it has ‘refined the sound signature’. The drivers are still 6mm but there’s certainly more power at the low end – and I’ve compared them side-by-side with the original.

Still, it’s not over the top and the tuning suits a wide range of genres with a clear, dynamic mid-range and bright top-end.

There’s further good news as the RF (radio frequency) has been improved for stability and a few extra meters of range (now 15m). I didn’t experience any drop outs, using them for a month.

More importantly, the TrueConnect 2 supports the AAC codec so they sound better when connected to iPhone. Though aptX is still missing, RHA tells me it prioritised the connection response of another chipset.

Call quality is improved as well, with two microphones on each earbud. One on the stem near your mouth and one on the main part for cancelling out background noise. 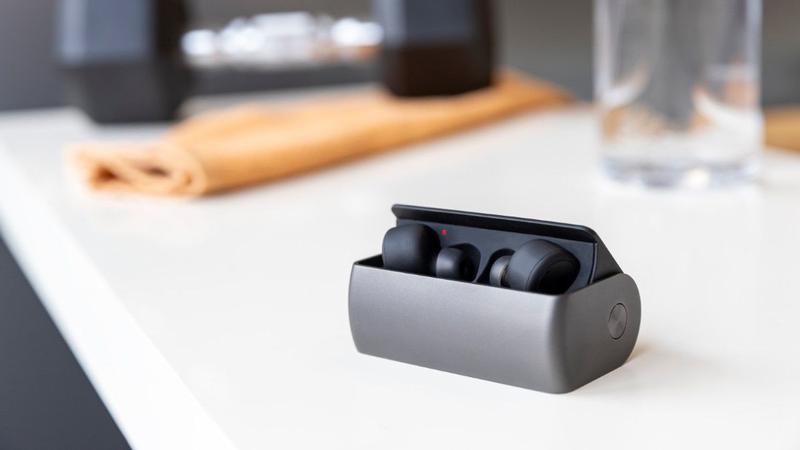 Last but by no means least, RHA has performed something of a miracle when it comes to battery life.

While the originals lasted five hours on a charge and the case took them to a total of 25 hours, the TrueConnect 2 can go for a whopping nine hours and 30 minutes alone – add in the case and the total comes to 44 hours.

A boost of over 75% is nothing short of incredible.

That puts them right up there with the longest lasting wireless headphones on the market. I’ve been using them for almost a month in mostly short sessions, and some longer ones, and the case still doesn’t need topping up.

As I mentioned at the start, the RHA TrueConnect 2 are cheaper than the original pair, not even the same price despite upgrades.

Of course, there are cheaper wireless earbuds out there but these are at a similar level to the Cambridge Audio Melomania 1 and Samsung Galaxy Buds+.

Neither of those rivals have noise cancelling but if you are looking for that, you could be tempted by the Huawei FreeBuds 3i at £89, although they suffer from poor battery life.

See our chart of the best true wireles earbuds to check our current top 10.

Making a product both cheaper and better is a rare occurrence in tech so props to RHA for pulling this off. That means, somehow, that five star wireless earbuds just got even better.

And they’re not just a bit better; the firm has made a whole bunch of upgrades including AAC codec support for better sound when hooked up to iPhone.

Slightly improved durability is not to be sniffed at either, along with punchier bass. However, the addition of touch controls is a bigger change and then there’s the epically boosted battery life.

Although they don’t have active noise cancelling, which can be found on cheaper earbuds, those rivals cannot tick many of the boxes that the TrueConnect 2 do.

If you’re looking for an excellent pair of all-rounder wireless earbuds then you probably just found them.