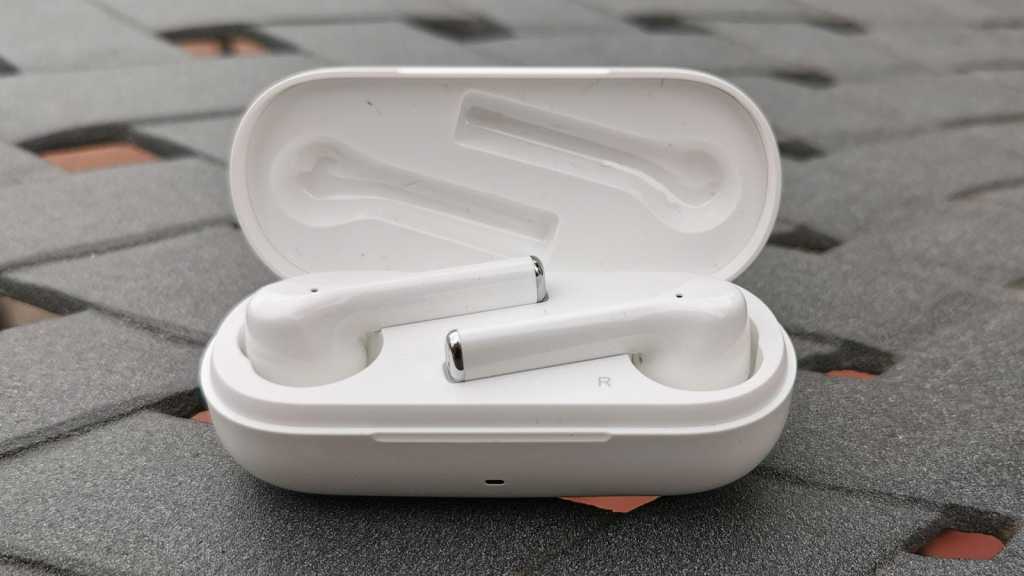 Excellent value if you want active noise cancelling. The FreeBuds 3i also sound great, but battery life is on the short side.

Huawei’s Freebuds 3 were impressive when I reviewed them last year. For the price, they offered great sound quality and battery life. And, unusually, they had active noise cancellation (ANC) despite being an open-fit design.

It wasn’t perfect, but worked well in indoor environments such as an office or your home.

Now, Huawei has launched the Freebuds 3i, a more affordable option with ANC and a closed-fit design. That sounds like a recipe for success, but the 3i’s battery life isn’t quite as good as some of its rivals.

If you’re already familiar with the FreeBuds 3, then you might think the 3i sports a new design. But it’s actually very similar to the original FreeBuds from 2018. 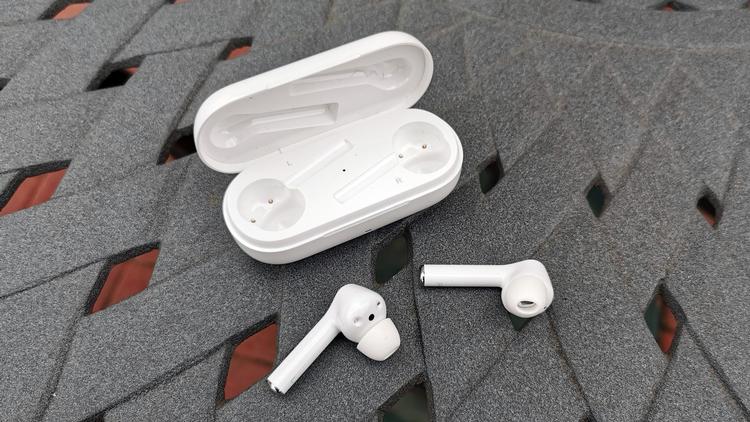 The case is compact and the buds themselves are slimmer than the AirPods Pro. The glossy white finish is obviously a similarity, as is the active noise cancellation.

Software, though, is where the FreeBuds really copy the AirPods: when you open the case, a graphic appears on your (Huawei) phone which looks exactly like the one you see with AirPods on an iPhone.

There were a few teething problems getting the FreeBuds to pair with a P30 Pro, but I’m told this is unusual and after resetting the buds and updating the AI Life app, I had no further problems.

You need the app to change settings such as the gesture controls and update the firmware. By default, double-tapping the right bud pauses or plays the current song, but you can choose another function such as calling the Google Assistant or – on recent Huawei phones – Celia. 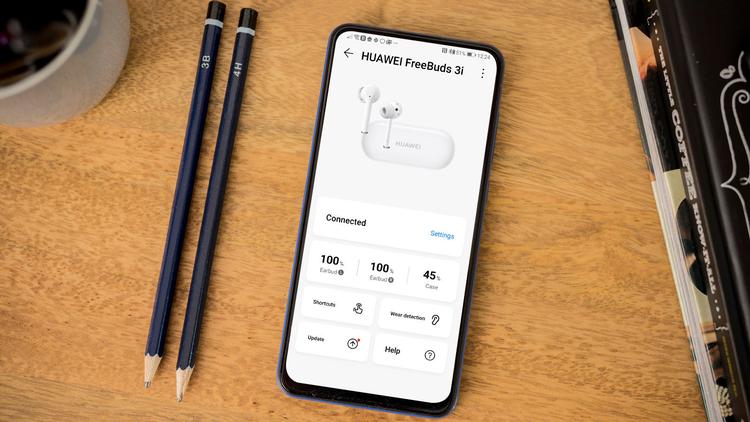 The list of options is short: next song, previous song, voice assistant and play/pause. A double-tap will also answer and hang up phone calls.

Touching and holding the bud toggles through the noise control modes: ANC, Off, Awareness. The latter uses the built-in mics so you can hear your surroundings. And you can pick which of these three are included in the modes to cycle through. You have to hold for what seems an unnecessarily long time (about two seconds), which is frustrating.

There’s also wear detection, which you can disable. It automatically pauses the audio when you remove a bud, and continues to play when you replace it in your ear. But it works only if you have a Huawei / Honor phone running EMUI 10 or later.

If the fitted silicone tips don’t fit your ears snugly, there are three more pairs to choose between in the box.

In terms of sound quality, there’s a lot to like for the price. Optimised for music, they’re loud and there’s loads of bass. So the FreeBuds 3i will suit anyone who loves the low frequencies to dominate their music.

It gets even heavier if you enable Dolby Atmos or the Huawei sound effects, but you can of course adjust the equaliser (using the controls your phone or music app offers) to adjust the sound. 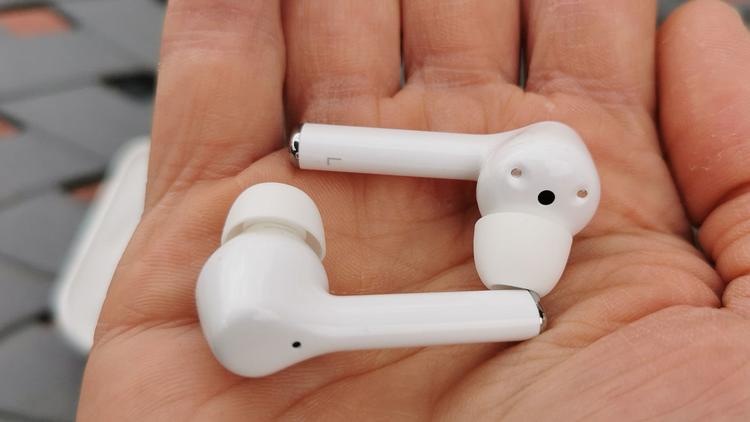 Mids and highs are well represented and the overall sound isn’t harsh. With smaller drivers than the FreeBuds 3, it’s quite a different sound overall.

It’s not the absolute best you can get at this level, but you’re not going to find a better-sounding pair with ANC for less.

In terms of noise cancellation, I was very happy with the 3i. The closed-fit design already does a good job of noise isolation, but there is a noticeable difference when you enable ANC. It removes the kind of white noise you get from air conditioning and computer fans.

It does a decent job of dulling conversations and the click-clack of office typing, and a better job than the FreeBuds 3 when it’s really noisy – but that’s mainly due to the sealed design.

Call quality is good – so the recipient of my test call told me. Noise cancelling works for phone calls too, but struggles when you’re outside and it’s windy.

This is what could be the deal-breaker with the FreeBuds 3i. You get up to 3.5 hours per charge, but it’s more like 2-2.5 hours with ANC enabled. The case offers 11 hours of further playback time -enough power to recharge both buds around three times.

The FreeBuds 3i cost £89.99 / €89.99 and you can buy them from Huawei directly or other retailers including Amazon. We couldn’t find them for sale in the US.

It’s a good price for the quality on offer, both sound quality and build quality plus features such as ANC. Note that the FreeBuds 3 have dropped in price to the point where they’re almost as cheap as the 3i, so you might want to go for those instead if you prefer the open design.

For alternatives – including models such as the Creative Outlier Air which last 10 hours on a single charge – check out our roundup of the best true wireless earbuds.

The FreeBuds 3i sound good and the active noise cancelling works well, so long as it’s not too noisy around you.

They would be ideal for use on long flights if it weren’t for the short battery life: you’ll get around 2-2.5 hours between charges when using ANC.

Remember that FreeBuds work best with Huawei and Honor phones: they do work on other Android phones, but you don’t get the AirPods-style pairing feature.