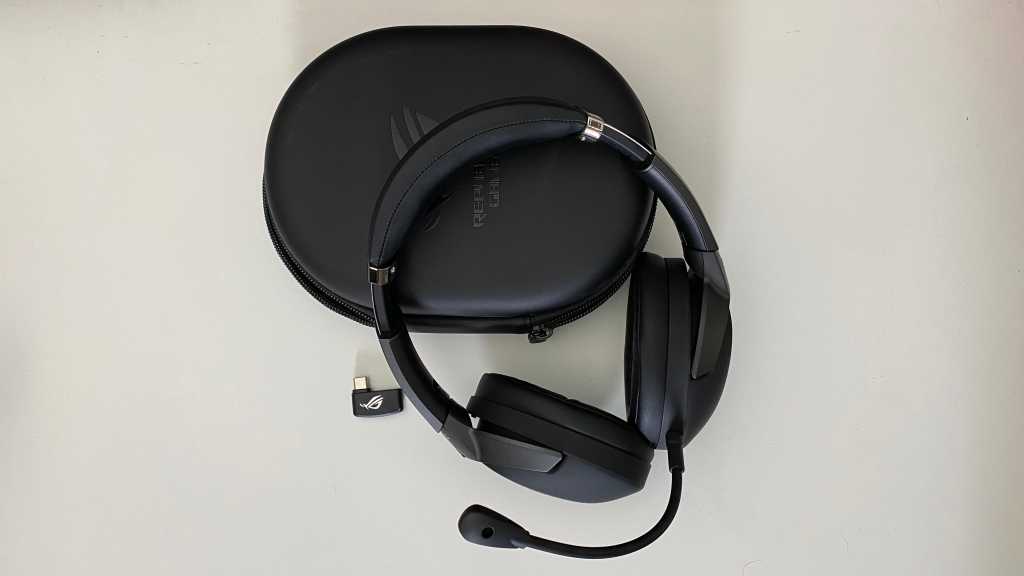 The ROG Strix Go 2.4 is the perfect headset if you’re a Nintendo Switch gamer, but the lack of Bluetooth means it’s not a headset you’ll use on your daily commute.

First revealed back at Gamescom 2019, the Asus ROG Strix Go 2.4 is one of a very limited number of wireless headsets that boast wireless compatibility with the Nintendo Switch alongside PC, PS4 and any other USB-C enabled device, but that’s not all that makes the Strix Go 2.4 stand out. Asus has also introduced AI-powered noise cancellation, removing the clicky-clack of the keyboard and just about anything else in your environment that’d traditionally be picked up by your mic and (probably) annoy your teammates.

But, is that enough to justify the £149.99 price tag? I’ve spent a lot of time gaming and listening to music with the ROG Strix Go 2.4, and here’s what I think.

When it comes to headset design, there are two avenues to go down: simplistic, or garishly over-the-top, and when it comes to the ROG Strix Go 2.4, thankfully, Asus opted for the former.

The subtle styling of the Strix Go headset, complete with relatively simplistic ROG logo and angular design, make it clear that this is a gaming headset, but it can be used for much more – in fact, the USB-C dongle and wired support mean you could easily use the Strix Go headset as your go-to cans for your daily commute – whenever they return, anyway.

It’s lightweight at only 290g, so you won’t feel that weighty feeling on the head over longer sessions, and the padded earcups and adjustable headband further improve the comfort on offer. These former aren’t quite as luxurious as those you’ll find on the Razer Nari Ultimate or Turtle Beach Elite Atlas Aero though, it has to be said. 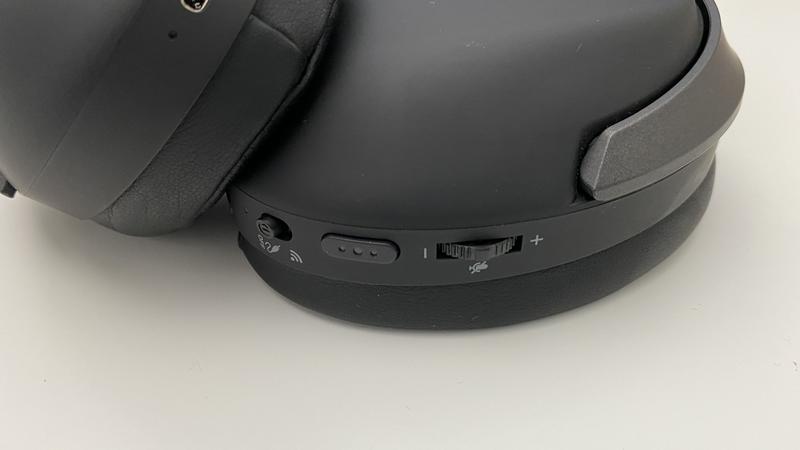 Being wireless in nature, the majority of the controls are on the headset itself. You’ll find controls that’ll let you tweak the volume, mute the detachable boom microphone (there’s no flip-to-mute here), control music playback and switch between the headset’s wired and wireless modes. That might sound overwhelming, but it’s actually pretty easy to find the desired control exclusively by touch.

The Strix Go, like many standard headphones, can be folded down to fit into small spaces, making it the perfect travel companion. In fact, the headset comes with its own hard-shell carry case with a pouch to store the various cables, adaptors and that detachable boom mic when not in use, and there’s even a dedicated slot for the USB-C adaptor. It’s a nice touch, but I must admit, I do prefer headsets that house the dongle when not in use – it makes it much easier to find when you need it.

When you combine the subtle design, foldable nature and the removable boom mic, it’s clear that Asus intends the ROG Strix Go 2.4 to be used as more than a gaming headset. It’s positioning it as the one headset you’ll need on your day-to-day, but there’s a massive catch: there’s no Bluetooth connectivity. 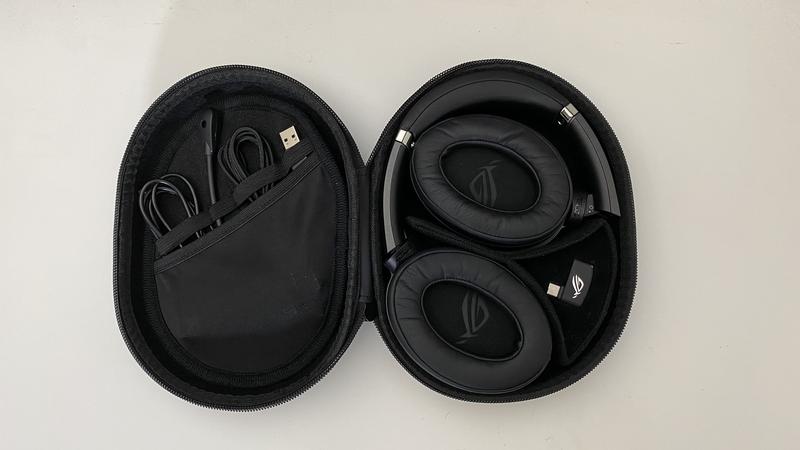 Features: Wireless compatibility… with the Switch?!

Though the Asus ROG Strix Go 2.4 is designed to be used either wired or wirelessly, the focus is obviously on the latter. As noted above, you’ll get a USB-C adaptor in the box (along with a USB-A adaptor if you don’t have USB-C on your tower) that acts as a receiver, and it should pair with the headset via 2.4GHz Wi-Fi within seconds of being plugged in.

There are plenty of great reasons to use 2.4GHz Wi-Fi over standard Bluetooth, including the near-instant connection, lack of lag and improved 20-metre range, but the need to use an adapter can be limiting too.

The main draw of using USB-C over USB-A is that it can be used with the Nintendo Switch, a console that is notoriously unfriendly to wireless headsets. Simply plug the USB-C adaptor into the bottom of the Switch, pop the headset on and you’re ready to go. It’s a huge plus for Switch gamers, but the downside is that without USB-C passthrough on the adapter, you’ll have to choose between using the headset and charging the Switch.

The USB-A adapter allows the headset to be used with other systems, including the PS4, but it won’t help if you wanted to use the headset with your iPhone or an older micro-USB Android.

While this isn’t an issue for a lot of other wireless headsets like the Bluetooth and Wi-Fi-enabled Sennheiser GSP 670, the lack of Bluetooth connectivity means it’s really hard for the Strix Go to be your main headphones like Asus envisions. Even if you do have a USB-C connected Android, would you really want to have to plug in a USB-C adaptor whenever you want to listen to music? I’m betting, like me, the answer is no.

All that aside, the Strix Go 2.4 offers great battery life, providing 25 hours of use on a single charge via, you guessed it, a USB-C port, and it’ll charge up in around three hours. 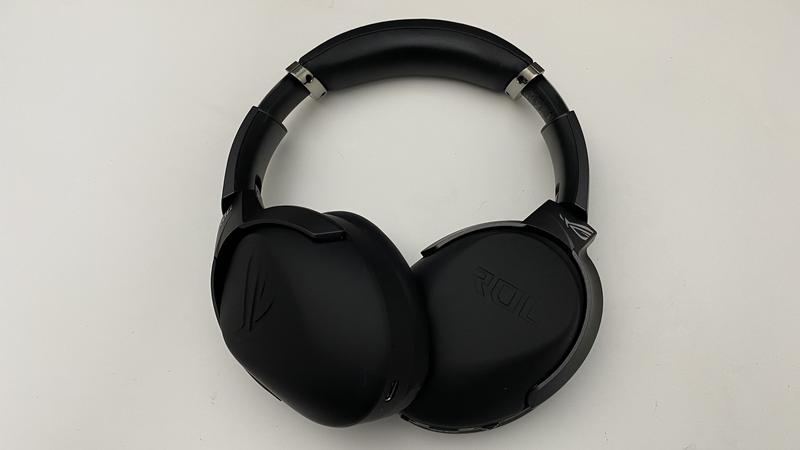 While a comfortable design and wireless connectivity are great, at the end of the day, it all boils down to audio quality – and thankfully, the Strix Go 2.4’s 40mm drivers perform impressively well. While some gaming headsets are a little too bass-heavy, Asus’ option offers a more balanced experience, making it a great option for listening to Spotify as well as blowing up your enemies in Call of Duty Warzone.

That doesn’t mean the headphones don’t perform well in the bass department: the bass is booming, helping increase the immersion in those explosive in-game moments, but it doesn’t overpower the mids and highs, allowing you to pick up on the finer details, like incoming footsteps or the clink of empty ammo shells hitting the concrete, and the vocals are clear as day too.

That being said, it shouldn’t come as a surprise that the headset offers Hi-Res audio support, although only when using a wired connection. The quality is detailed and generally impressive via wireless connection, but if you want the best experience possible when gaming or listening to music, wired is the way forward.

The other main feature of the Strix Go 2.4 is the AI-powered noise cancellation on offer. To be clear, we’re not talking about ANC for the headphones – instead, the ANC technology is there to help quieten loud background noise picked up by both the boom mic and integrated mics during party sessions. 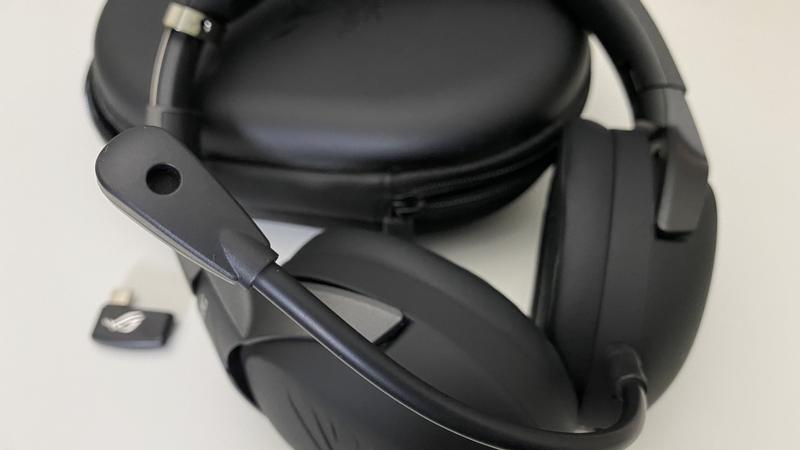 It’ll dramatically reduce the clicky-clack of the keyboard and anything else making noise in your room, but I must admit, there is a detrimental effect to overall sound quality – vocals sound noticeably more processed compared to other headsets on the market.

Still, it’s a feature that I’m sure your teammates will thoroughly appreciate!

With an RRP of £149.99, the ROG Strix Go 2.4 isn’t exactly among the cheapest gaming headsets on the market, but with that being said, you do get great value for money here – especially if you game on multiple platforms (Switch included!) and want a single great-sounding headset to use across all.

The good news is that it’s currently available a little cheaper than the RRP at Amazon, at £129.99 in the UK. Those in the US are currently out of luck, as the headset is yet to appear in American retailers.

If you want to get a better idea of the high-end headsets currently available, take a look at our pick of the best gaming headsets.

The Asus ROG Strix Go 2.4 is a great gaming headset, especially if you’ve been looking for a wireless headset to use with the Nintendo Switch – it’s one of a very limited number of headsets that offer compatibility with Nintendo’s portable. It looks good and the hard-shell carry case is a handy place to store the extra wires and dongles that come with the headset.

The USB-C nature is what limits it from being the one headset you use for gaming and listening to music on your commute, as not all Androids (not to mention iPhones) offer USB-C connectivity. There’s no Bluetooth on offer as a backup, although offering both 2.4GHz Wi-Fi and Bluetooth at this price point isn’t common. You do have a 3.5mm wired connection as a wired alternative though.

Still, with great audio quality that suits both gaming and music playback, the ROG Strix Go 2.4 remains a solid choice for consumers.