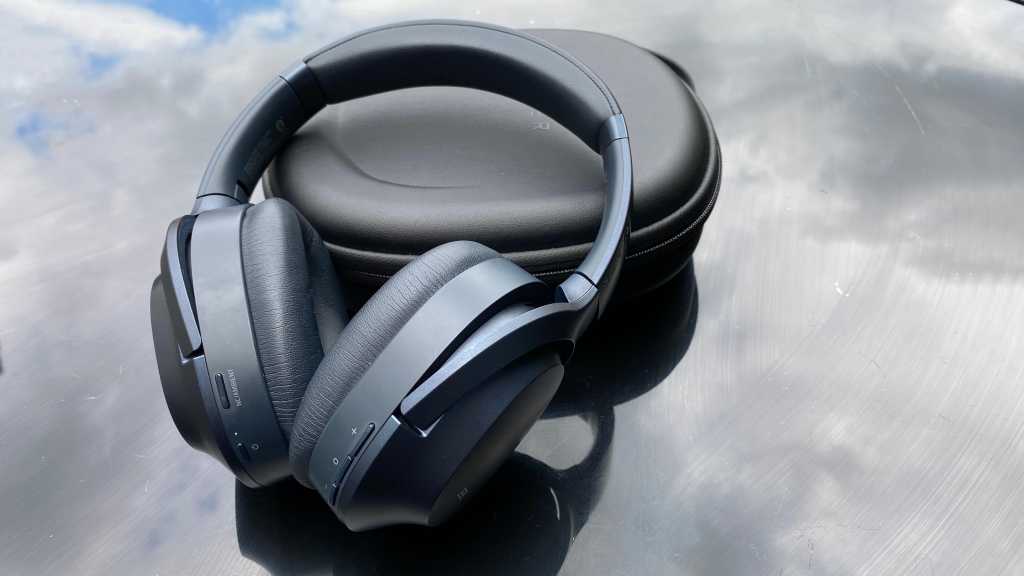 This is a Razer headset, but not like those you’ve come to know over the years. Rather than being your go-to gaming headset, the Opus looks to be your go-to for just about everything else, be it listening to tunes on your daily commute or chilling out to a nice podcast in the evening. It’s Razer’s first forte into the world of non-gaming headphones, and with THX certification and impressive ANC on offer for under £200/$270, there’s certainly a lot to like.

The sometimes garish gamer aesthetic of Razer’s gaming headset range is gone – not even the Razer logo is its usual lime green – with the Opus sporting a sleek, stylish monochromatic design complete with metallic silver accents. It certainly looks a lot better than some of the competition, but it’s not all about the looks – it’s pretty comfortable to wear too.

That’s largely thanks to the plush leatherette ear cushions, which are exquisitely soft to the touch and feel nice on the ear, and that same material is plastered across the headband to help alleviate some of the pressure you traditionally feel from over-ear headphones. The material isn’t just used because it feels nice though; it also creates a decent seal around the ear to pacify environmental noise. 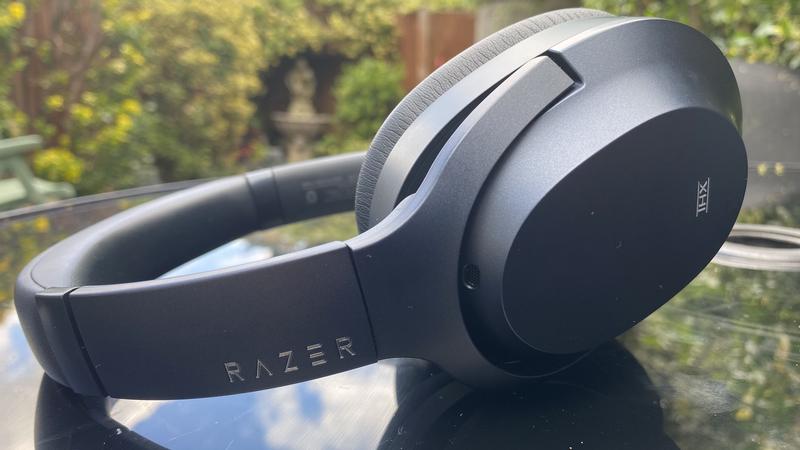 Razer says it has done a lot of work on the clamping force, and after using the headphones for a few weeks, I have to largely agree: it’s a snug fit, for sure, but you never get that head-squeezing pressure you find with other headphones. You’ve also got the option of adjusting the size of the headband and the angle of the earcups themselves to help find the ideal fit.

Using Bluetooth for connectivity, the controls are built into the earcups themselves. You’ll find buttons to control the power and active noise cancellation along with media controls on the right.

While I use the media controls to change volume, I rarely actually pause music myself, thanks to the auto-pause feature that’ll automatically stop playback when the headphones are resting around my neck and resume playback once they’re back on my head. Though a popular feature among high-end true wireless earbuds, it’s rare to see the tech featured on a pair of over ear-cans, and although it’s not without its flaws, it’s a nice touch nonetheless.

The auto-pause tech also helps improve battery life, and although I couldn’t time it to the minute, Razer’s 25-hour claim seems on the money – I’ve not had to charge them yet, and I’ve been using them sporadically for a couple of weeks now.

There’s also a USB-C port, used exclusively for charging, and a 3.5mm port for times when wireless connectivity isn’t available. You’ll find both a 3.5mm headphone cable in the provided carry case along with a headphone splitter for use on planes – handy if you’re a frequent flyer, or want to use high-end headphones when playing on the Nintendo Switch. 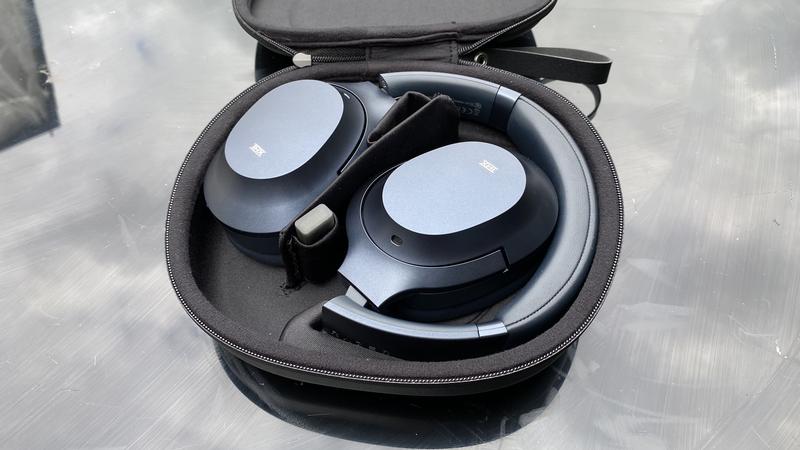 ANC and THX make for a great audio experience

The two main highlights of the Razer Opus are undoubtedly the Active Noise Cancellation, also known as ANC, and THX certification, with the former able to compete with headphones almost double the price. I wasn’t able to test it on the tube or on a plane, for somewhat obvious reasons, but the ANC does a fantastic job at negating the noise of passing cars and screaming kids on my daily walks. It’s not completely silent (then again, what ANC is?) but it’s certainly better than what you’ll find on most other £200 headphones.

The adaptive noise cancellation is powered by four microphones, dotted around the headphones, which intelligently analyse and cancel outside noises. It excels with low-pitched tones, like the rumble of a car engine, but you’ll still be able to pick up on the dulled high-pitched hiss of a passing bus, although with music playing it’s not something you’ll notice too often. The only criticism is that there’s a simple choice of on or off, where rivals offer differing levels of noise cancellation.

With such effective noise cancellation, how are you supposed to hear your environment? Razer does offer a solution to that problem with the Quick Attention mode, which uses the external mics to enhance ambient noise and allow you quickly reply to that annoying passer-by that’s trying to talk to you when you’re listening to music. Wait, that doesn’t happen to everyone? 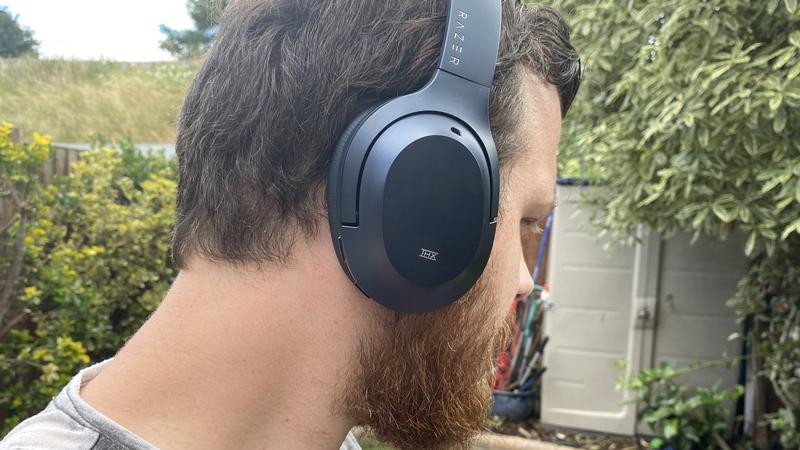 My only complaint is that you can’t simply toggle the Quick Attention mode on and off – you have to press and hold the button down while in use. I’d prefer to have a toggle, allowing me to hear my surroundings on my commute while listening to music at the same time. Safety first and all that.

As mentioned, the Opus headphones are THX Certified, and this is where there’s a real difference between these cans and Razer’s range of gaming headsets. While the gaming headsets are tailored more towards bass – understandable when you’ll likely be playing explosive shooters – the Razer Opus cans are much more balanced.

The balanced nature of the headphones mean that music, regardless of genre, sounds great. Whether listening to 6ix9ine’s GOOBA or a bit of Aretha Franklin, the headphones perform incredibly well – vocals are crisp and remain unaffected by the powerful bass on offer, and the clarity is beyond what we’d expect from a pair of £200/$270 headphones. A word of warning though: these are headphones that need to be ‘broken in’ before they perform at their best.

You can use the Opus app for iOS and Android to tweak the EQ, ditching the THX tuning for presets that enhance vocals, bass and other elements, but honestly, I’ve found the THX preset to be the best for music, movies and TV shows. And, with support for both Apple’s AAC and ATPX favoured by Android, there’s no real difference in audio quality when used on iPhones and Android smartphones. 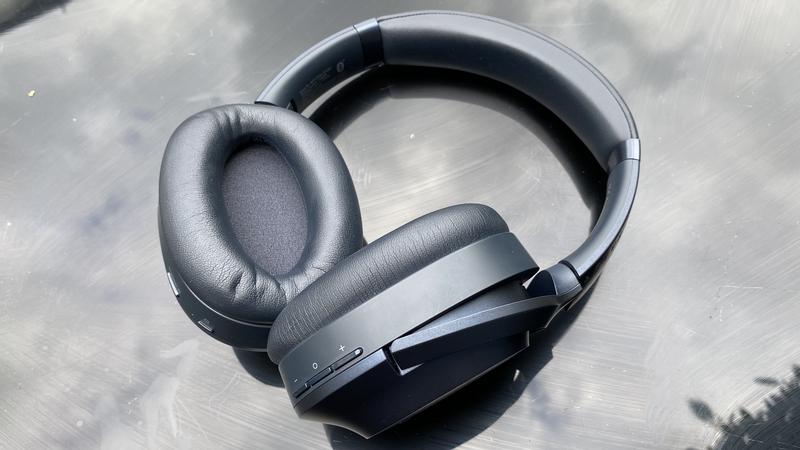 With such great ANC performance and audio quality on offer, the £199/$269 price tag of the Razer Opus headphones is a little surprising. I’d argue that the quality of ANC is comparable to that of the Bose QC 35 II, a pair of cans that cost £130/$90 more than Razer’s option. It’s also smarter than much of the competition, with auto-pause tech not found on many other over-ear headphones.

If you’re interested in picking up the Razer Opus, you’ve only got the Razer site to choose from right now, although I imagine it’ll be available from retailers like Amazon shortly. If you need more headphone inspiration, take a look at our selection of the best headphones, and the best ANC headphones too.

While some ANC headphones are truly bank-breaking, the Razer Opus offers impressive ANC technology at an affordable price – and it doesn’t stop there either. The monochromatic finish with silver detailing looks premium, and the soft-touch leatherette earcups and headband cushioning are incredibly comfortable while also aiding passive noise reduction.

The highlight is the sound quality: with THX certification, the Opus cans are incredibly well balanced, delivering crisp highs and punchy bass that can handle just about anything you throw at it, be it music, movies or TV shows. It has handy features on offer too, like the auto-pause tech and a companion app for iOS and Android to tweak the EQ.

The Opus represents a new direction for Razer, a company solely focused on gaming peripherals up until this point, and I can’t wait to see what the company does next.