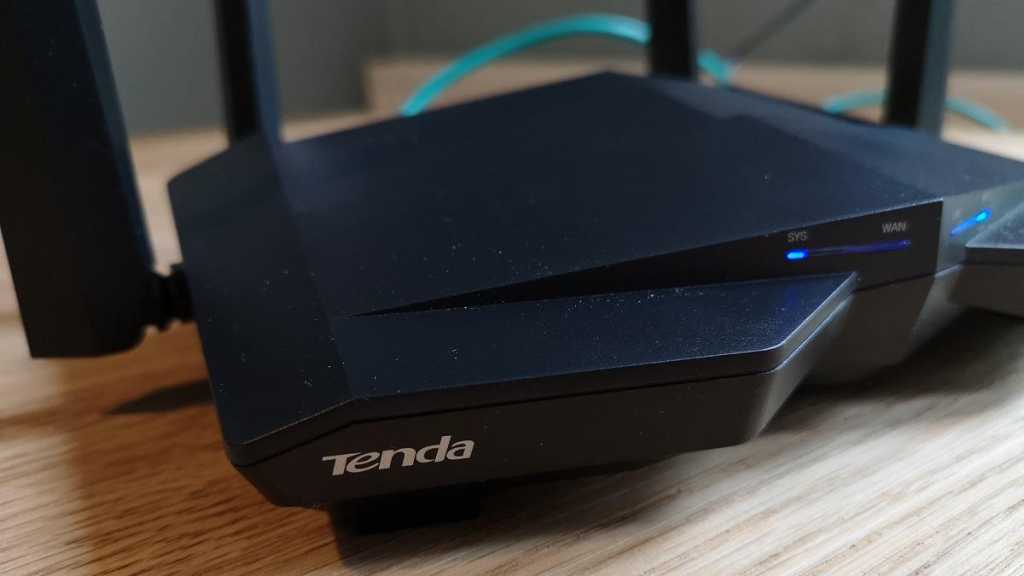 If you’ve not upgraded your router in a while – or your ISP is too stingy to send you a newer up-to-date model – then the Tenda AC10U AC1200 might be what you need while you’re waiting to switch services. It’s very reasonably priced, and easy to set up and use, too.

The Tenda AC10U AC1200 is an inexpensive and feature-rich 802.11ac Wave 1 router aimed at folks who want a replacement for their ageing ISP-supplied router, but are operating on a tight budget.

NOTE: This router does not have a built-in modem so isn’t suited if you get your broadband over a phone line. It’s designed for cable broadband, but can also be used with a separate ADSL/VDSL modem.

For £40/$45, you get a dual-band (2.4GHz, 5GHz) router with three Gigabit LAN ports, MU-MIMO technology, which means that more devices can make use the same connections simultaneously, as well as other handy features like the ability to create a Guest Wi-Fi network, and apply parental controls on a per-device basis either from the router’s admin console, or from your phone with the Tenda WiFi app.

Find out how well the Tenda AC10U fares in our full review.

Like a lot of routers, the Tenda AC10U is mean-looking contraption that resembles a cross between a B-2 stealth bomber and a Minecraft spider.

Four status LEDs – for system, WAN, LAN, and Wi-Fi – sit front and centre, and poseable antennas, which are handily already screwed on for you, flank the back and sides.

In terms of ports, you get a USB 2.0 port – for attaching external hard drives to – three Gigabit LAN ports for your wired Ethernet connections, and one Gigabit WAN, for connecting to your modem.

The Tenda AC10U does not come with an integrated VDSL modem, meaning that if you want to use this with a Fibre to the Cabinet (FTTC)-based service from the likes of BT, Sky, and TalkTalk, you’ll need to make sure you have a separate modem already.

Likewise, the only way you’ll get this working with a Virgin Media service is if you have a DOCSIS cable modem – or you do what I did, and set up your Virgin Media Super Hub 3 so that it’s running in Modem Mode.

Getting the Tenda AC10U AC1200 up and running is relatively straightforward. It’s a case of running an Ethernet cable from your modem to the router, connecting everything to the mains, and once the device is powered on, heading to tendawifi.com to complete the set-up process.

You’re best off doing this via laptop or desktop PC that’s connected to the Tenda via Ethernet.

Whichever way you do it, you’ll first be prompted to select your connection type, from PPPoE, Static IP, or Dynamic IP. You’ll likely want Dynamic IP – all DNS and gateway information will be entered automatically.

Once you’ve established an internet connection you’ll then be prompted to create names for the 2.4GHz and 5GHz channels – they’ll be set to something like ‘Tenda_XYZ123’ and ‘Tenda_XYZ123_5G’ by default – and set the Wi-Fi and admin passwords.

The Tenda AC10U will ask if you’d like the Wi-Fi and admin passwords to be the same. While it’s tempting to do this for the sake of convenience, don’t – create strong passwords for both instead. Keep them separate, keep them safe.

The desktop control panel of the AC10U is not especially flashy, but at least it’s easy to find your way around, thanks to the sensible layout. Once everything’s set up, you’re ready to start connecting all your laptops, phones, and consoles. The Tenda WiFi app (iOS, Android) really comes in handy here.

This pretty much gives you access to the same features available via the router’s usual control panel, albeit in a much nicer to look at menu.

From your phone you’re able to see at a glance which devices are using your network, whether they’re on the 2.4GHz or the 5GHz Wi-Fi band, or whether they’re wired in. If there are any devices on there that you don’t recognise, you can kick those off of your network.

Tapping on individual devices lets you limit speeds (handy if one flatmate is hogging the airwaves) and apply parental controls. Controls available include a timetable setting, letting you specify things like homework hours, and a web content filter.

While the content filter lets you set up lists of blocked and approved sites, it’s not only easier to do this from the router’s desktop control panel than it is the Tenda WiFi app, but the desktop portal lets you enter website keywords, too. As parental controls go, they’re not as sophisticated or easy to use as what you’d find in an antivirus suite.

As well as configuring traffic and settings for devices on your network, the Tenda WiFi app also lets you access content on any external USB hard drives, and create a temporary Guest Network. This is handy if you’d rather not share your password with everyone who comes to stay, and from the app, you can set time limits of four to eight hours.

There’s also an ‘Accelerate WiFi’ tool which scans all of the Wi-Fi channels for interference, and if you like, you can even schedule the Tenda AC10U to shut off the Wi-Fi radios at a certain hour, meaning only devices using Ethernet will remain connected to the internet. As well as this, the Tenda WiFi app also allows access to more mundane features like checking for software updates, and changing passwords.

In practice, it’s a little slower than that, as the aggregate speed test results below show.

While the speeds were perhaps a little under par, what’s really impressive is how the Tenda was able to give us some Wi-Fi coverage outside in my garden, something that the Virgin Media hub can’t achieve without the help of a Wi-Fi extender.

It was also interesting to note that while the Super Hub 3 provided faster Wi-Fi speeds on the ground floor, the AC10U was able to provide much better whole-home coverage.

I tested out the Tenda AC10U AC1200 in a three bed terraced house in south London. The first lot of tests took place 1m away from the router, which is set up on the ground floor at the front of the house, close to the master socket. The second test took place 5m away, with one wall in the way, with the third and fourth tests taking place one floor up and two rooms back, and out in the garden (roughly 14m from the router), respectively.

While I couldn’t get hold of one in time for this review, the Tenda AC10U AC1200 is designed to pair with an A9 Wireless N300 adapter. While these sell for a mere £15/$31.89 on Amazon UK and Amazon US, the A9s are single-band (i.e. 2.4GHz only) and offer top wireless speeds of 300Mbps – which simply doesn’t compare to what you’d be able to get with a more up to date (and expensive) mesh system like Google Nest Wifi or Netgear Orbi.

Still, the option’s there, and in a pinch, it’ll likely do.

For buyers on legacy broadband packages (especially buyers in the UK), that’s a tempting price, especially when you consider that the likes of the BT Smart Hub is priced at around the £120 mark.

Check out other options in our best Wi-Fi router chart.

The Tenda AC10U AC1200 offers impressive performance considering how much you’re being asked to cough up, and it beat the standard-issue Virgin Media router in terms of range.

While that £40 price tag is very attractive, overall, the AC10U is not as good value for money as the D-Link EXO AC2600, which offers faster speeds, an additional Ethernet port, built-in McAfee security software and integration with Amazon Alexa and Google Assistant, for around £100 more.

You do get a lot of welcome features with the Tenda AC10U AC1200, like Guest Wi-Fi and parental controls, these are on the rudimentary side.

That said, you might not be bothered about Alexa integration, and have your own anti-virus package already – in which case, we’d recommend the Tenda AC10U if you’re in the market for a (very) cheap router.