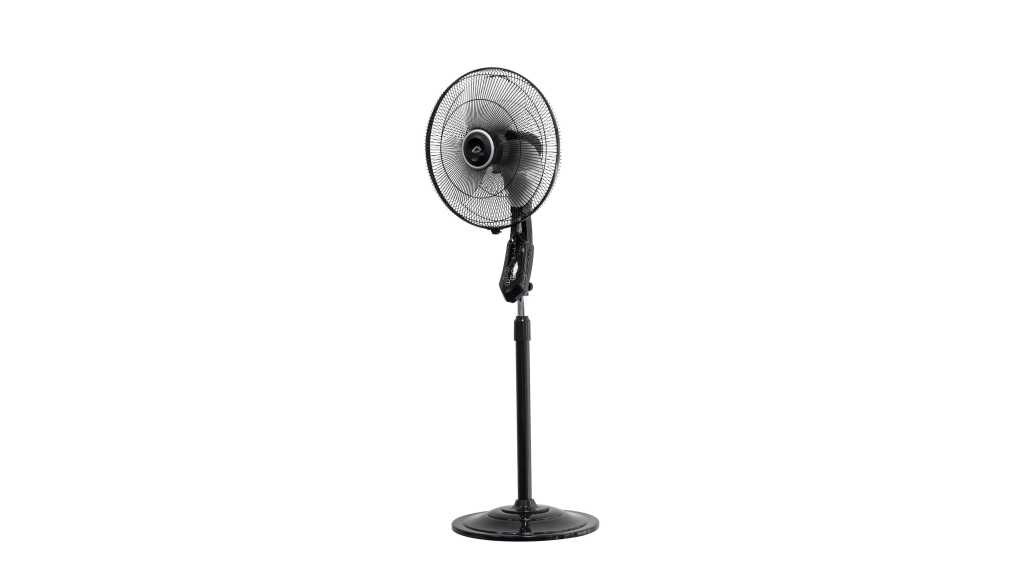 As the days get hotter, it’s likely that you’ll dig out the old, noisy pedestal fan you’ve been using for the past 10 years. And why wouldn’t you? Fan technology hasn’t really changed much over the past decade, so there has been no need to buy a new one – until now, that is. Like most parts of the home, the humble pedestal fan has been dragged into the 21st century, with the AirGo Smart Fan offering not only a connected app, but a way to control your fan via your voice too.

Is it smart enough to tempt hot, sweaty consumers away from cheap pedestal fans? After spending a lot of time using the AirGo Smart Fan, I really think it is.

On the surface, the AirGo Smart Fan looks like a standard pedestal fan, complete with large 16in blades and a circular protective grill, adjustable stand height, control panel on the body and a weighted base. The base is circular, rather than using four legs like cheaper options, meaning it’s way more stable than the cheap ones you find at Sunday Markets. The all-black design is a nice touch too, giving the fan a more premium look than the cheaper all-white fans.

The only real difference in terms of design is the control panel: where many fans have simple on/off controls and a dial to adjust speed, the AirGo goes much, much further. You’ll find buttons to control speed, swing, airflow power, airflow modes and even a timer, allowing you to control much of the functionality from the fan itself. These are touch-capacitive buttons rather than physical buttons, requiring a tap for input, and they work well generally, but they might be a little too sensitive – I’ve accidentally pressed buttons while adjusting the angle of the fan, for example. 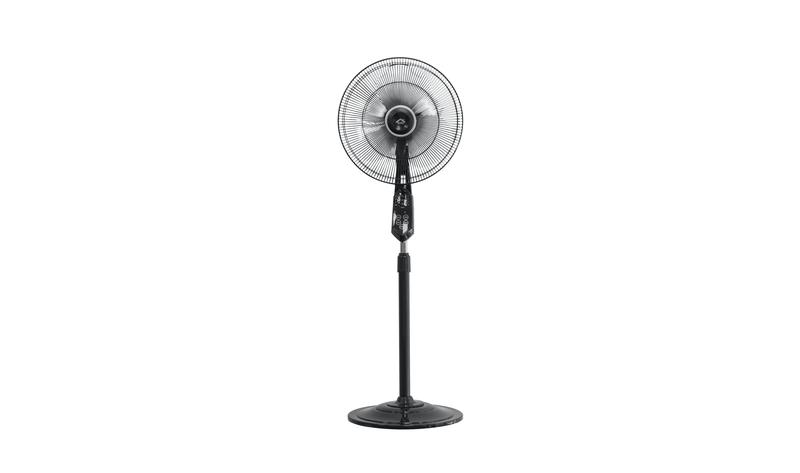 Above the touch controls is what I can only describe as a lightshow that’d outshine a typical Christmas tree. There are various blue LEDs used to display the status of the fan, showing the current timer, mode, strength and power status, allowing you to see your current settings at a glance. 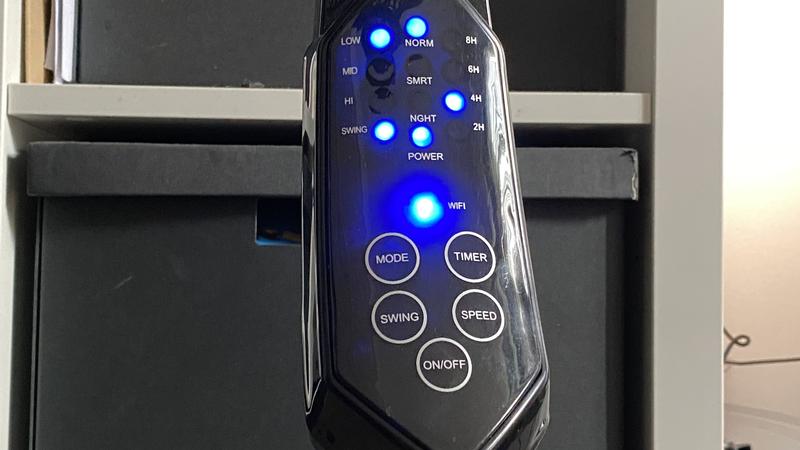 That makes sense, but annoyingly, there’s no way to disable the lights, and they are very, very bright. It’s not too noticeable during the day, but if you’re like me and like a nice breeze while falling asleep at night, you’ll likely be blinded by dazzling blue lights in an otherwise dark room. I actually had to tie a sock around the control panel to block the light, but even that isn’t a perfect fix.

Once you get past the issues with the bright LEDs and touch-capacitive controls, the AirGo Smart Fan really starts to perform well. Firstly, and most importantly, the airflow is great. The fan blades are large at 16in, meaning it can easily circulate air around the room, and there are three levels of airflow speed to choose from. The lowest setting is akin to a gentle breeze while the most powerful provides a constant stream of fast-flowing air.

That would be good enough for most people, but the AirGo goes a step further by introducing modes. You’ve got Normal, Smart and Night to choose from. Normal does what you’d expect, delivering a constant airflow, but Smart does things a little differently. Instead, the fan will intelligently speed up and slow down to create an effect similar to a natural breeze, with natural peaks and troughs in the flow of air. It’s a great feature, especially on those hot days during lockdown when you just can’t seem to cool down. The night mode offers a similar effect, but with a lower top speed as to not disturb you when trying to sleep. 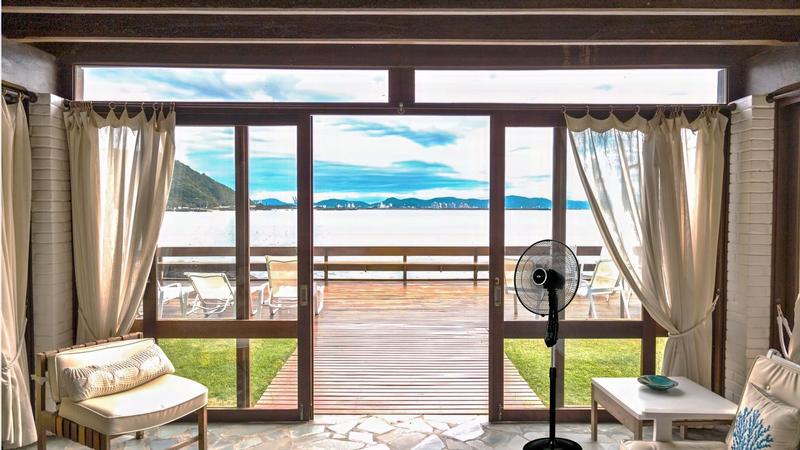 While some fans rattle, hum and creak, especially as the speed increases, the AirGo is surprisingly quiet in operation. You can hear a little hum when it’s at maximum speed, admittedly, but there’s barely a whisper when set on either the low and medium airflow modes, and it has been described as one of the quietest on the market by Quiet Mark. If you’re one of those people who pick up on small, irritating noises easily, this could be the fan for you.

But it’s a fan with smarts

The AirGo is among the first in a new breed of smart fans, offering a connected experience via both an app for iOS and Android, and voice control using either Amazon Alexa or Google Assistant. You might think it’s a bit of a gimmick, and you’d be forgiven for doing so, but it’s way more than that.

I was sceptical about using an app or virtual assistant to control a fan that’s generally only about 5 feet away from where I’m sitting, but the convenience of the latter is just too tempting. “Alexa, turn on the fan” will get the fan whirring within a couple of seconds, and it’s just as easy to turn it off too. The voice controls are limited to turning it off and on for now, but I’m hoping that’ll expand in future, allowing you to set timers, adjust the power level, change airflow modes and more with your voice. 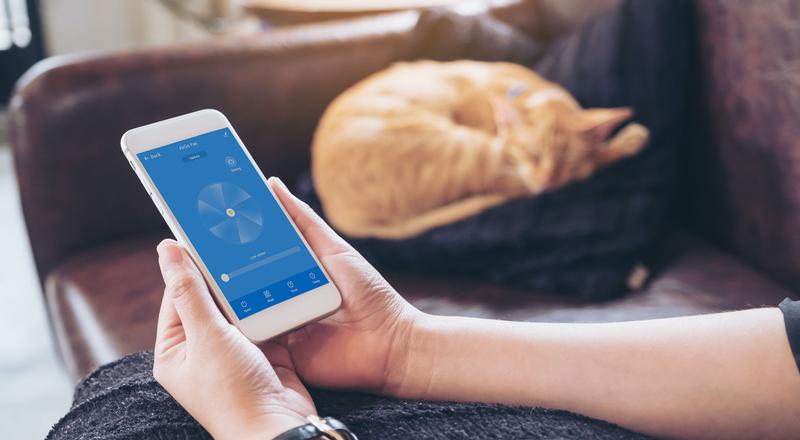 For now, then, the main way to access the smart functionality of the AirGo is via the GeoSmartPro app for iOS and Android. That’s a risk for any smart product – a bad app can ruin the overall experience of any smart home tech – but thankfully, GeoSmartPro has taken the time to get it right. The app is simple to use, with easy access to all the key features and controls outlined earlier, along with a scheduling feature not accessible via the physical controls.

It does what you’d expect, allowing you to turn the fan on or off at a specific time on a specific day. I’ve got it set up to turn on around an hour before I wake up in the morning and turn off within a few minutes of my alarm. It means I’m nice and cool when I wake up on those hot summer mornings, and I don’t have to faff around with turning it on or off myself either. It’s a simple feature, admittedly, but it really makes a difference.

At £109.99 (around $139), it’s certainly expensive for a pedestal fan, but I think the smarts, integration with Alexa and Google Assistant, quiet performance and powerful air circulation make it worth the money. With that being said, if you simply want a fan to blow some cool air around the room every now and again, you could probably save yourself a lot of money by going for a ‘dumb’ variant.

If you’re tempted, you can pick up the AirGo Smart Fan on Amazon and GeoSmartPro in the UK right now, and if you want more inspiration, I’d recommend taking a look at our selection of the best fans right now.

If you’re on the market for a new fan and want to integrate it into your smart home setup, the AirGo Smart Fan is the ideal option. There’s a variety of features available, including a smart mode that’ll simulate the ebb and flow of a natural breeze, but it’s the smart features like being able to control the fan via a smartphone app and virtual assistants like Alexa and Google Assistant that really steal the show.

As a fan, it works perfectly, with 16in blades providing consistent airflow, and it’s surprisingly quiet in operation too. But if you aren’t interested in the smart features available, you could save yourself a lot of money by going for a ‘dumb’ pedestal fan instead.