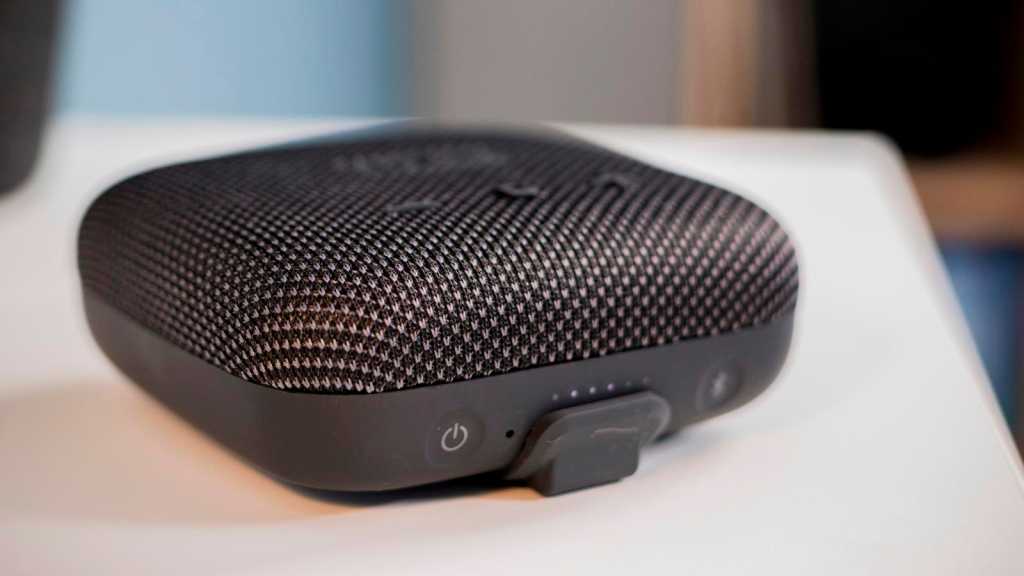 Tribit is starting to carve out a niche in the audio market. Its QuietPlus ANC headphones came without a hefty price tag, and it seems that this mini Bluetooth speaker is following the same trend when it comes to cost.

I spent some time with the StormBox Micro to see how it shapes up as a portable speaker. If you’d like to know more about other options, then see our chart of the best Bluetooth speakers out there at the moment.

The design of this speaker is extremely similar to that of the Bose SoundLink Micro. It’s a compact square that can fit in the palm of your hand and is quite lightweight, making it easy for porting around to different locations. 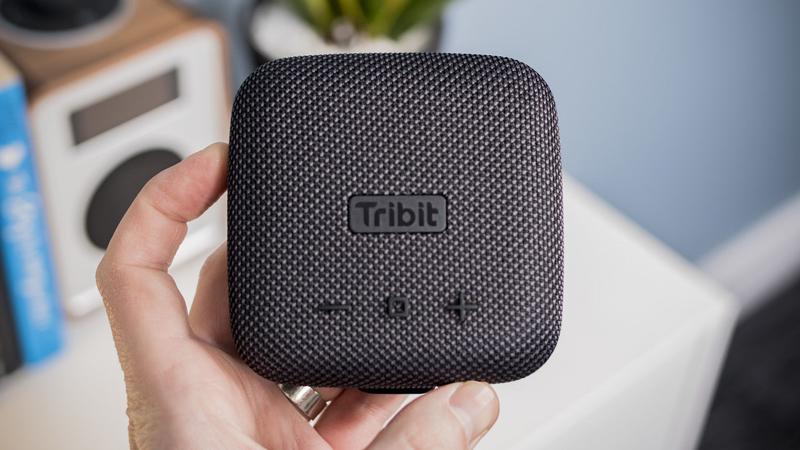 On the top of the speaker you get volume controls, plus a multi-functional button in the middle which you can use for playing/pausing, skipping tracks, phone calls and activating Siri. On the front edge you get a power button, the Bluetooth pairing button and six LEDs so you know how full the battery is (though the speaker also voices when the battery is low as well).

There’s a USB-C port on the side which is purely for charging purposes, and you don’t get an aux port included either. So if you’re planning on wired connections to your speaker in case you run out of battery (or for anything that doesn’t have Bluetooth), you won’t be able to do this.

I did notice that the speaker stopped being paired with my PC after leaving it alone without playing anything, after the PC had locked. However, this was only an issue on my computer and not with my phone – but it may be a feature included to save on battery.

There’s a tight band around the back which you can use if you want to hook the speaker onto something like your bike handle. It would have been nice if this strap was adjustable in some way as what it can fit on is limited, but the feature is nice to have nonetheless.

The StormBox Micro comes with an IP67 rating, making it both waterproof & dustproof, so having it out in some light rain or by a poolside shouldn’t hurt it. With Bluetooth 5.0 technology, it also has 100 feet radius. I tried pairing the speaker with my phone and listening from different floors in my house, and had no issues.

The sound is crisp and clear from the fairly modest 9W output, and has surprisingly good bass levels, something Tribit puts down to their built-in ‘XBass’ DSP technology. It can also produce quite decent volumes for a speaker that’s on the diddy side. You don’t get any customisation options on the sound however, as you do get on similar priced rivals.

Admittedly if you wanted to use it for a large party, you’d probably want multiple, but this is the perfect speaker for porting around with you for small gatherings or using on your own. I enjoyed using it for podcasts, chilled music and enhancing my movie experience. 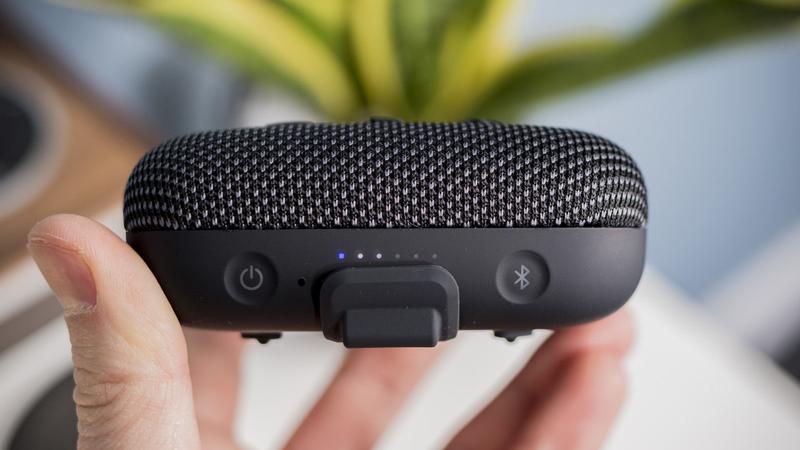 The Stormbox Micro also comes with a ‘party’ function, so you can pair it with another speaker for a stereo sound effect. I particularly enjoyed this and found it great for home entertainment setups, like watching films or even playing games.

The sound quality was notably improved with double the speakers, and the affordable price means that two will cost you the same price as one premium rival that is of a similar standard.

There’s no fuss with this speaker, it’s easy to use on numerous devices, even for someone who isn’t familiar with Bluetooth speakers in general. The pairing process is easy, both to your device, or adding in a second speaker.

The speaker takes around three or four hours to charge from flat to full, which is a little on the slow side. You do get a USB charging cable included, and this appears to be the only type of cable you can charge from – you can’t use any regular USB-C cable.

The StormBox Micro has around eight hours of play time, giving you plenty of sound to last you several sessions, or a whole entire working day.

The StormBox Micro is out now in the UK, US and parts of Europe. It costs £49.99/US$55.99 at the time of writing, and you can purchase it from Amazon UK, Amazon US and the Tribit store.

Amazon UK buyers can also get 30% off of the retail price using the code TRIBITUK10. This is valid until midnight 27 June 2020. 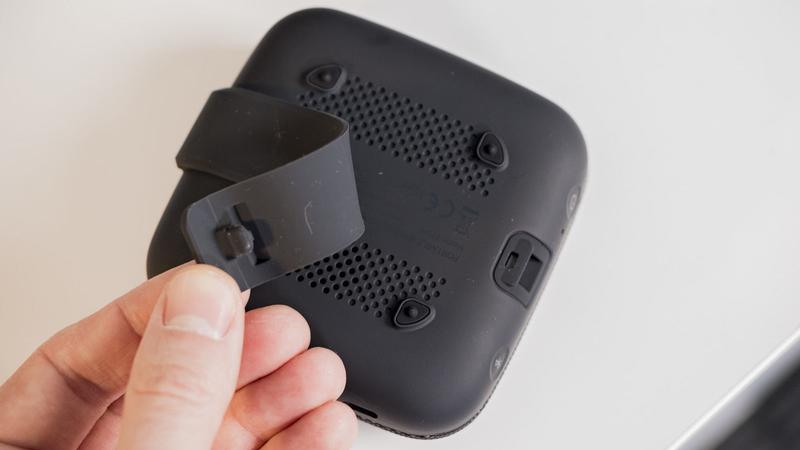 In terms of comparison, this speaker boasts a similar build to the Bose SoundLink Micro. However, that costs £99/US$99, so it’s nearly half the price. Other rivals that sit within our picks of the best cheap Bluetooth speakers are much bulkier – and whilst some include more ports and sound modes, their lack of portability still make the StormBox a contender.

There’s no denying that despite the odd niggles, this is still an extremely affordable Bluetooth speaker option that doesn’t compromise on sound quality.

The Tribit StormBox Micro is a great price for the audio quality that you get. It’s by no means perfect – mainly that the charging time could be quicker – but it’s definitely worth considering if you’re in the market for a speaker to take with you on the go.