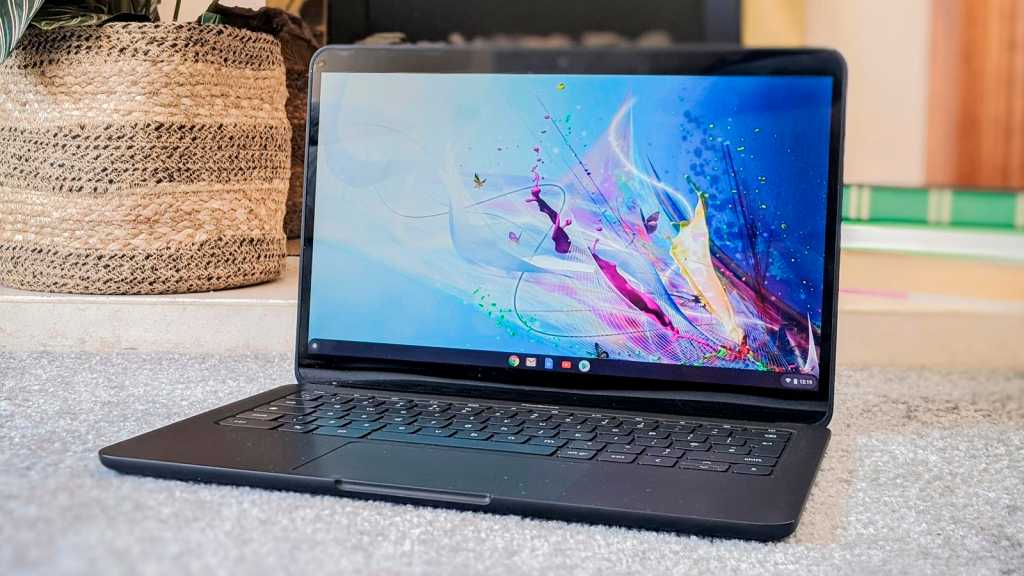 With a portable design, crisp display, quiet keyboard and all-day battery, the Pixelbook Go is a brilliant Chromebook option – though the higher-spec models are on the pricey side.

dGoogle released the Pixelbook Go back in 2019 as a successor to the Pixelbook, but with a much more affordable price tag. The word ‘Go’ in the name is certainly fitting – as this Chromebook has features that are perfect for anyone who needs a device that can be ported around with ease.

We spent some time with the Pixelbook Go to see if this Chromebook lives up to the hype – keep on reading for our thoughts in full. Alternatively, take a look at our guide to the best Chromebooks to see how rivals compare.

At 1.06kg this is a featherweight device, and at only 11.4inch x 8.7inch, it can slip into most backpacks with ease. It’s perfect for students, as well as remote workers who use the Google ecosystem for most of their day-to-day tasks (such as the Tech Advisor team right now!).

The magnesium alloy body has a matt finish with curved edges. Whilst this does look polished, it picks up fingerprints quite easily, something to keep in mind if you’re bothered by this. We tested the ‘Just Black’ variant, but you can also get the Pixelbook in Google’s ‘Not Pink’ finish, although that’s only available on the 8GB/128GB version.

The bottom of the Pixelbook Go is ribbed to allow you to grip it more easily. Whether you like the bold appearance or not is a matter of preference, but as a self-confessed klutz, I was a big fan. It’s also comfortable to use and doesn’t feel strange in your lap. I did find on occasion that the Chromebook got a little on the hot side, though not to the point where it affected performance.

Both the top and bottom of the screen have quite large bezels that limit the display ever so slightly. Perhaps for future models, Google should look at maximising this space for a better viewing experience.

You also get a touchscreen with the Pixelbook. Personally, I didn’t find a lot of use for it – especially as this Chromebook can’t transform into a tablet option. However, if you enjoy design-based apps or the odd game that utilises touchscreen, you may find otherwise.

On the top of the screen, you get a 1080p webcam – almost unheard of on cheaper Chromebooks. The quality of the video is really decent, and the built-in microphone gives crisp audio quality. If you’re big on your video calls and conferences (who isn’t at the moment?), then the Pixelbook Go is definitely a good choice. Should you want to take a snap, then the camera has a resolution of 2Mp.

Ports wise, you only get two USB-C slots (this device uses USB-C charging) and a headphone jack. The lack of USB-A and HDMI means that the bottom half of the Chromebook is quite slim which is a plus, but just keep in mind that if you need these inputs you’ll need to purchase external adaptors.

Google’s keyboard features what they dub ‘Hush’ keys, and these certainly live up to the name. The keypress is ultra-quiet and extremely gentle on the bounce-back. Speakers are built into the sides of the keyboard, and this is actually a great location as it offers decent audio quality even if the laptop is resting on a surface.

The Pixelbook Go we tested came with an Intel Core i5 processor, 8GB RAM and 128 GB storage, but there are three other models you can choose from.

Whilst there is plenty of room for your various files, the integration into Google’s ecosystem means that most of your work will save on the cloud anyway, so you shouldn’t run out anytime soon.

The Go is extremely fast, even with numerous tabs open at one time. Obviously, it isn’t designed to run anything heavy-duty, but I was able to take on some basic photo editing whilst having other things running in the background with no issues whatsoever.

Despite the larger bezels that we mentioned earlier, the 13.3inch, 1080p screen with 16:9 ratio produces great colours and is bright enough to work with, even under direct sunlight. It’s great for streaming, as well as editing photos. The top-end Pixelbook offers a 4K screen, but the high price-tag and lack of ability to game make this feature seem a little redundant unless you expect to watch a lot of 4K videos.

Google promises up to 12 hours’ battery life from the 47Wh cell, and the Pixelbook Go almost lives up to the claim, lasting 10 hours and 53 minutes in our continuous video test. In real-time I managed to use it for a full working day, watching videos and listening to music at the same time without needing to run for my charger.

Charging times aren’t half bad either, with the device topping up to 28% in 30 minutes from empty. The battery life is one of the highlights of the Pixelbook Go, outperforming other rival Chromebooks.

There’s no denying that setting up the Pixelbook Go is a breeze. If you already have a Gmail account, then this process should take no longer than five minutes. All my work tabs were ready and waiting for me thanks to Google Drive, and instructions were easy to follow. Even the least tech-savvy people would be able to use this Chromebook straight out of the box.

The Pixelbook Go runs on Chrome OS, a lightweight system that runs most things through the browser. You can download apps from the Google Play Store – just like you would on an Android device – but the majority of these are web-based anyway. The overall impression is clean, minimalistic and easy-to-use.

The main tabs on the taskbar – Gmail, Google Docs and YouTube – open within a web browser window. Chrome OS works almost exactly the same as Google Chrome, and you can still access the Google features offline if you’re sans internet. You can also set up Google Assistant on the Pixelbook, both on your keyboard and via voice control.

If you’re not fully committed to the Google ecosystem, you can still download Microsoft Word and other related programmes on the Play Store, but they aren’t as advanced as the full software versions.

Chrome OS obviously isn’t as customisable or advanced as the likes of Windows 10 and macOS, but if all your work can be done through the cloud and you’re happy to work within Google’s programmes, it’s a great option to look at.

Most people who opt for Chromebooks forgo the capabilities of a laptop to save a few hundred quid. However, if you choose the highest spec Pixelbook Go, be prepared for it to be substantially pricier than most rivals.

There are a few different spec options, which at the time of writing cost:

You can currently buy the Pixelbook Go from Google, John Lewis and Argos in the UK. In the US you can also get it from Google, as well as Best Buy.

Although this is a quick and responsive Chromebook, it’s worth keeping in mind that the two higher-end options cost around the same as numerous fully-fledged laptops such as the 2020 MacBook Air, which is a much more versatile device.

As for rival Chromebooks, the Asus Chromebook Flip C434TA comes with the same processor options and screen as the Pixelbook Go, but comes in a little cheaper, starting from £599. In general, most other Chromebooks that aren’t made by Google in our top ten list come in under £600. However, the Pixelbook merits that slight step up in price for its killer battery, simple OS and high-end design.

All in all, we’d recommend the two entry-level options, which offer the best bang for your buck.

If you’re on the search for a Chromebook that’s easy to use, long-lasting and well-designed then you should absolutely consider the Pixelbook Go. It’s an all-rounder and outperforms other Chromebooks in numerous areas.

However, whilst the two cheaper variants are worth the investment, the higher-spec options are harder to justify. For that price, you could purchase a much higher-spec laptop running Windows or macOS. Plus, Chrome OS is mostly designed to save most of your work on the cloud anyway, so the extra storage space shouldn’t be a massive priority.

Nonetheless, there’s no denying that the Pixelbook Go should be at the top of your list for consideration if you’re on the search for a new Chromebook.